Why Bamboo Poles Support Trees in the Summer

Around this time of year, if you travel to Taiwan, you’ll often see large trees held up by a series of bamboo poles or ropes.

At first, I saw one tree like this, then a couple more. I thought some of the trees were undergoing some form of maintenance, there were a lot of cicadas buzzing around after all.

As I traveled around more, it became clear this wasn’t just an individual thing—it was an island-wide routine. 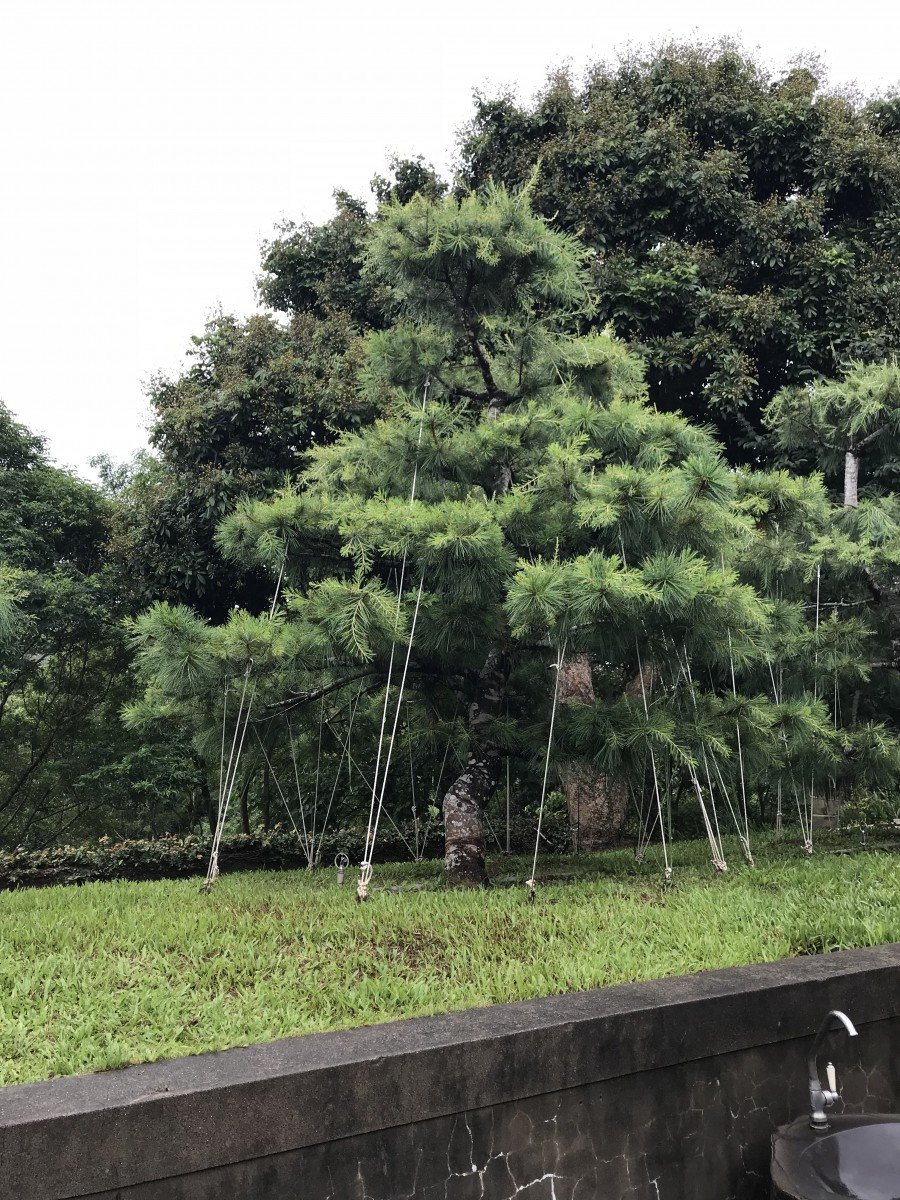 By now, if you guessed the purpose was weather-related, you would be right.

Specifically, the bamboo and rope is used to prevent the trees from breaking in the winds caused by typhoons (颱風 / tai feng).

Typhoon season in Taiwan is generally from June to October. During this period, Taiwan experiences high rainfall and, in the case of typhoons, winds over 74 miles per hour (119 km/h).

I haven’t experienced typhoon-style weather in Taiwan (though I have experienced earthquakes here). I wonder if I would be so brave as to be like the Typhoon Bao Lady, munching away at a 包子 in inclement weather.

Anyway, here are a few more photos I took of trees being secured in preparation for future storms. I’m amazed by how well-secured each tree is. 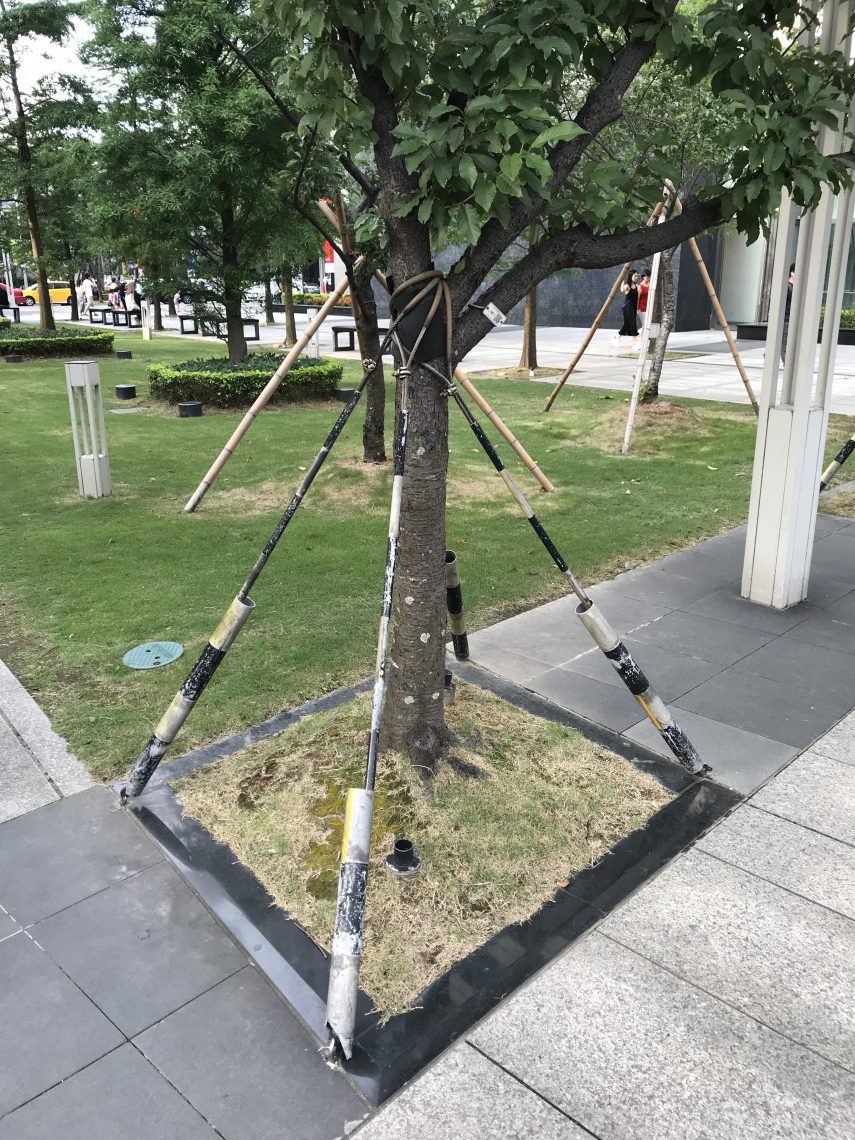 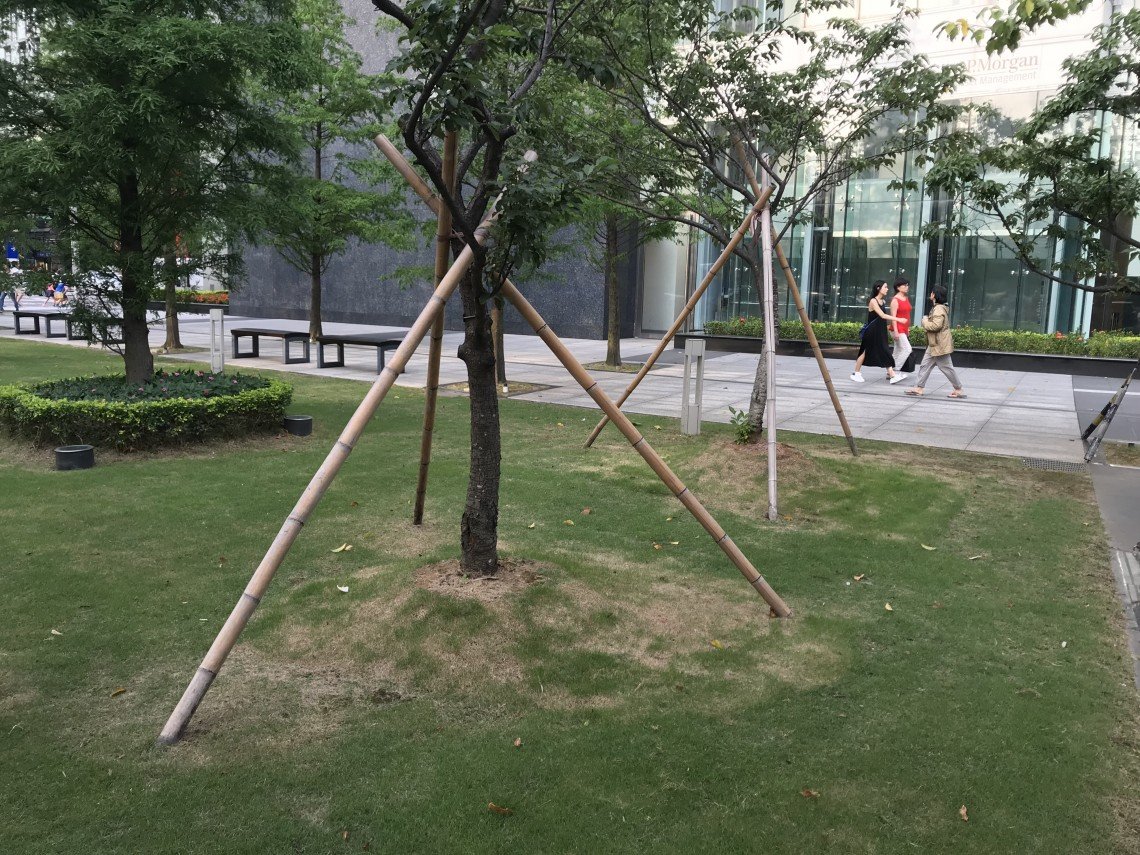 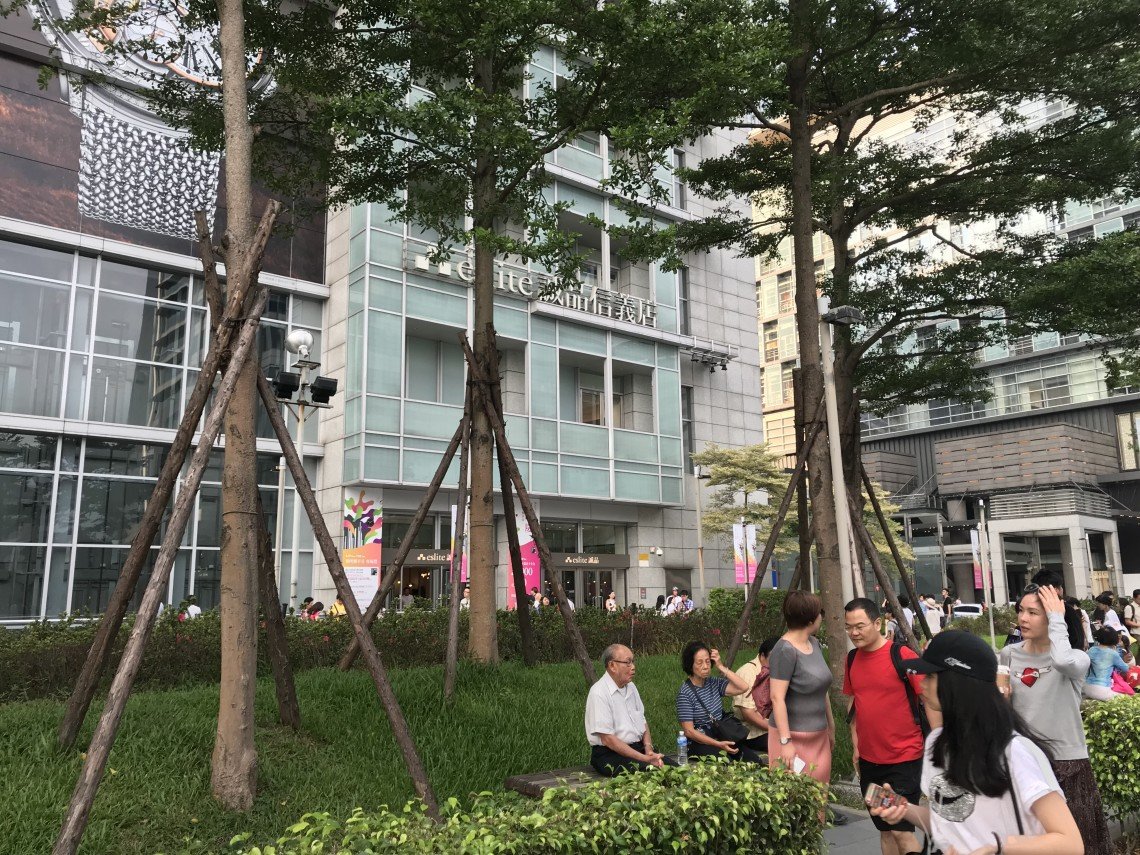 If you’re worried about summer travel, you shouldn’t really worry. It does seem like Taiwan knows how to keep things safe during these times. Should you heed warnings from local officials, you should be safe.