Where to Pick Up Groceries in Taiwan

In the US, it’s typical of people to go to a grocery story to pick up food to prepare or cook. Although Taiwan has its share of grocery-type stores, including Carrefour, more of my experience with fresh and dry foods has been through what are called traditional markets (傳統市場 / chuan tong shi chang). 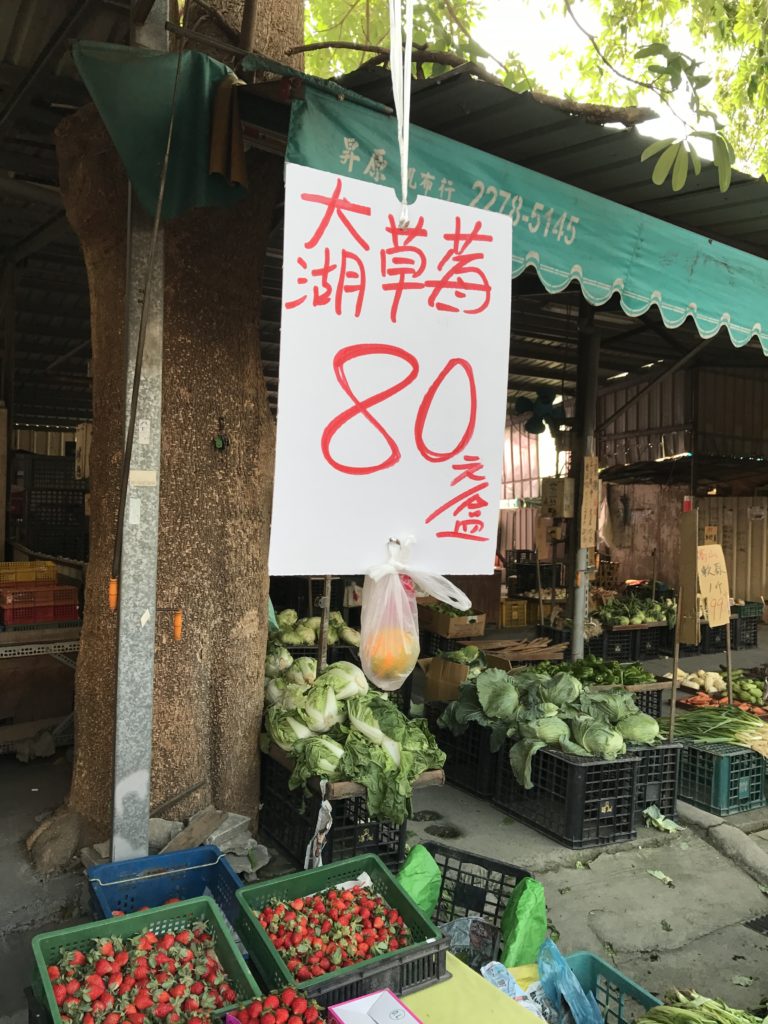 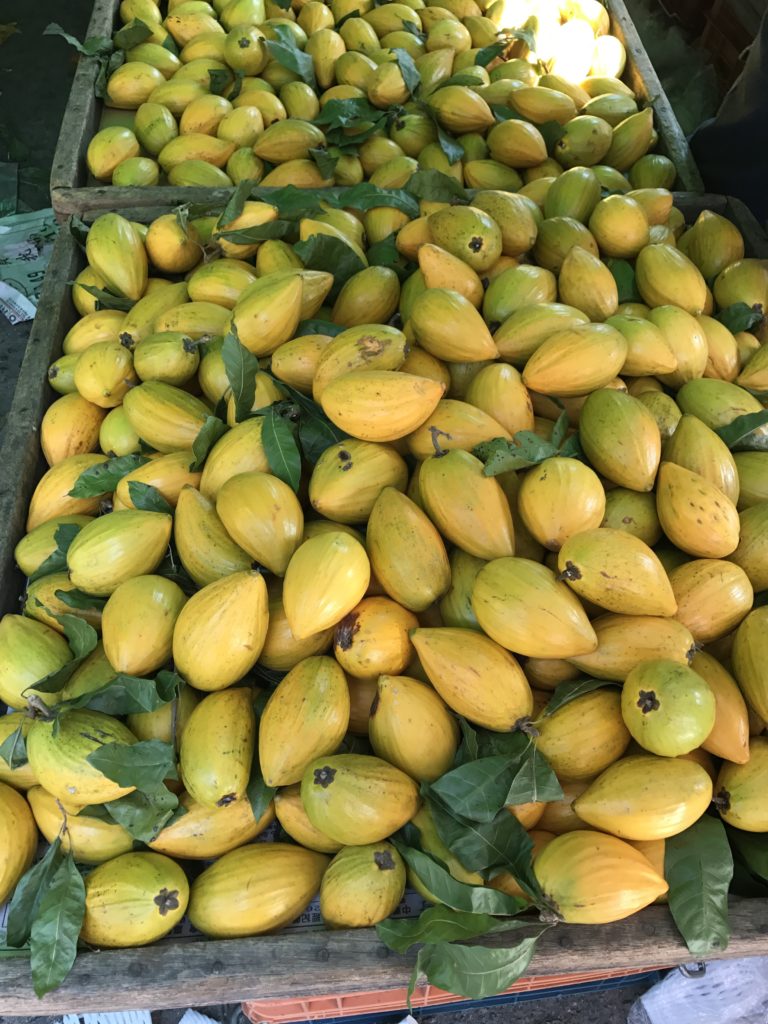 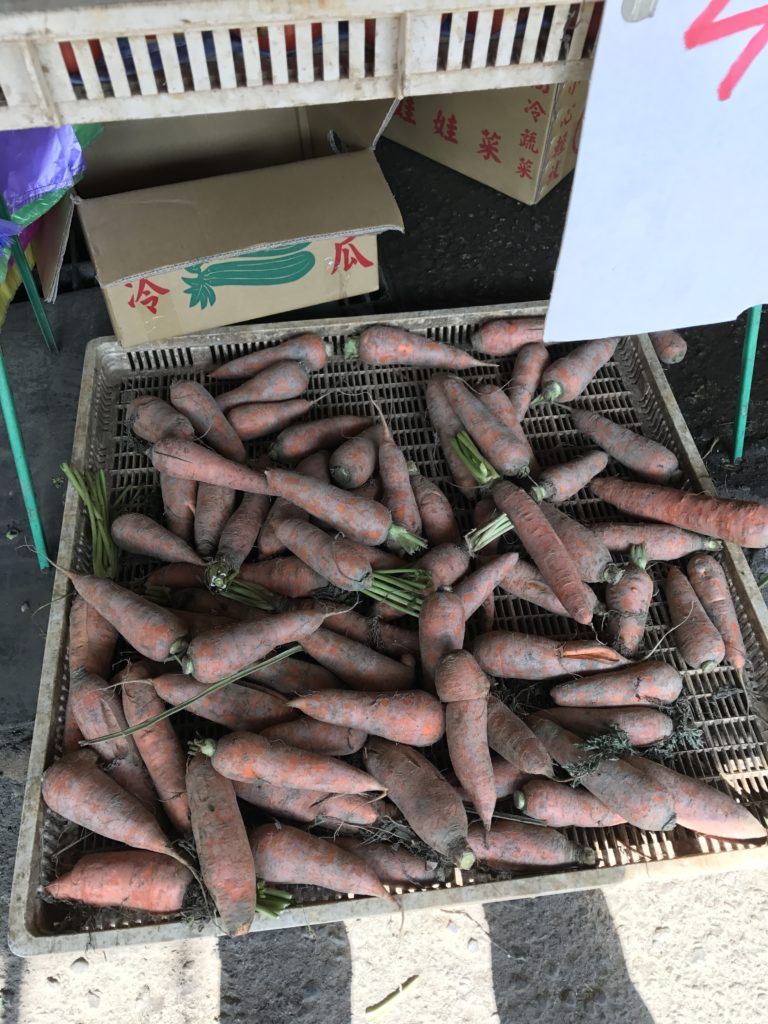 Here, dozens of vendors sell groceries ranging from freshly picked pomelo to dried mushrooms. Unlike stores where you can always get watermelon, no matter the time of year, the types of produce change with the season. 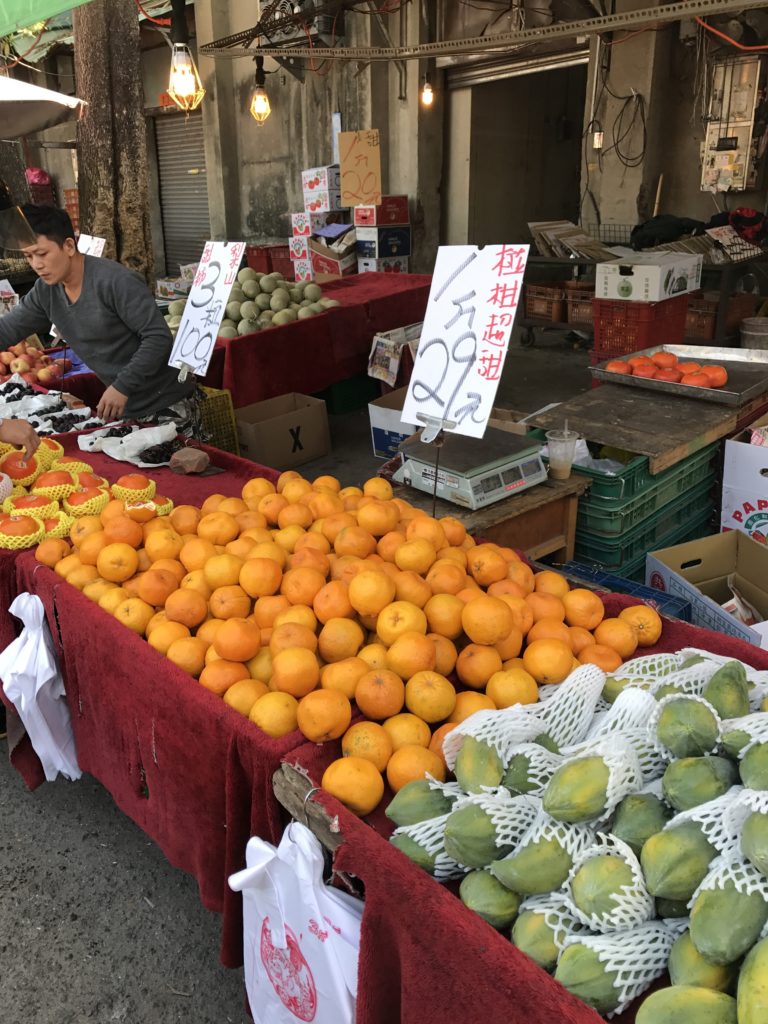 There aren’t the standard health codes one might find in the United States, so it is pretty typical to down a traditional market and find meat, like chicken, being freshly plucked and cut up. 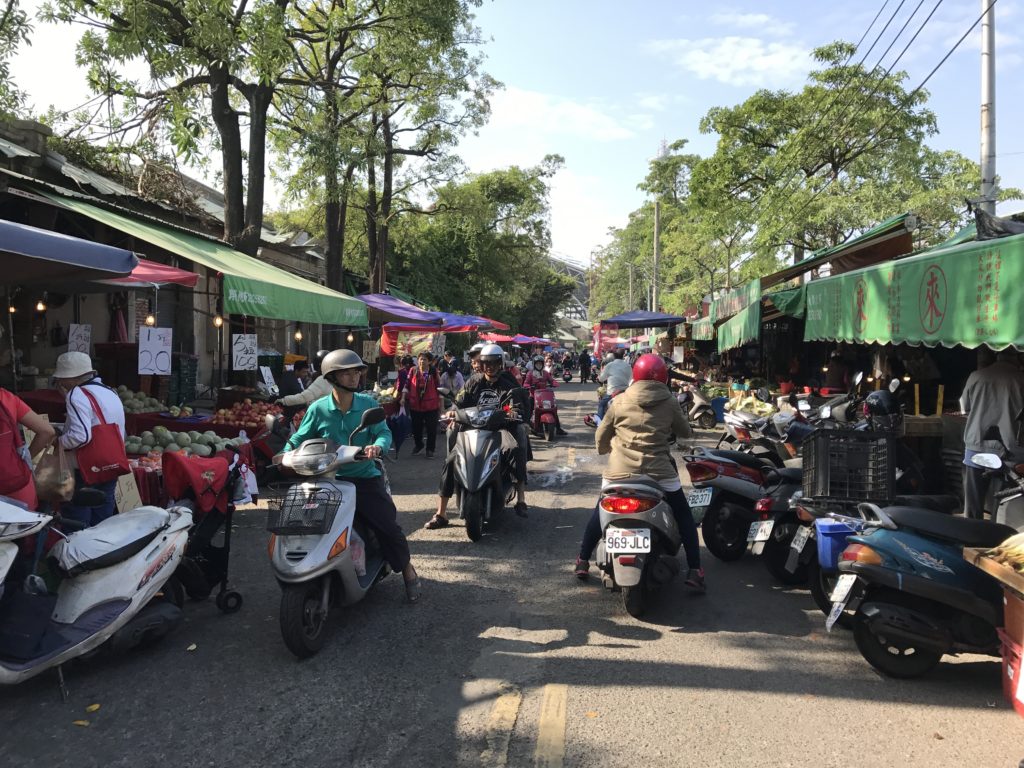 This particular traditional market is located in Taichung. Vendors line a road filled with scooters scooting on by to pick up the week’s meals. 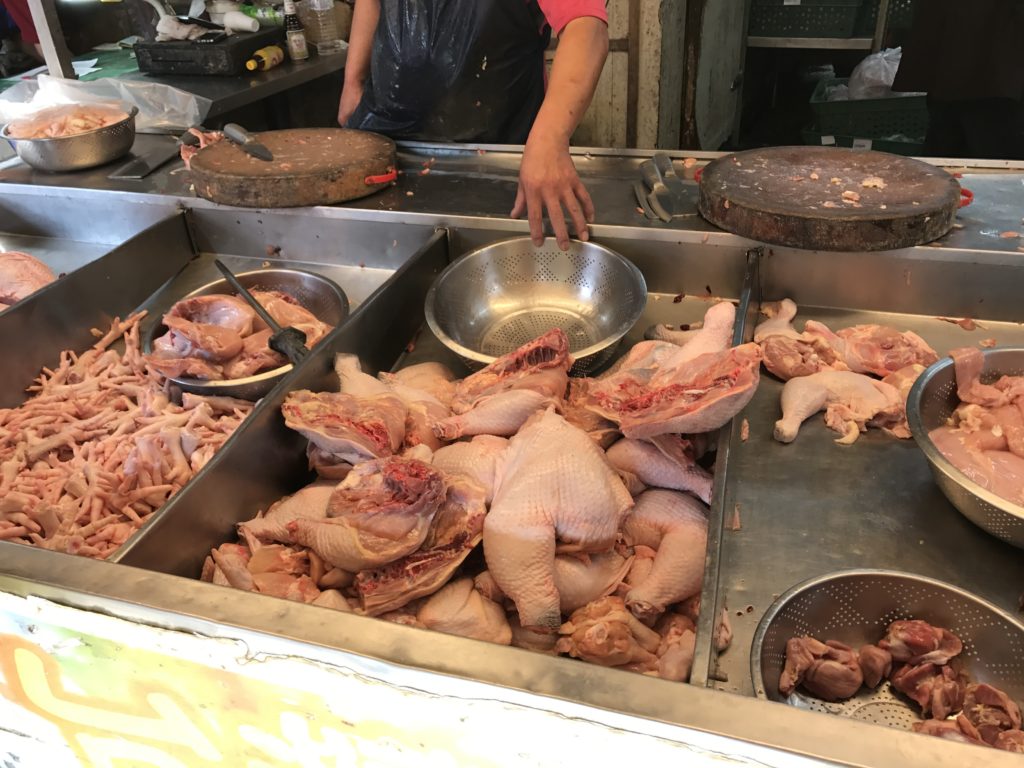 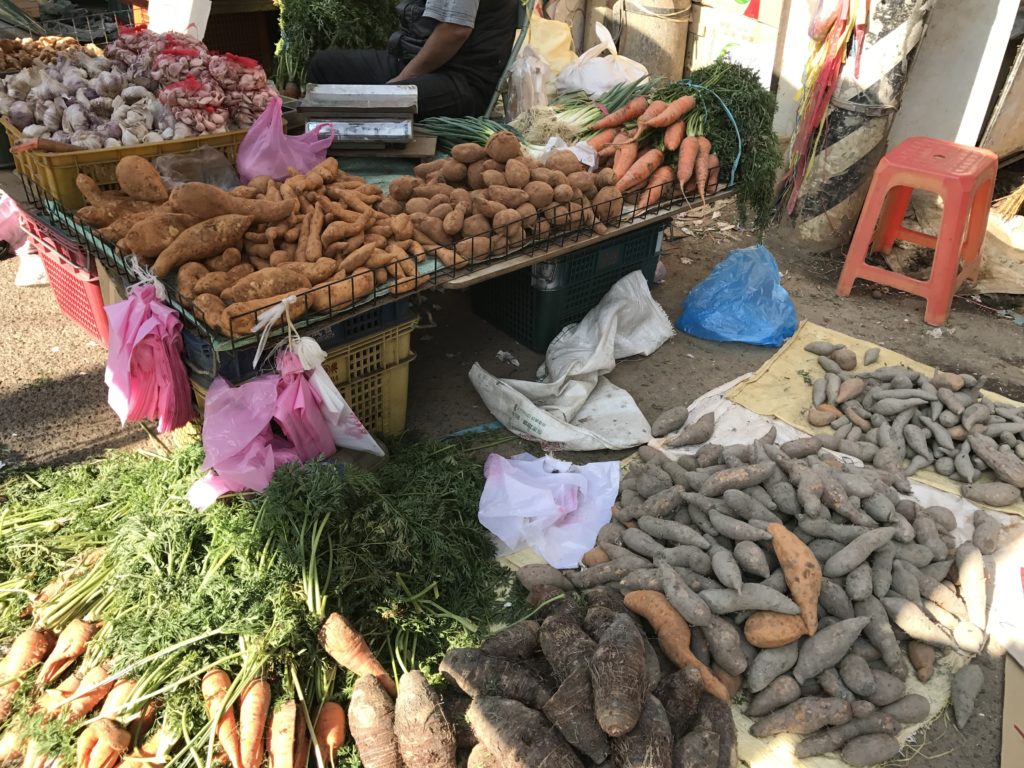 It’s pretty typical for vendors to specialize in one thing. Maybe it’s fruit, tofu, chicken, or tubers. In a way, this makes it easier for you to shop as you don’t have to price-check the dozen or so stands that all sell lettuce. 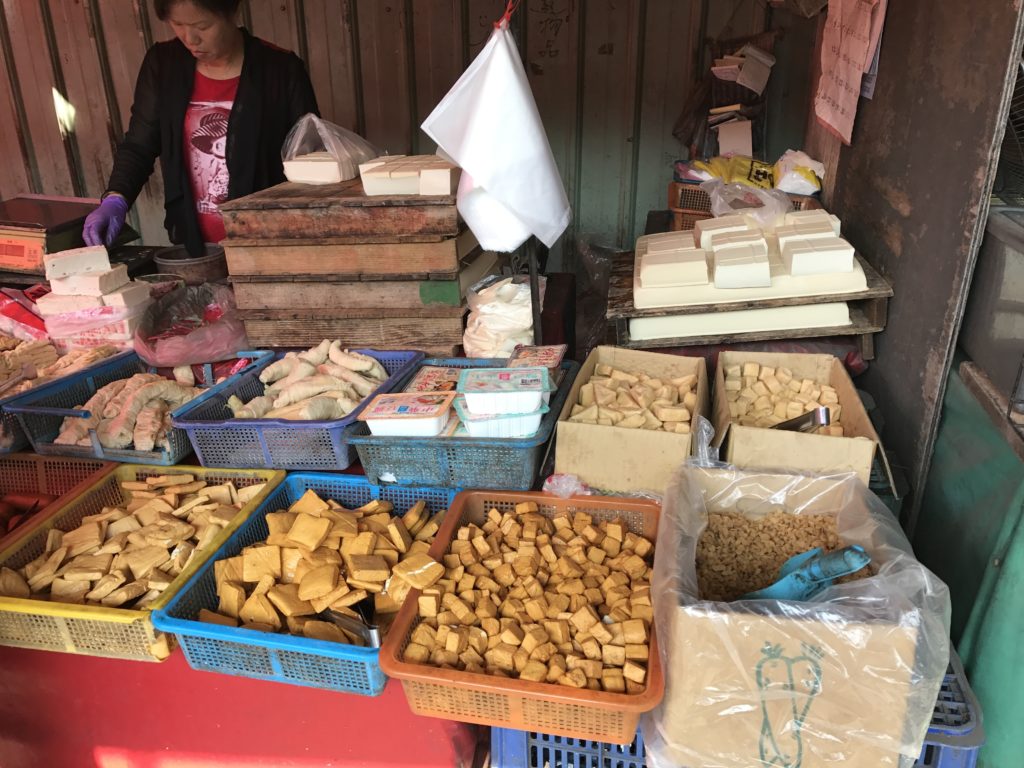 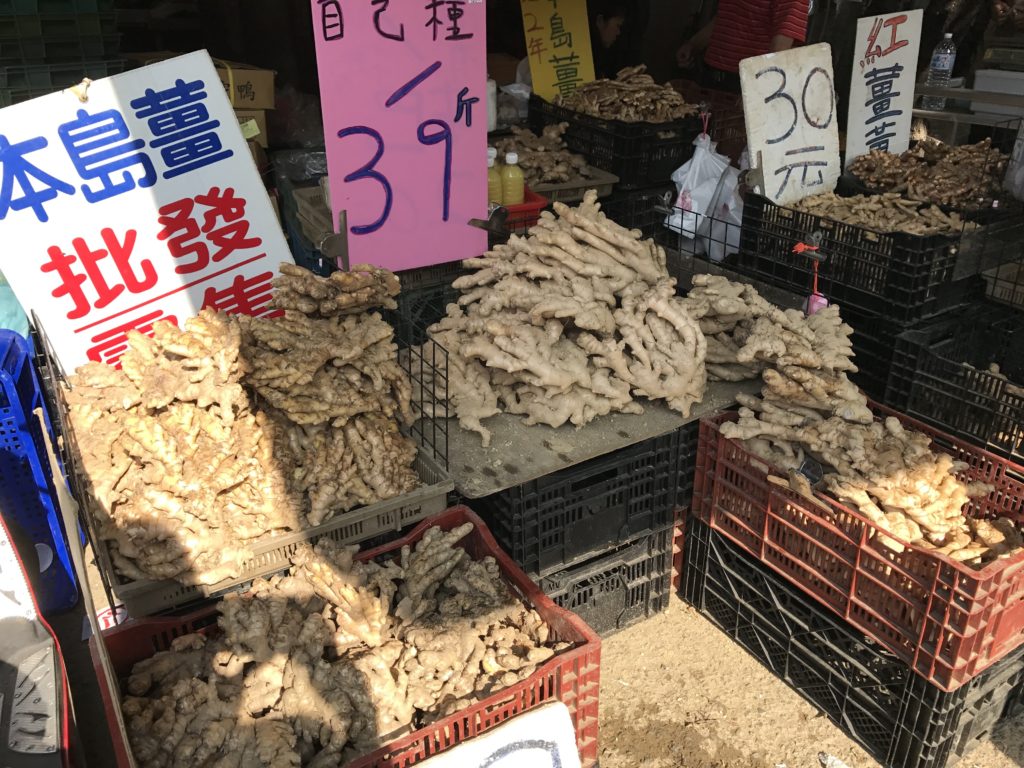 Here’s a homegrown way of getting rid of flies.

If you’re looking to buy groceries, there are a few characters it might help to know:

斤 (jin) – This is a traditional character used to denote a unit of weight (around 0.5 kilograms).

粒 (li) – This is a counter word used for small round objects.

支 (zhi) – This is a counter word used for long, slender objects.

Though I personally love markets, including traditional markets, I still recommend you check one out if you plan on cooking. You’ll be able to shop local and pick up some of the tastiest produce out there.

Here are my top traditional markets that I’ve been to:

4. Taichung (Near Nanjing Road and Xinmin Street) – Smaller than Jianguo. Appears to have more dry foods.

A Traditional Market in Taichung