One thing Taiwanese people like is their steak. From giant chicken steak (雞排 / ji pai) to beef steak with noodles (牛排鐵板麵 / niu pai tie ban mian), a huge slab of meat is never really far away in most major Taiwanese cities. I previously wrote about some of these experiences in Taichung. Here’s a deeper dive into the steak meal I had at the Akaoni (赤鬼 / chi gui) on Taiwan Boulevard.

We arrived around lunch time and experienced a short wait as they got our tables ready. Within a few minutes, we were inside the restaurant seated, looking at the menu.

You can get items a la carte but we elected to get set meals.

Choosing between green tea and sweet black tea, I got the green tea which was nice and strong. They also gave us a kind of steamed egg dish. The egg was light, savory, and just the right way to start the meal. 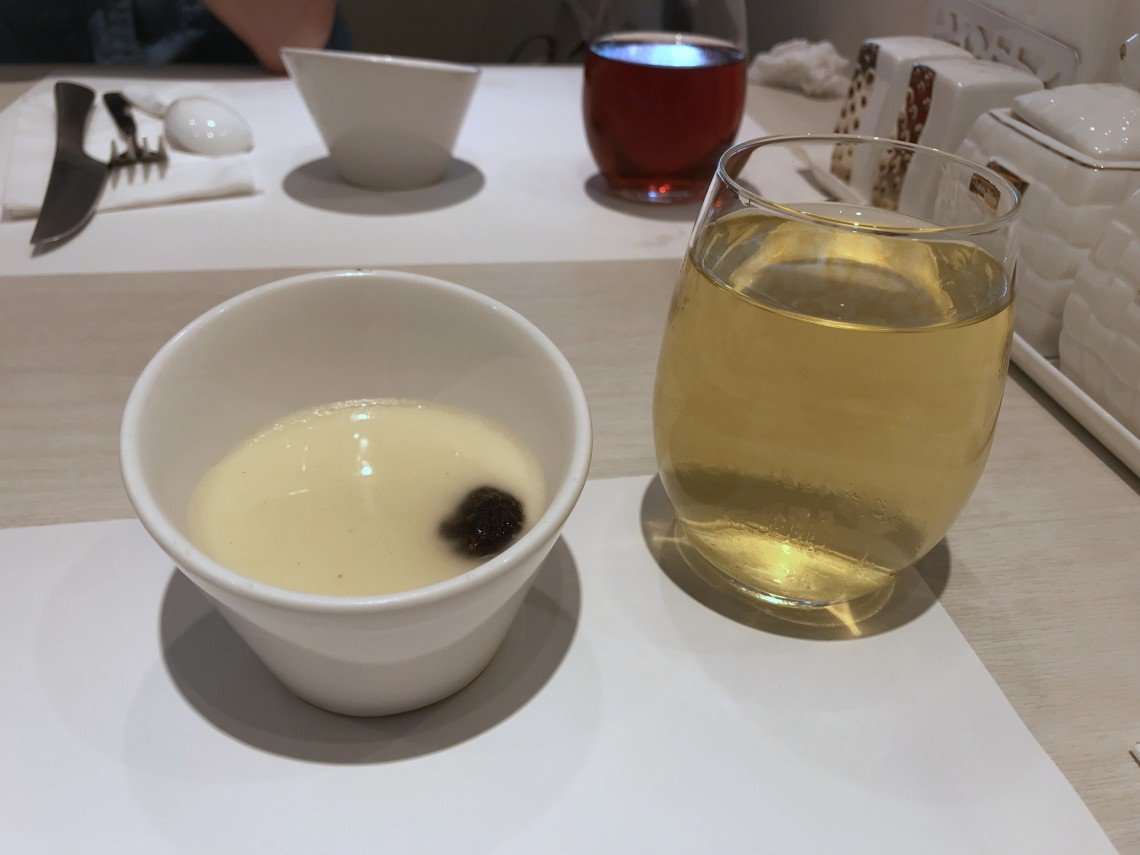 While we were enjoying the egg dish, we were each given a nice sized loaf of bread that was around 4 inches in diameter. The bread was warm and had a nice texture between crunchy and chewy. The butter that accompanied the bread was slightly salty with some spices added in. 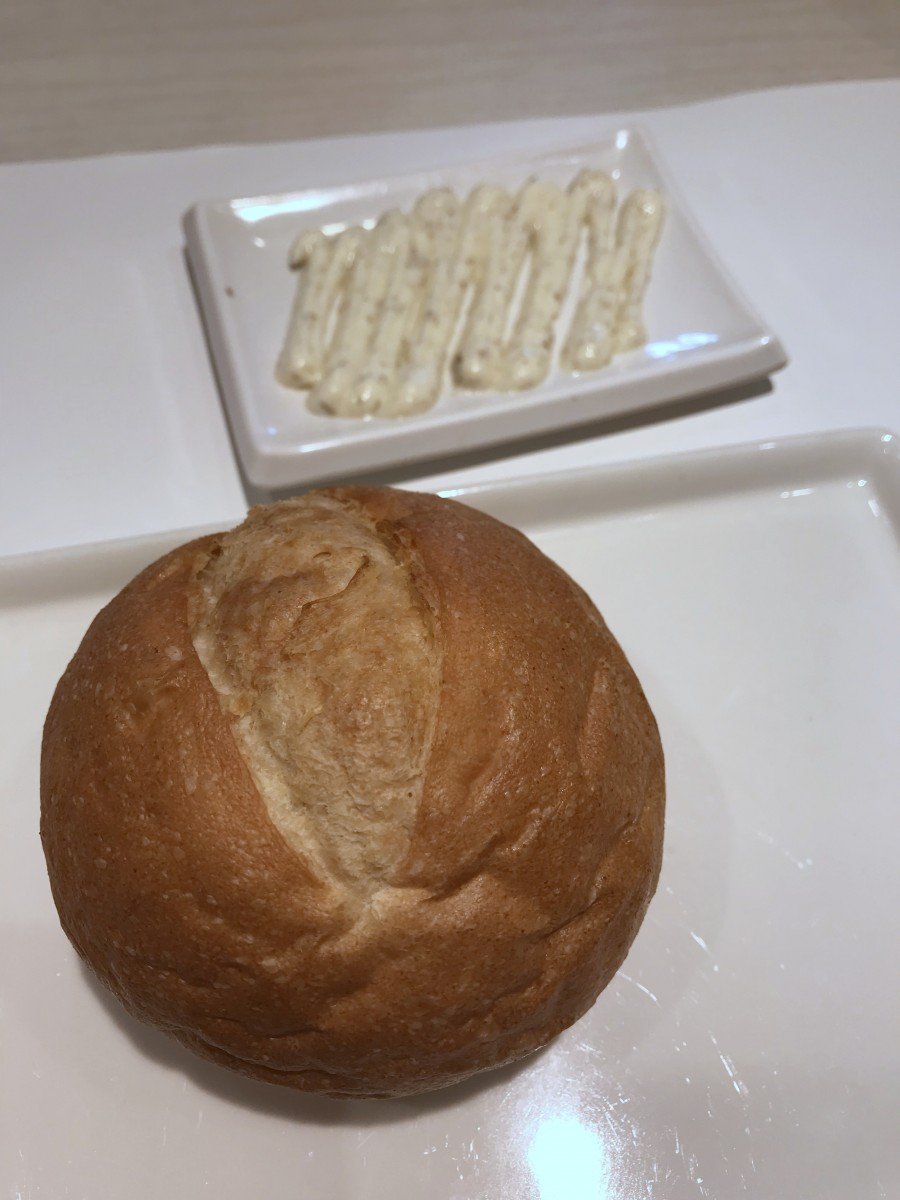 While enjoying the bread, soup and a variety of side dishes arrived. They also brought a huge container full of freshly baked croutons. The soup was a kind of corn chowder. The soup was less salty than I expected and, instead, a little more on the sweet side. The side dishes consisted of pickled and boiled vegetables served in a style similar to Korean banchan. 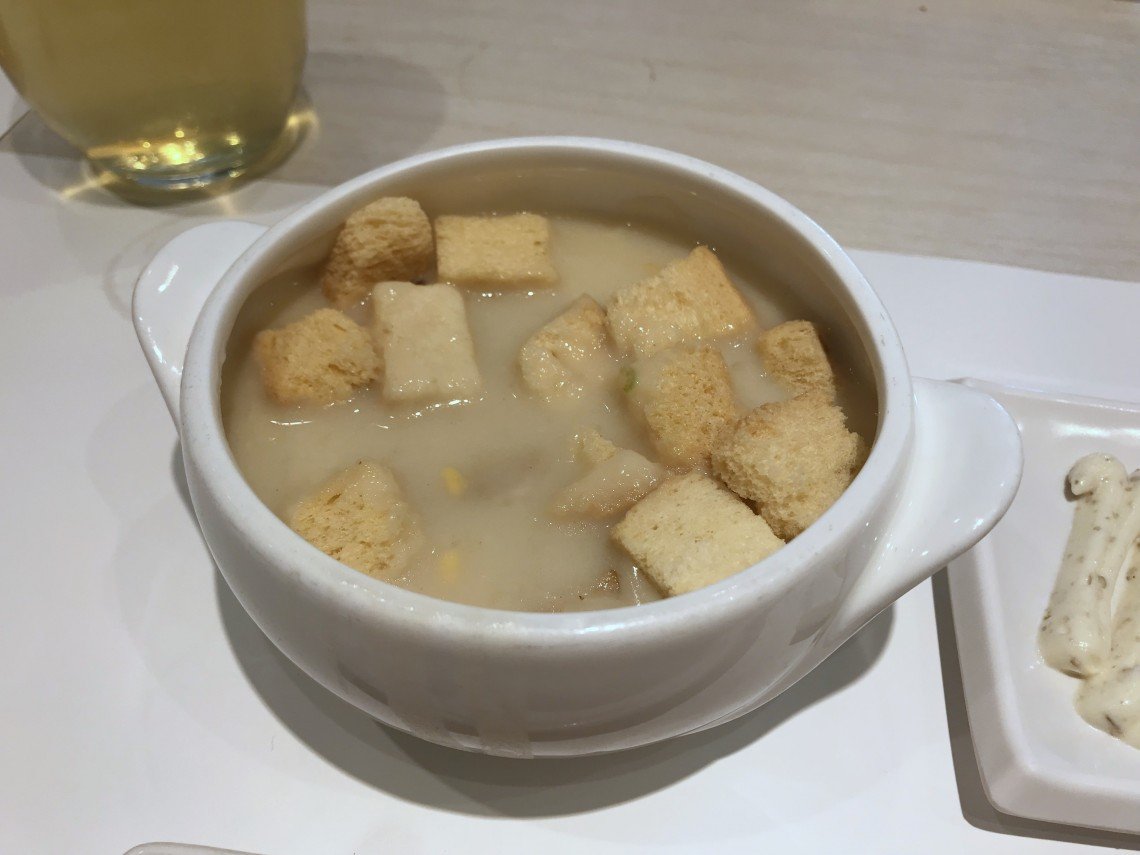 The best part of the meal was the steak. I ordered mine rare and was instructed to eat the steak first, presumably before the noodles. The steak was perfectly cooked and seasoned. The noodles were a little thinner than the udon and even spaghetti noodles I had previously seen used in this type of dish. The smaller size of the noodles made them tastier and easier to eat.

For this item, noodles and steak cook alongside vegetables (zucchini, tomato, and bean sprouts) on top of a very hot plate. You can add sauces to increase the flavor of the dish as is cooks (including A1), but I found the way Akaoni seasoned the plate to start was great. 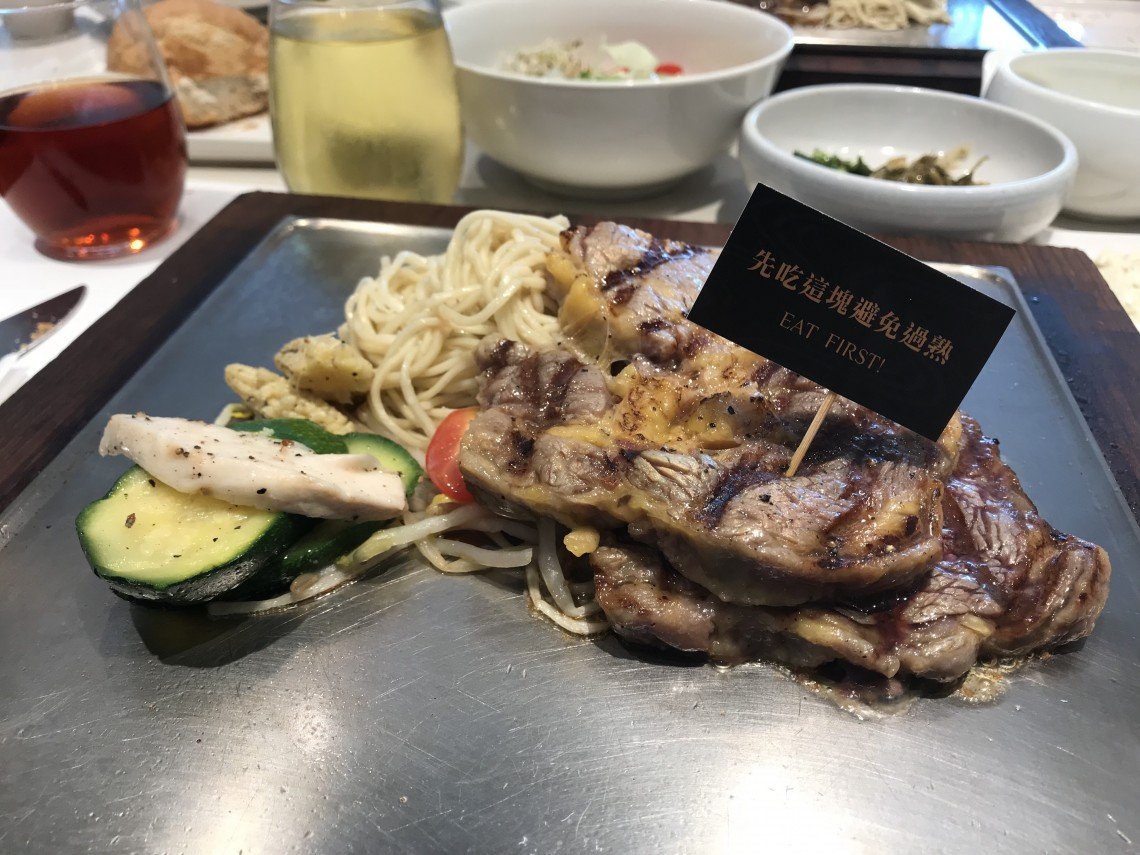 Of all the steak and noodle places I’ve been to, Akaoni ranks near the top. The food and service are both great. If you find yourself craving steak with noodles and are anywhere near an Akaoni, don’t be afraid to drop by.