It’s been said that our neighbors to the north are nicer and more tolerant. After experiencing Pride in Vancouver, I can believe it.

I got a chance to watch the parade and wander around the city after. Here’s a visual walkthrough of the things I saw and noticed: 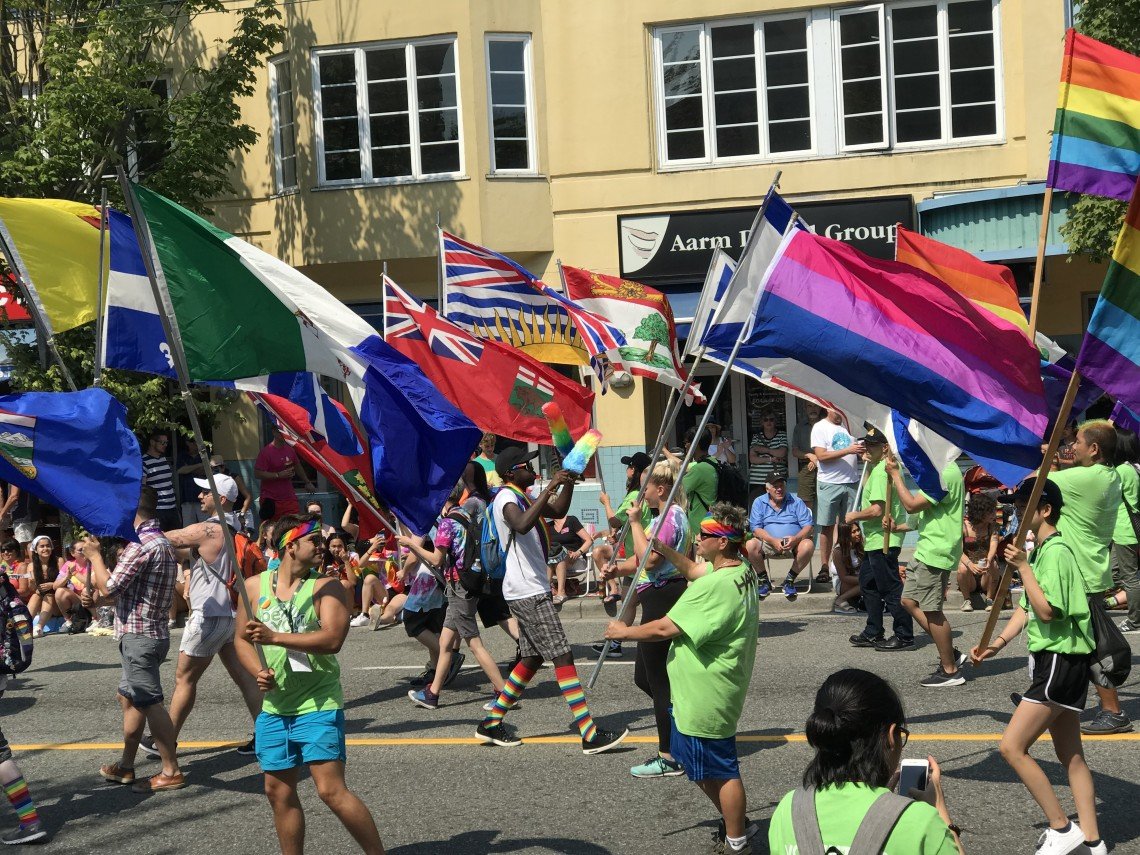 The parade started with flags from all the provinces and territories of Canada. 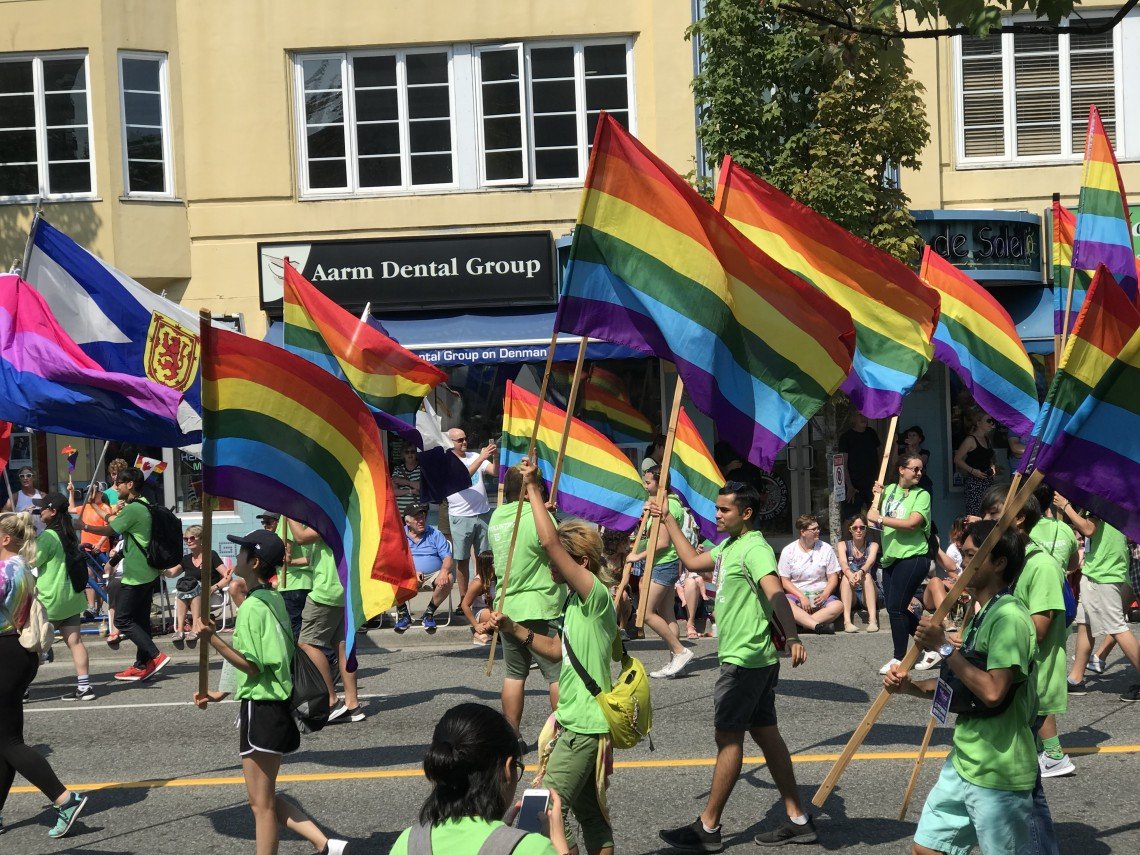 Next came a series of pride flags representing all members of the LGBTIQQA community.

Shortly after the series of flags were floats and marchers from many of the First Nations.

I thought this was amazing to see.

Given Canada’s more tolerant stance towards its indigenous population, it wasn’t surprising to see this, but it definitely did made me smile.

The moment many were waiting for, had arrived… 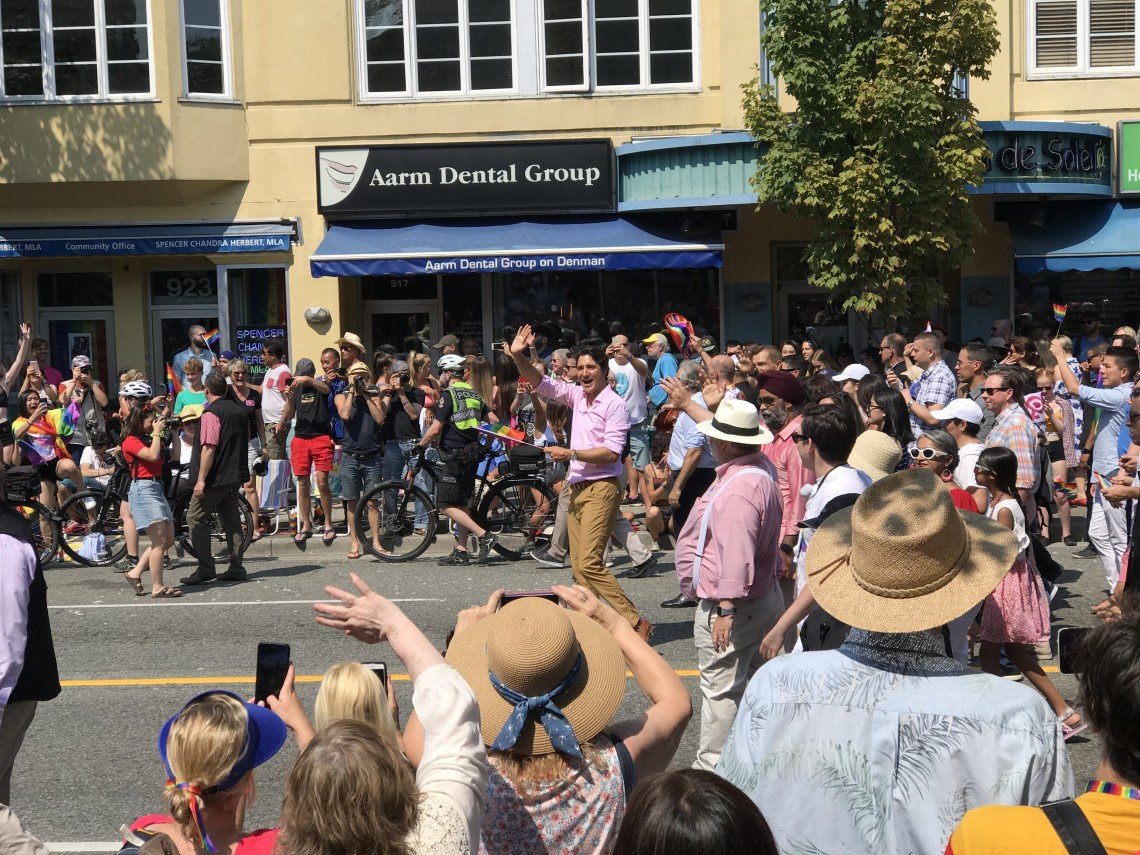 Prime Minister Justin Trudeau walking mere feet away, flanked by many members of his cabinet and their families.

Thinking about the United States, maybe the closest thing to this happening would be a governor walking in the middle of the street?

It definitely says something about the state of politics in Canada when it comes to Vancouver. 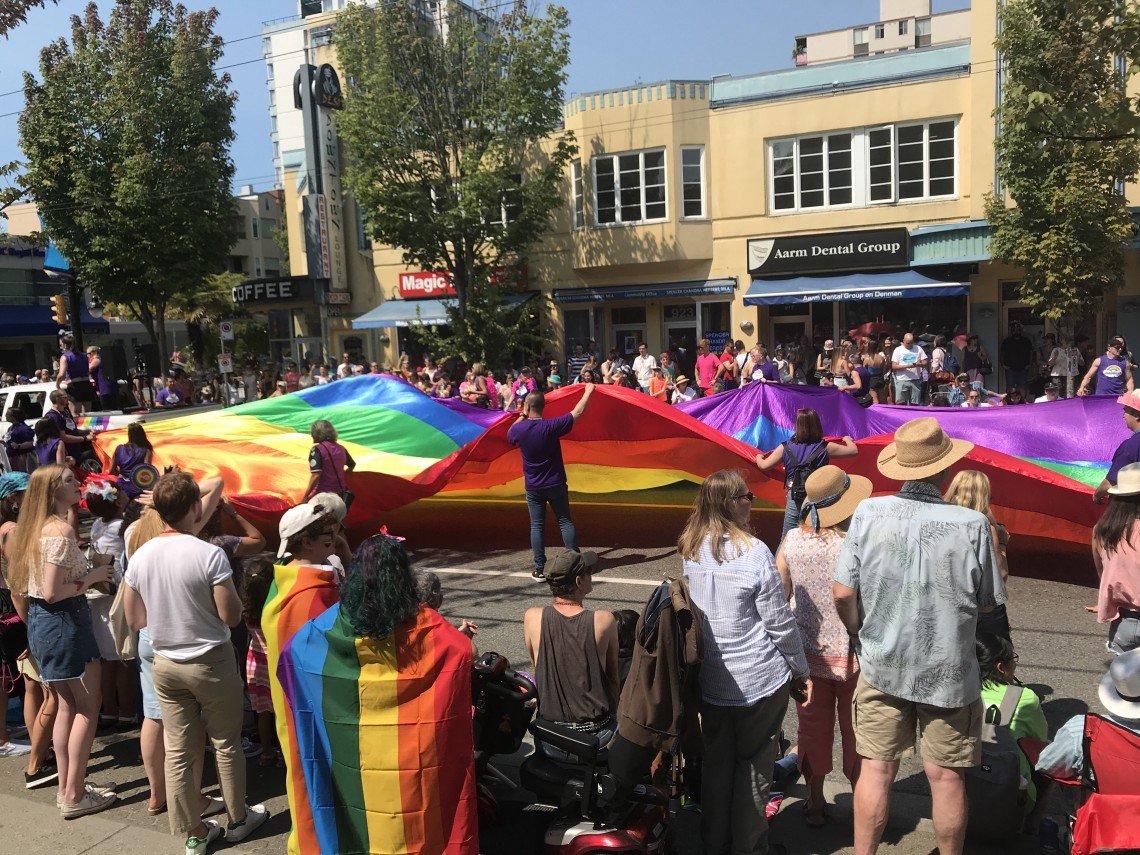 Trailing behind was this huge, beautiful pride flag. It was super long and billowed as volunteers moved 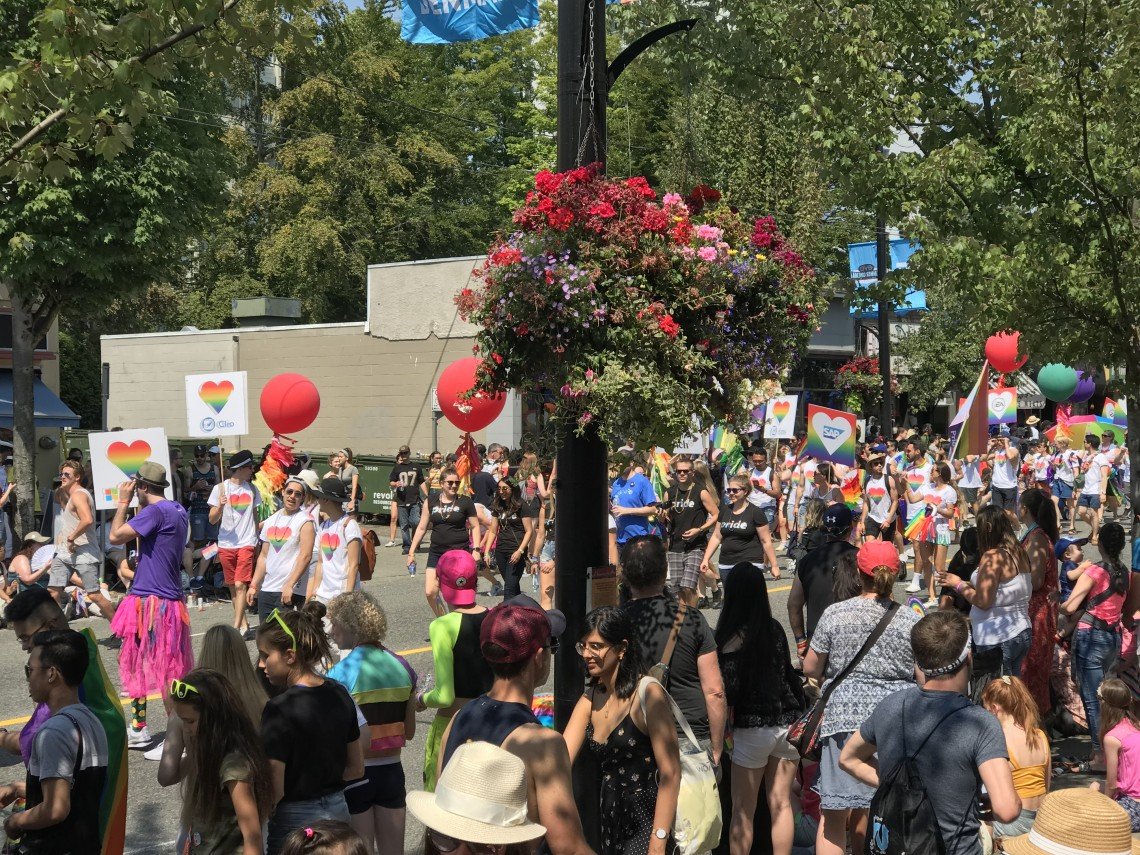 What followed was a series of community organizations and companies, like many of the Pride parades one might find in the United States. The main difference here is that the parade seemed less about showing off and more about showing support for one another.

There were no visible barriers between parade watchers and marchers.

There were no showy parade floats or people stumbling over one another for free stuff.

The feel was much more laidback with people seeming to want to be around in earnest. 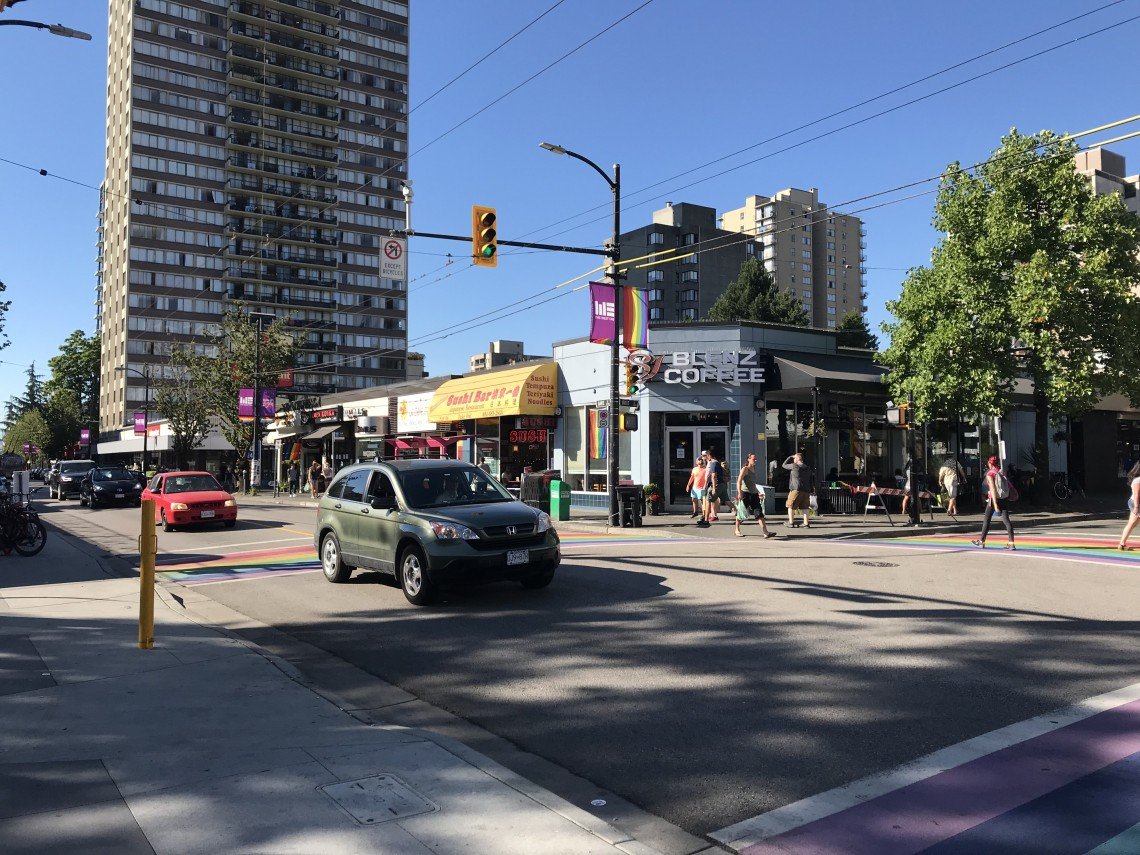 Where the San Francisco Pride Parade goes on for hours, Vancouver’s seemed to end much more quickly. Soon enough, the streets were back to normal with vehicular traffic going through.

We continued along the parade route to arrive near English Bay Beach, the location of the Vancouver Pride Festival. Though we didn’t spend much time at the festival, it felt a little smaller than I would have imagined. It did have the bumping sounds of gay anthems and swaths of people aiming to make the most of the hot weather. 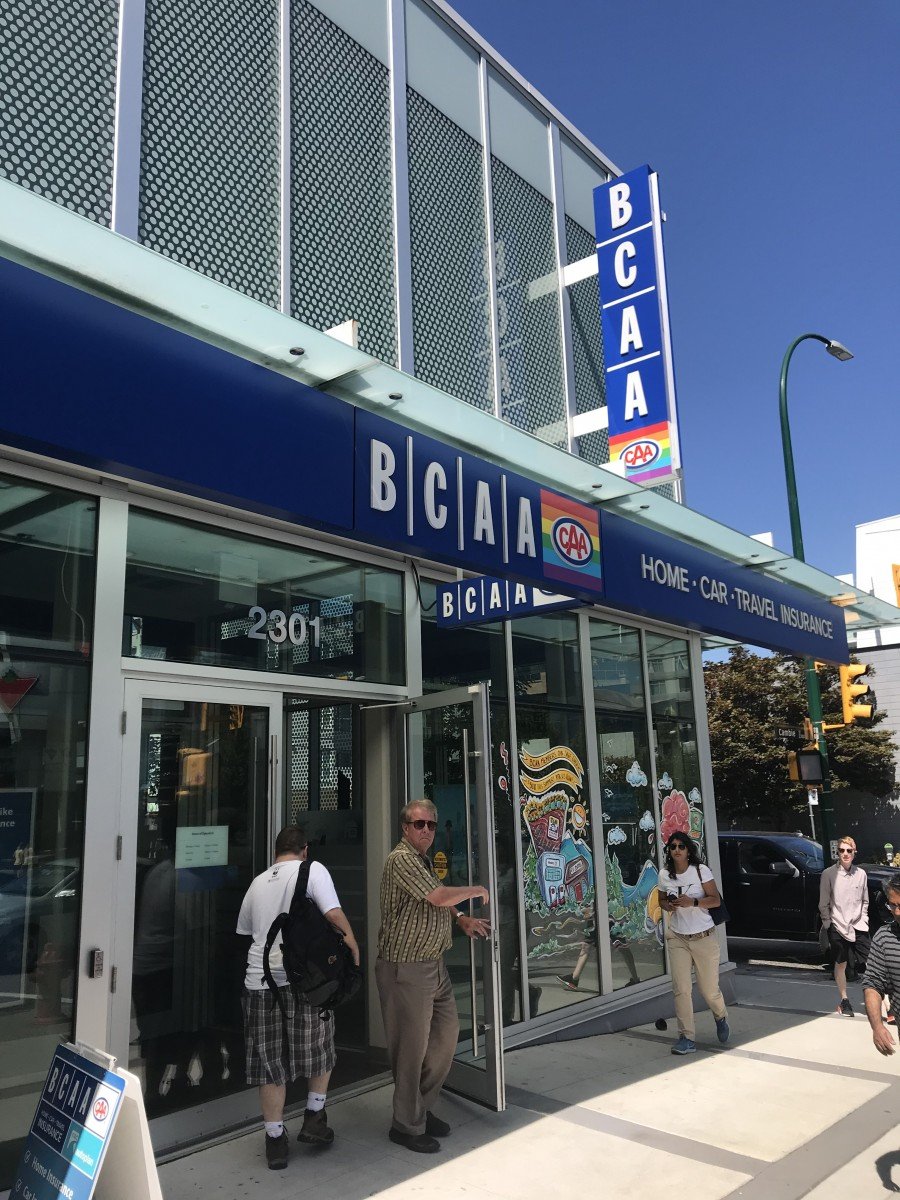 Wandering through the city on the way to Granville Island, many stores and shops that I wouldn’t expect were clad in Pride. Even CAA, the Canadian version of the AAA, was getting in on the action. 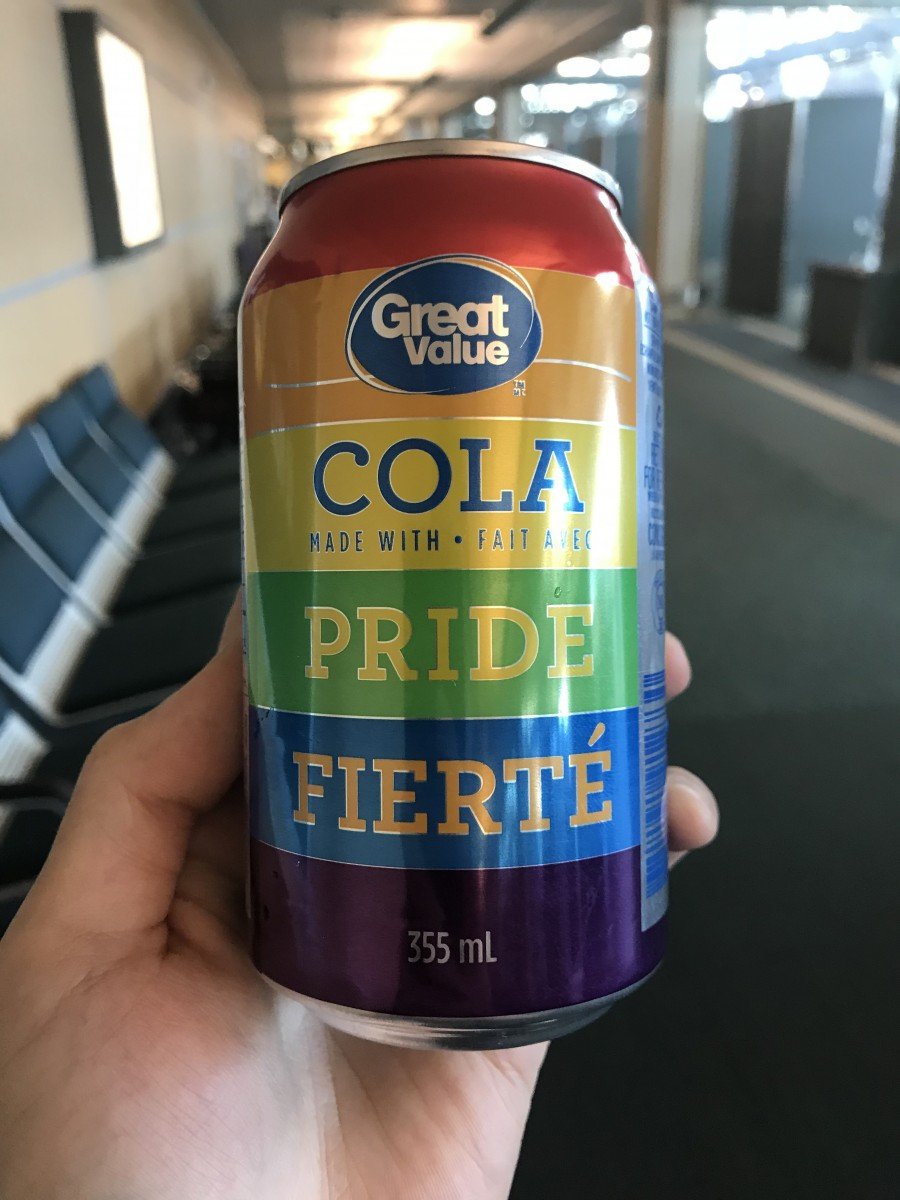 At the airport, I spotted this can that had to be left before security. 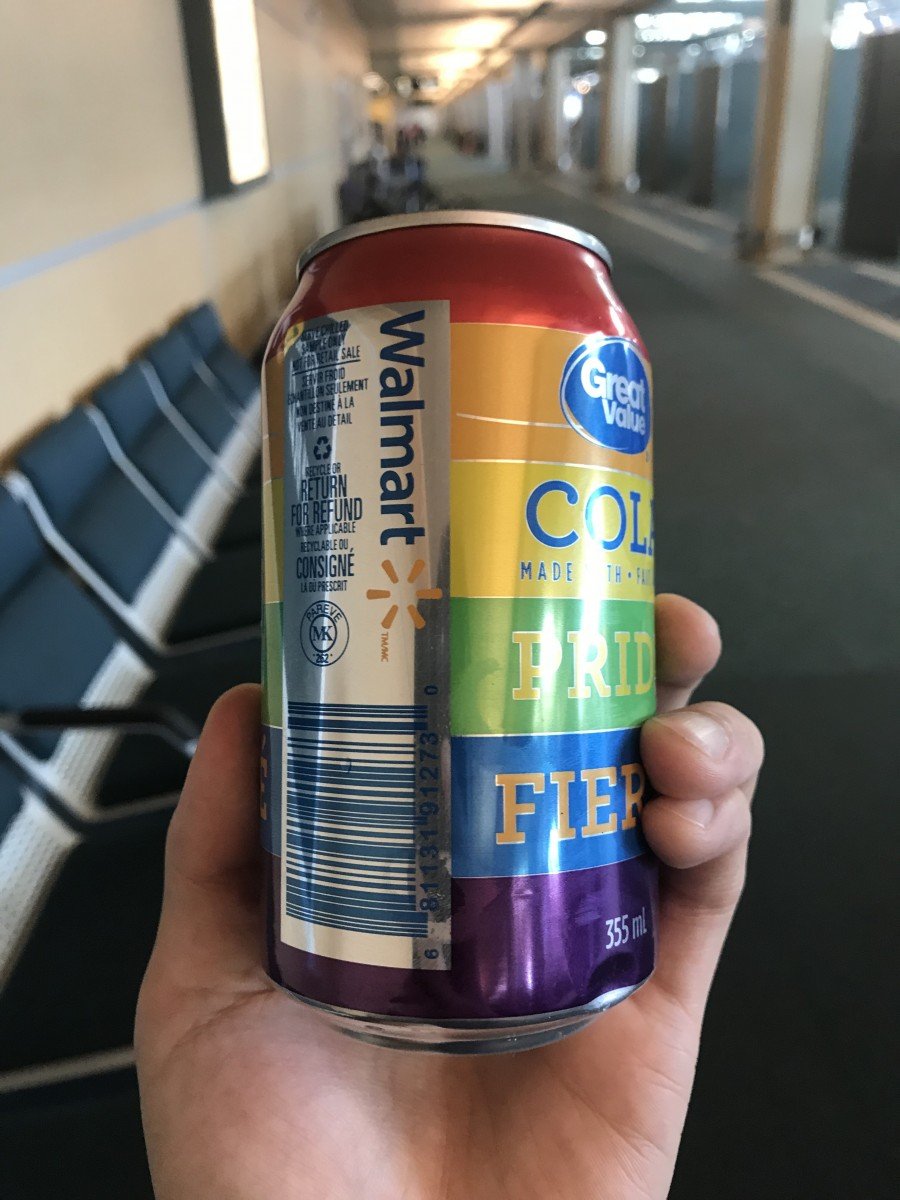 I don’t think one would see this kind of sponsorship in the United States. It definitely goes to show that Canadian culture is distinct from the US.

Overall, I really enjoyed being able to be in Vancouver for Pride. If you’re looking for something showy, you’re probably better off heading to Los Angeles. Vancouver Pride felt much more like a community event where people come together to show their love and appreciation for one another—a sentiment that maybe we could use just a little bit more of nowadays.