Coming from the US, it’s fun to see McDonald’s scattered about Taiwan. Because I don’t really stop by the fast food joint in the United States, I didn’t think much about the restaurant except that it was cool that they had penetrated the Taiwan market.

Craving a quick snack while walking in Hualien, though, the timing was just right to give it a try.

When I stepped inside the McDonald’s (麥當勞 / mai dang lao) I found a store that felt both familiar and Taiwanese. 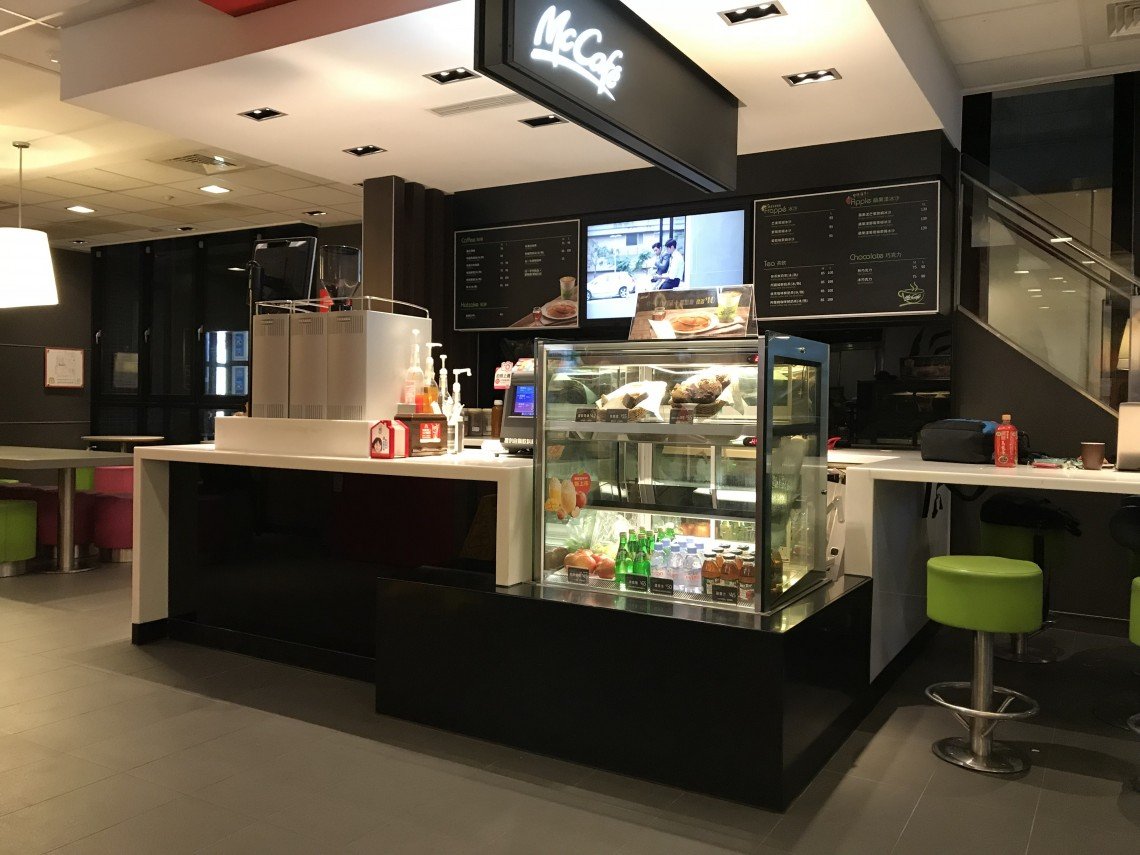 This particular McDonald’s was two stories with most of the seating upstairs. The interior was super clean and the walls were painted in black—making the space feel more modern, upscale, and intimate. In addition to the main ordering area with the typical food preparation space behind the counter, on the side of this McDonald’s was a McCafe. This station sold many of the things one would expect from Starbucks including coffee (咖啡 / ka fei) drinks, teas and frappes.

By and large, the menu had many of the traditional menus items one would expect from a McDonald’s. There were a few uniquely Taiwanese food items, though, which we excitedly ordered. 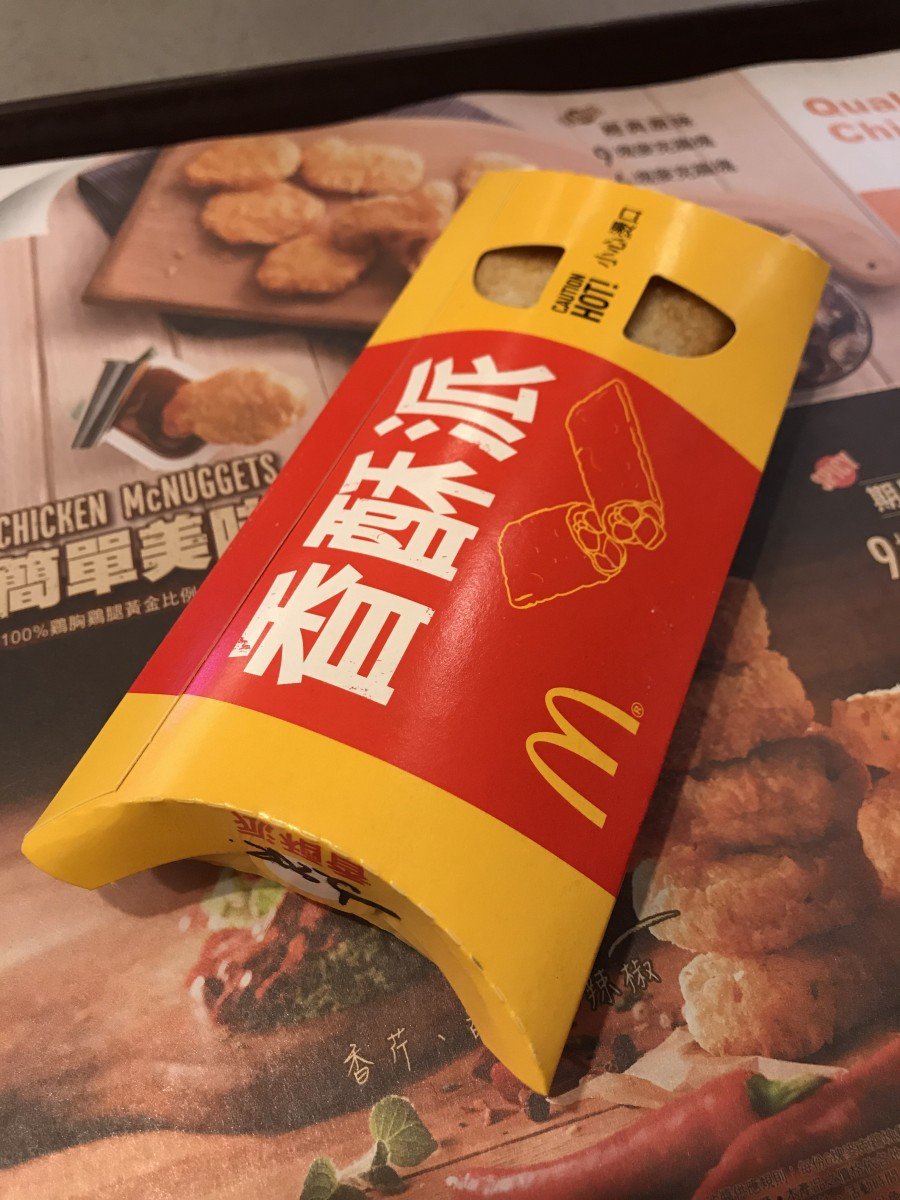 We got a pineapple pie that was placed in a generic crispy pie (香酥派 / xiang su pai) box. Except for hints of pineapple and tartness, the pie reminded me a lot of the traditional McDonald’s apple pies. This brought back a lot of nostalgic feelings eating McDonald’s pies when I was younger. 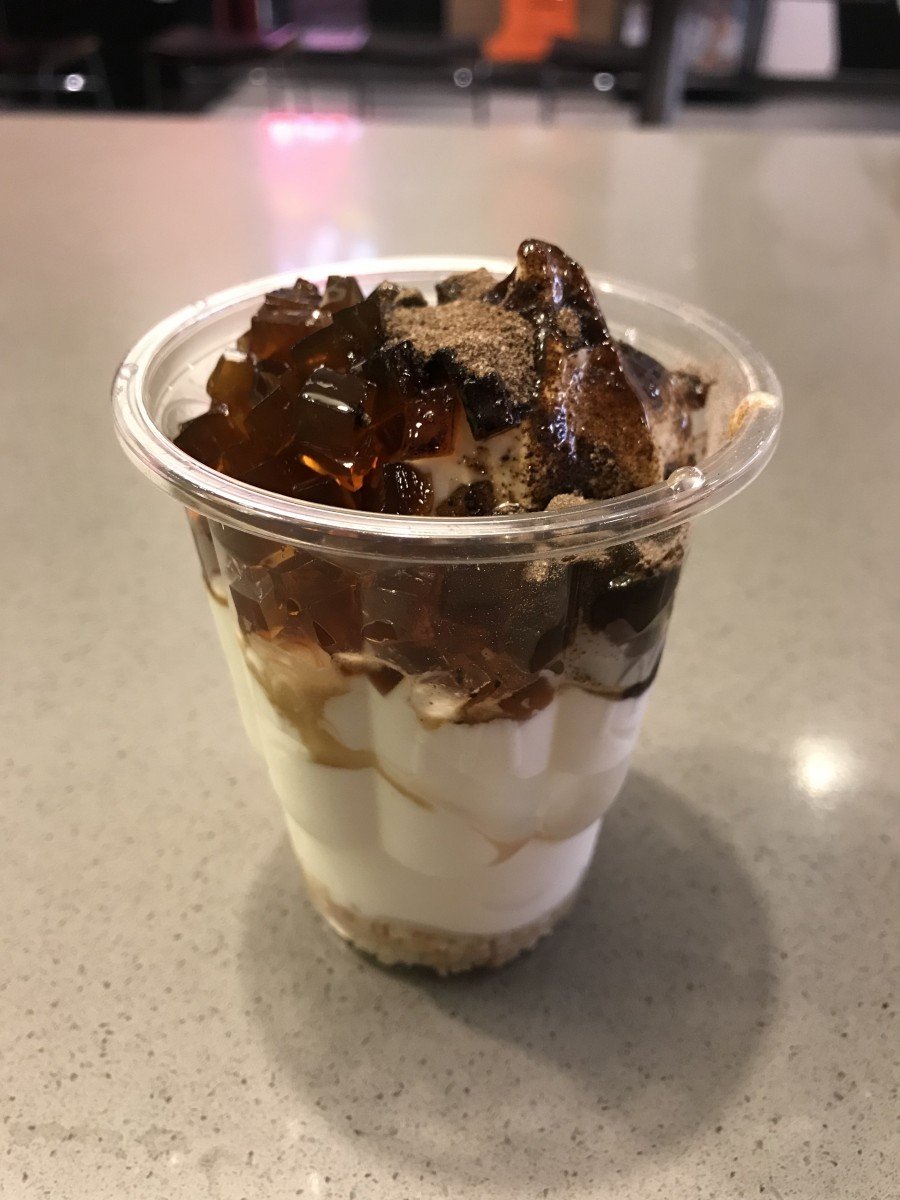 We also got the red jade jelly sundae (紅玉鴛鴦花聖代 / hong yu yuan yang hua sheng dai). After experiencing red jade earlier, I thought it might be good to better understand the flavor of the tea. Mostly the sundae tasted like brown sugar, but there was a hint of something that tasted like a combination of black tea and coffee. Overall I enjoyed it.

Similar to large multinational corporations like KFC and Pizza Hut, McDonald’s manages to blend cultures in ways that you almost don’t notice—I think it’s cool that there isn’t a clear delineation between uniquely American and Taiwanese things. I would be interested in trying some of their other seasonal items, not to mention getting my McDonald’s french fry (麥當勞炸薯條 / mai dang lao zha shu tiao) fix on.