At Disneyland, I had the experience of going around with a group of friends with a wheelchair. We ended up getting a wheelchair because one of our members was a little older and just finished running a half marathon. Though it was hard to maneuver around all the people at the park, it was surprisingly easier to get on and off attractions.

I found myself in a similar situation at Walt Disney World, except that with a broken foot, it wasn’t easy for my partner to simply get out of the wheelchair and move about.

I wanted to use this post to share my experiences about going around with someone who needs a wheelchair and what to expect.

The Parks Are Surprisingly Flat

For being a theme park and having to walk around, the park is pretty level. Except for a few ups and downs in Animal Kingdom, Walt Disney World is fairly flat. By the same token, there aren’t too many staircases.

When there are staircases, there are often ramps adjacent to them marked with signs. Because of their proximity, it was often pretty easy to spot a ramp and figure out how to use it.

Getting on Attractions is a Breeze 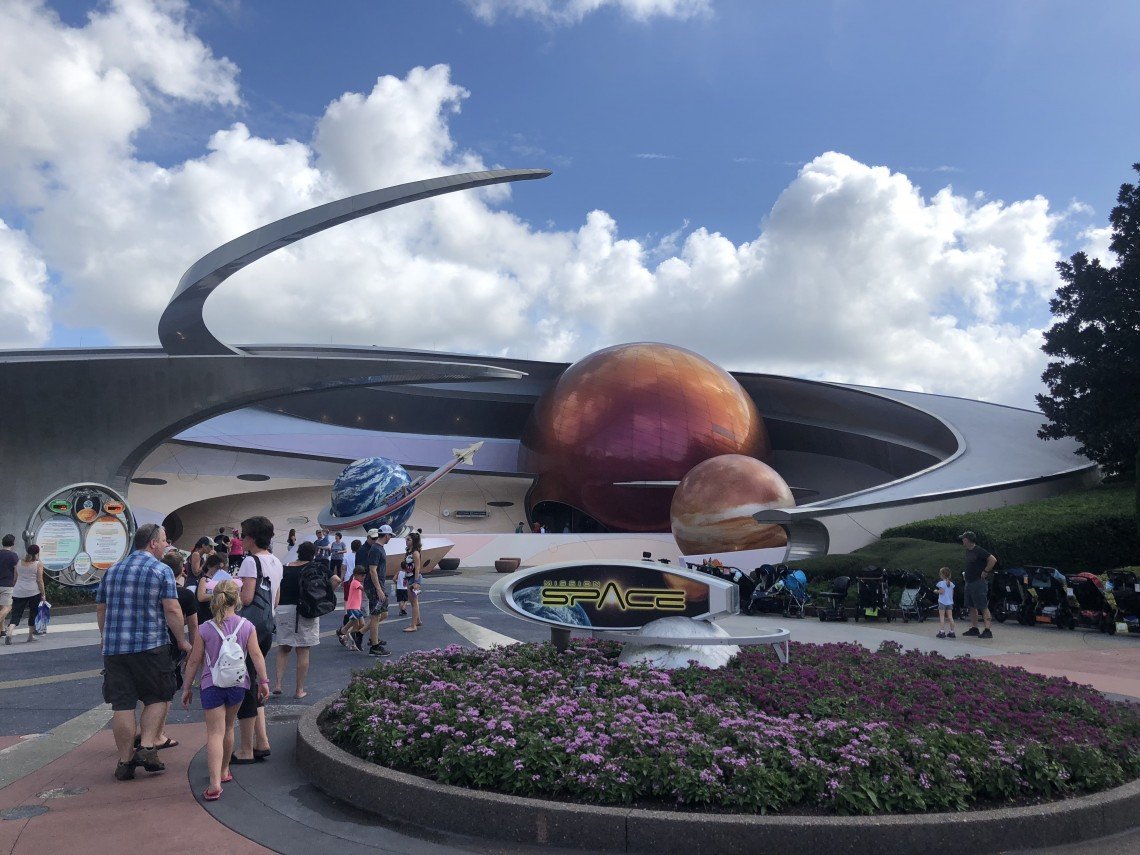 In my imagination, I expected the lines and experience for people in a wheelchair to be both slightly harder and different. Walt Disney World does a great job at making the experience of going through an attraction queue seamless.

For most attractions, there is a separate handicap accessible line and/or the main line separates (at some point) to onboard people who may be in a wheelchair. To find where to go and what to do next, simply go to the cast member at the front of the line. They will instruct you on next steps. 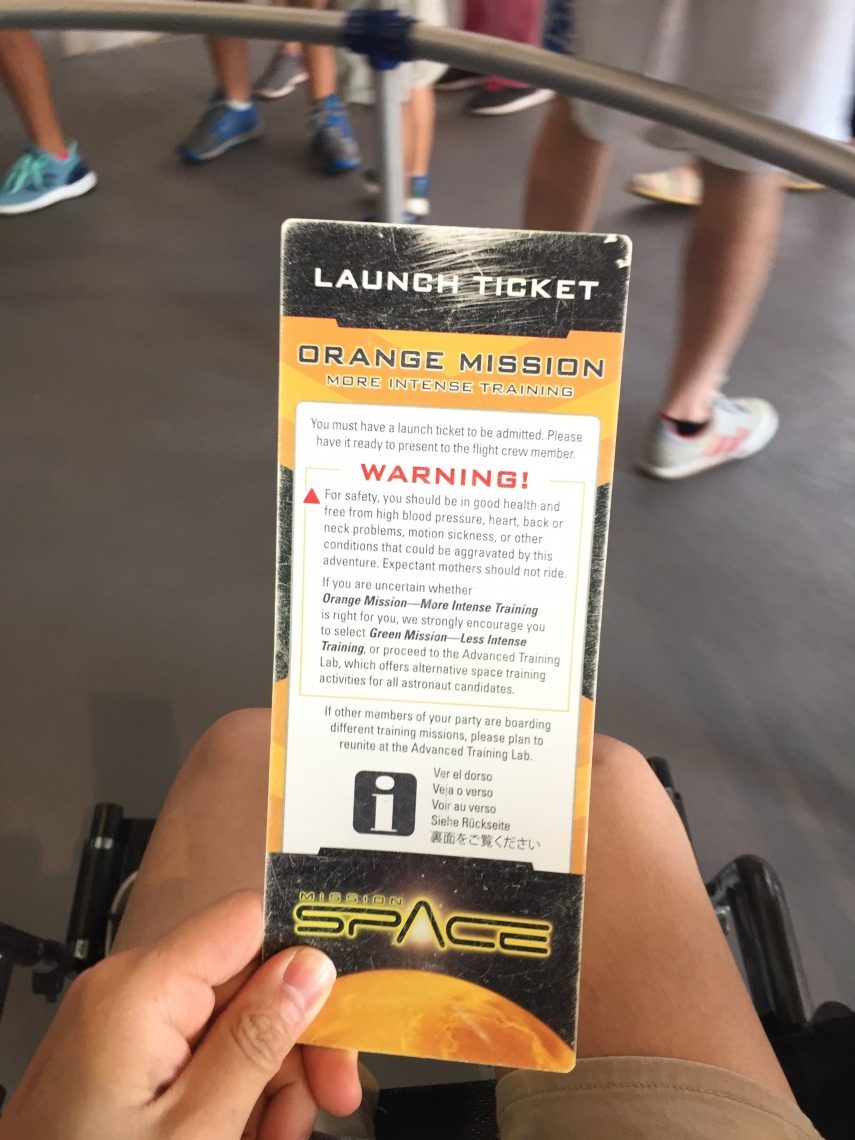 When getting to the front of the line, cast members will ask if you can get out of the wheelchair or if you are wheelchair bound. In my case, my partner could get out to hop a few steps and sit down. My experience for many attractions, as a result, was not at all different from what others would receive. From Spaceship Earth to Seven Dwarfs Mine Train, there wasn’t a difference at all in the experience of riding the attraction.

Best of all, after riding, the wheelchair would be right at the exit for my partner to hop back into and for us to get on our merry way.

There were some differences in the queue experience for attractions that had large groups of people coming in at a time. In these cases, the wheelchairs would be let in first, so as to have easier access moving in and out of the space. 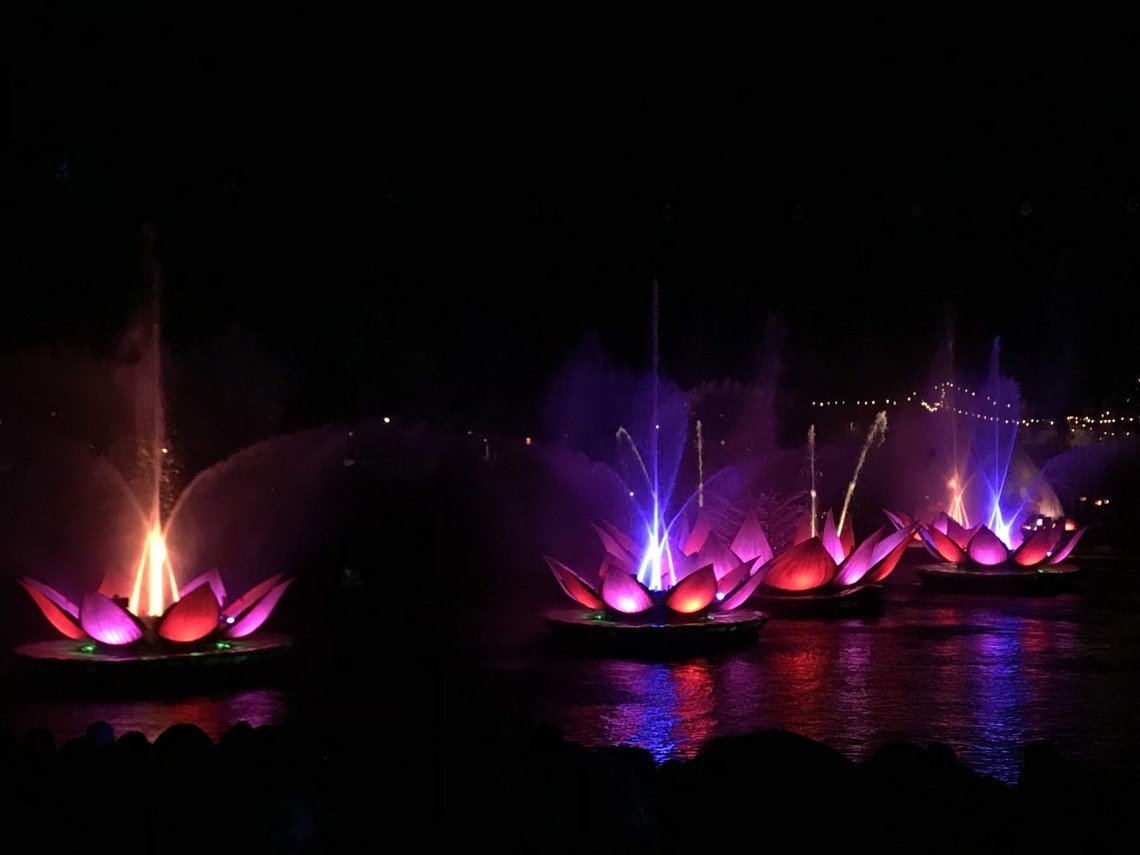 For shows, especially when there is stadium-style seating, it can be hard to maneuver down steps to get to the front. As a result, cast members will often have a special area quartered off for wheelchair users and their families towards the back of the stadium. Wheelchair users will also often get in sooner than everyone else. 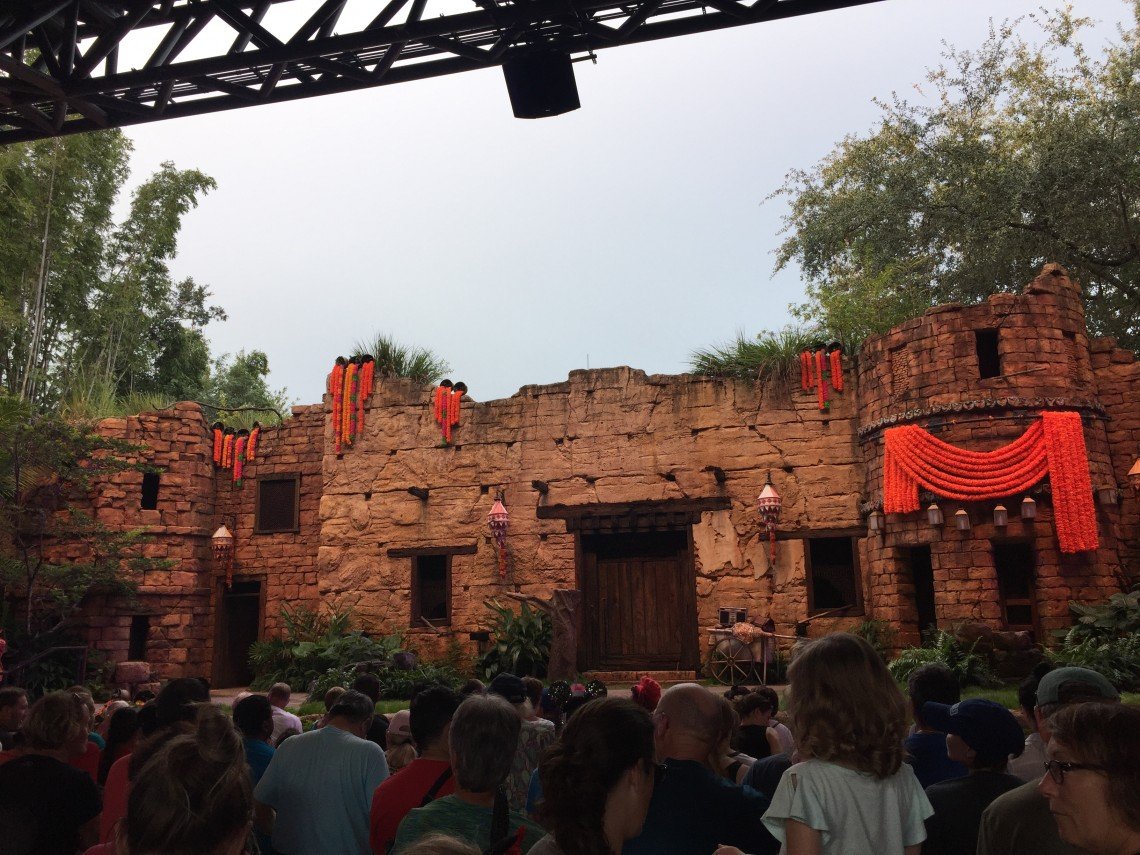 On one hand, this makes it easier to get into a show, but on the other, if you were hoping to see the intricate tricks animals might be doing in Flights of Wonder, you may be out of luck. The after show experience can be a bit hectic, additionally, with everyone wanting to leave at the same time. 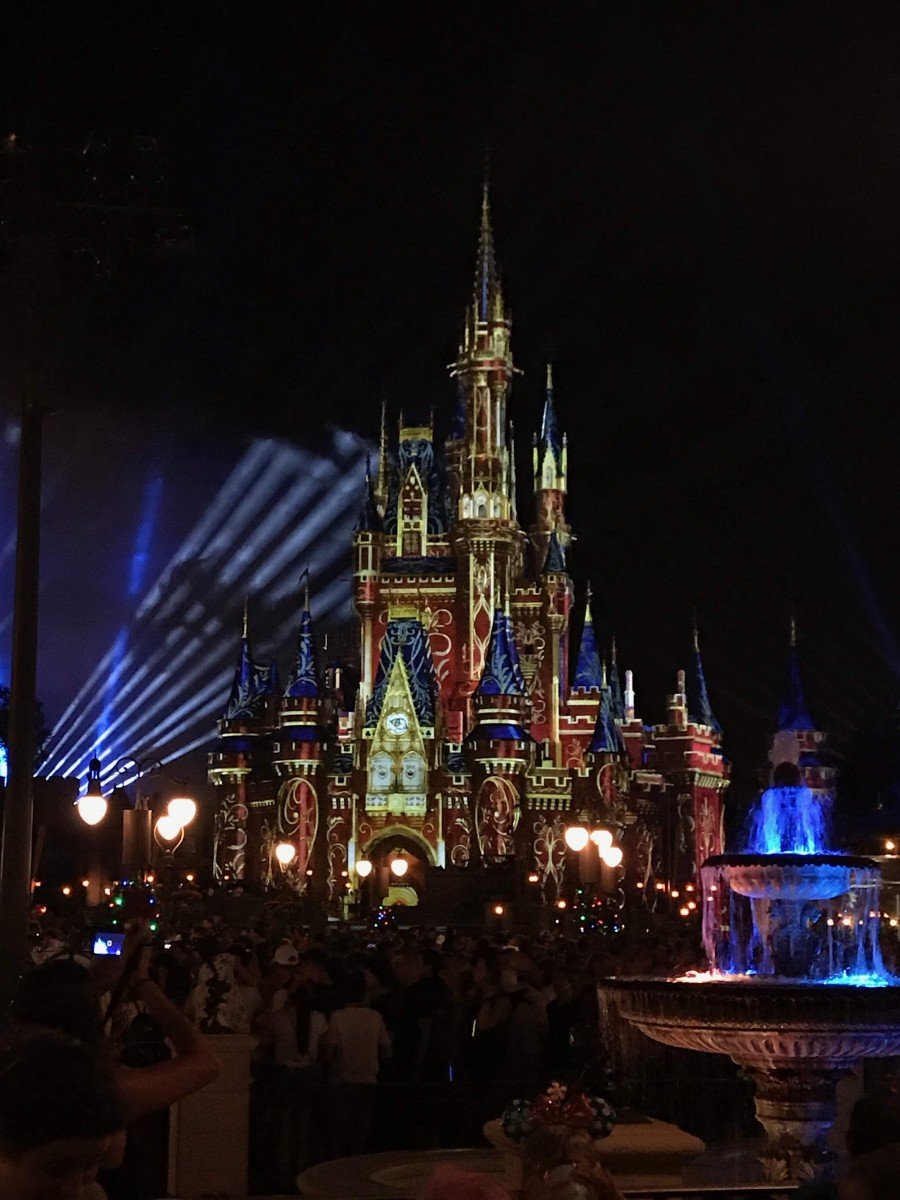 For large shows like the night time spectacular at Magic Kingdom, there are dedicated wheelchair areas that give a pretty nice view of the castle and fireworks in the background.

Going From Park to Park Can be Tricky 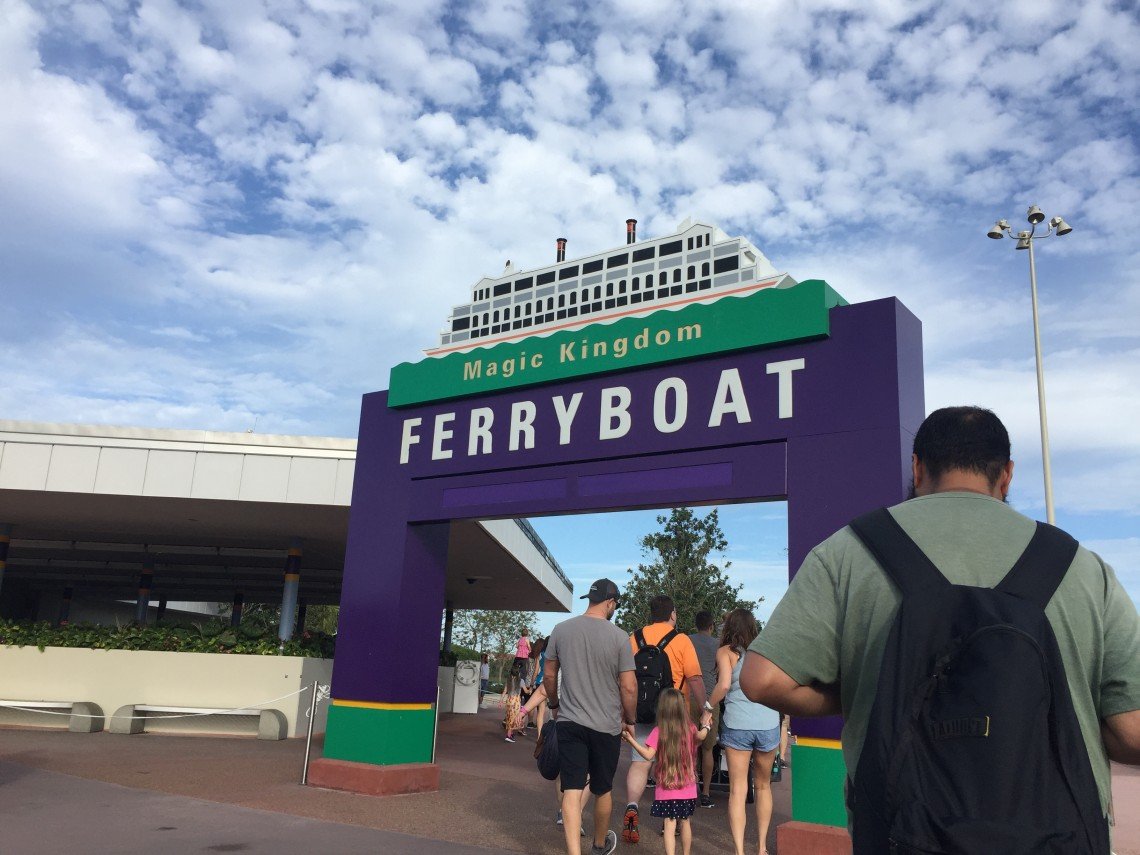 Walt Disney World employs a system of buses that shuttle people from resort to resort. This makes it easy to get from hotel to park. Getting from hotel to shuttle, for someone who needs a wheelchair, can be a little difficult though.

Even with bus stops conveniently placed around the hotel, it wasn’t that easy to get from the hotel to the shuttle, then shuttle stop to the park.

At each park bus stop, we would get off the bus while a friend would run around searching for a convenience wheelchair. These chairs would be left around the shuttle area and park entrance to get people to and from the shuttles.

In most cases, these wheelchairs were quick to find. In a few instances, it took some walking around and searching to find.

Once my partner was secure in the wheelchair, we would head to the park entrance. Entering the park wasn’t too different from anyone without a wheelchair. In one case we even went on the ferryboat to get to The Magic Kingdom without a hitch.

Where the situation becomes a little different is you have to exchange the convenience chair for an actual wheelchair rental.

Rentals are made on a per day basis. As long as you have the receipt, you can park-hop and get a wheelchair by going to the rental area. 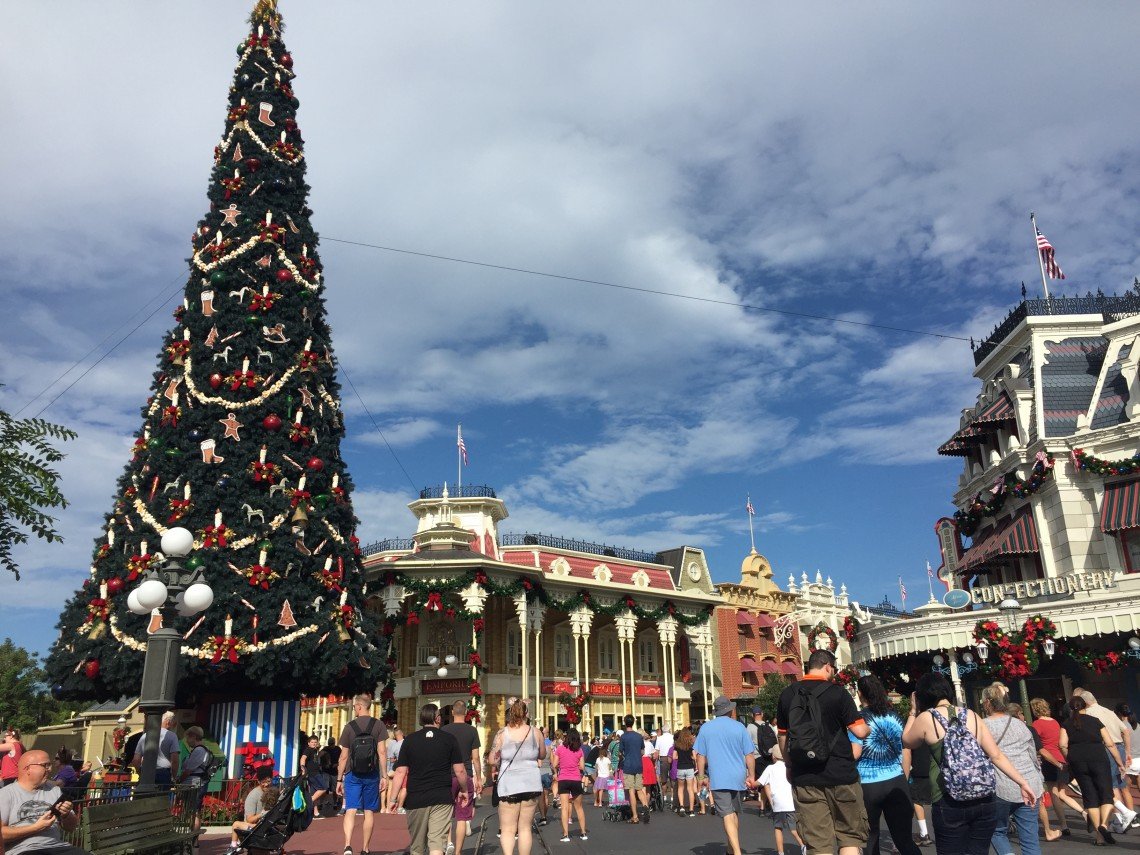 Speaking of rental location, for The Magic Kingdom, you will find it on the right side after the ticket-receiving area facing the giant Mickey face. 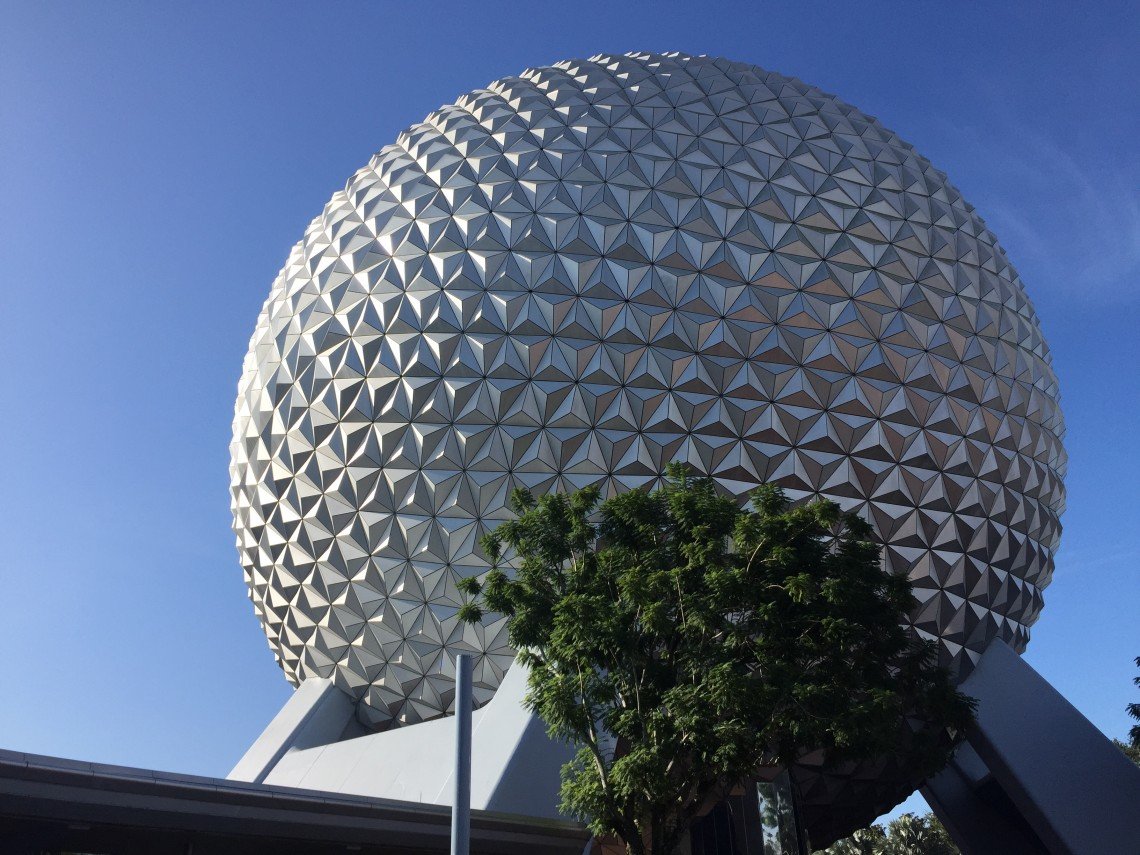 At Epcot, once you get into the park, go left of the giant globe (Spaceship Earth) to find wheelchair rental. 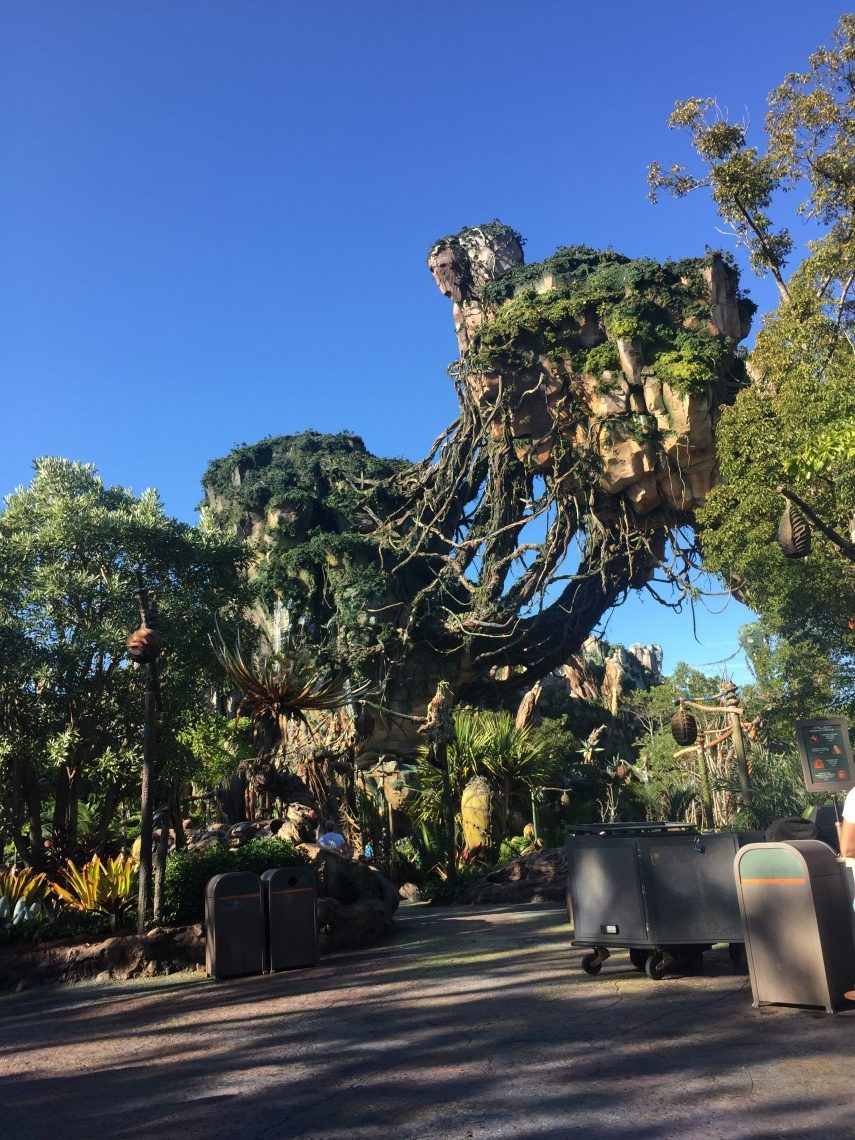 In Animal Kingdom, after ticketing, you’ll see wheelchairs on your right side. 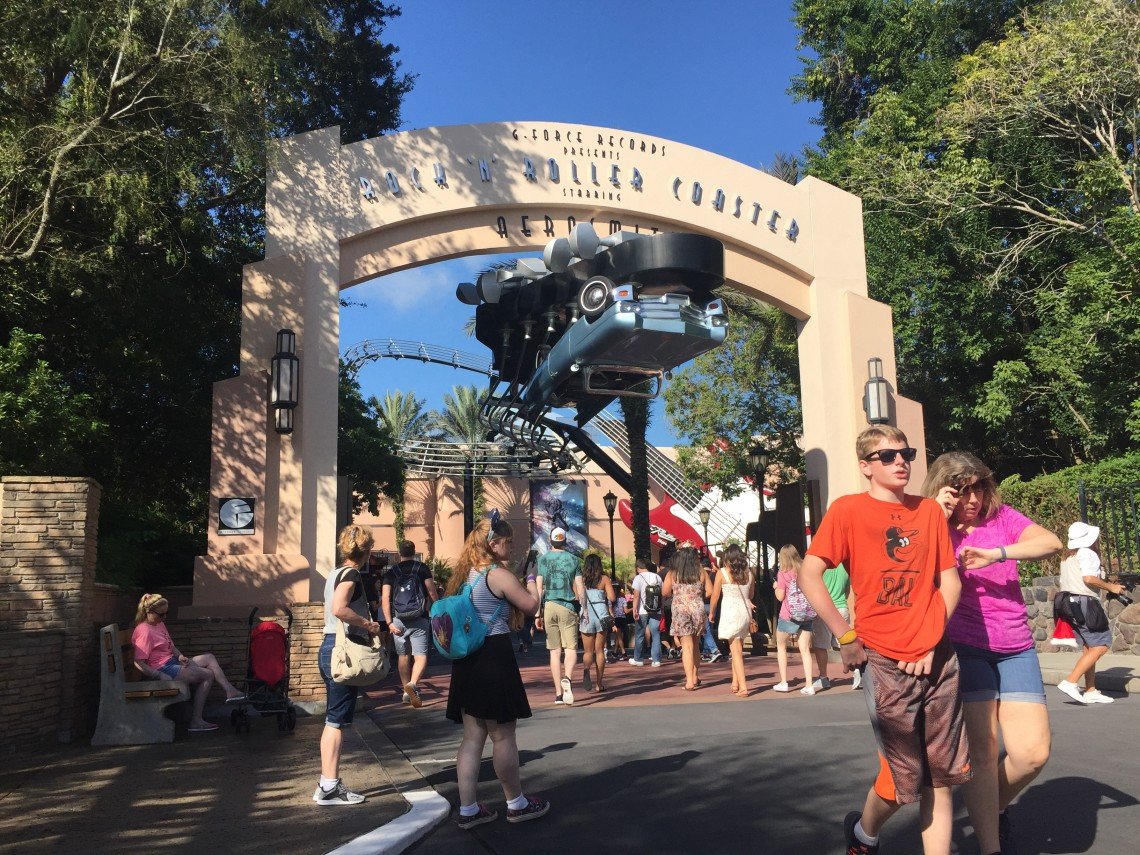 In Disney’s Hollywood Studios, you’ll also find the wheelchair rental area on your right as you pass ticketing.

All in all, though the experience of needing a wheelchair makes things logistically a little more difficult, I was surprised and quite happy with how the experience was. The shows were harder to view, as we were often placed towards the back, but because of how much easier it was to get into each show, it was often a fair trade-off.