Trying the Taiwanese Version of Imagawayaki

One of the best ways I’ve found of exploring the larger cities in Taiwan is simply choosing a location and walking around. It’s through this method that I’ve discovered places like Shuanglian Castella Cake, amazing bakeries, and all kinds of cool stationary stores.

Recently, I stumbled upon a shop selling a food dish that I only expected to find in Japan. At first, I was wowed by the decor. The lanterns and kites made the store look Japanese.

Drawn in, I was pleasantly surprised to find the store served red bean cake (今川焼き / imagawayaki in Japanese and 紅豆餅 / hong dou bing in Mandarin). Red bean cake also goes by the name of 車輪餅 (che lun bing) to describe the carts that they are often prepared at. The cake is batter consists of batter that is formed in a circular pan with red bean in it. Two sides are brought together to encapsulate the red bean.

On occasions since, I’ve found this dish being prepared at night markets like Fengchia and Shilin. 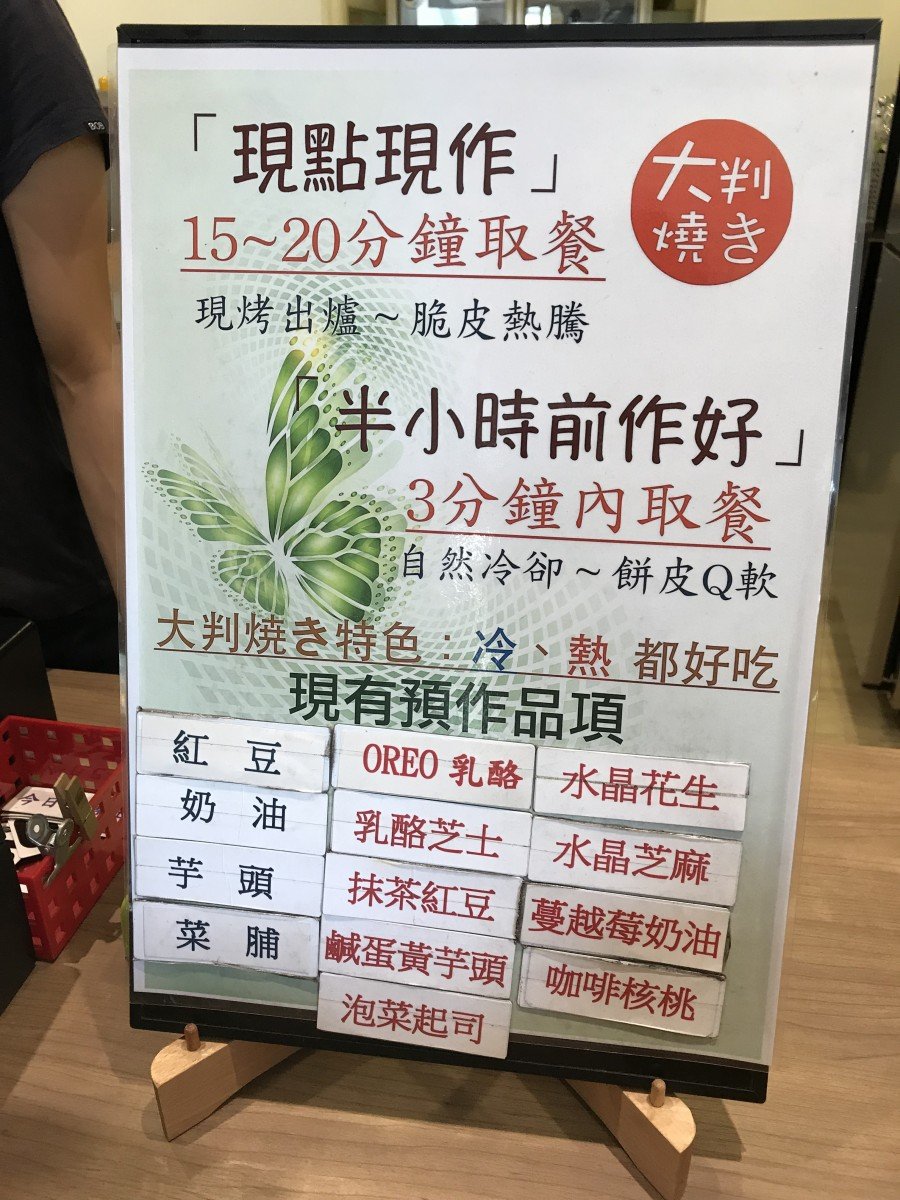 We got a matcha with mochi in it (the one with the sesame seeds). 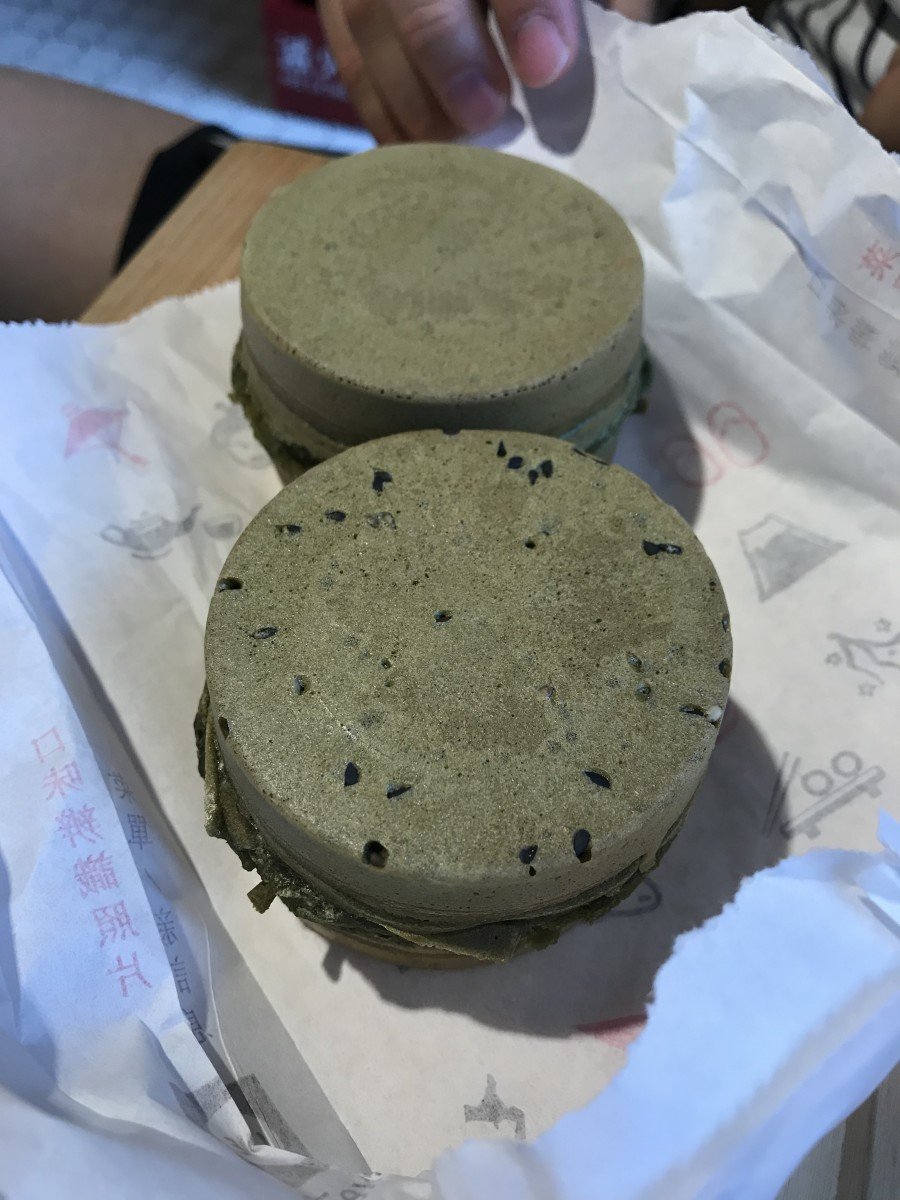 Cooked fresh, it took about 20 minutes for us to enjoy the red bean cake. While waiting, we went into the food court of a nearby mall.

Coming from a childhood where I used to eat these cakes every summer, I was a little disappointed at Da Pan Shao’s cake. The inside was still a little liquidy (though I could see this being caused by the mochi on the inside). Though it wasn’t burnt on the outside, the exterior had a crunch that I’m also not used to.This all might just be a Taiwanese preference though.

Overall, the taste was good. The matcha did come through and it wasn’t overly sweet.

For now, I’ll stick with my Japanese red bean cakes, but I am intrigued by what a more savory cake might taste like. Something like kimchee sounds too different and fun to pass up.