Trying the Best Saimin and Plantation Tea Cookies on the Island

Growing up, my parents used to get these flat cookies that were about the size of a silver dollar. They were a couple of millimeters thick and tasted kind of like a fortune cookie. We would eat them by the bagful. Every trip to the local Japanese grocery store, we were sure to get these cookies until one day, they stopped selling them.

Not surprisingly, I was pleasantly surprised to find the tradition of making these cookies (called tea plantation cookies) alive and well in Hawaii. I stumbled upon Ishiharaya after looking for things to do and try on the western part of Oahu.

Most people who visit Oahu, if they rent a car don’t make it out to the southwestern part of the island. Except for maybe those staying at Disney’s Aulani or going to Paradise Cove Luau, many will often continue up H2 up to North Shore instead. Ishiharaya is located slightly west of the exchange that would take you north to North Shore and the Dole Plantation. 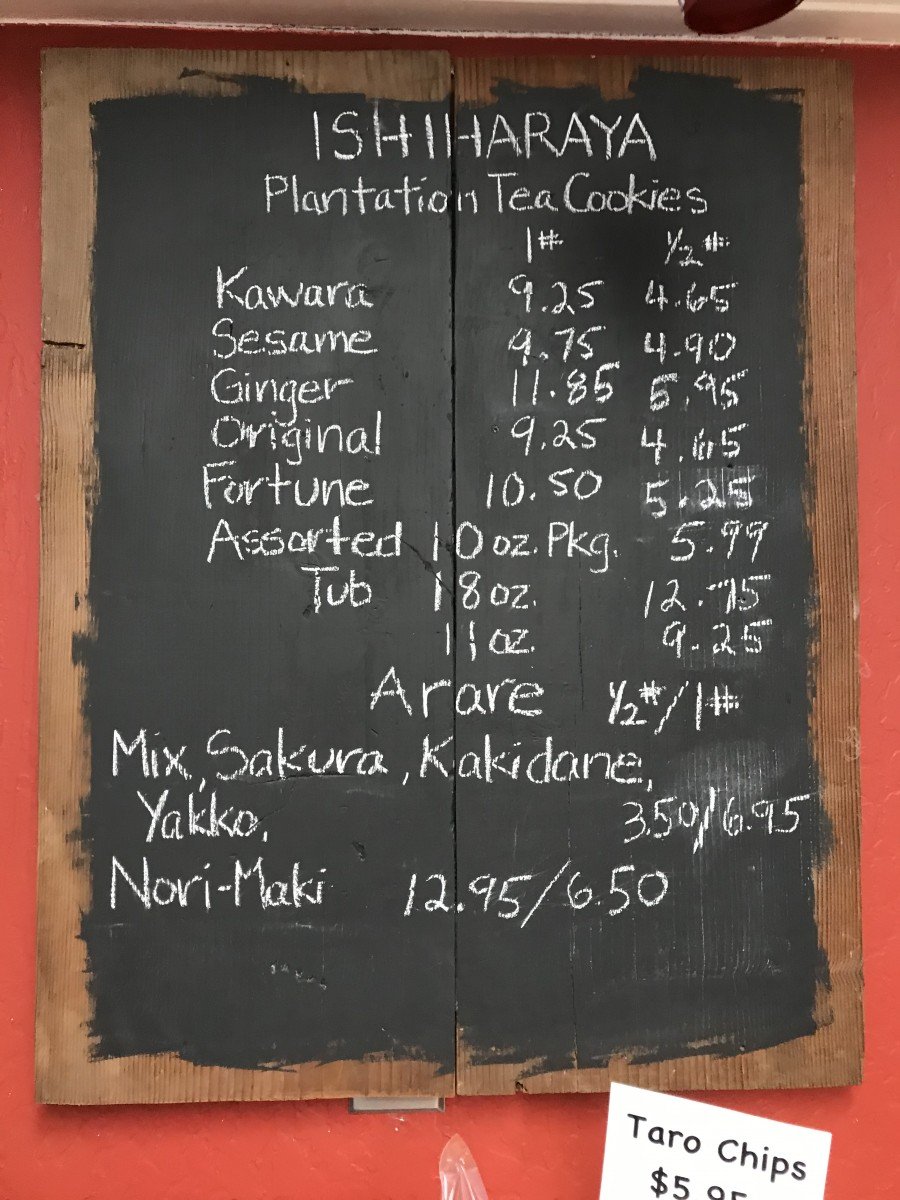 The shop is located in what seems like a low development area. If you didn’t know there was a cookie shop here, you might easily pass it thinking it was a part of a car dealership. 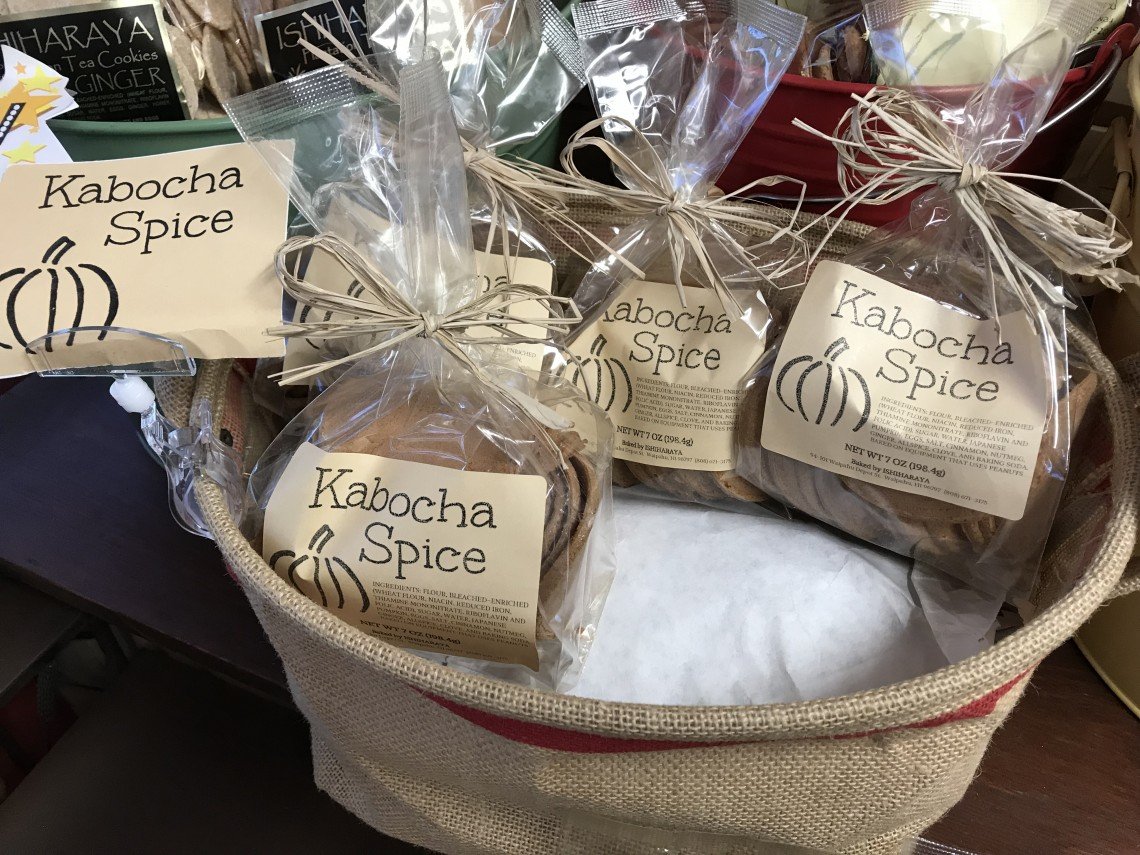 The shop inside, is small. The entire space to shop probably fits 10 people shoulder to shoulder at most, but it’s not about size here, it’s about the quality and taste of these delectable morsels. 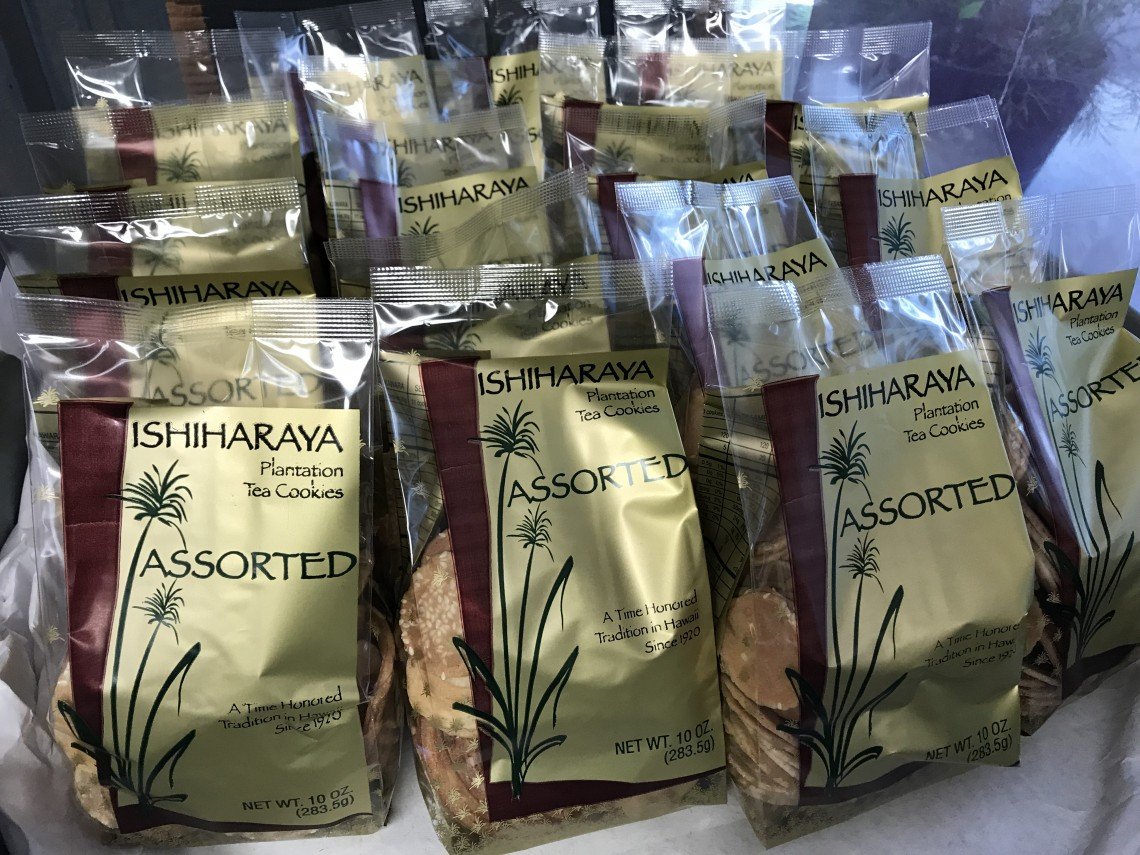 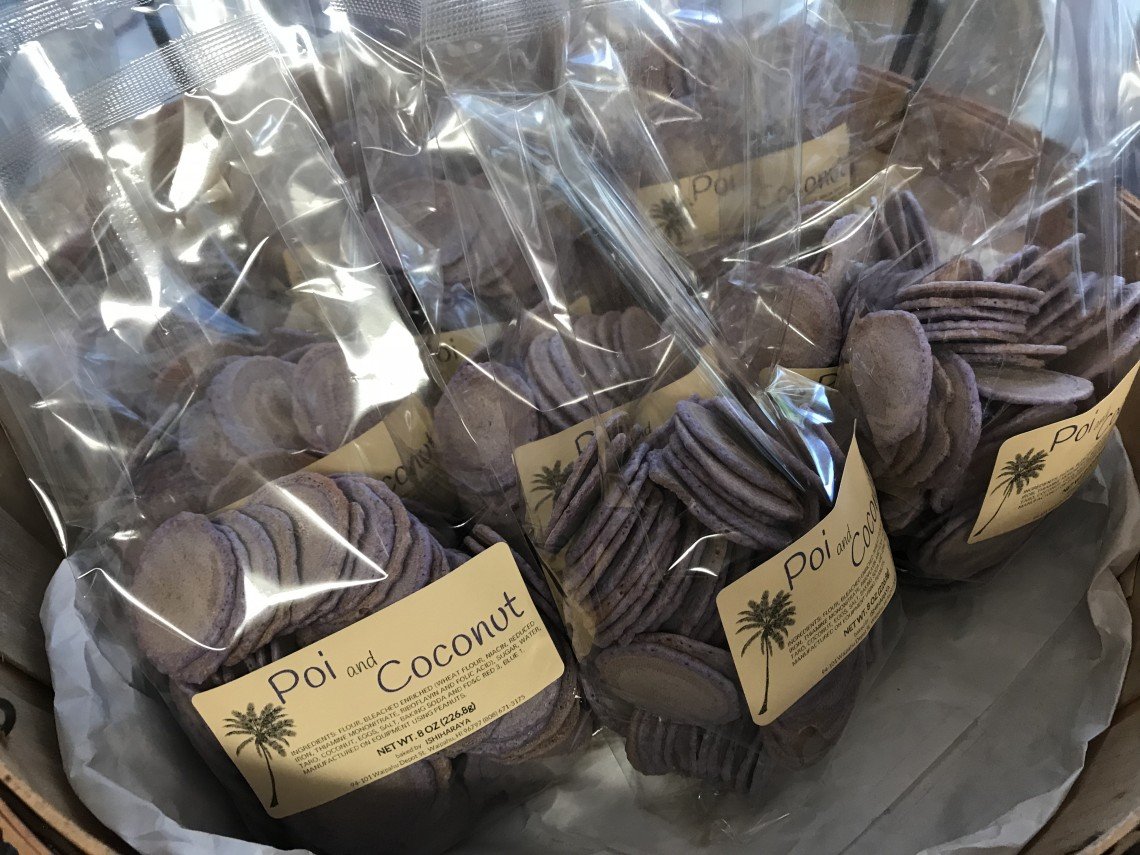 Maybe it was the fact that the three shop attendants could all have been my grandma, but they insisted I try a sample. After being gracious and thanking them for a whole cookie, one of the lead ladies suggested we try more samples. Eventually we had a paper towel with each of their cookies on top.

They bake the cookies in the back and place them in these old tins. 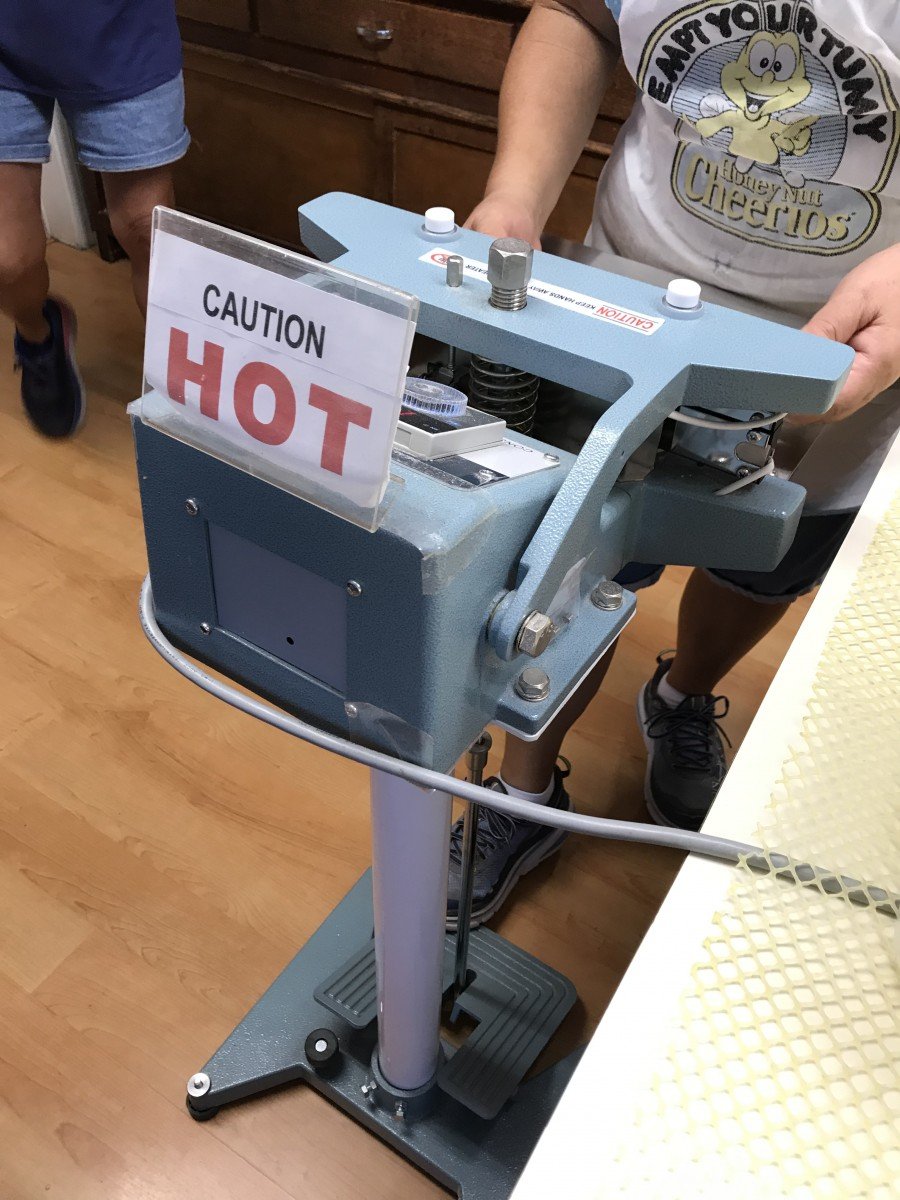 They weight them out, place the cookies in bags, and hand-seal each bag for sale. 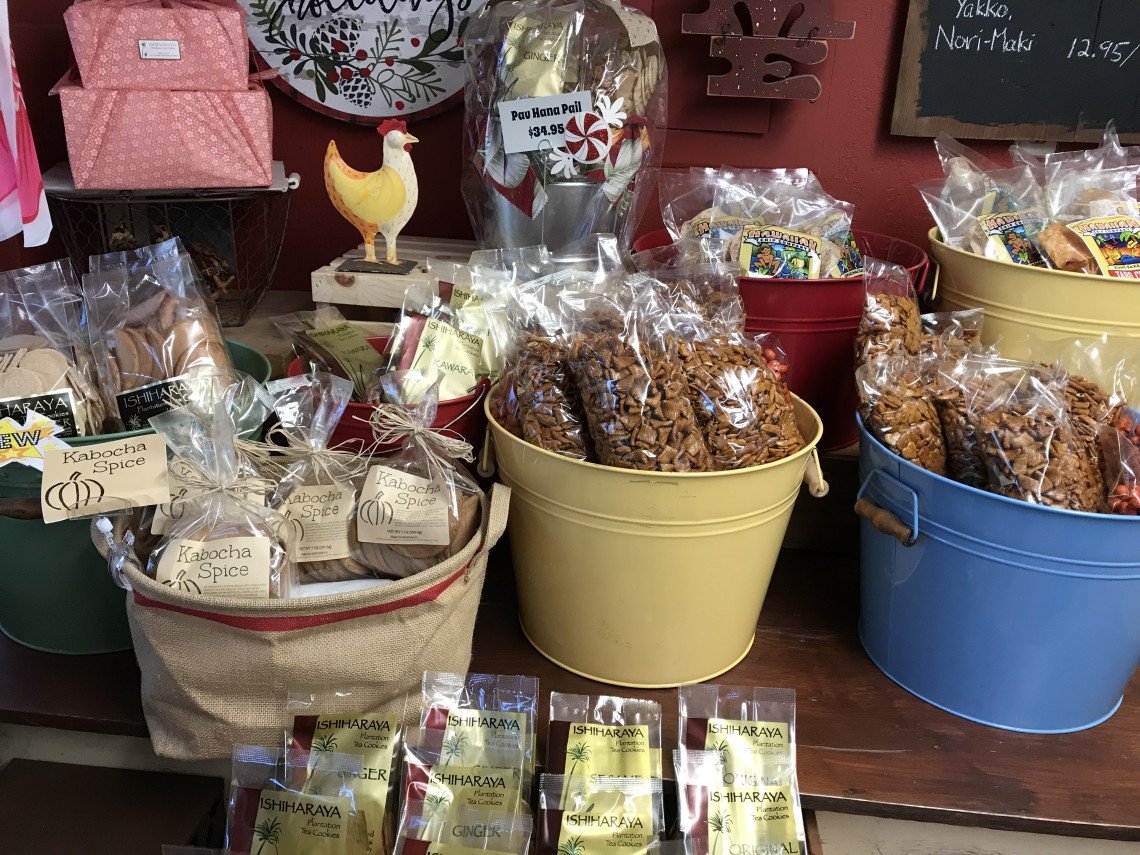 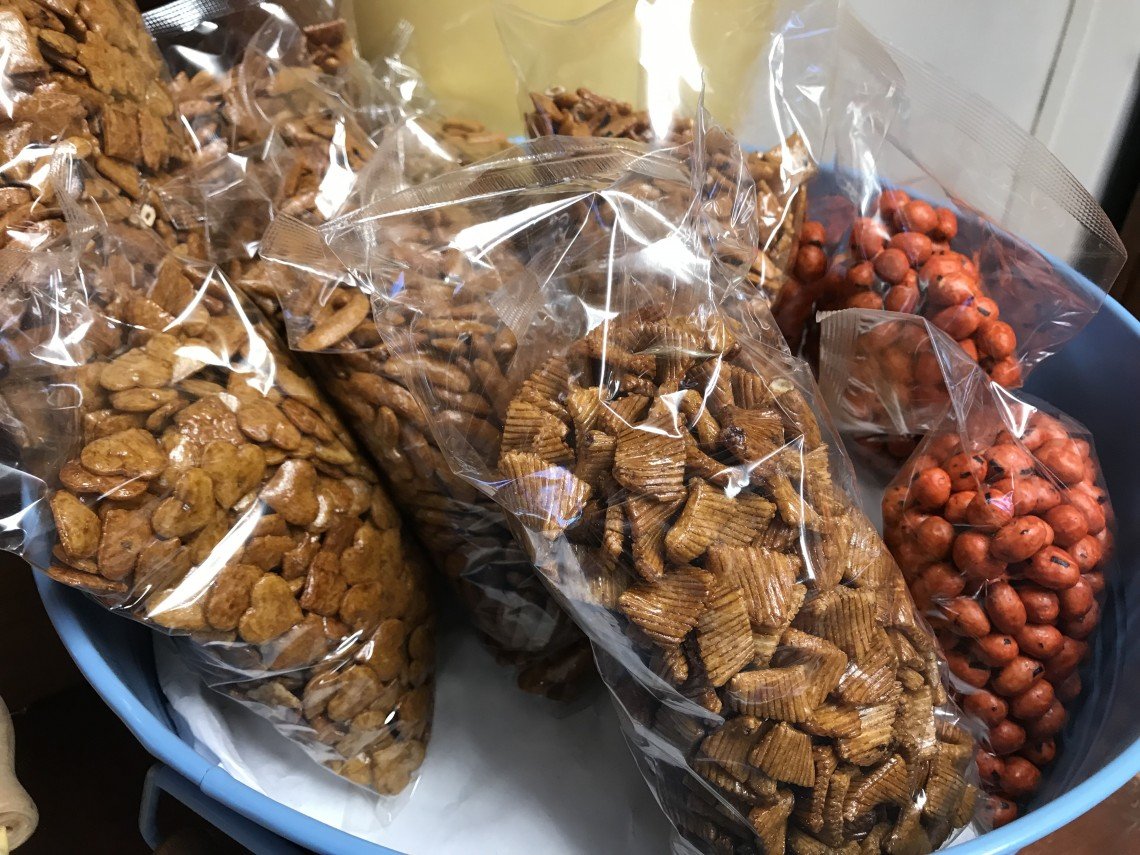 Perhaps it was the service and how they were treating me (like a grandchild that they haven’t seen in a while), but the flavor and texture was exceptional. My favorites were the ginger and poi/coconut. I bought a few bags including assorted and the poi/coconut to bring back to my parents. After a few hours back home, the bags were gone.

I will definitely be back and hope you make it out to Ishiharaya to try some of the best tea plantation cookies out there. 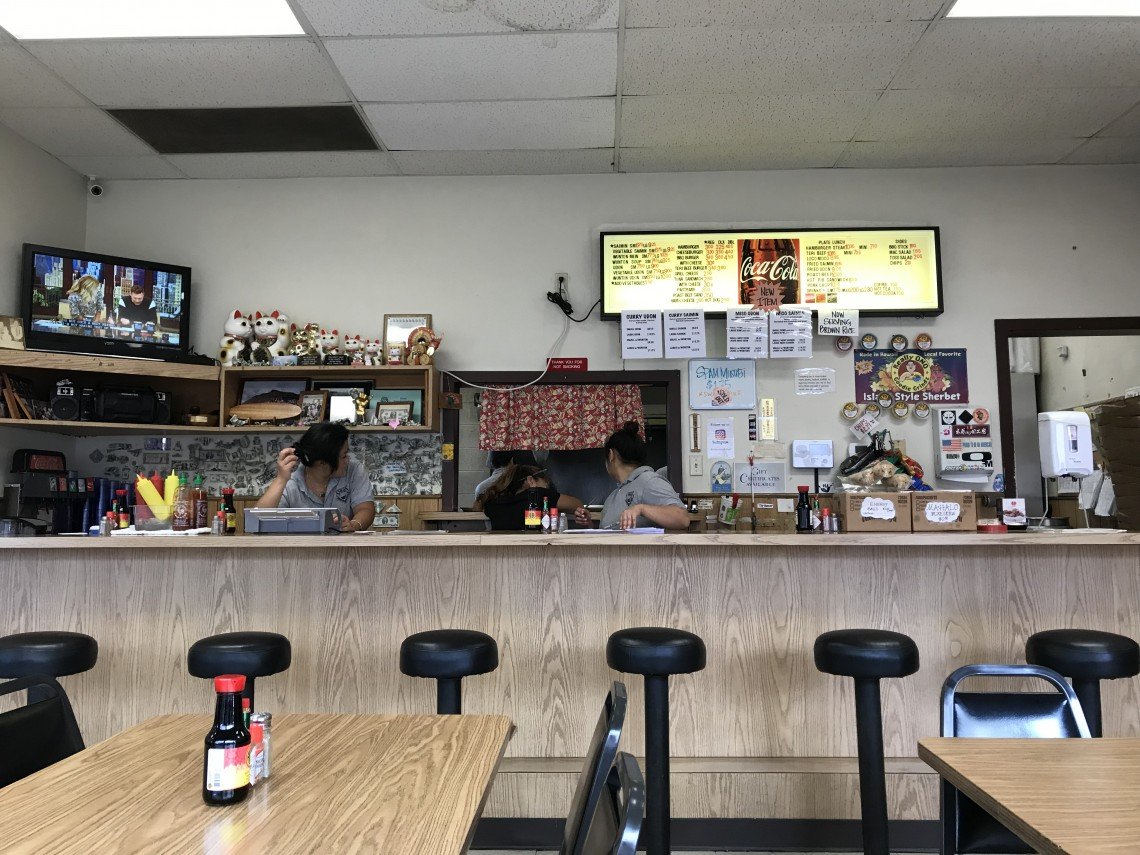 Saimin is local comfort food that is a combination of the various cultures present in Hawaii. I loved eating saimin as a kid. In addition to packaged ramen, it was probably my favorite type of noodle dish. I loved the taste of the broth and how colorful the dish looked with the pink kamaboko, yellow egg, and green onions.

Fast forward to today, I asked around where I could get the best saimin on Oahu. I was told to visit Shige’s Saimin Stand.

Shige’s, like so many other great places isn’t big on decor. The inside is rather plain with black chairs and faux wood. The menu board also reads like it’s from an old burger joint with moveable letters.

We elected to get a saimin soup and fried saimin.

Right away, I felt good about the decision to go to Shige’s when I saw the local soy sauce and Shichimi Togarashi on the table. 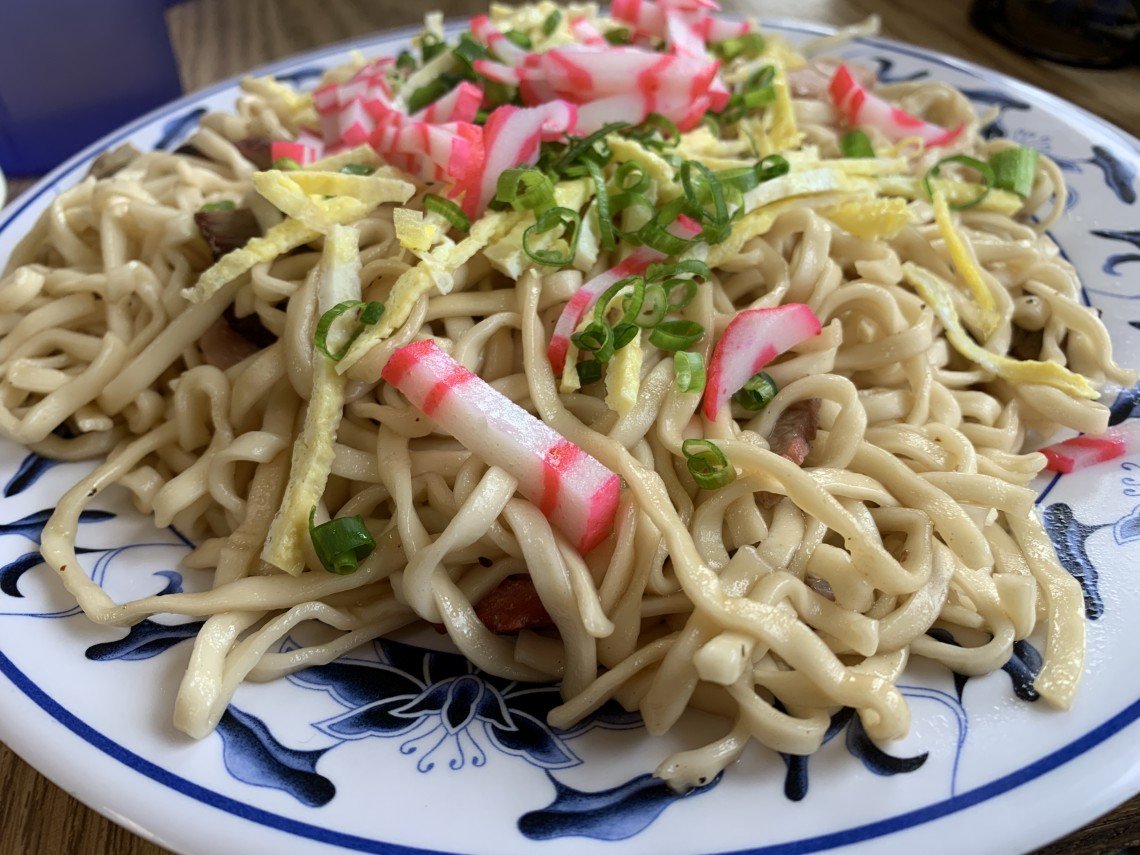 My saimin looks a little plain because of the lack of onions, but it was still amazing. From the texture of the noodles to the flavor of the broth, I enjoyed the saimin a lot.

Until now, I was lukewarm on finding a saimin place that I really liked in Hawaii. Shige’s Saimin Stand will be on my rotation list of places to stop by when in Oahu, even just for a quick bite before heading north to North Shore.

Definitely stop by if you love saimin or even want to try a local Hawaiian dish. You won’t be disappointed!