Taipei never ceases to amaze with its mixture of sensibilities. On one hand, you have the towering modernity of Taipei 101 (臺北101 / tai bei yi ling yi) and Xinyi District (信義區 / xin yi qu). On the other, you have places like Dihua Street and Dadaocheng.

One area rooted in tradition that I checked out is a historical block called Bopiliao (剝皮寮 / bao pi liao). Bopiliao is located southwest of Ximending area a short walk from the Longshan Temple MRT station (龍山寺站 / long shan si zhan). What was originally one of the busiest parts of Taipei, is now a shadow of its former self, relegated to the confines of a city block.

This city block though, is quick unlike other parts of Taipei that I’ve seen. The buildings are marked by architecture from years gone by. Bricks make up a large part of these buildings with steel to reinforce what could otherwise be a shaky foundation. The architecture at Bopiliao has marks of western architecture, Japanese colonial rule, and Qing Dynasty.

In total, visiting Bopiliao makes you feel, very much, like you’ve been transported back into the past.

Bopiliao consists of two main areas, the education center (which takes up most of the block) and an alleyway.

Out side of the main building, the alleyway is lined with a number of 18th century houses on both sides. Like so many cultural creative parks out there, many of the buildings have been converted to art and food spaces for people to frequent. 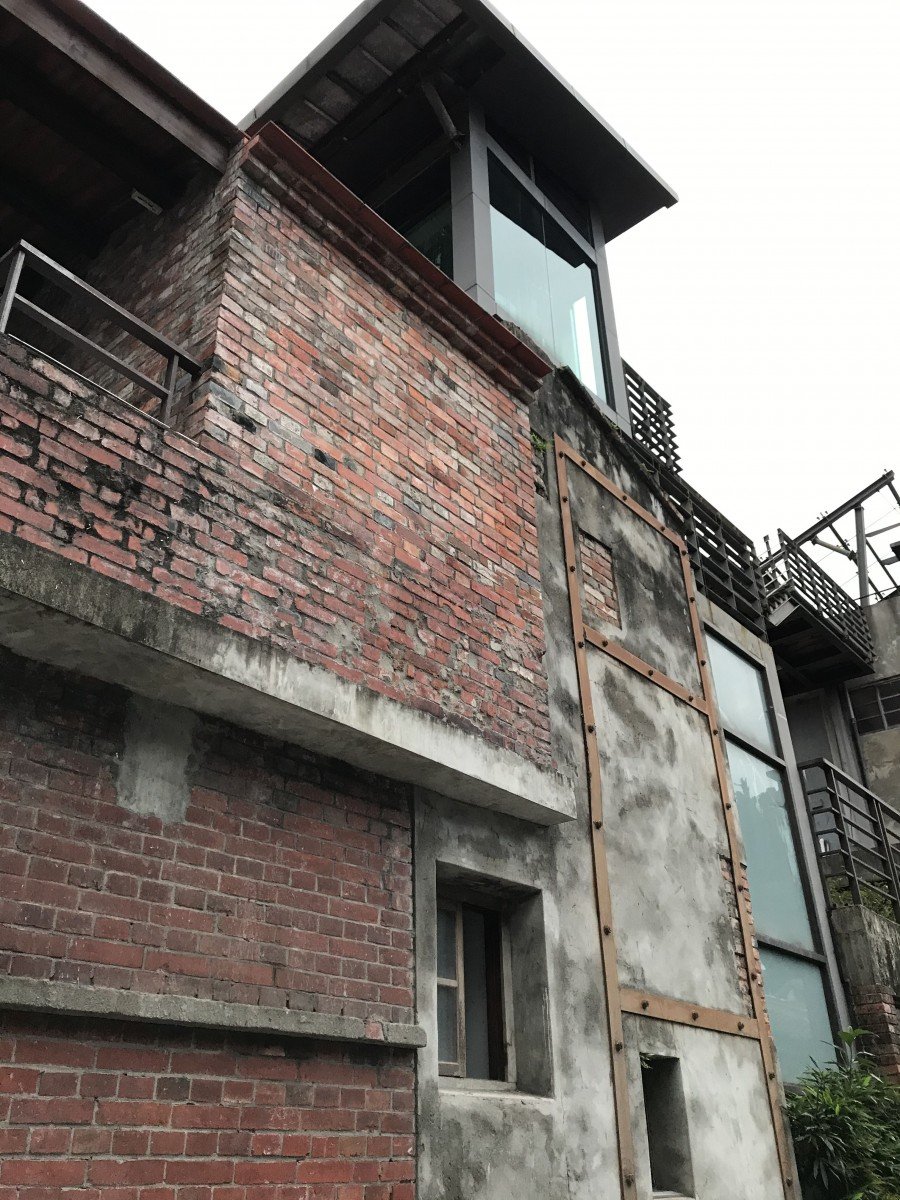 Walking through what probably would have been a bustling street a long time ago, the distinct materials and styles at work are stunning—brick, concrete, glass, steel, wood. Oh the stories these walls would tell if they could talk.

I couldn’t help but wonder what that little glass room at the top of this building was for. 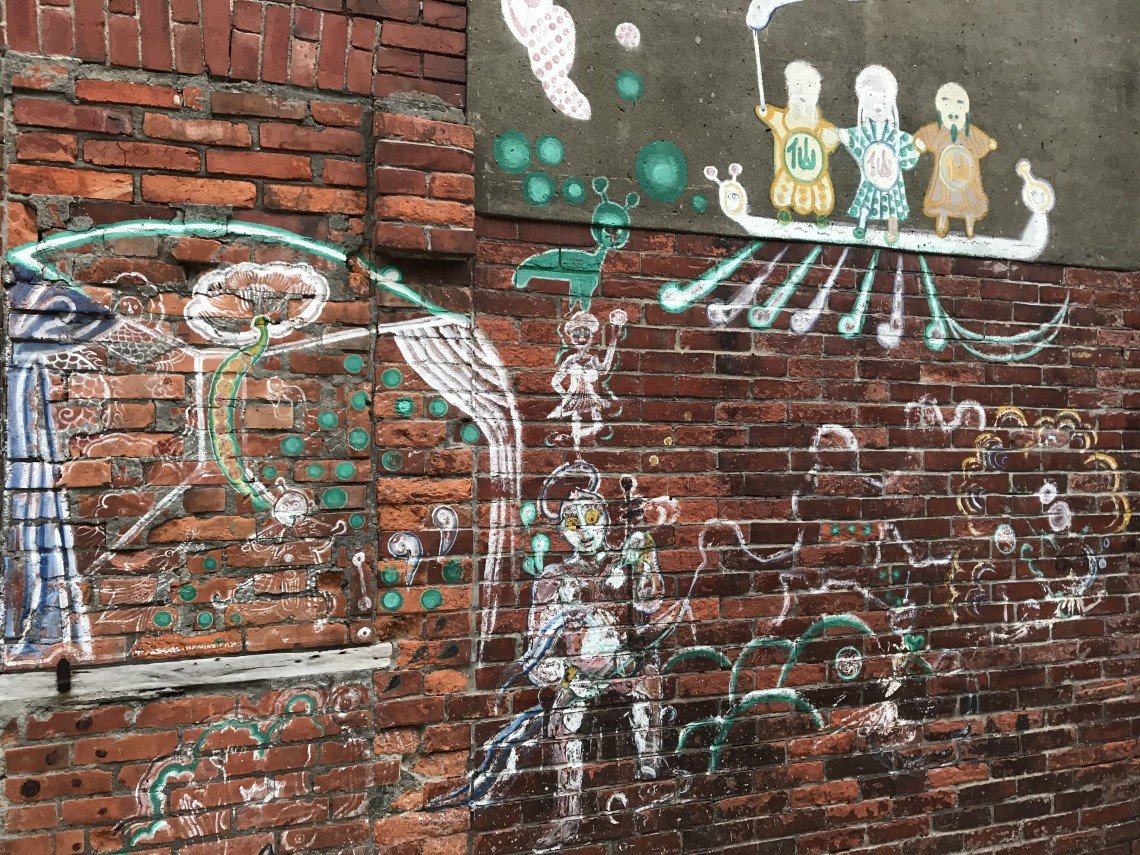 Because there were so many exposed brick walls, someone took it upon themselves to add some street art to it.

Does that look like Ultraman playing an erhu (二胡) to you or is it just me? 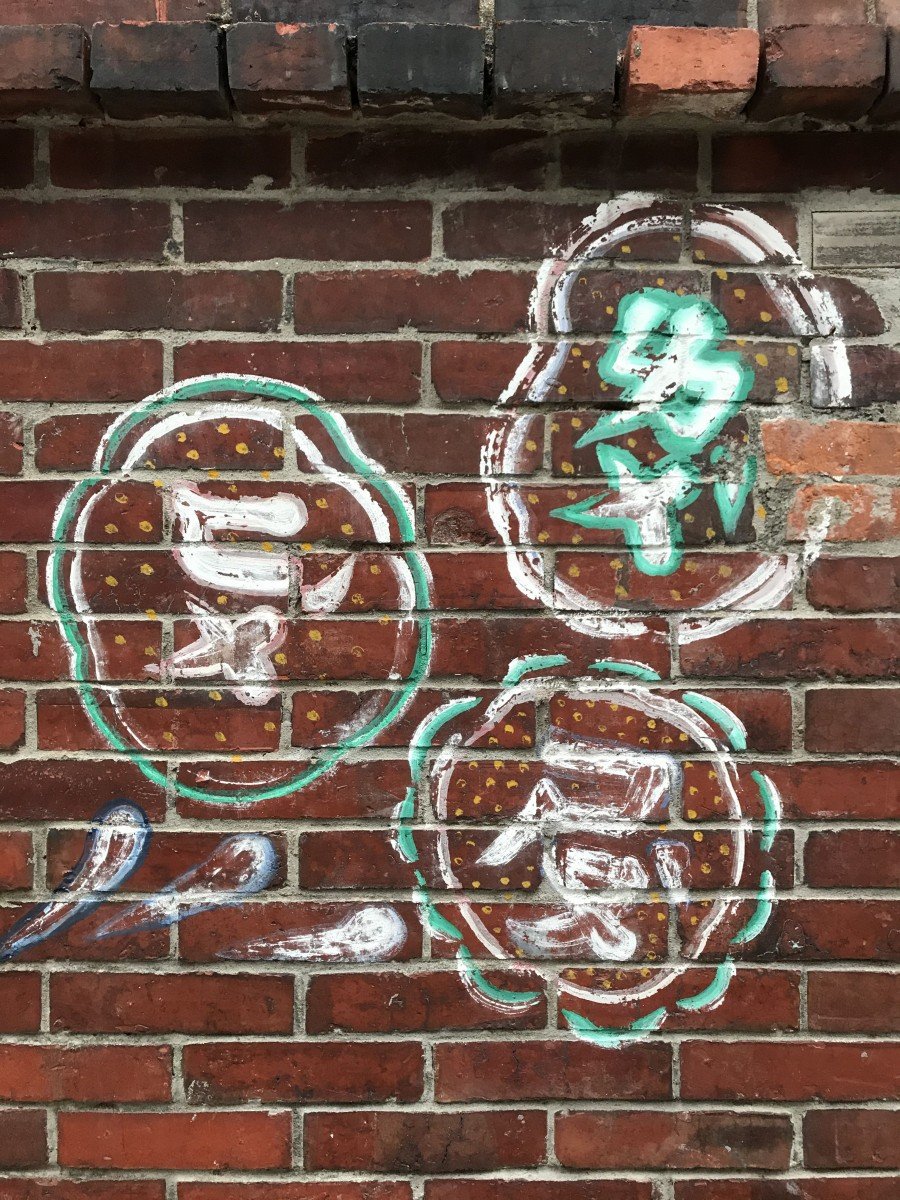 Took a while for me to translate this. Do you know what it says, and what the words are referencing (or who)? 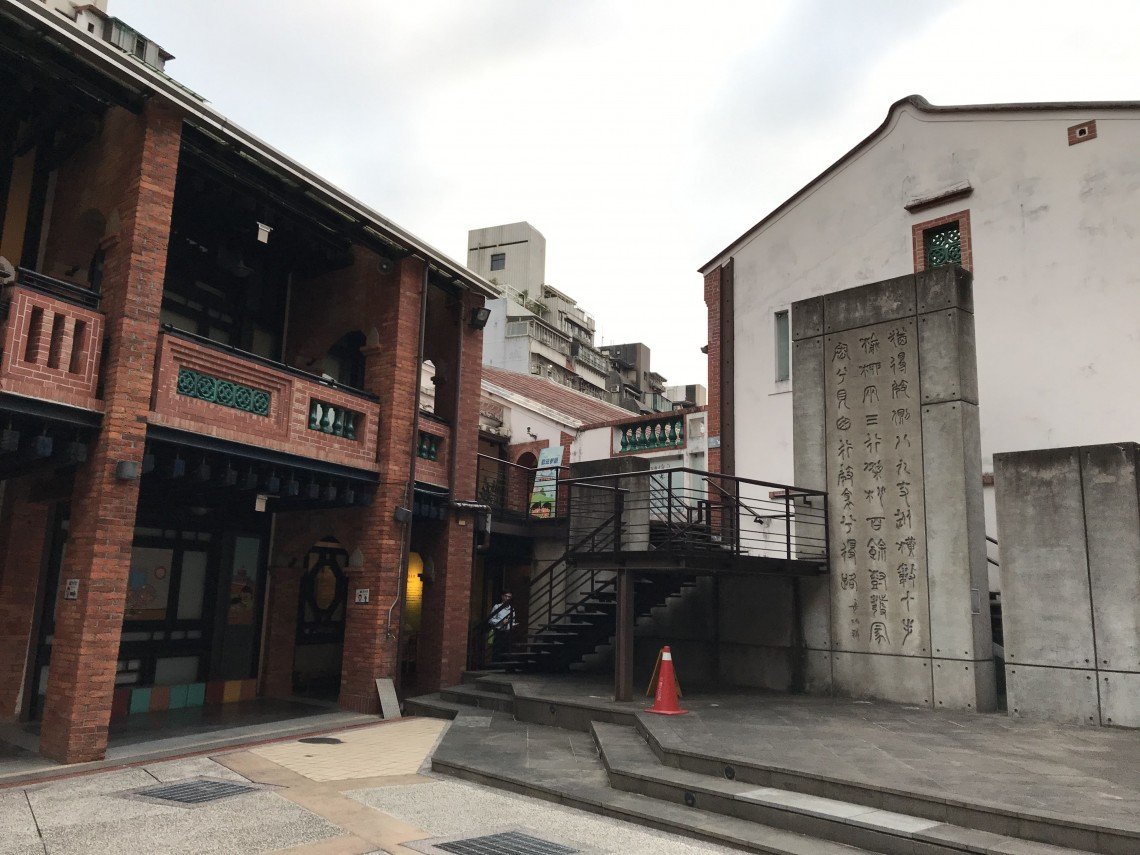 Visitors  can learn more about the building and the historical block in general.

When we arrived, the museum was close to closing. We quickly went through the various exhibits, took a few photos, and headed out.

It’s a nice way to get some quiet walking in as the location itself wasn’t that busy. Bopiliao Historical Block is also a nice way to step back into the past and learn more about how it has shaped the present.

If you’re a history buff and/or interested in architecture, I would recommend checking out this site. If you’re on a short time table looking to maximize your time, this is one site that you can probably skip. There are a few markets around that may be of interest including the Shintomicho Cultural Market (新富町文化市場 / xin fu ding wen hua shi chang), but I will have to check those out another time to give my personal take on them.