The Colonial Harbor Town of Tamsui

One of many fond memories in Taiwan is strolling along the Tamsui River (淡水河 / dan shui he), taking in the sights and sounds of an area that seems so different from most of the Taiwan. Whereas most of the architecture around the island seem “Taiwanese,” many of the buildings in Tamsui, including Fort Domingo sport other influences. 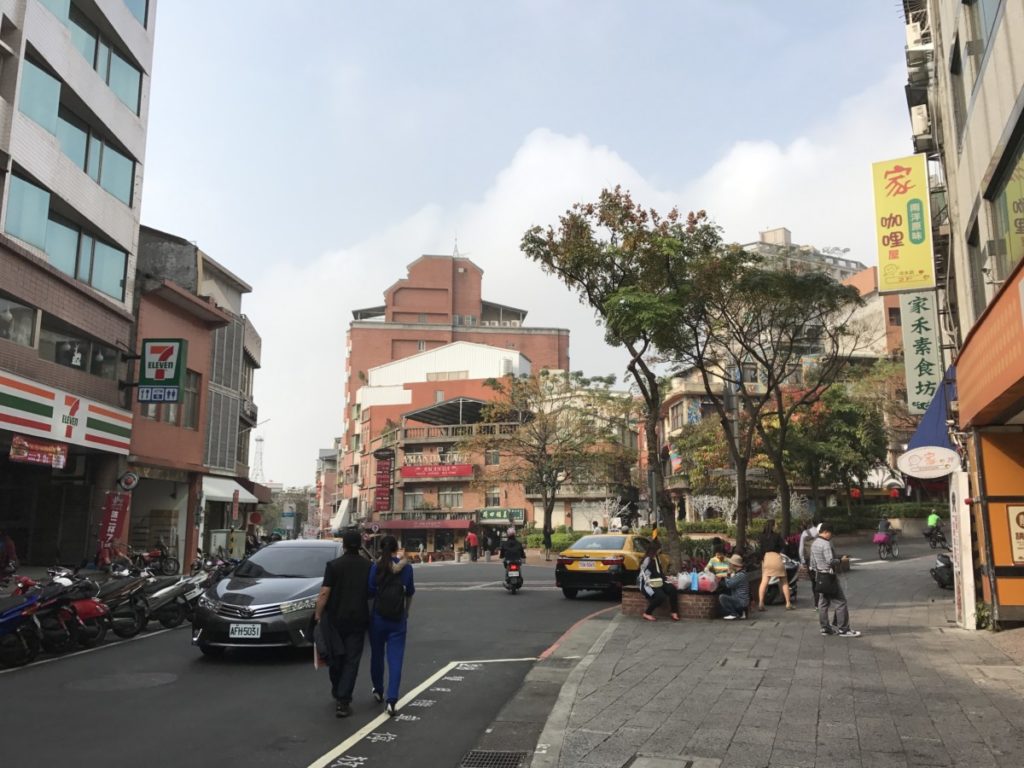 Not surprisingly, Tamsui, due to its key location, has a historied past.

Tamsui was originally settled by the Ketagalan people. In the 17th century, the Spanish arrived who created the town of Santo Domingo. This town allowed the Spanish to defend against British, Portuguese, and Dutch interests as well as facilitate trade with Asia. Not long after, the Dutch took over the town and created Fort Anthonio at current day Fort Domingo. The Dutch were eventually forced to leave after their loss to Koxinga. The area was taken over by Japan after the Sino-Japanese War and eventually returned to Taiwanese rule after the end of World War II. 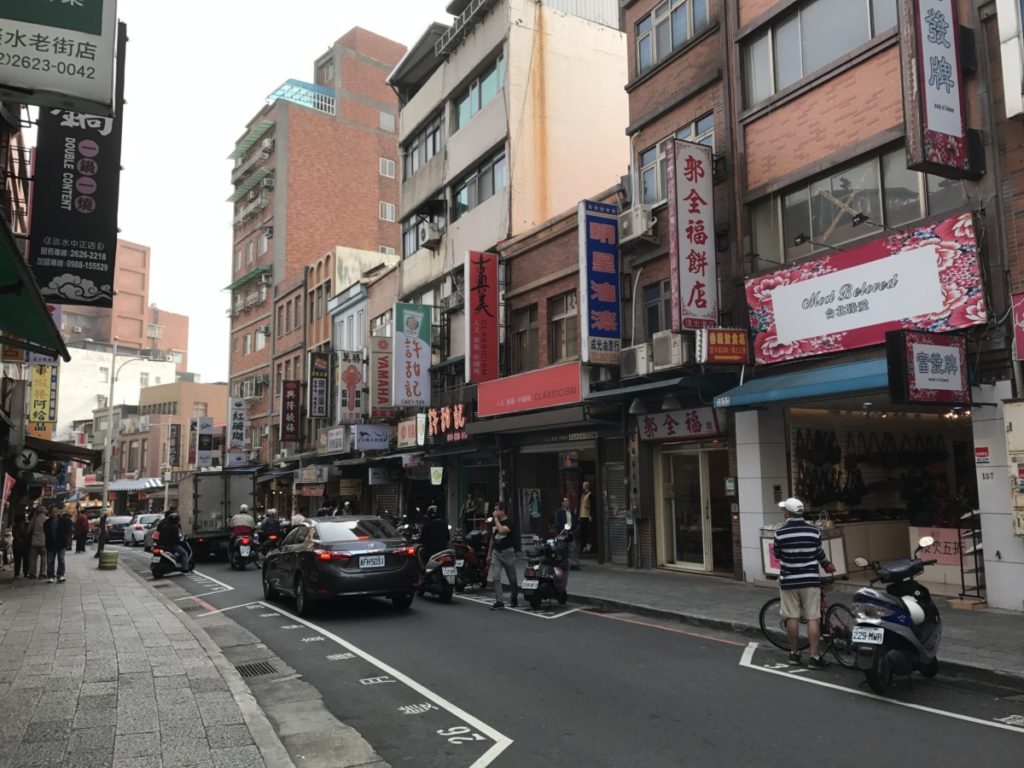 Along the way, we grabbed a local specialty for lunch, fish balls at Delicious Fish Balls (可口魚丸 / ke kou yu wan). The soup base was well balanced and the fish balls were some of the best that I’ve had. For being such a simple dish, I was surprised and quite pleased. 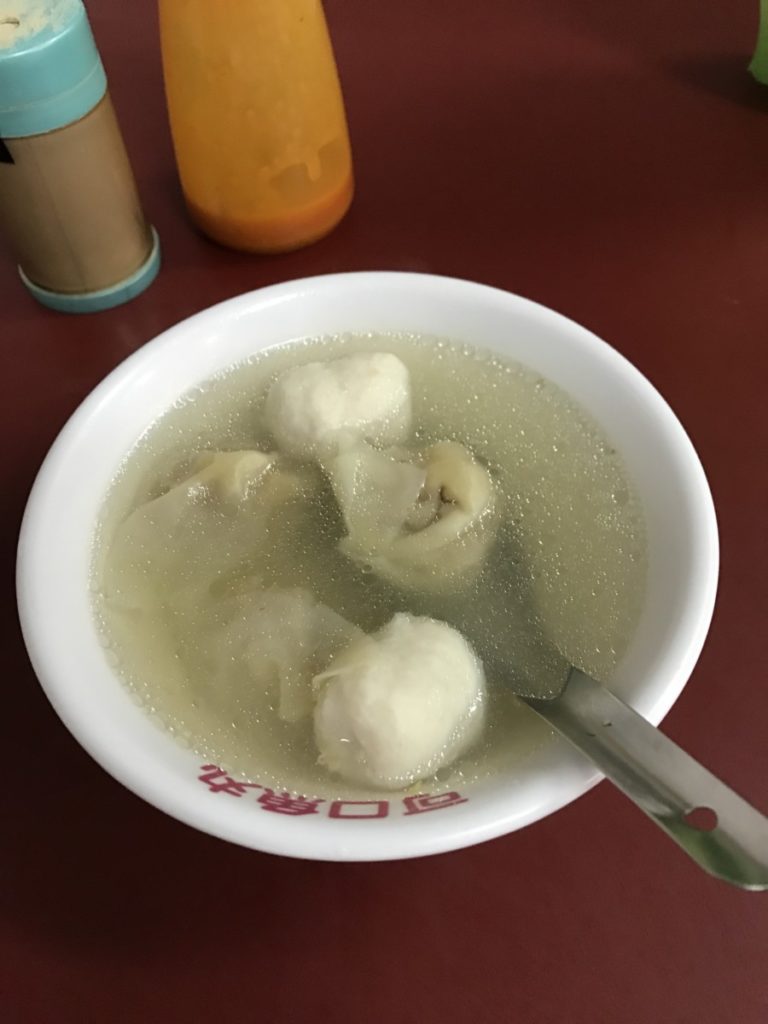 Eventually we made it to the historical fort. 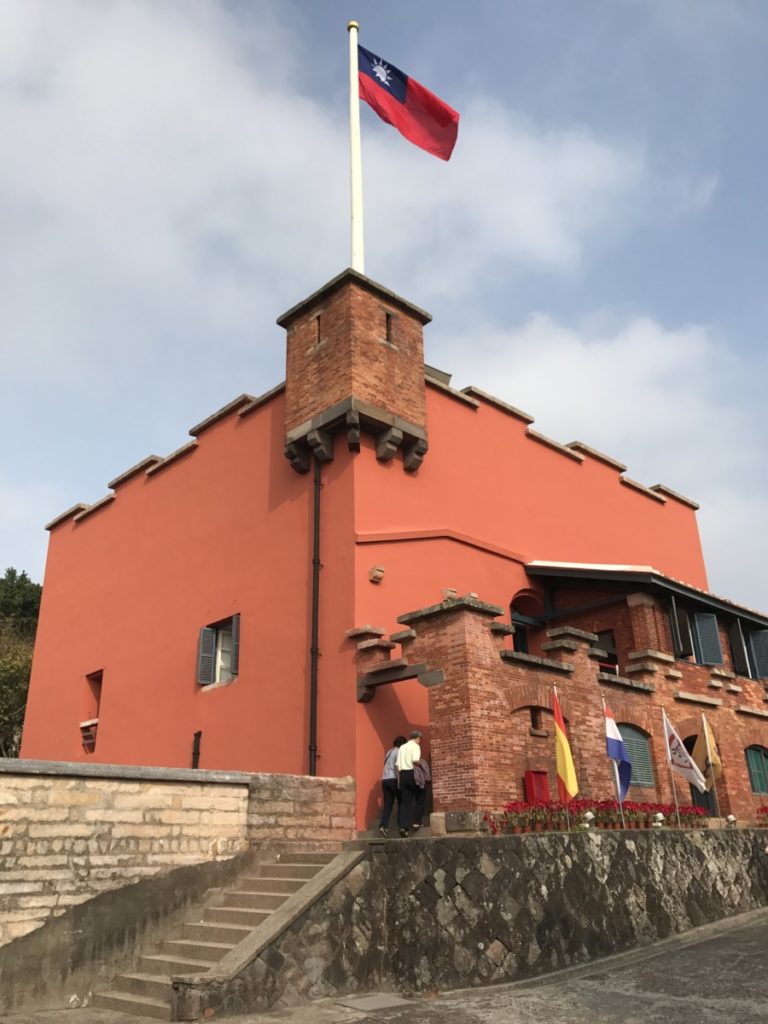 This is the main red building. It looks big, but some of the quarters inside are surprisngly small for their intended use cases (like as an office or jail).

The garden out back is picturesque with wide swaths of grass lined with tropical trees. 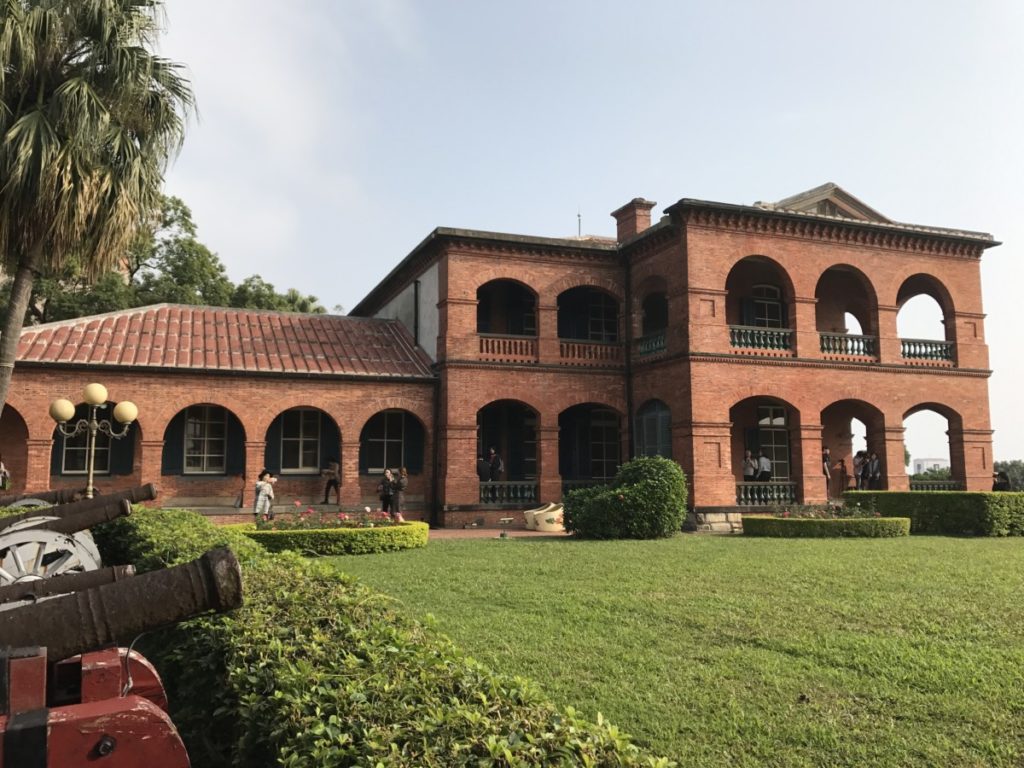 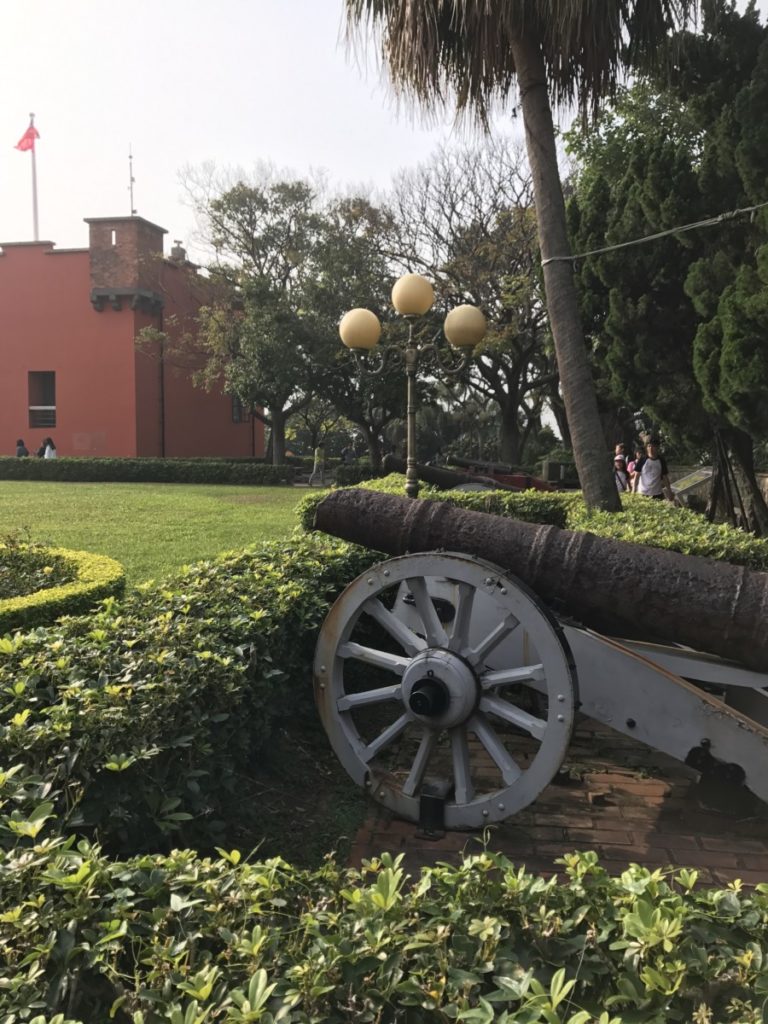 Some of the interior has been maintained. It was fascinating to find that something like this existed in Taiwan. 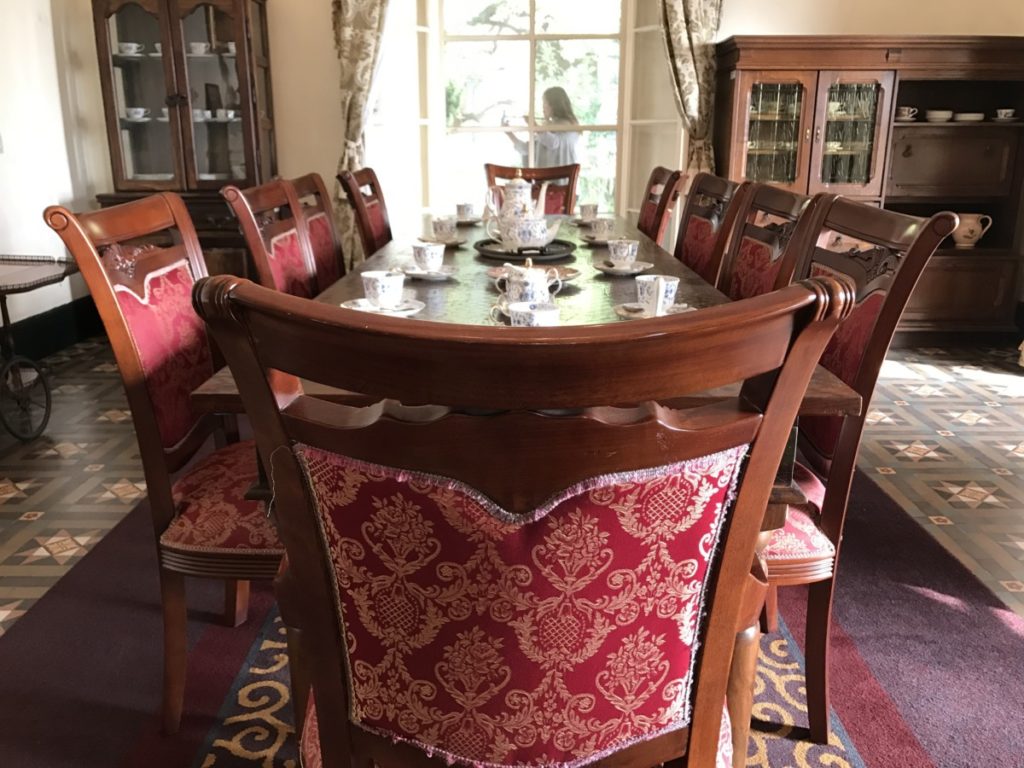 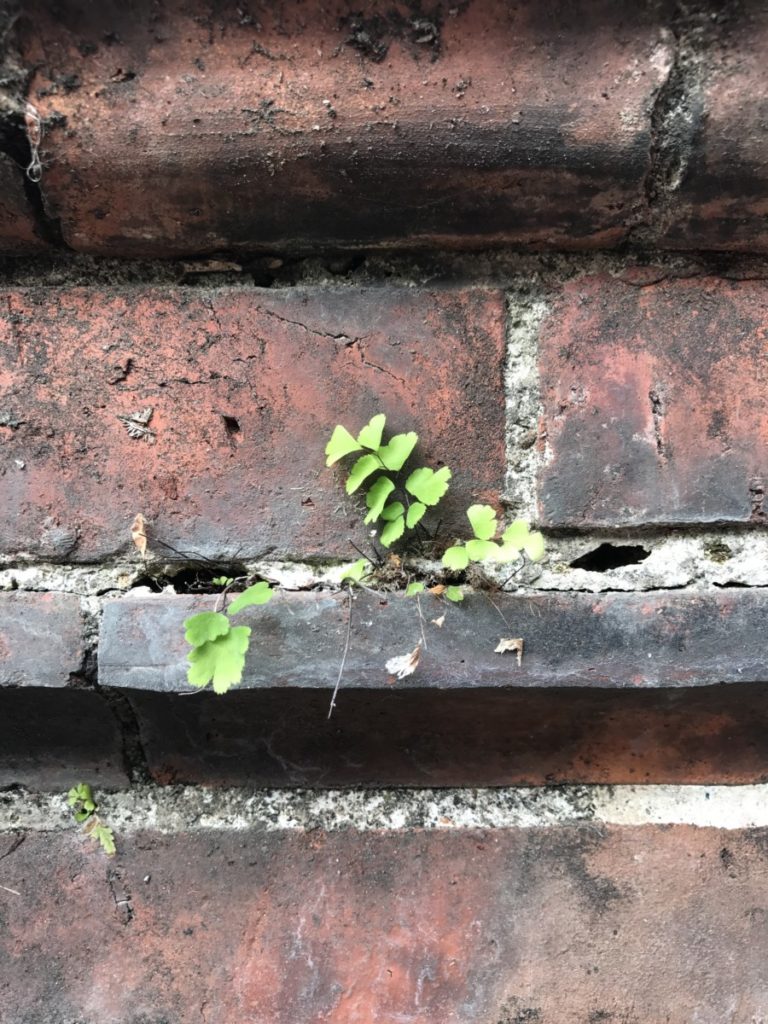 On the way back to the station we walked along the river. It was hazy, making it hard to see Bali (八里 / ba li). This just added to the enchanting feel of the town. 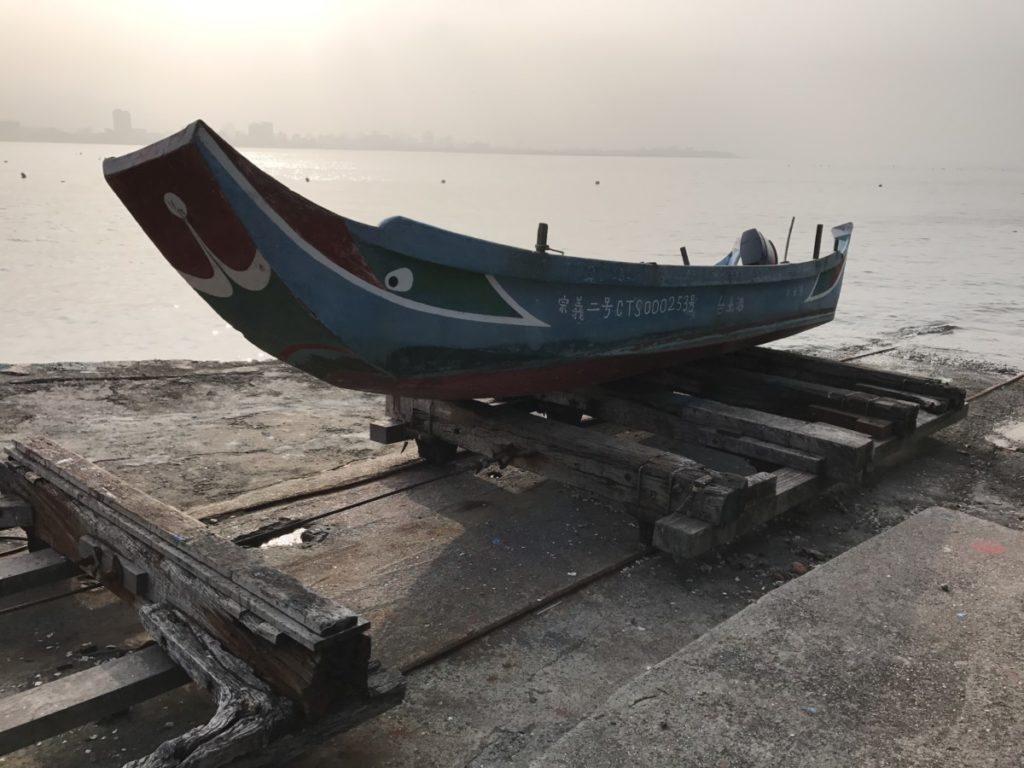 Looks like how locals move ships onto and from land. 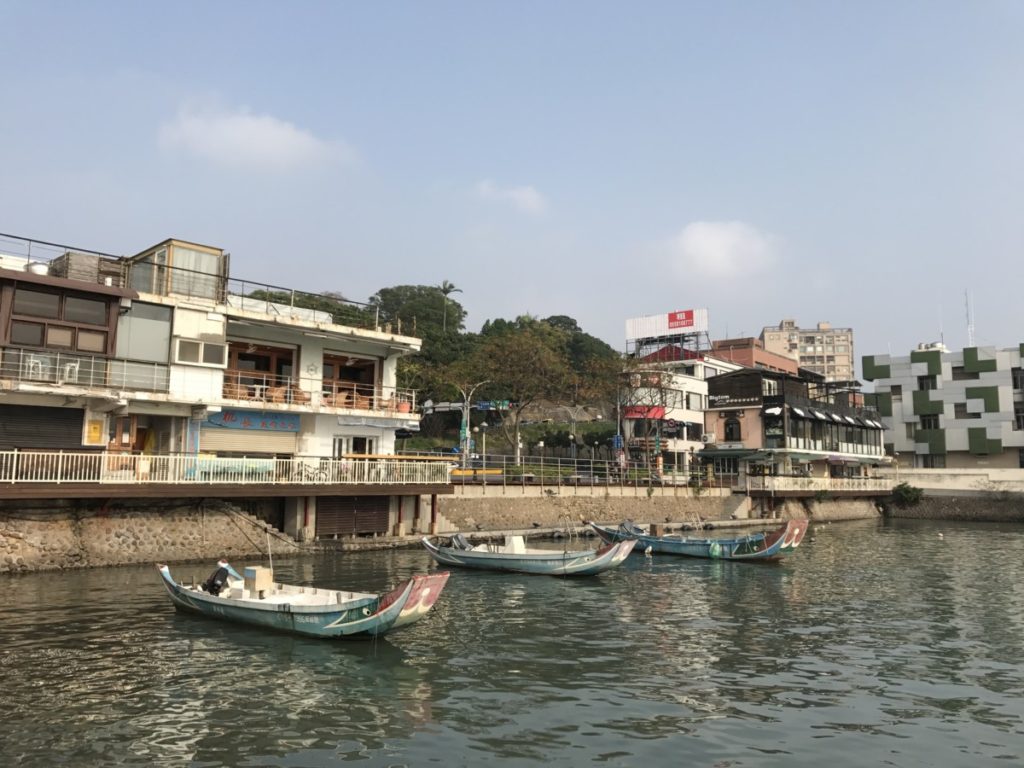 The architecture is so varied here.

Stopped by Starbucks to see how it differed from those in the US. It was pretty similar for the most part. There were a few unique items, but it still felt like your average Starbucks, albeit with more people hanging out (as opposed to working or studying).

Though I was only in Tamsui for half a day, I still had a great time. Can’t wait to go back and explore more of what the quiet harbor town has to offer.