The Best Short Hikes on Oahu

In my last post, I took a look at the best shave ice on Oahu and just how hard it is to say which is definitively the best (all of the shops listed are amazing and more similar than not).

The hikes that I’ve been on, on Oahu, have all been beautiful and breathtaking in their own ways. No doubt, I would recommend these all if you have the time. To make this guide more helpful, though, I have ranked these hikes based on which I would recommend first (based on a limited amount of time in Oahu). I also have added more information about what makes each special.

If there’s one word I would use to describe this hike, it would be lush.

Waimea Valley Trail is a 1.9 mile hike (20 to 30 minutes one way / 40 minutes to an hour total) that takes you in to a waterfall and back out to where you started. Because of it’s location on the wetter North Shore in a valley, the greenery is vibrant and heavy. Unlike some of the hikes on this list, there’s a ton of greenery that helps keep the temperature down. This might even be one of the coolest, next to Makapu’u on this list.

There are also a bunch of peacock that may greet you as you kick off the hike.

Either way, it’s a quick and easy way to see a waterfall and it gets my pick as number 6 on this list. 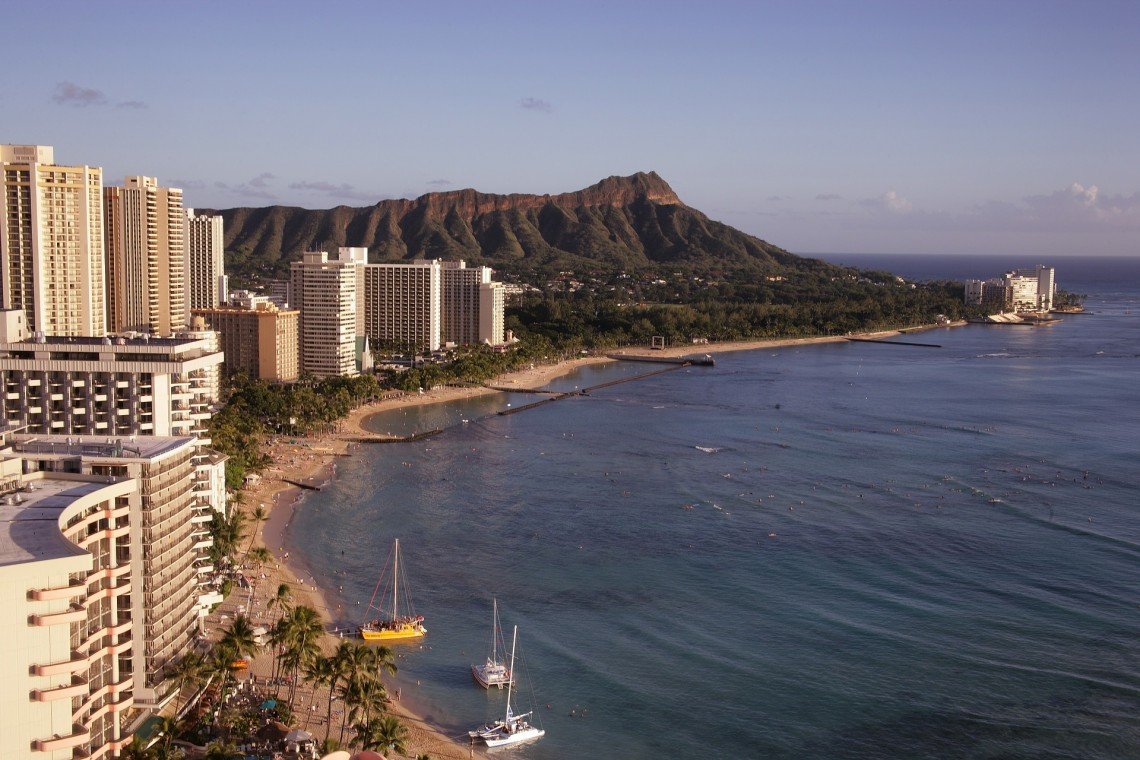 Probably the most iconic on this list is Diamond Head Summit Trail which is the backdrop for many photos due to its proximity to Waikiki. This 1.5 mile hike (45 minutes one way without too much of a crowd / 1.5 to 2 hours roundtrip) takes visitors along the inner edge of the crater up to the top. With surrounding views of the crater and Waikiki, it’s a fun experience to add to a stay in Waikiki.

Because the crater is shielded from the coastal breeze, it’s rather dry and hot inside. Water is recommended as you will have to zig-zag back and forth up the inner side of the crater. Eventually, you will reach a series of steps that will take you into the actual rock-work of the crater. Through darkly lit corridors and steep staircases, you will eventually reach the top and once again cool coastal breezes.

The tunnel and stairwell that was build into Diamond Head was the coolest part of this hike for me. It’s always amazing to me what man can engineer. 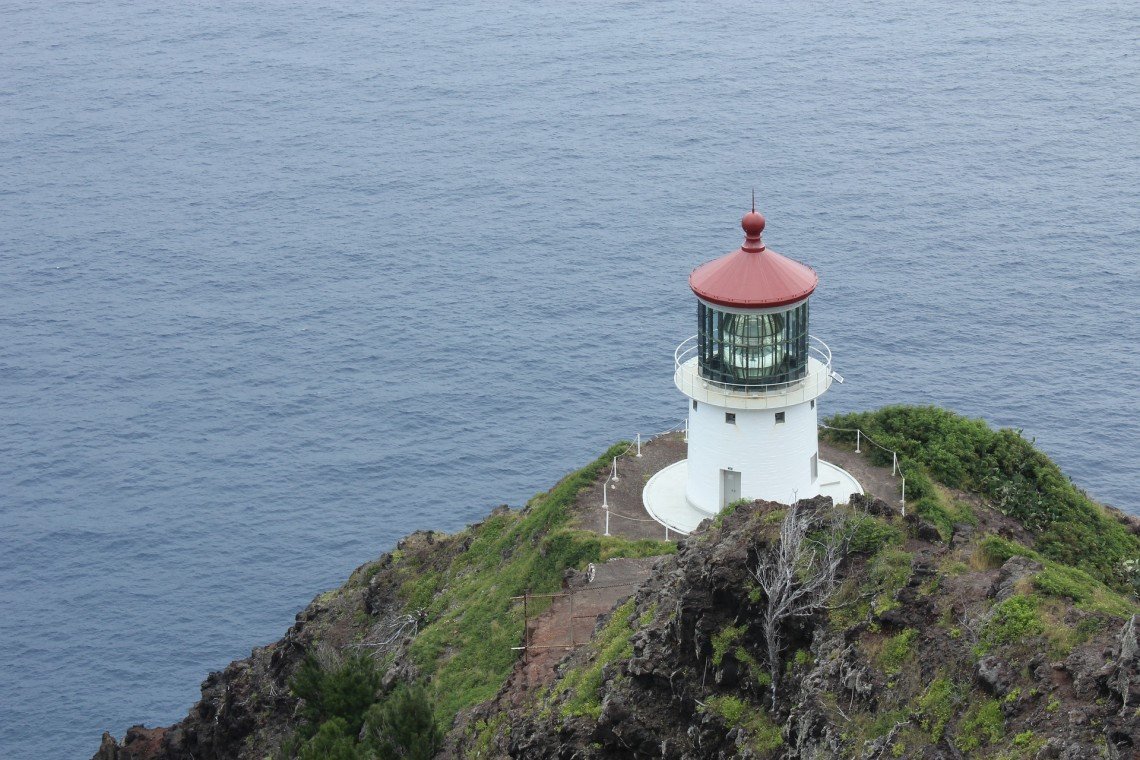 This hike is 1.25 miles one way (around 30 minutes to get to the lighthouse / 1 hour roundtrip). The trail to the lighthouse is a little windy (curvaceous) and windy (breezy). At times, a lack of trees can make it seem like the sides of the hike drop straight into the ocean. The humble but proud lighthouse at the end makes this a fun hike to attempt.

Nearby, there are unmarked trails leading to the Makapu’u Tidepools—a favored location for locals looking to get away.

I haven’t done it yet, but supposedly watching the sun rise from Makapuu Lighthouse can be an enchanting experience, especially if the clouds are low forming a thick blanket that just hovers below the vantage point of the lighthouse. 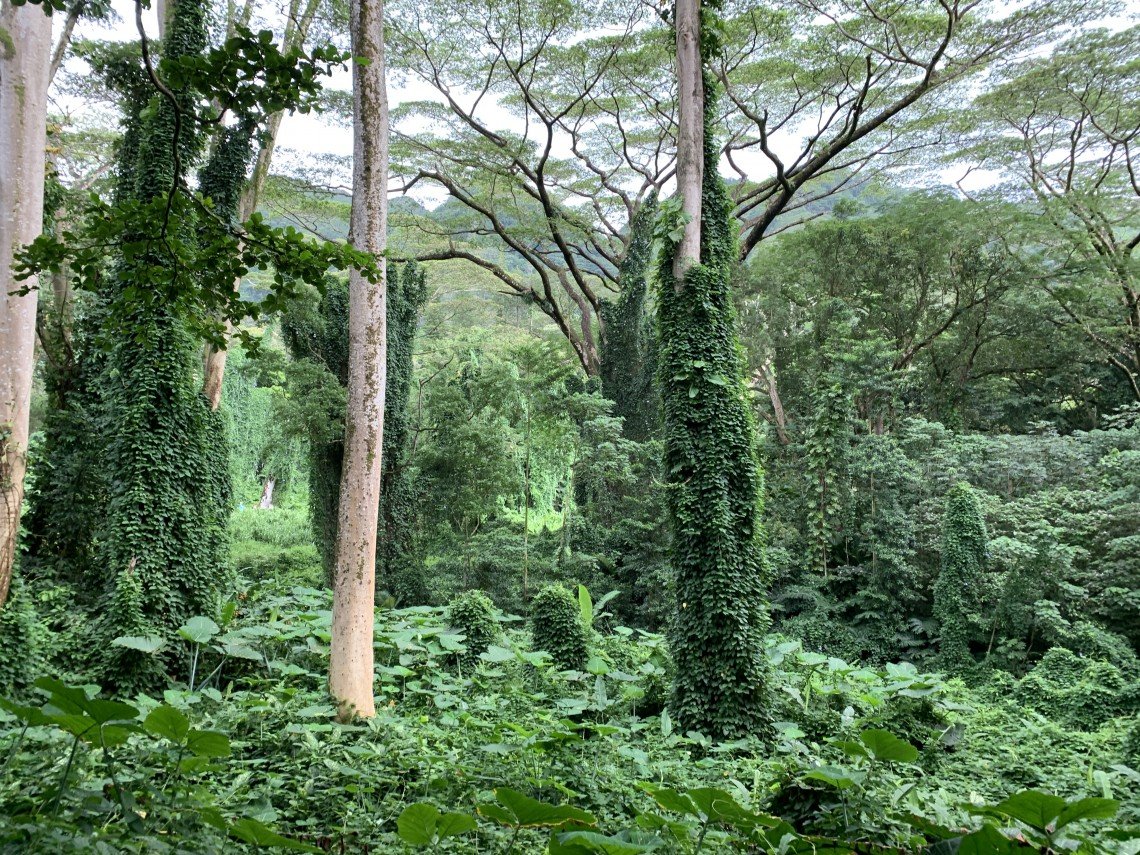 On the slightly longer side of these short hikes is Manoa Falls Trail. At around 1 mile to the trail end, this hike takes about an hour (one way / 1.5 hours roundtrip) due to the rise in elevation, trail busyness, and occasional muddiness of the terrain. Don’t discount this hike though for these reasons though.

Manoa Falls Trail puts you in the middle of lush Hawaiian jungle filled with bamboo forests and towering Banyan trees. The focal point is a towering waterfall at the end of the hike.

I rate this trail higher up because of its proximity to Waikiki, the fact that it’s mostly covered, has nearby Lyon Arboretum that you can visit, and it ends in a beautiful waterfall. 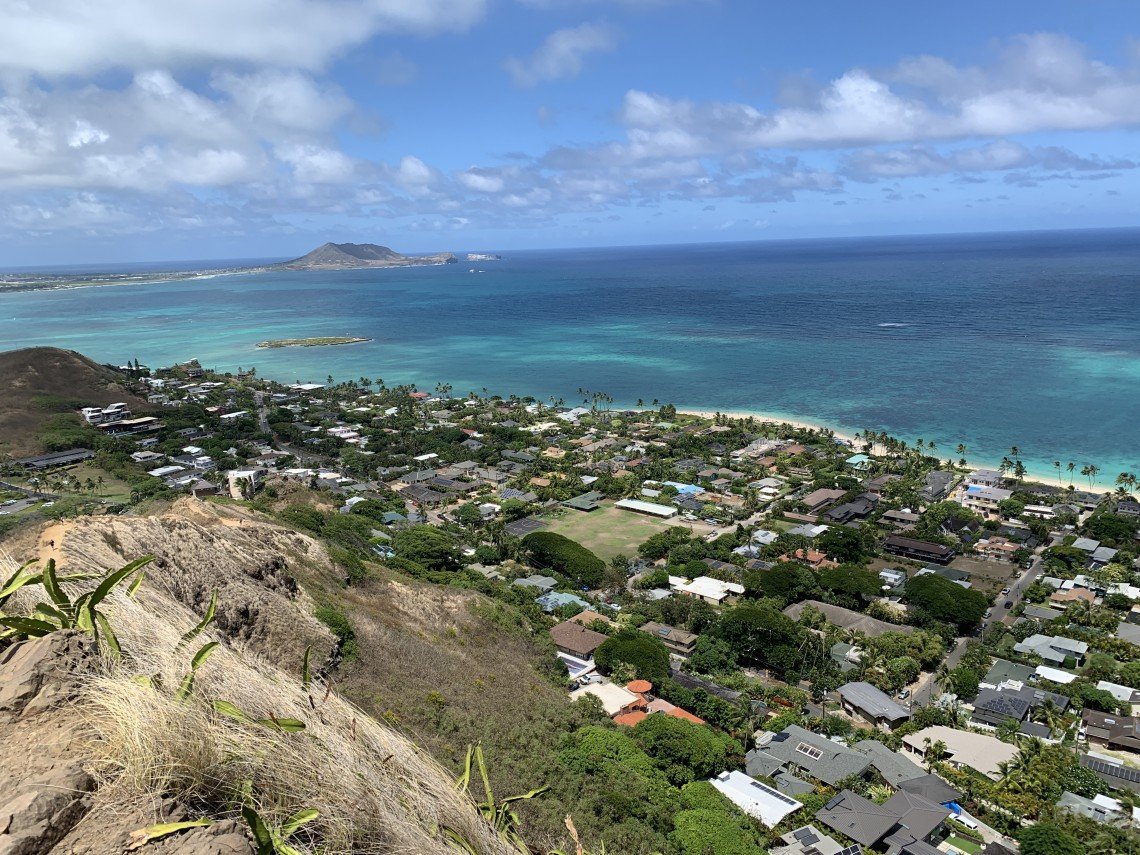 If you thought the views from Diamond Head were nice, the Kaiwa Ridge Trail (also known as the Lanikai Pillbox Trail) is a whole new level. With so many shade of blue ocean and the Mokulua Islands in the background, the views from this hike are some of my favorite.

Kaiwa Ridge Trail is about 1 mile each way (20 to 30 minutes to the first Pillbox and 10 to 15 minutes to the next / about 1 to 1.5 hours total roundtrip). The hike starts on a small but steep dirt trail where ropes allow hikers to more easily climb. After this, the hike is a moderately strenuous hike up the side of rocky trails.

On one side the cool breeze of the Pacific will cool you off. On the other side, the air is dry and hot. Definitely bring water, as I detailed in a previous post.

The  focal point of this hike are the two pillboxes, left over from war time. The view from the first pillbox is amazing with views as far as Chinaman’s Hat (Mokoli’i) and Kaneohe Bay to Makapu’u Point Lighthouse and Waimanalo Beach. 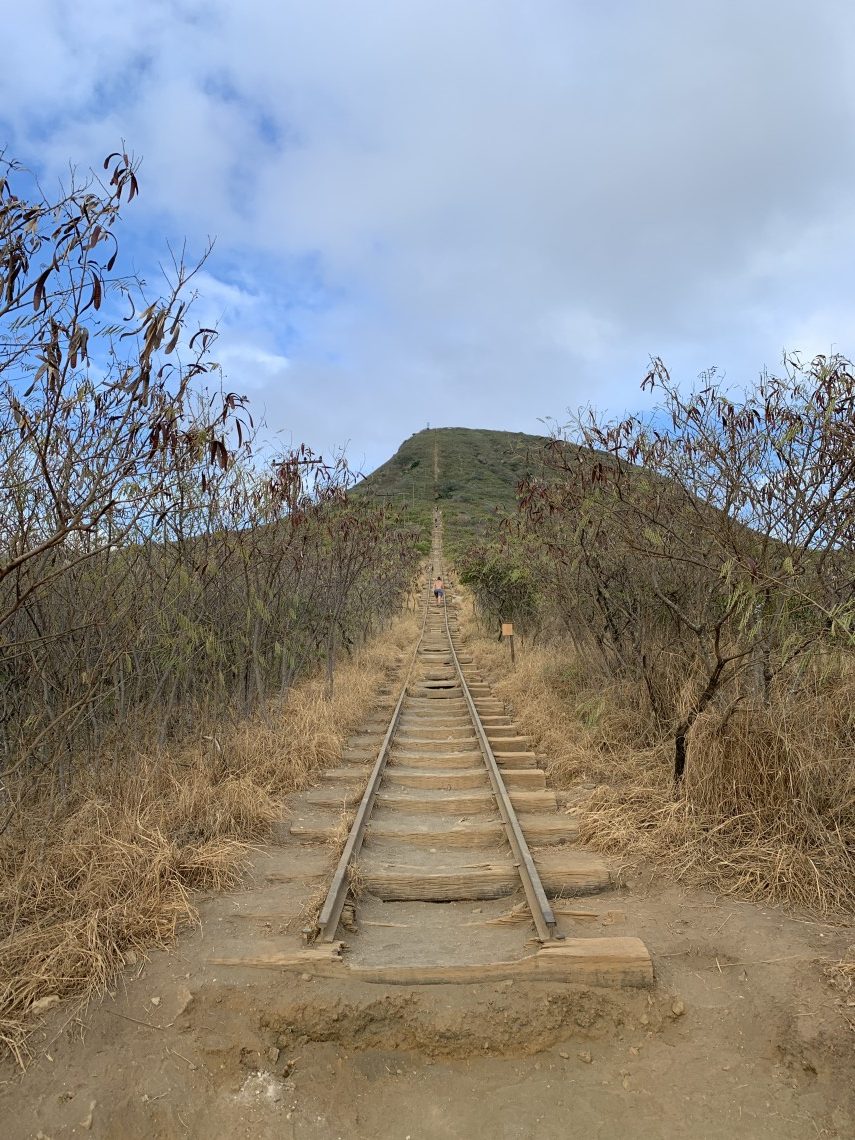 Koko Head Crater Trail is around 0.9 miles one way (about 1 hour to ascend / around 2 hours total with rest).

What looks like a straight shot up the side of a crater, is actually more complicated than that. Along the way, visitors will encounter steps that have the wear and tear of daily use over the years, a bridge with a 40 foot drop underneath, and near 50º angle ascent towards the top of the hike.

What starts off as so simple soon becomes grueling, but the fact that you can see the end makes it a challenge worth accepting.

When you get to the top, you get a 360º view of the surrounding area including parts of Makapu’u all the way to Diamond Head. Getting to the top was an amazing experience, albeit a challenging one for me, but one that I would gladly do again and recommend to any new visitor to the island (as long as you’re in moderately good health).

As I check out more places in the future, I hope to update this list. If you have a favorite I should check out, don’t hesitate to let me know!