Taking a Break from the Heat with Bingsu

Living in a city whose average temperature is 57.3 degrees Fahrenheit, it’s not often that I crave frozen desserts. With the temperature being in the upper 80’s to low 90’s in Vancouver though, any reprieve from the heat was a nice one.

While walking around Coal Harbor, my friends and I stumbled upon a Korean dessert shop called, Sulmida Dessert Cafe. Sulmida features a wide array of Korean coffee-based drinks and shaved ice (or bingsu).

From Yogurt Berry to Sweet Red Bean and everything in between (Mango Cheese anyone?) it all looked delicious and refreshing.

I ended up going with the injeolmi bingsu. 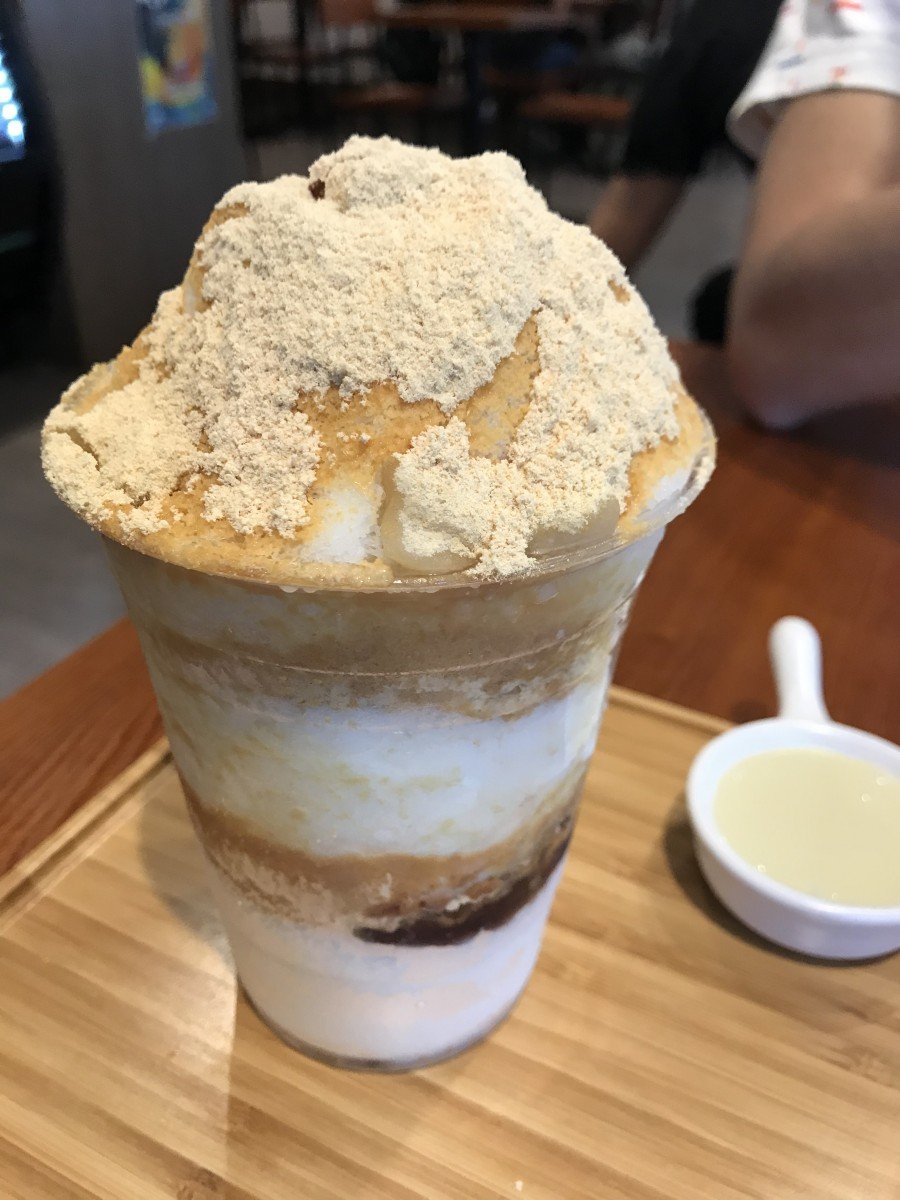 Having grown up on mochi covered with powered soy bean, I couldn’t wait to give this dish a try. It arrived in a nice-sized cup layered with red bean, shaved snow, mochi, and soy bean powder. On the side was a small dish of condensed milk to be drizzled on top.

I first tried the bingsu without the condensed milk. It was great and super refreshing given the heat outside. It brought me back to old summer days wandering around Little Tokyo in Los Angeles. My only qualm was the amount of soy bean powder. Like a dog that’s given peanut butter, it left me smacking my mouth wanting a cup of water.

After drizzling the condensed milk, I tried the dessert again. Though it the problem of dryness went away, it was a bit too sweet.

Guess you can’t have it all.

In the end, I thoroughly enjoyed Sulmida. It was tasty and a nice way to get out of the heat of a summer day in Vancouver.