Especially living in San Francisco, I’m particularly aware of people stealing phones. I’ve heard too many horror stories of friends getting their phones stolen while strolling around. I was particularly on heightened alert about knowing where my phone was at all times, traveling to Taiwan. What I found, instead, was 1. most people have a smart phone and 2. crime rates are relatively low.

I’m sure there are still stolen phones now and then in Taiwan, but with the sheer number of people with smartphones (智能手機 / zhi neng shou ji) in public, the value of a stolen phone is greatly diminished. Instead, it looks like the market has moved onto both accessories and figuring out how to differentiate similar devices from one another. 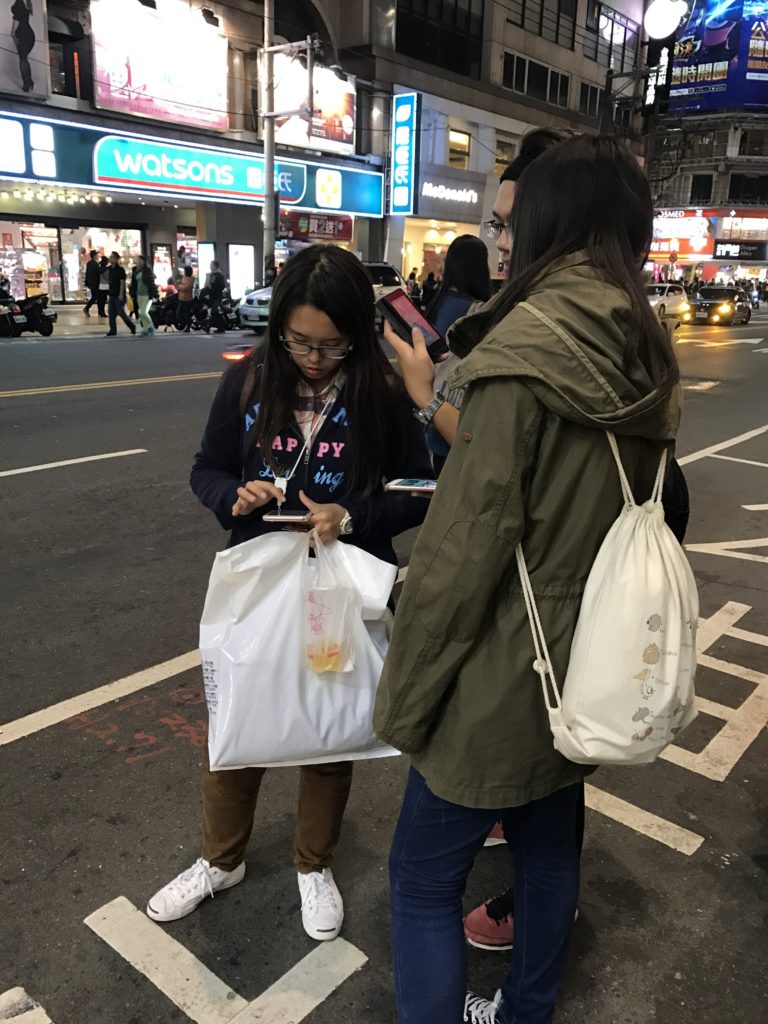 Two such items, in particular, that I found across Taiwan were the smartphone carrier and large decorative phone cases.

The former is a lanyard that attaches to the phone (sometimes through a carrying case). This makes one’s device easier to use, especially if pockets or purses are too small to hold the phone.

The latter is a means of customizing one’s device. Where there are so many similar phones out there, a differentiated carrying case allows one to easily determine whose phone is whose. Some of these large decorative phone cases were quite extravagant, resembling single portions of food. Other cases were shaped like some of the most popular characters today.

I find it so fascinating how markets shift depending on need. This is a good example of what can happen when more people get access to smartphone technology.