Pingxi: Where Lanterns Light the Way

After missing out on launching a lantern into the sky on our last trip to Taiwan, sending our wishes out into the universe was a high priority for the most recent trip. On the way to experience Jiufen (九份 / jiu fen) at night, we stopped by Pingxi (平溪 / ping xi) to see what the hubbub was about.

The town was pretty quiet when we arrived. It reminded me a lot of Pinglin. Here, instead of tea, much of the economy seems to be centered around floating lanterns (天燈 / tian deng). In Pingxi Old Street (平溪老街 / ping xi lao jie), store after store offers a variety of lantern-themed souvenirs. 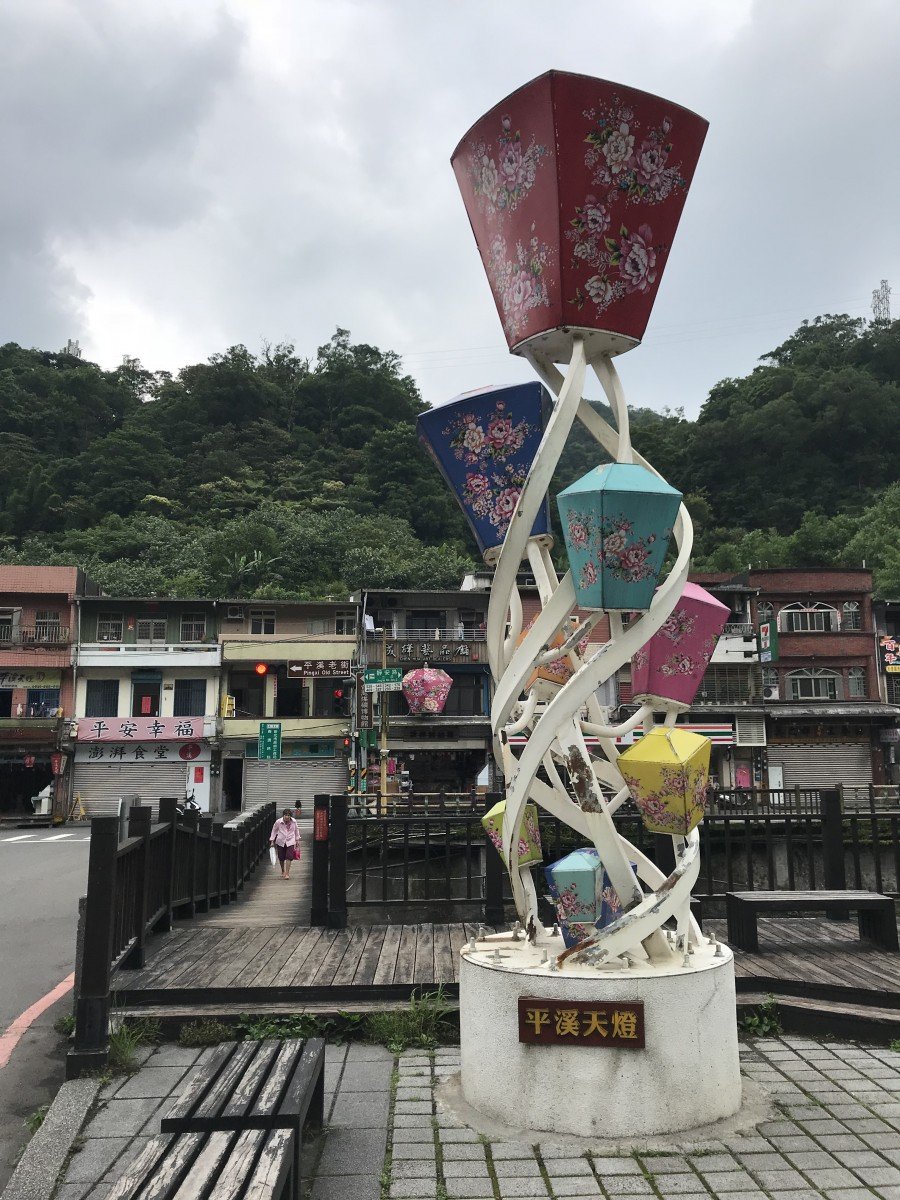 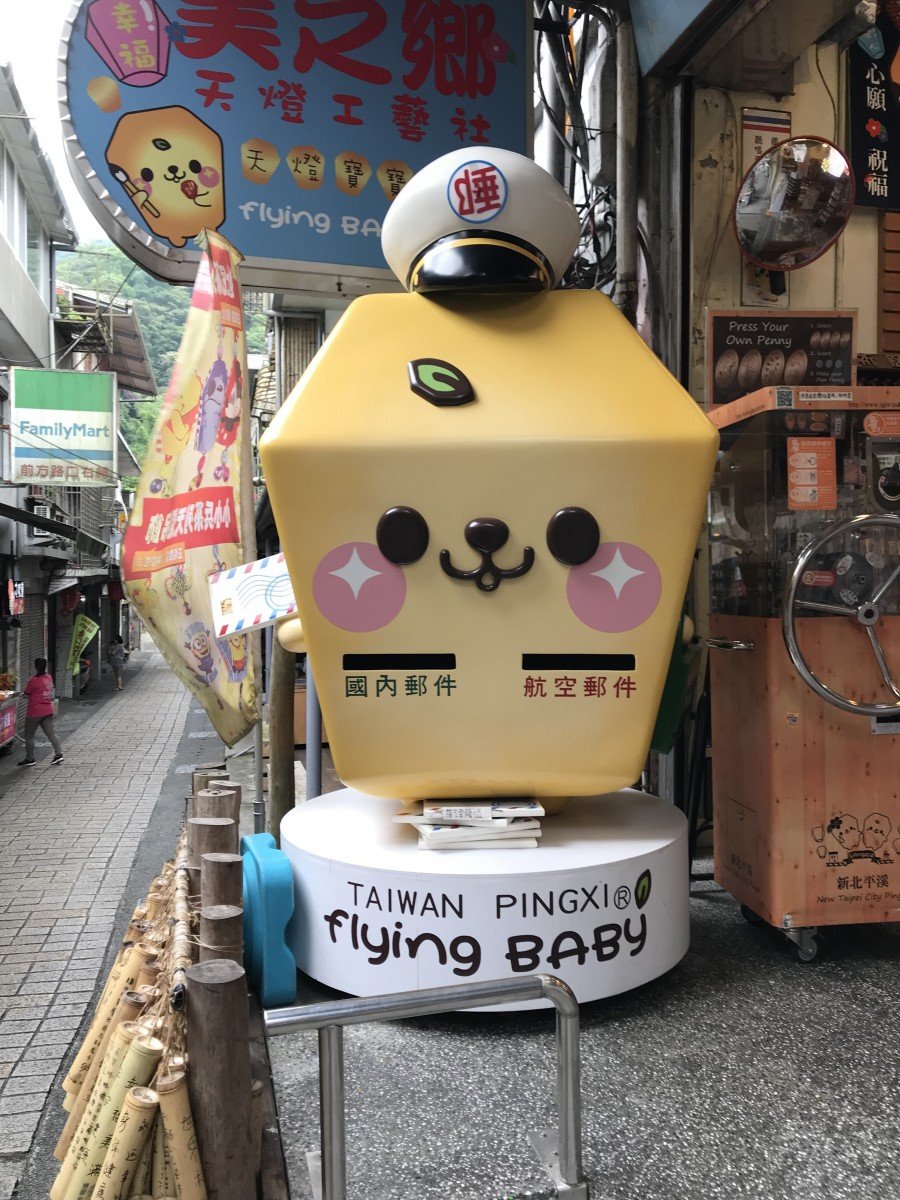 Of course, there would be a cute lantern mascot. 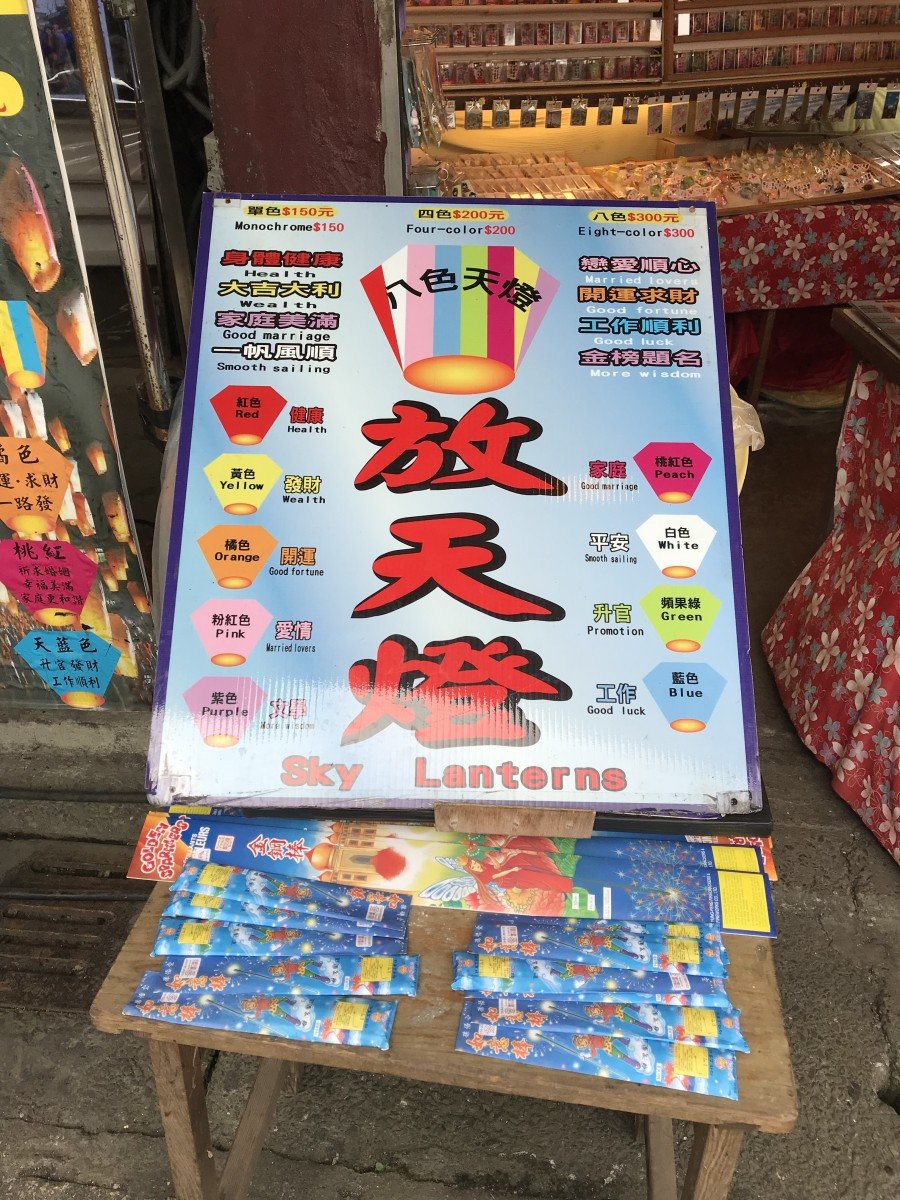 Pingxi, like its bigger neighbor, Shifen (十分 / shi fen), offers a variety of lanterns that can be purchased, written upon, and released. Lanterns come in a variety of colors and shapes. 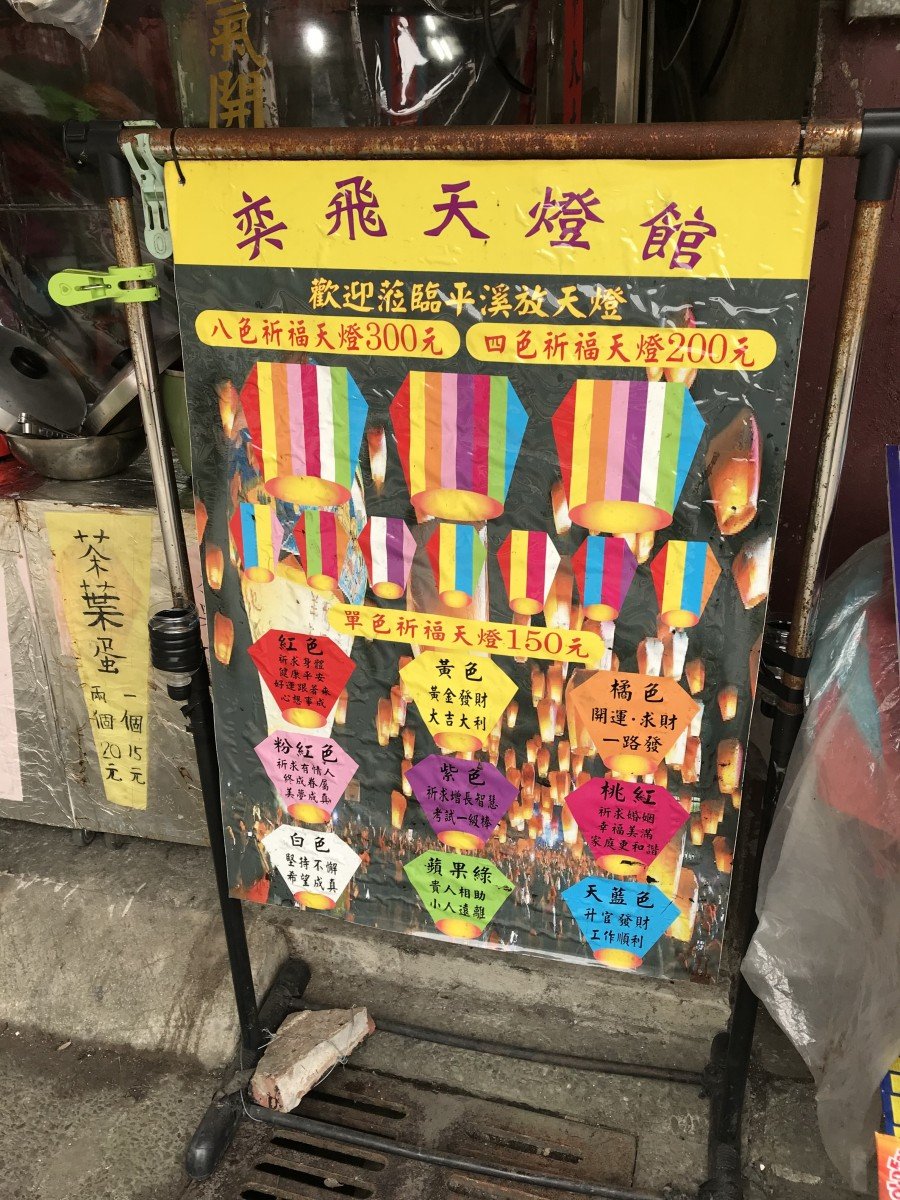 The colors often correspond to different types of wishes, like health and fortune. Some lanterns are single color (單色 / dan se), while others come in a variety of 4 (四色 / si se) and even 8 colors(八色 / ba se). 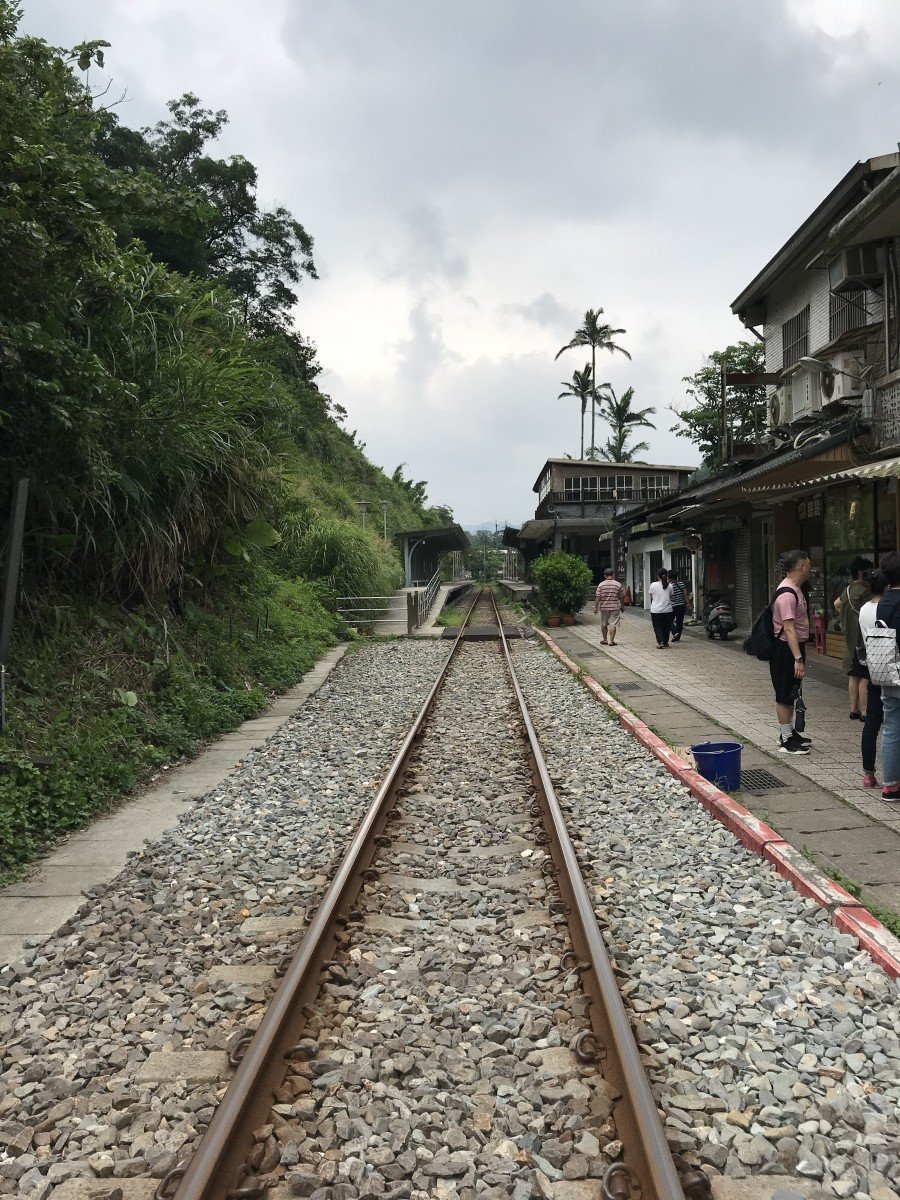 The lanterns are released from the middle of this train track. Occasionally a train will come by. Trains come by at slow speed which allows people to move away in an orderly fashion. 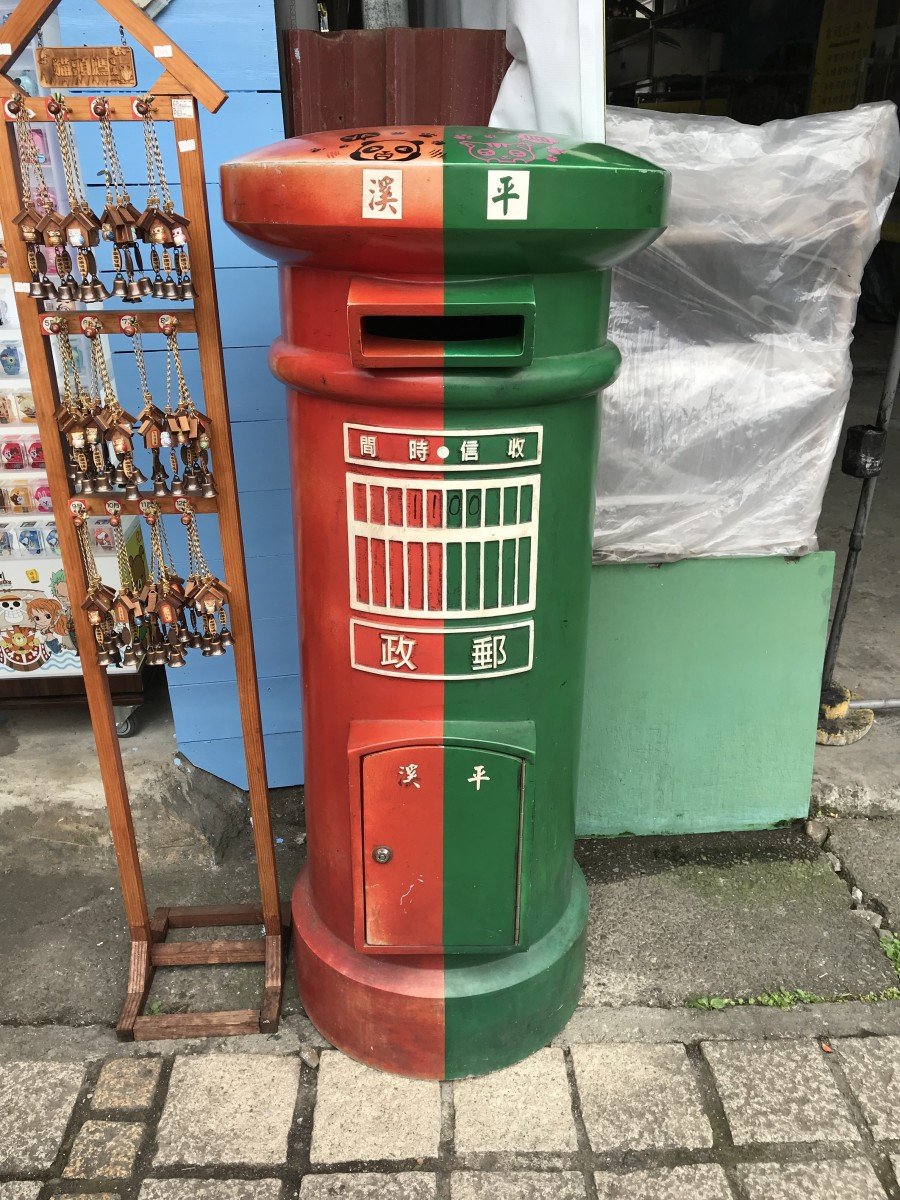 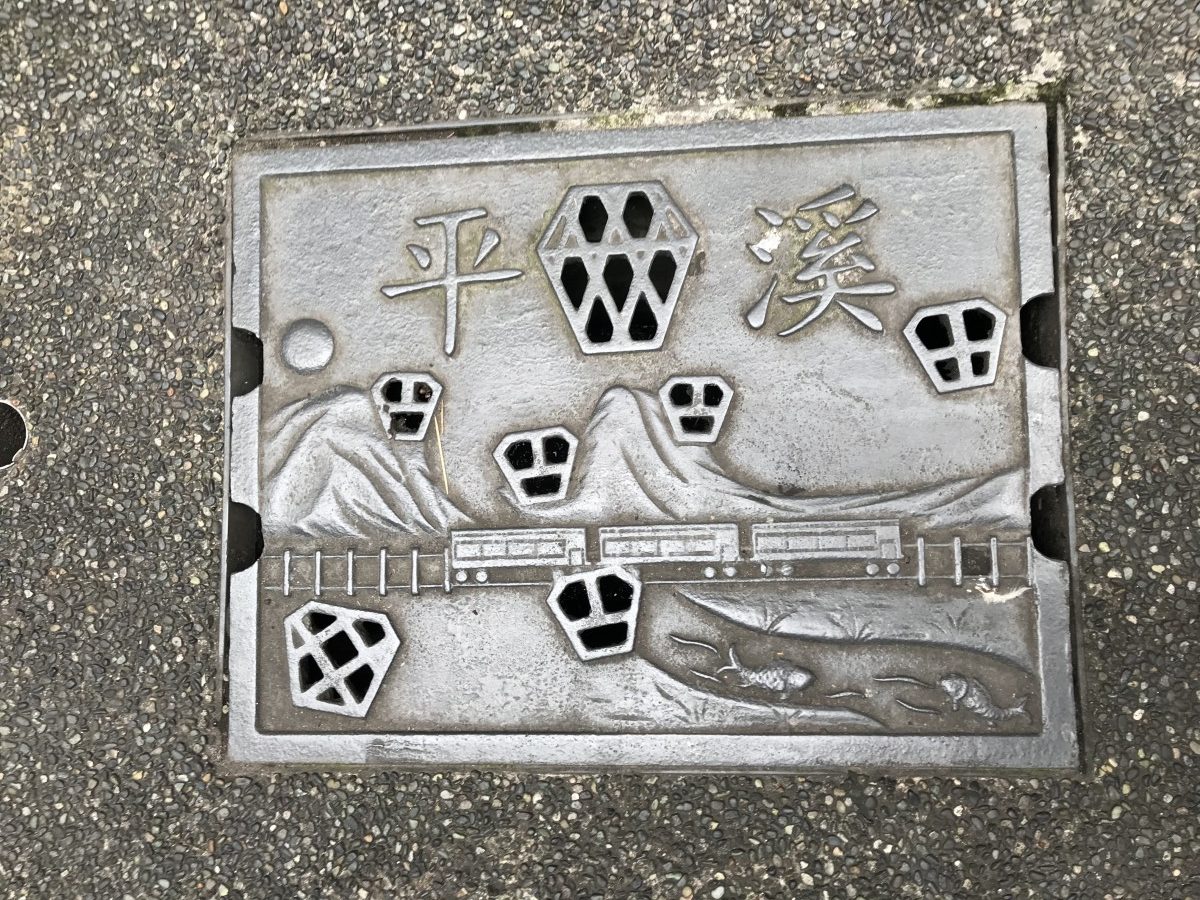 After seeing how few people there were launching lanterns, we decided to hold off until Shifen. We still explored the area though and found lovely wind chimes on the outer edge of the town.

On the way back to the car, we picked up a popsicle featuring mango from Tainan. 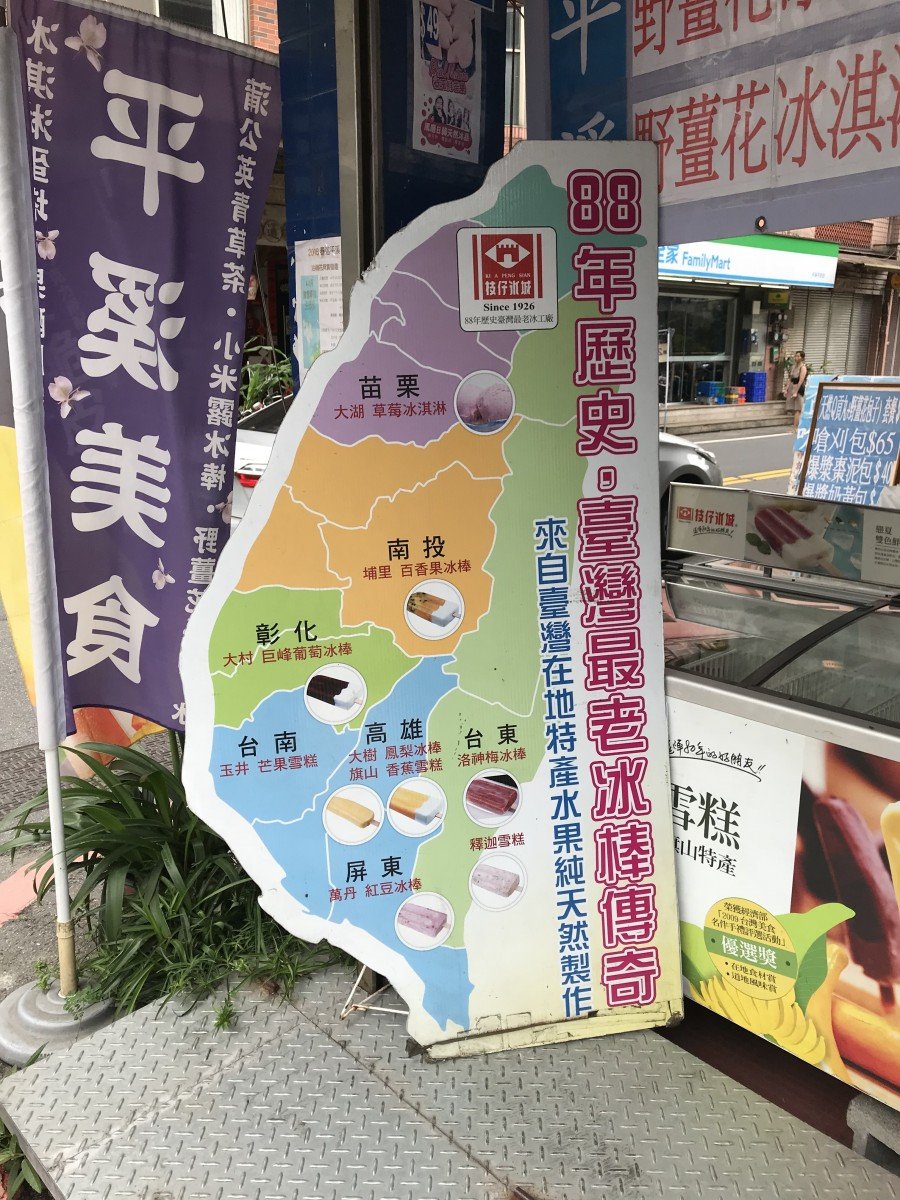 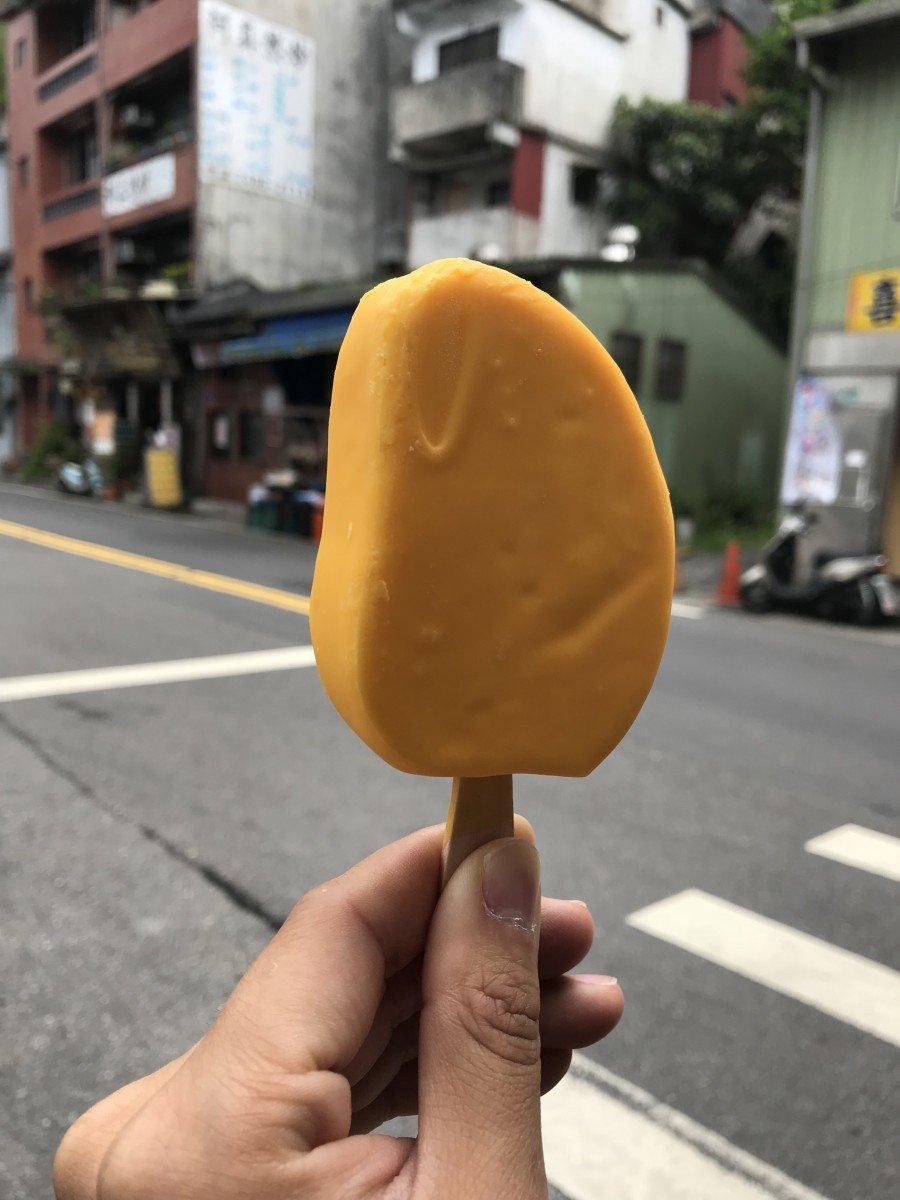 The ice pop was shaped in a mango. Cute and delicious! 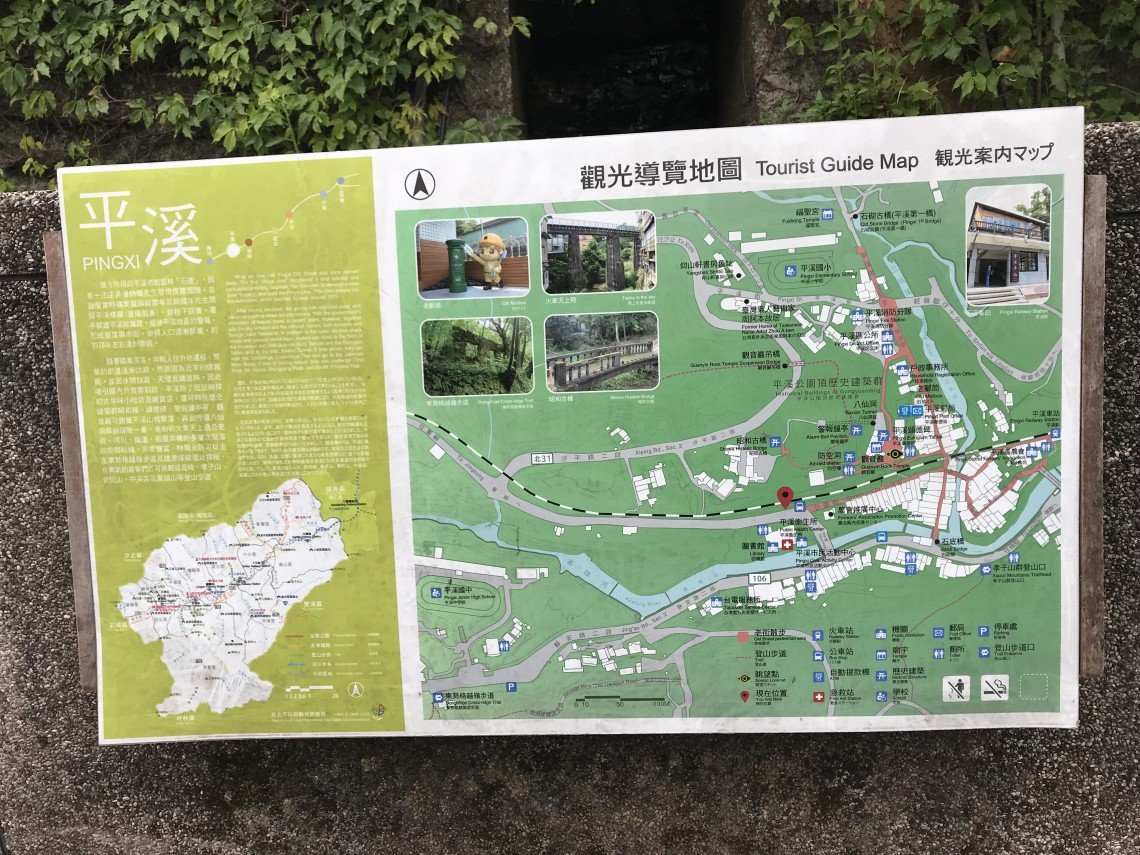 Here’s a map of the overall area. We parked close to the bridge in the middle of the map and walked to the old street area before proceeded back along the southern part of the river.

Maybe it was the time of day that we went, but I was still amazed by how few people there were. It’s a nice little town to check out especially if you’re into architecture, but If you’re limited on time, I would recommend skipping Pingxi and instead going to Shifen. Shifen has a lot of the same stuff, but it seems to be bigger, more popular, and has a cool waterfall.