Pinglin: Where Tea is Everything

Located on Highway 9 between Taipei and Yilan (宜蘭 / yi lan) is the humble district of Pinglin (坪林 / ping lin). Due to the terrain and climate, much of the area is dedicated towards the production of tea.

With over 80% of the population working in or with tea, it’s hard to understate just how much there is to experience for tea lovers.

Having a passion for tea, I knew I wanted to stop by and check the town out.

When we arrived, we found this lovely fountain that let us know we were in the right place.

As the sun began to set, some of the many tea shops were beginning to close down. This area, in particular, is known for Baozhong Tea (包種茶 / bao zhong cha). The name is in reference to the way the tea is neatly packaged. Baozhong, also known as Pouchong, is a light oolong that I think of as a more refreshing oolong.

Though I tried to find a tea seller, I was too weary about getting a poor deal. I ended up getting the same tea at my usual tea shop.

As an aside, if anyone knows of a good shop to check out here for Baozhong Cha, would love to hear. 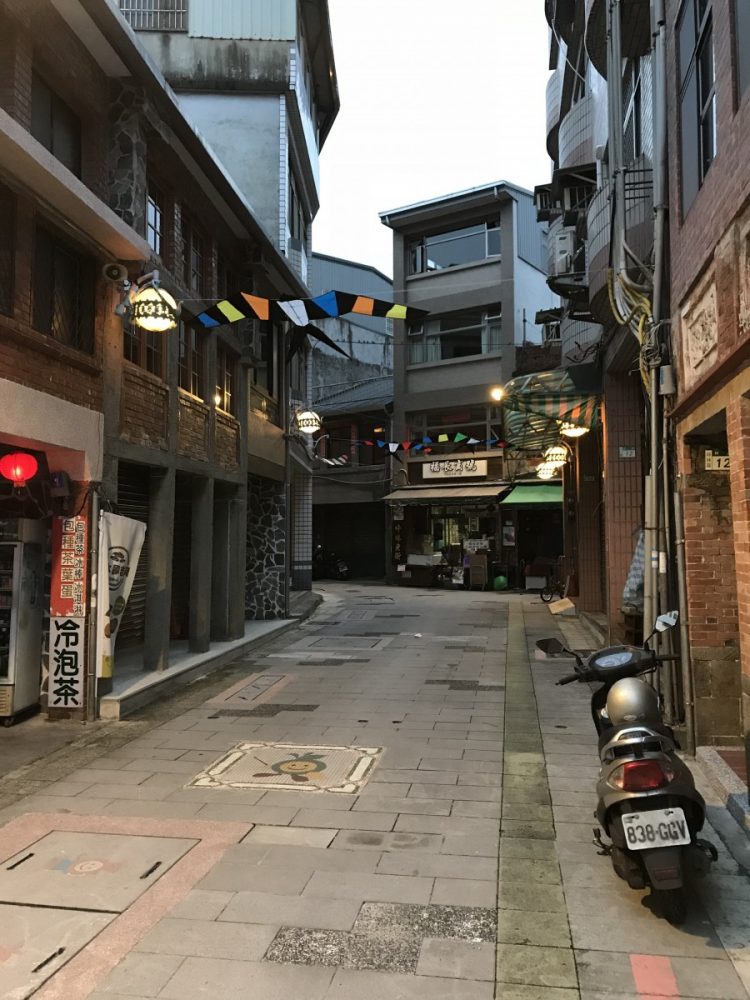 We made out way to the eastern part of the town to the old street (坪林老街 / ping lin lao jie).  We knew we were in the right place, despite the lack of crowds, when we saw the sparrow kites and lamps shaped like tea kettles.

We found a small convenience store which looked more like the living room of a home. We picked up two milk-tea flavored ice bars, Baozhong Cha and Dongfang Meiren (東方美人茶 / dong fang mei ren cha). They both exemplified the flavor profiles for the tea with the Dongfang Meiren popsicle having notes of honey.

This is the view going further up the street. There were actually sparrows flighting overhead, which I thought were bats, at first. After reaching the temple, we turned around to find something to eat.

As Pinglin is heavily tea-oriented, it’s no surprise that they are known for having food that is cooked in tea oil. We managed to find a place selling tea oil chicken called Dezhi Tea Garden (德志茶園 / de zhi cha yuan). 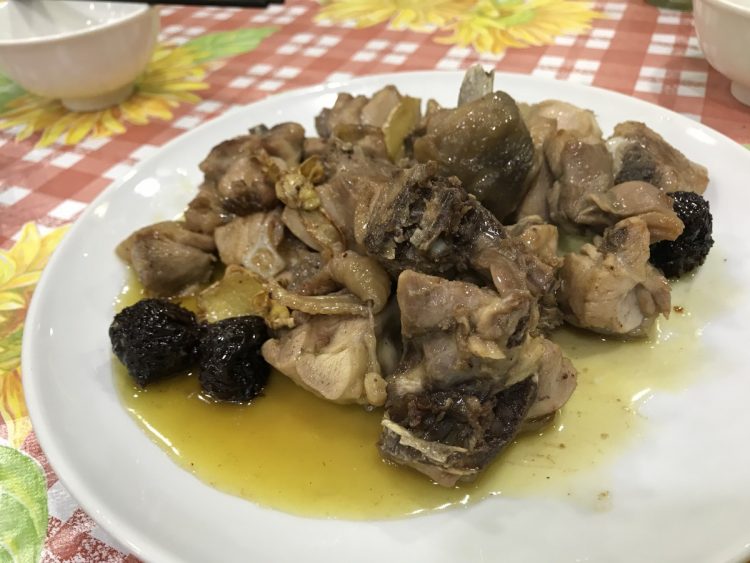 I hope to come back in the future to experience more of the tea-infused foods and get Baozhong Tea in the traditional package. Do stop by if you get the chance. Just go a little earlier so that you have more time to check out the museum and browse all of the shops.