My Top Things to Do in Sacramento

Experience what makes Sacramento one of the top travel destinations in California. As the capitol of the state with the highest population in the United States, Sacramento is city rich with history.  From sightseeing to outdoor recreation, there are many things to do in Sacramento to fill up your travel itinerary.

Whether you check out the State Capitol Building, state history museums, one of the largest Cathedrals, raft in the Sacramento American River, or ride some of the railroads that helped create California as it is today, there’s something for everyone in this history-rich city.

Let’s check out some of the top things to do in Sacramento:

Sacramento is the capital of California. It’s home to the State Capitol Building, where tourists can visit to explore the inside of one of the most famous buildings in the state. It’s one of the best free things to do in Sacramento that’s highly recommended when you visit.

State Capitol Building was modeled after the US Capitol Building in Washington, DC. Enter inside the doors, and you’ll walk into a large rotunda filled with murals, statues, and other decorations.

Visitors can take a self-guided tour. Be sure to stop by the California State Capitol Museum. The main assembly room is open to the public while in session to give a glimpse into California’s government in action.

You’ll transport to a new place as soon as you walk into the Old Sacramento State Historic Park. The park is a section of the historic district where the old town comes to life. Check out the attraction to see the well-preserved architecture and restored buildings from the mid-19th Century.

Old Sacramento State Historic Park is one of the most popular things to do in Sacramento, with more than five million visitors every year. You’ll get to see major landmarks like the Big Four House, a row of offices from the major railroad tycoons, former governor homes, and a Pony Express terminal building.

The best time to visit Old Sacramento State Historic Park is during one of the annual parades or major city festivals.

If you’re a history buff, the California Museum will be one of your favorite Sacramento things to do during your trip. The museum is dedicated to California’s state history. It’s a fun place for everyone to learn interesting historical stories and see the California Hall of Fame.

The California Museum features permanent and temporary exhibitions. Explore the multi-floor venue to see some of the top exhibits, including Indigenous California, California Women, and Japanese Internment Camps. Plan to spend a couple of hours in the museum because there is a lot to see and read.

The museum includes multimedia displays and engaging activities to check out. There are also educational programs hosted frequently.

Cathedral of the Blessed Sacrament

Visit the Cathedral of the Blessed Sacrament to see what makes it one of Sacramento’s most famous buildings. Located in the heart of Downtown, the cathedral showcases incredible architecture that visitors can admire outside and inside.

The Cathedral of the Blessed Sacrament was completed in 1889 and remains well-preserved. It’s the Roman Catholic Church cathedral that is home to one million Catholics. It’s one of the largest cathedrals in the US.

Enter the main hall where pews seat 1,400 people. Peer up at the iconic dome and stained-glass windows. It’s an active church, so you may catch an event or service happening during your visit.

Witness the origin of Sacramento when you step inside one of the first California settlements. Sutter’s Fort is a 19th-century trading post that was reconstructed to give an authentic experience. The National Historic Landmark is a must-visit attraction.

Sutter’s Fort is named after James Sutter, who built the fort. It has recreated adobe households, wagons, a mill, and more. Enter inside the houses to see a traditional settlement house. It even has live actors reenacting various tasks around the fort. Each location has an audio guide for additional commentary.

Sutter’s Fort is a unique experience to see a preserved settlement that led to creating one of the best cities in California.

Capitol Park stretches ten city blocks to hold its many features. The park has trees sourced from around the world, including the towering California Redwood. It’s decorated with the California Firefighters Memorial, El Soldado Monument, and other monuments. The best time to visit the Rose Garden is from May to October when the flowers bloom.

Spend a day enjoying the beautiful green space, and feel free to bring your pet. 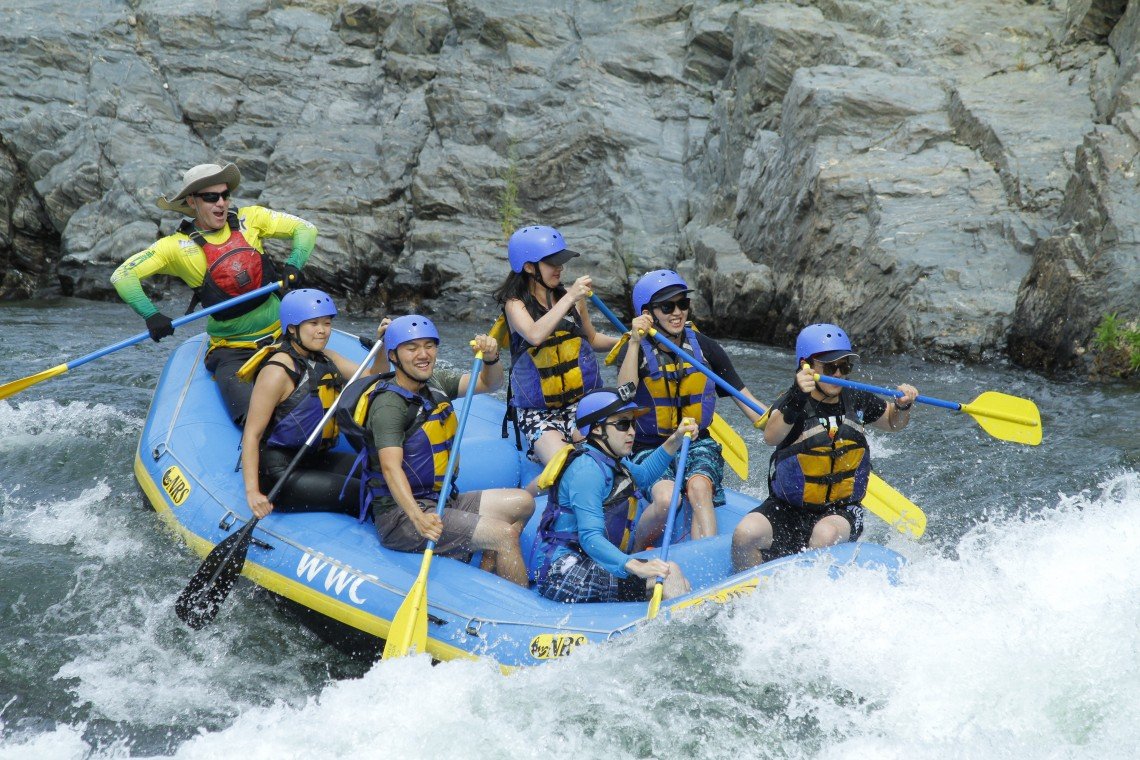 Historically, the American River played an important role in developing Sacramento’s economy. Gold was discovered in it, and it was also established as the primary drinking water source. Today, if you’re looking for the best white water rafting, Sacramento has the best in the state. Delight in the American River Parkway, one of the best natural areas in Sacramento.

American River Parkway runs adjacent to the river for 23-miles. Locals use the park for exercise, and tourists come to enjoy the scenic views. It’s the perfect destination for outdoor recreation.

This can be a short trip away from Sacramento city proper, but there are also many waterfront accommodations if you would like to spend the night.

For amazing apple dishes in the area, be sure to check out Boa Vista Orchards.

With the Sacramento River passing directly through Sacramento, the iconic Tower Bridge was built to link two sides of the city, Old Sac with West Sacramento. The bridge is a picturesque attraction that’s a worthwhile visit.

Tower Bridge is a historic bridge listed on the National Register of Historic Places. It’s named for the two towers that help raise the bridge when ships need to pass beneath it. The bridge also has a long history of color. The original aluminum color was too reflective, so it went through a yellow coat, and now gold. Locals voted on it.

During the day, you can walk or bike across the bridge. It’s also a cool sight to see at night when it’s illuminated.

Tour to former governor’s house at the Leland Stanford Mansion State Historic Park. It’s one of the Sacramento things to do that takes you inside to see the governor’s lavish lifestyle. The entire house was renovated and opened to the public for an informative tour experience.

Leland Stanford Mansion State Historic Park was owned by Leland Standford. He’s one of the most influential figures from Sacramento – he built his wealth from railroads, served as the former governor, and founded Stanford University.

The mansion was built in the mid-19th century. Guided tours take you through each of the rooms to see the restored furniture and decorations. There is also a visitor center and outdoor gardens.

Learn about the rich railroad history at the California State Railroad Museum. The museum details the importance of railroads to California’s development. You’ll encounter exciting exhibitions and see restored trains.

California State Railroad Museum is two floors full of decorative exhibits. The exhibits tell the history of the railroads, explores the lives of railroad workers, and more. You’ll see the collection of artifacts, photos, and old equipment.

One of the best features is the large scale model of a railroad construction scene. There are also nearly a dozen restored railcars and locomotives. Climb aboard and go for a heritage ride or attend one of the museum re-enactments.

It’s one of the best things to do in Sacramento with kids.

Hope you enjoy these places. If you get the chance to go river rafting, you won’t be disappointed. If there are other places that you would add to this list, let me know!