Living in San Francisco, there’s so much natural beauty around, it’s hard to figure out what to do next. One such place on my local experience list was Alamere Falls in Point Reyes National Seashore.

I had seen many photos friends had posted of their adventures ending with a waterfall that emptied out into the Pacific Ocean.

How cool is that?

I had a chance to check out the 8.8 mile hike. The hike to Alamere Falls can be a bit confusing, but experiencing the waterfall at the end and just being in nature a short distance from SF makes this hike totally worth it. 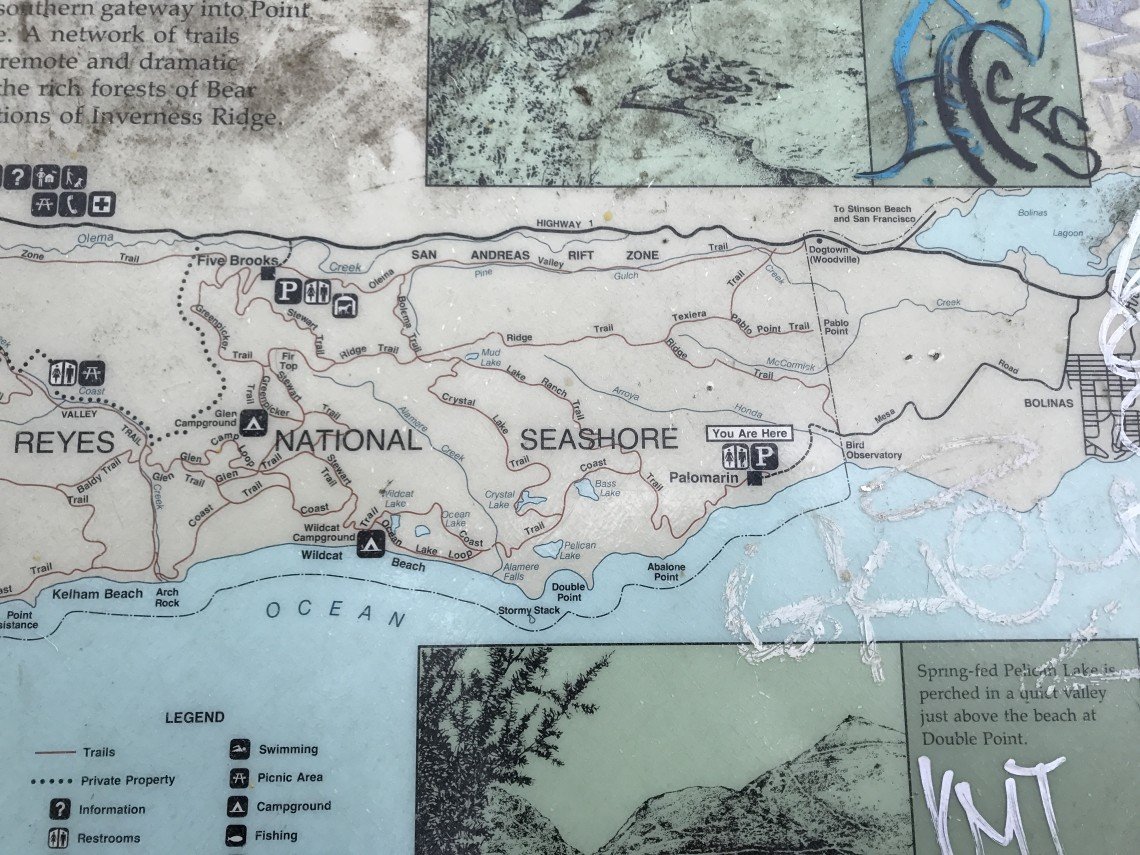 The Alamere Falls Trail is really just an offshoot of the larger Coast Trail. We started the hike from the Palomarin Trailhead to Alamere Falls parking lot. On the map above, it’s where the “You Are Here” is located. You will pass the seaside town of Bolinas on the way to this parking lot (which has an awesome unmanned farmer’s market called Gospel Flat Farm).

The Coast Trail winds along the coast back and forth, back and forth. There are a few palms that have sharp needles right off the beaten path, so watch out for those. Otherwise, this part of the trail was pretty safe and well-traveled.

Along the way, there were some flowers in bloom. 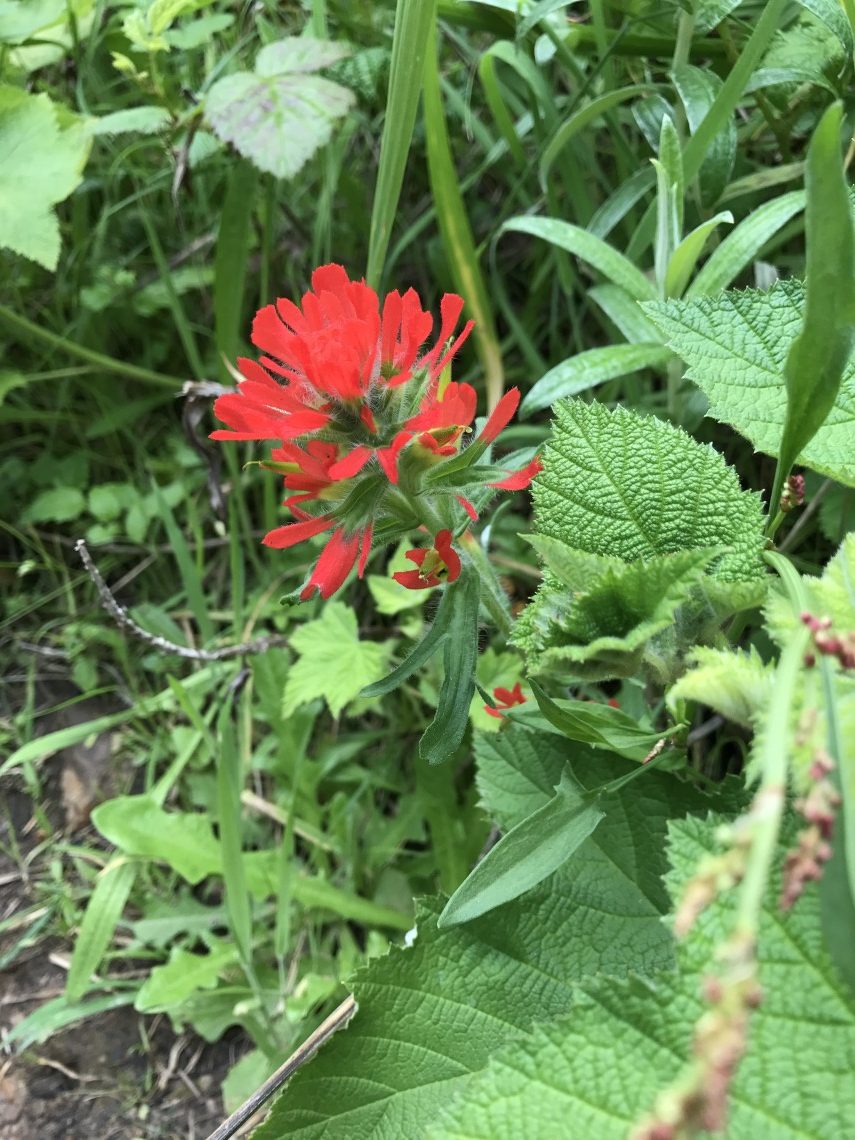 Eventually, we started heading away from the coast and uphill. As the terrain got more steep, the area became more densely forested. The flowers also started looking different as we went from one biome to the next.

In the forested area, the hiking trail became mostly level. After passing a series of spring-filled lakes, including Bass Lake and Pelican Lake, we regained sight of the ocean.

This is where things got a little confusing.

The Alamere Falls Trail was hidden at the time by a large bush. It was marked with a piece of cloth wrapped around a twig, but otherwise you wouldn’t have known there was a path to the ocean. Instead, we proceeded along the Coast Trail. We went a little past a bridge crossing a river, before we figured we went too far.

The river the we crossed over was actually Alamere Creek. If you make it to this bridge, you’ve gone too far. Head back a little bit and look for a sharp bend in the pathway.

Behind a bush, you’ll find a trail that looks like something straight out of a storybook. The path on the ground is mostly rocky but above is a canopy of bushes and trees as if you’re walking directly through a tunnel made out of bushes.

After a few minutes along Alamere Falls Trail, you’ll be greeted with this view. Alamere Creek makes its first splash as a tiny waterfall alongside the opening of the pathway. You have to cross over the next creek it creates in order to make it down cliff to the beach. 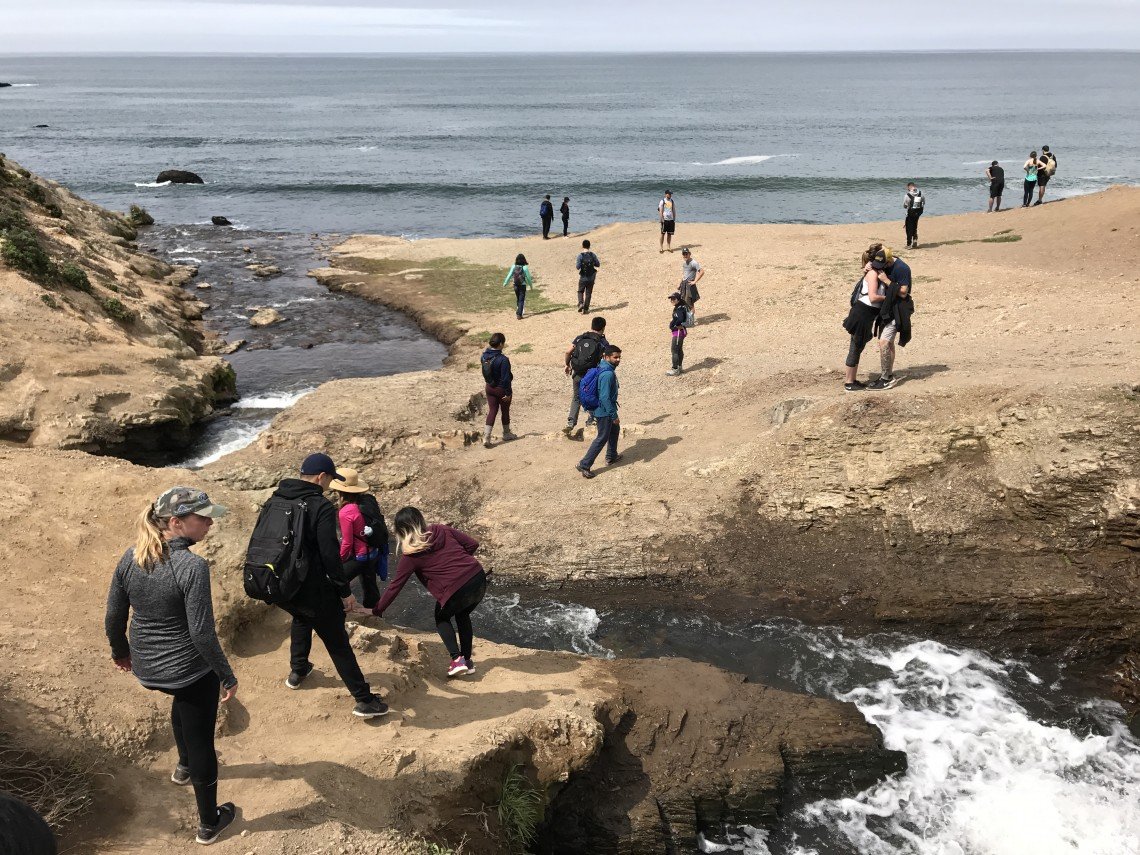 The easiest way I found to get across is to run and jump over the more level part of the creek. Many people chose to diligently cross over using rocks in the pathway. No matter your choice, just be sure to be safe. Many people slipped as they made their way down to the beach.

It probably goes without saying that you want to wear proper footwear for this hike. Soles with grip are your friend for this hike, especially if you wish you make it all the way down to Alamere Falls Beach.

You’ll proceed past that flat area in the photo above and find a cliff.

You basically need to do some light rock climbing to make your way down this cliff. There is a worn path that winds back and forth. It’s safer than it looks in this picture, but there were many people slipping, gripping whatever they could along the way, sliding, taking their time, and helping others as they made their way to the beach.

The end result is a stunning sight of freshwater and saltwater combining, where waterfall meets ocean. Called a tidefall, there aren’t too many of these in the world, making this one even more special. The waterfall itself is super impressive in size and power, especially considering how water is a scarce resource in California.

After enjoying a sandwich that we had packed and taking in the view, we headed out. 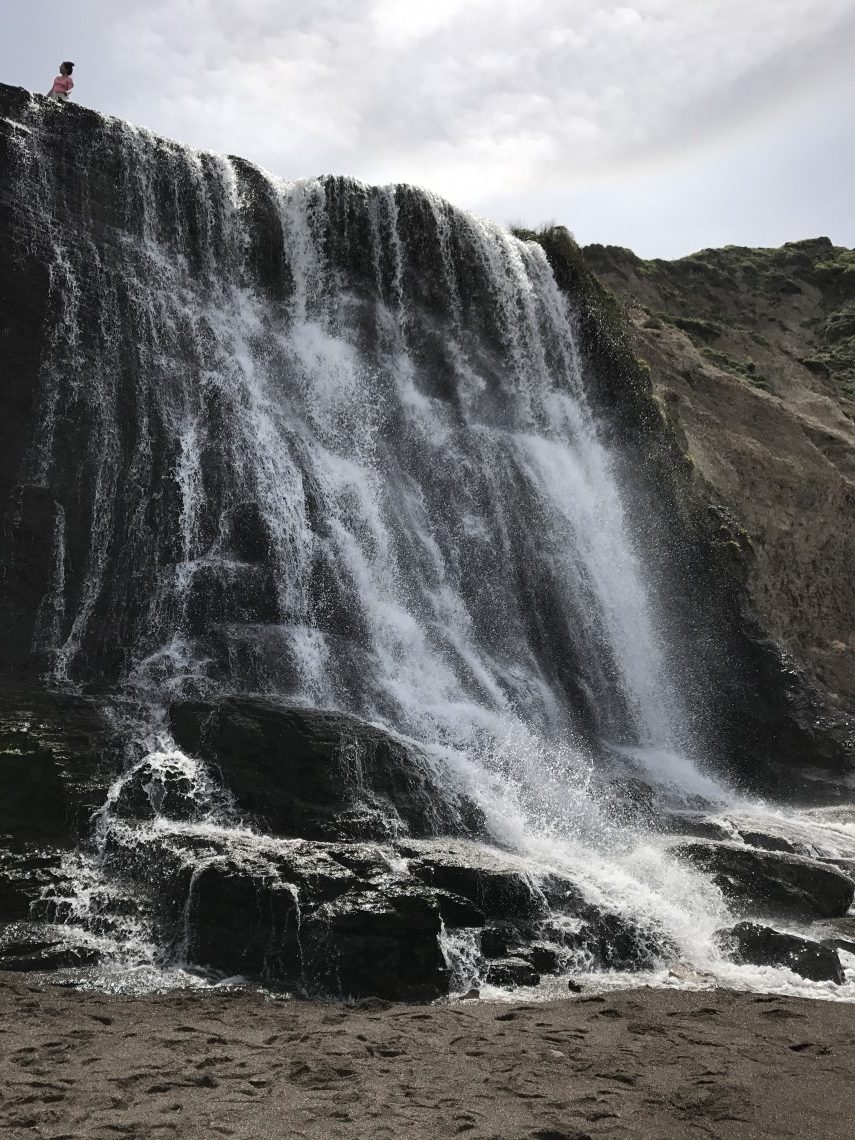 Alamere Falls Trail hike is an out-and-back so we basically had to backtrack to get back to the car. Except for the climb up the cliff initially, the rest of the hike back was a breeze.

Because of how pleasant the Alamere Falls weather was, how much I enjoyed the magical bush tunnel, and the tidefall itself, I would love to hike to Alamere Falls again. If you’re around San Francisco in California for a little while and looking for something to do that involves nature, definitely look into this hike. It was a four-hour hike, roundtrip, but to me that was a small price to pay for getting to be around nature and unplug a little.

It’s kid-friendly, if the kids in your group enjoy hiking. At 8.8 miles it’s definitely not a short walk. Most of the hike is pretty level, but there are a few steep points. Most of the people who were hiking the trail were adults.

How do you get to Alamere Falls?

Park at the Palomarin Trailhead and you’ll find a map at the end of the lot that marks the beginning of the trail. The trickiest part is figuring out what part of the brush you have to go through to connect to the falls.