How to Get Money in Canada

I have heard horror stories about people converting their money into Canadian currency (CAD)—though really any currency. Oftentimes, people are told to use exchanges at the airport either before or after departing. Because these businesses exist through fees charged, the amount of money you get back will be much less, relative to what is taken out of the bank.

In preparation for my trip to Vancouver, British Columbia, I did a whole bunch of research on the topic at hand. In order to reduce the number of fees I encountered, I moved some money to a Capital One 360 account that I had. Capital One 360, for what it is worth has no additional fees when used as debit abroad. This meant that, at the very least, I wouldn’t be charged twice (once by the ATM and again by my bank). I felt good about this arrangement, if I every needed cash.

The first test of this process came when headed to the Richmond Night Market. Finding out that most vendors would require cash, we stopped by the nearby casino to exchange USD for CAD. Eventually, we found an ATM and I was able to turn my US dollars into Canadian dollars. The only cost I incurred here, was from the ATM machine itself ($3.75 CAD). 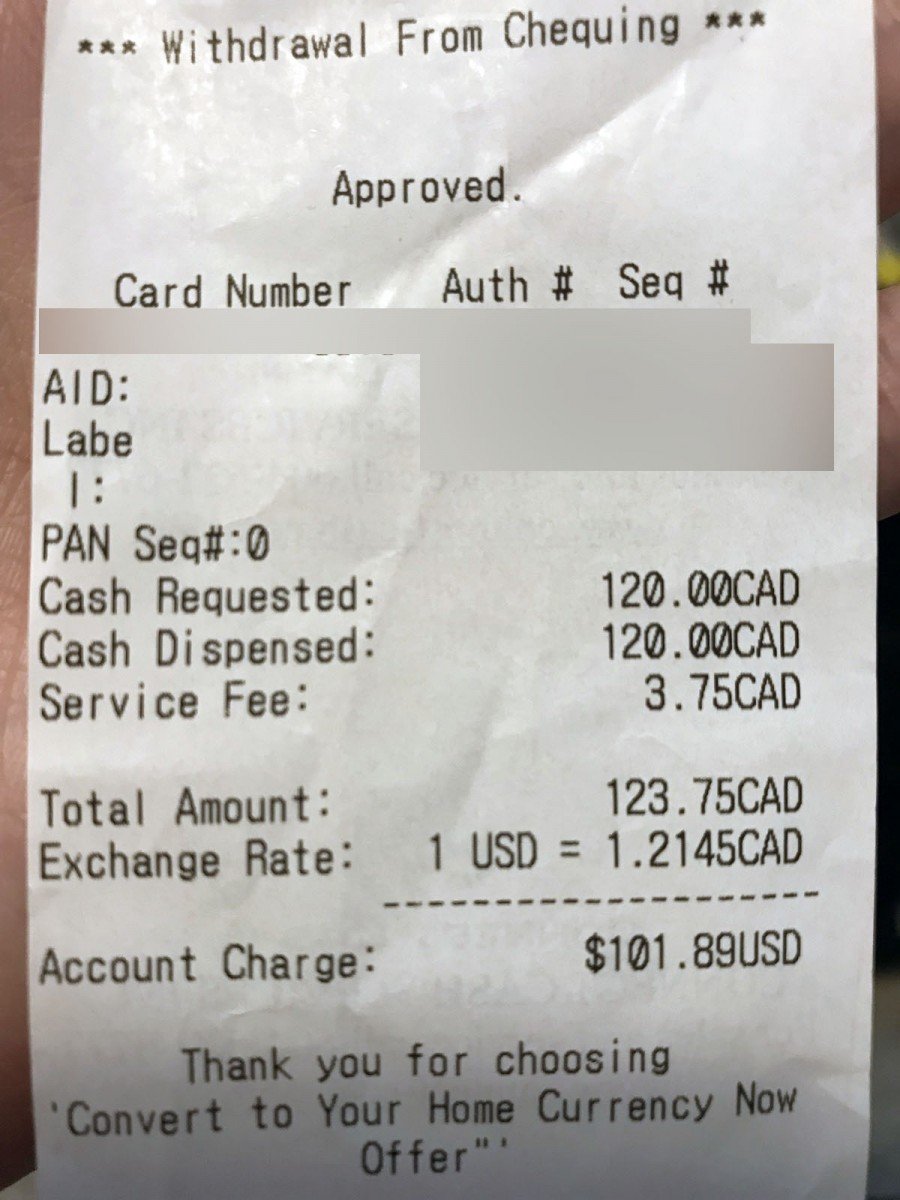 What comes out of the machine feels like the future.

The Canadian bills are made out of plastic with an array of security measures on them. I must have spent all of five minutes admiring the different bills. Canadian currency also consists of coins 5¢, 10¢, 25¢, 50¢, $1, and $2 (called a nickel, dime, quarter, 50 cent piece, loonie, and toonie).

On a separate occasion, my friends suggested an alternative route to using just any ATM: use a Canadian bank ATM. 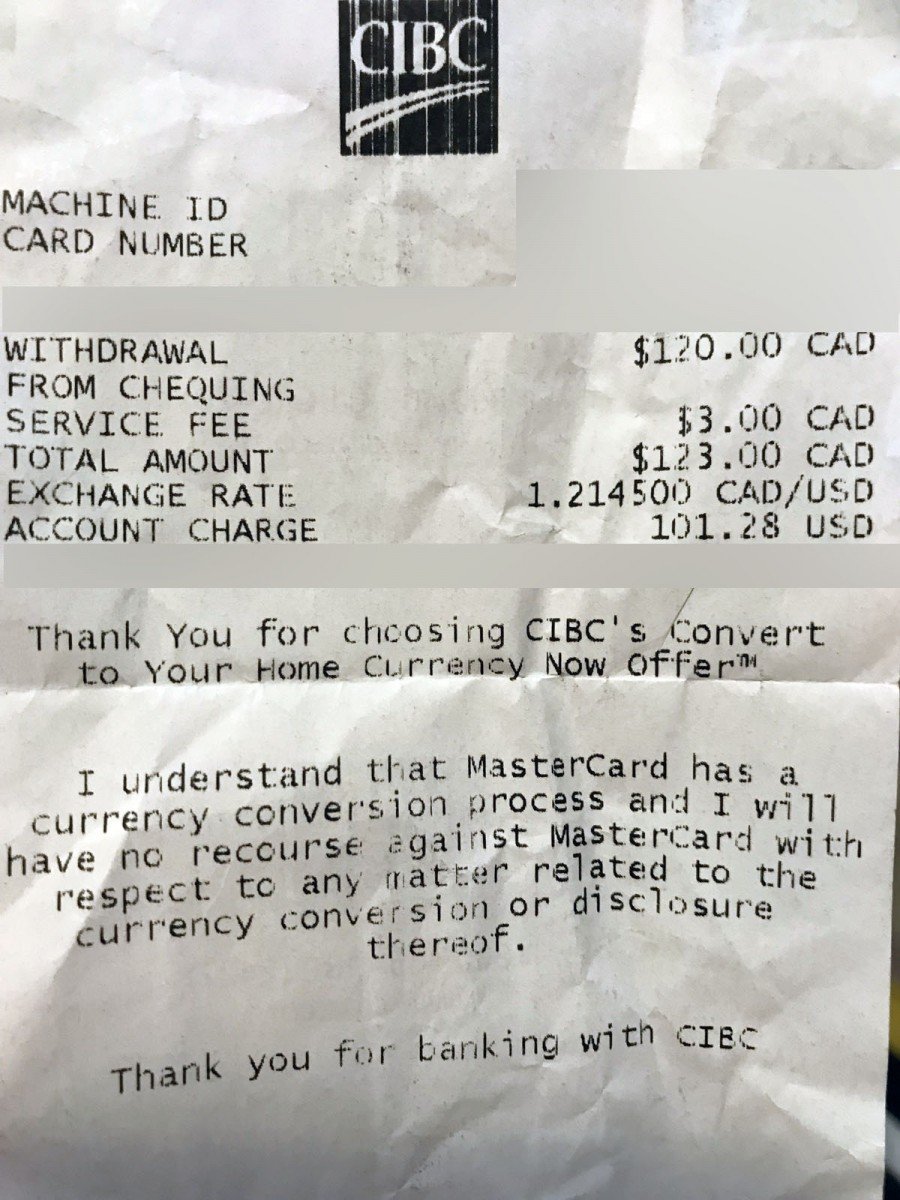 For the same amount taken out in USD, I was only charge $3 CAD.

Both methods yielded fairly similar results, and a much cheaper exchange than dedicated currency trading businesses. In general, I would recommend finding an ATM (and a Canadian bank at that) to get money to use in the country.

Know of a cheaper method of exchange? Let me know in the comments!