How to Get Around Vancouver

Before traveling anywhere, one question that always looms is “how am I going to get around?”

At around the same size as San Francisco (49 square miles), Vancouver (44 square miles) is pretty easy to get around (if not more easy).

Like most developed areas, Vancouver has a system of roads and highways that make vehicular traffic fairly simple. For traveling to more remote locations like parts north of West Vancouver or east of Surrey, renting a vehicle can be a good thing.

In terms of Lyft and Uber, good luck. Vancouver has prevented these ridesharing platforms from functioning in the area. Instead, for short distances, you can fallback on taxis making their way around the city.

When I traveled to Vancouver, as most of my trip was centered around New Westminster and Vancouver city, it was easy enough to just use public transportation.

For the most part, my friends and I used the SkyTrain to get into downtown Vancouver. SkyTrain is a small subset of Metro Vancouver’s transportation network, TransLink. 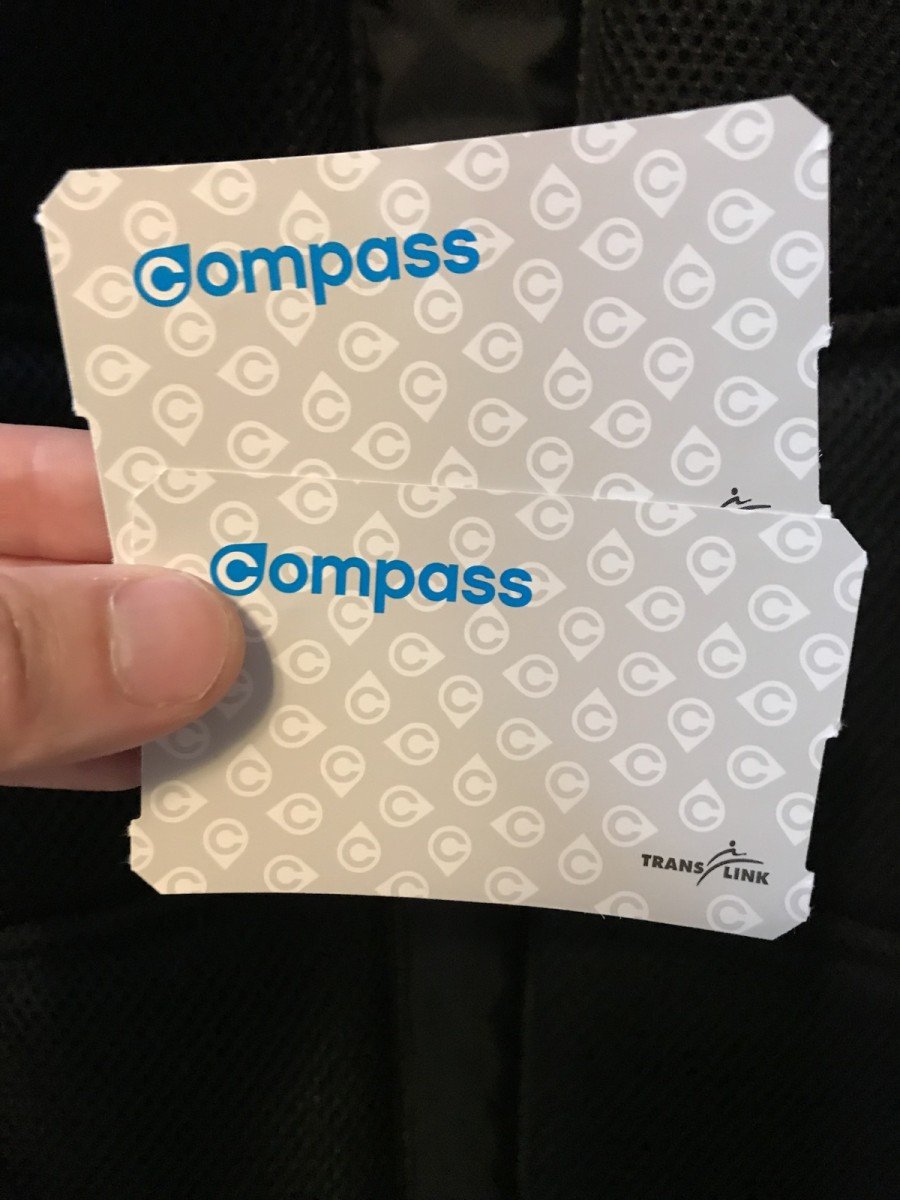 The price of fare to get around varies by method of travel and zones you go through. Generally speaking as you go from one zone into another, the fare price increases. Zones are the numbered/colored areas in the map below:

Going from New Westminster (in Zone 2) to the Waterfront (in Zone 1) as a result cost the fare of going two zones—except in my case, it didn’t. I didn’t have to pay the $4.25 CAD single cash fare (one way) because my friends smartly informed me about getting an all day pass on a Compass Card.

Because I fully expected to spend at least $4.25 x 2 (roundtrip) and some extra for bus travel, it made more sense to go with the $10.50 flat rate for a daily pass with unlimited zones. If you’re only going to use the bus or train two times a day, it may not make sense to get a day pass. Figure out your itinerary and plan appropriately based on these fares to save the most money.

Both the bus and SkyTrain in Vancouver were super easy to use. Basically, you just tap your Compass Card or ticket before boarding and after exiting (buses are only tap-in).

Here’s a video I took aboard SkyTrain:

If you notice, the system is fully automated—which oddly made the trip more enjoyable than what I’m used to stateside.

Though I wish there was more of a direct connection between the airport and parts east of the city via SkyTrain, I still give a lot of props to the overall TransLink system. The friendly and timely service makes exploring Vancouver that much more enjoyable.