While exploring Tainan, a large pelican mascot called to me.

Wanting to experience something new, and having been away from American-style food, we stopped by this fast food shop to find a really interesting eatery called Dandan Hamburger (丹丹漢堡 / dan dan han bao).

The interior closely resembled an older McDonald’s with its analog menu boards, advertisements, and worker uniforms. 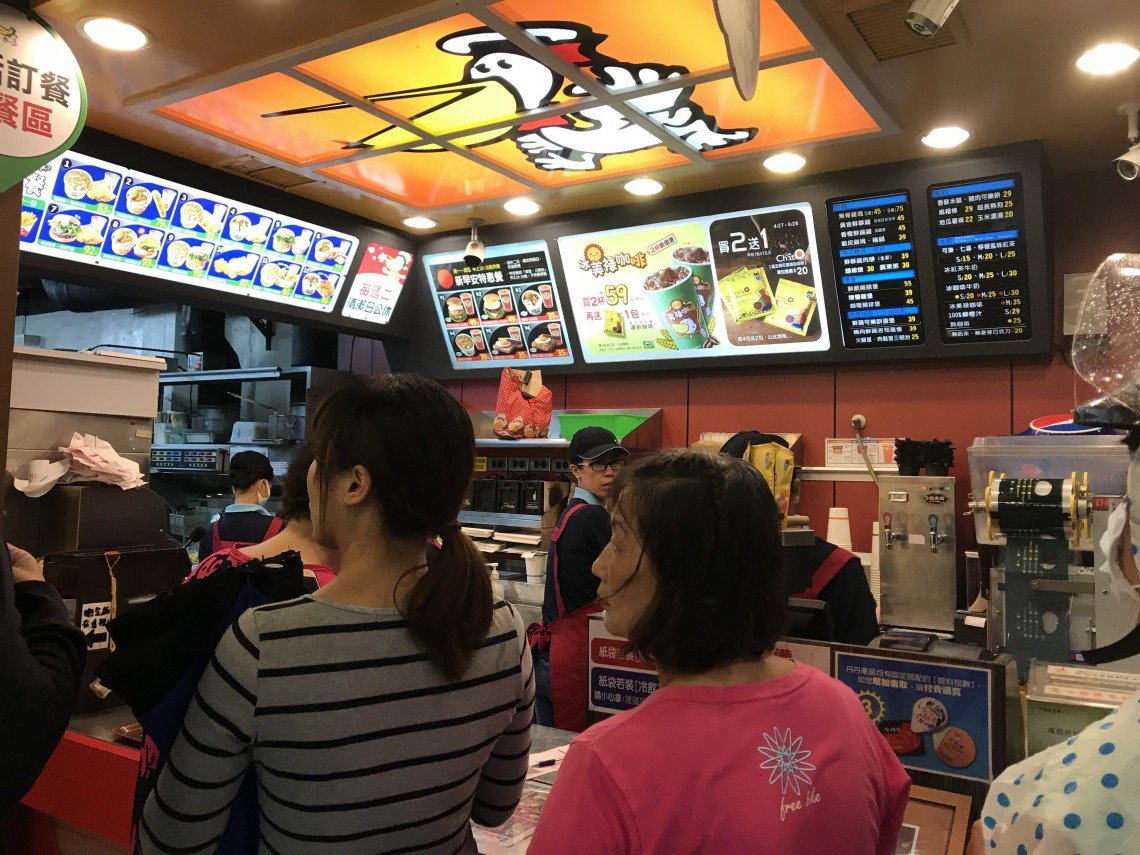 Where it largely differed was the type of food offered. A majority of the food centered around chicken and eggs. With “dan” in its name meaning egg, it’s not surprising that they would have so many chicken-influenced dishes. They also had a variety of chicken sandwiches and soups.

Dandan Hamburg, in this manner, is more like a combination of McDonald’s, Kentucky Fried Chicken, and night market with its Taiwanese-inspired, western menu. 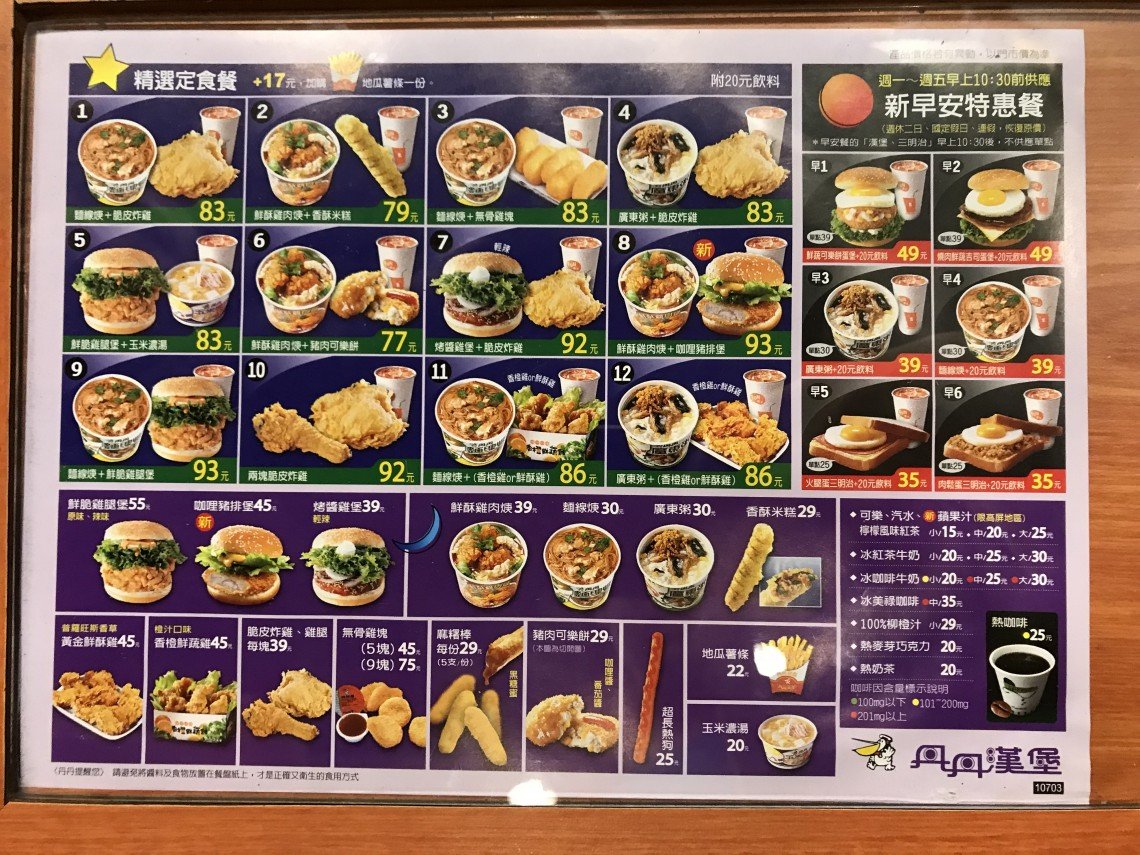 What I was most surprised about was just how much Taiwan loves its soup. Whereas many of these combos might have been complimented with fries in the US, fries are an afterthought compared to a hearty bowl of soup. 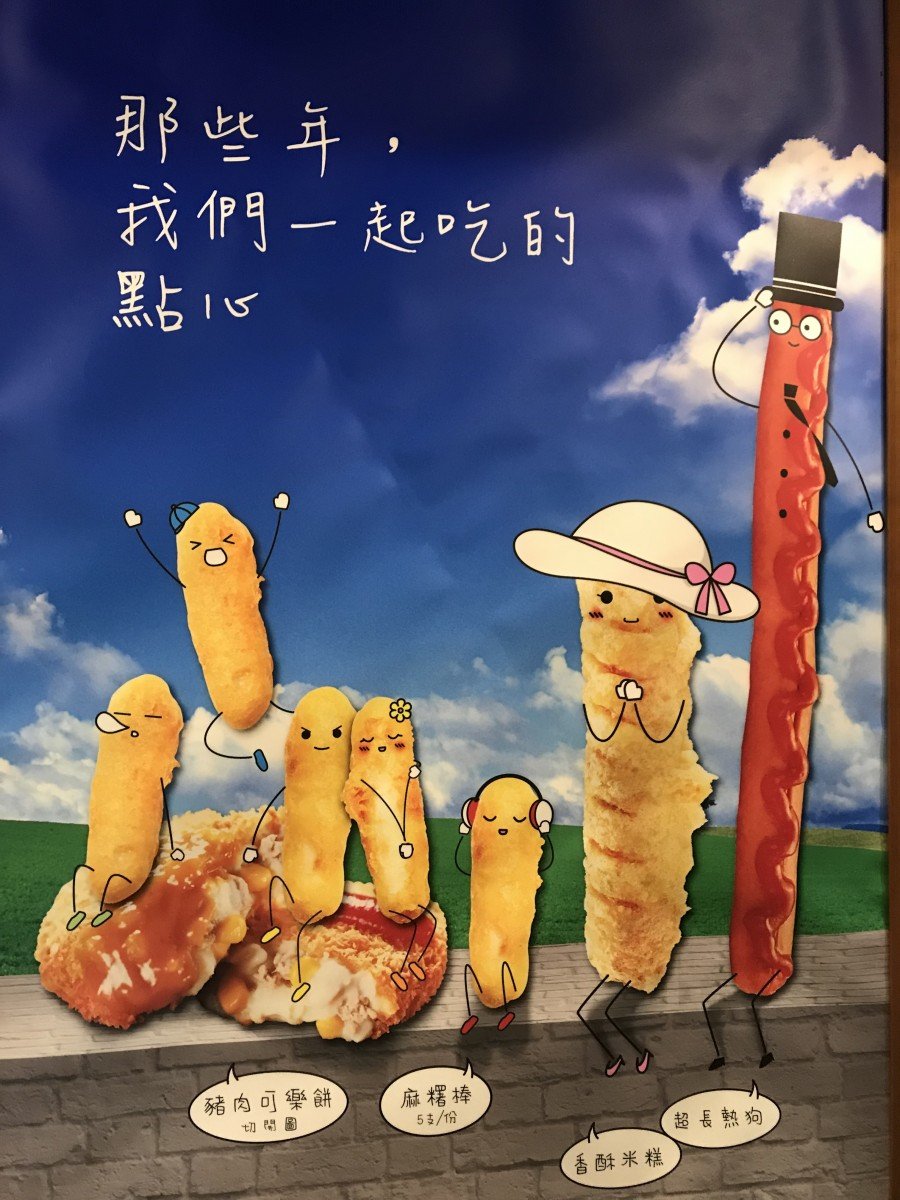 Of course, no large business would be complete without cute advertising!

We got a barbecue chicken sandwich with fries. As far as fast food goes, it tasted both higher quality (like it was actual chicken) and slightly lighter than I would have imagined. As someone who doesn’t really like heavy foods, this was a great snack to try while in the area.

If you come across a Dandan Hamburger, don’t hesitate to drop in. It’s a refreshing take on more American-style food.