Growing up, some of the most memorable meals I would have with my family were when we would go to a buffet (like Hometown Buffet) to enjoy company and food, all-you-can-eat (AYCE) style. Though I have concerns about food waste and overeating, nowadays, I still do love a good buffet. The buffets in Taiwan are amazing. My top buffet is still located in Taiwan.

Yes—even with all of the KBBQ places in Los Angeles and extravagant buffets in Las Vegas.

One chain that I love in Taiwan is Mala Hot Pot (新馬辣經典鴛鴦鍋 / xin ma la jing dian yuan yang guo). They known for their spicy hot pot and their selection of AYCE ingredients. 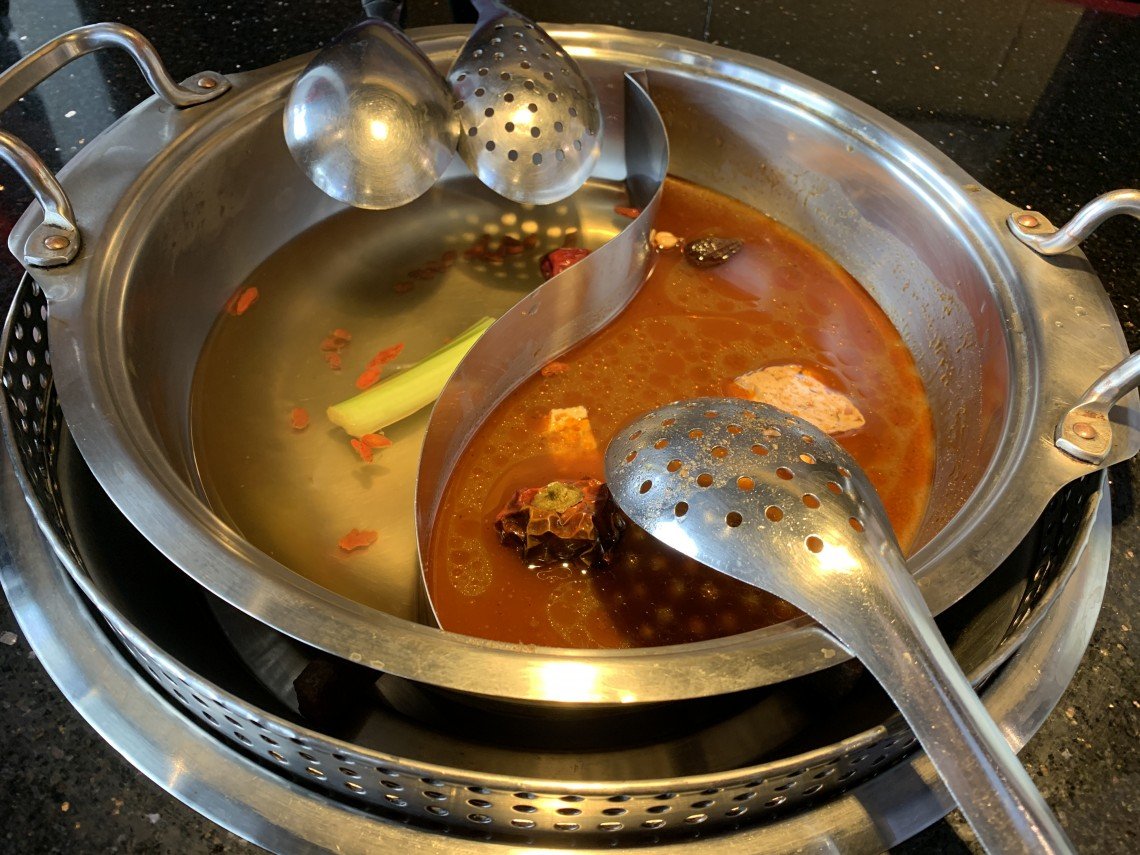 Having had an amazing experience at the location near National Taiwan University, my friends and I decided to check out another location near Songshan Cultural and Creative Park. Though the hot pot itself was the same, everything else was fairly different. To my initial dismay.

I wanted to write this post to share my experience and to show that both locations can be great, depending on what it is that you’re looking for from your meal.

This location is more self-serve than the other Mala that I went to. Notice all of these trays with hot pot ingredients ranging from wrapped tangyuan (湯圓 / tang yuan) to quail eggs. 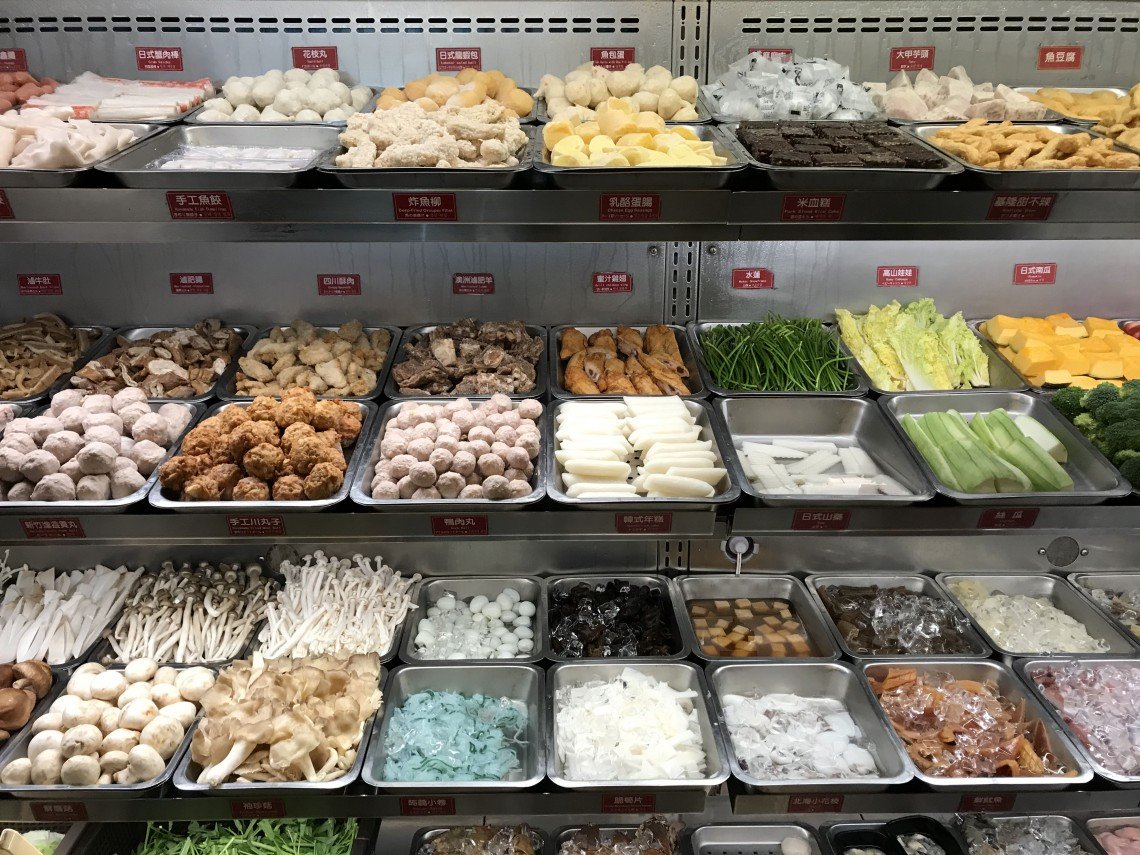 You pick up plates and use tongs to select all the ingredients you want to add to your hot pot. At the other location, you would look at a menu, place your order with the server, and they would bring plates of everything to you. 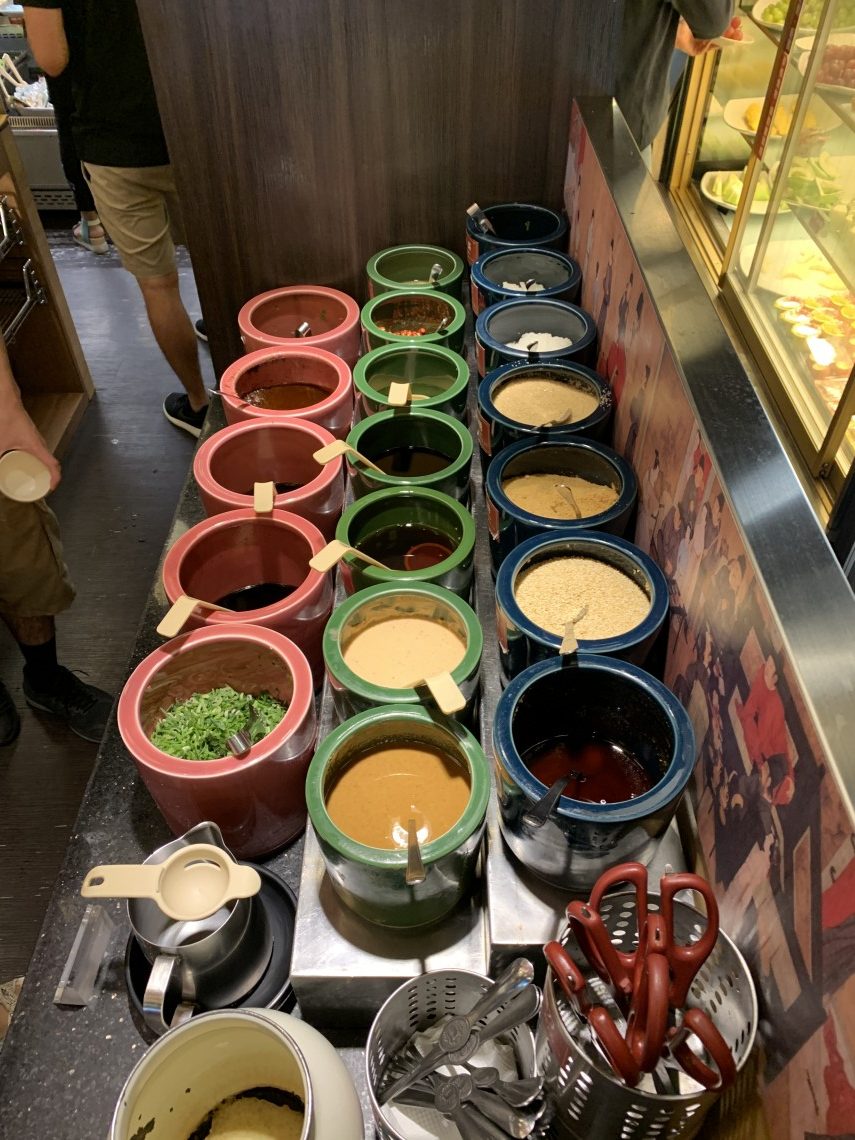 Most hot pot restaurants have a sauce bar for you to mix your own sauces, so this isn’t that different. 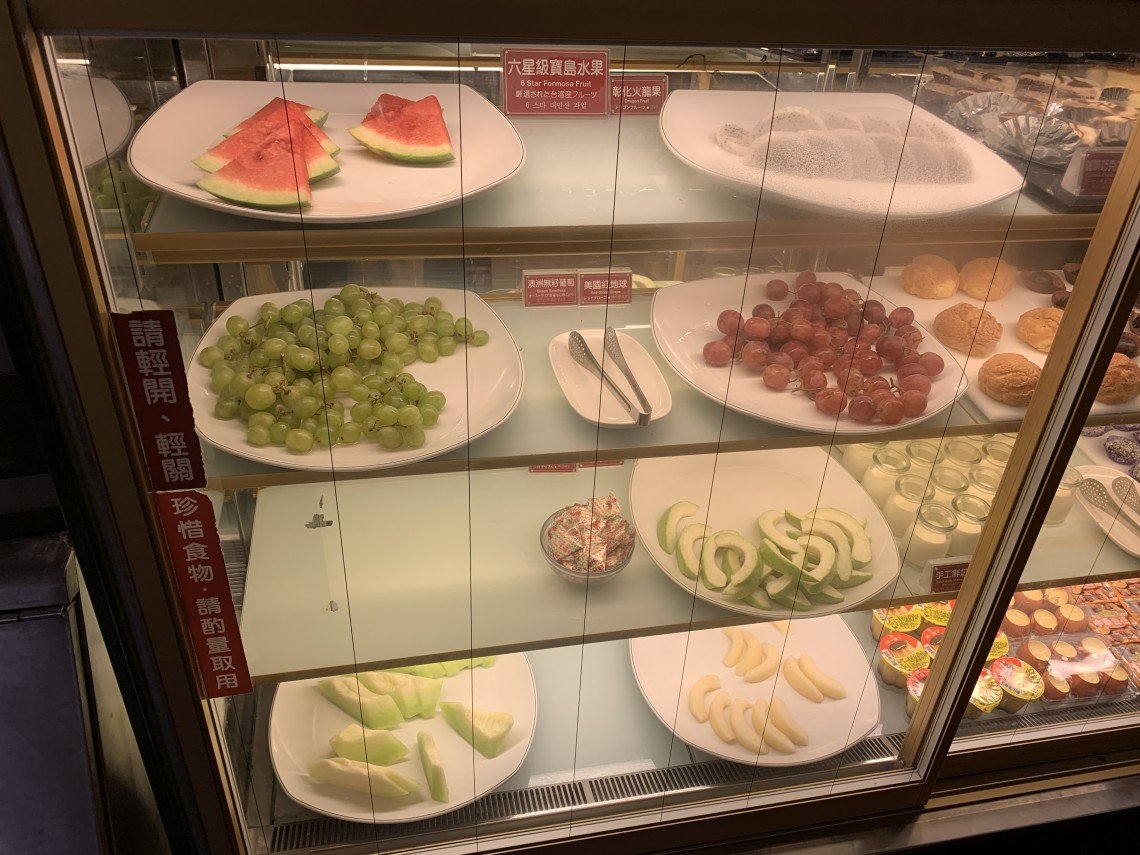 For dessert, they had this refrigerated area with fruit and pastries. The condensation made the desserts look less appetizing than they actually were, which was reassuring. 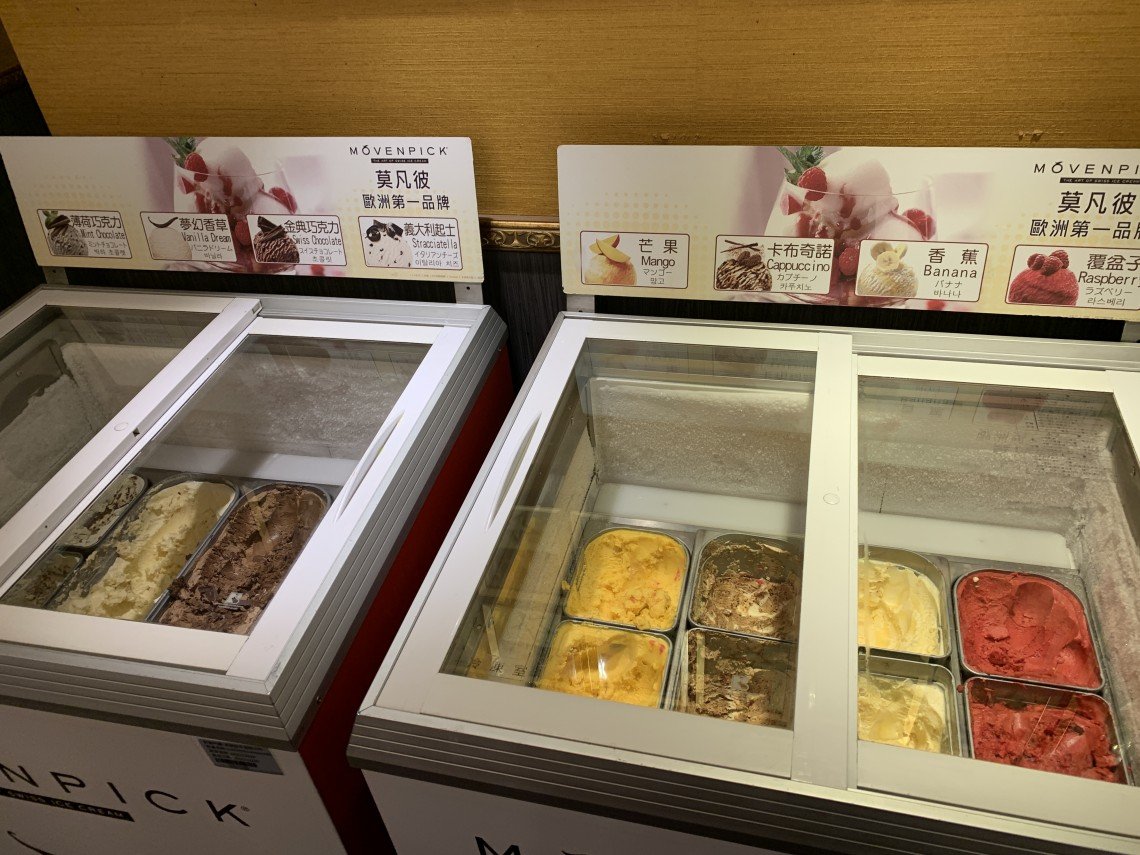 Both of the Mala locations that I’ve been to have ice cream that you have to hand scoop yourself. 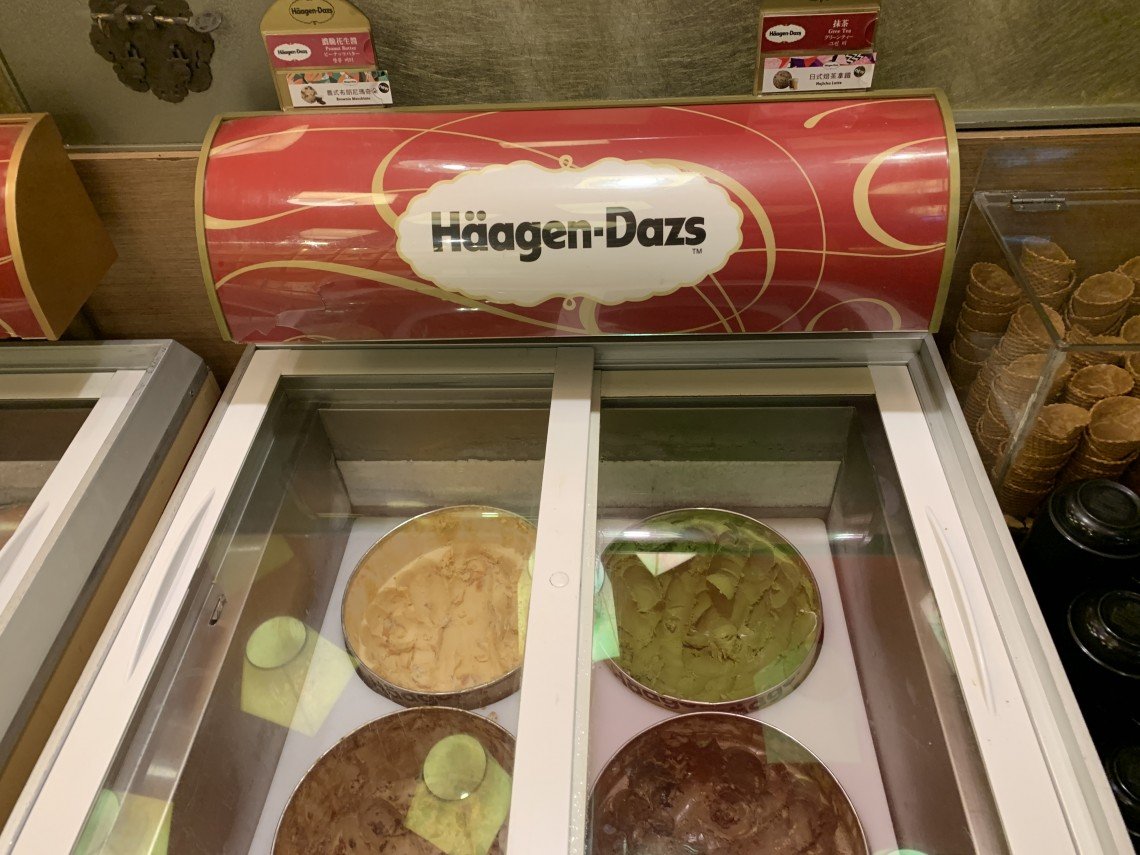 It’s so interesting to see Haagen-Dazs appear as a special brand name, given how more commonplace it is in the United States. 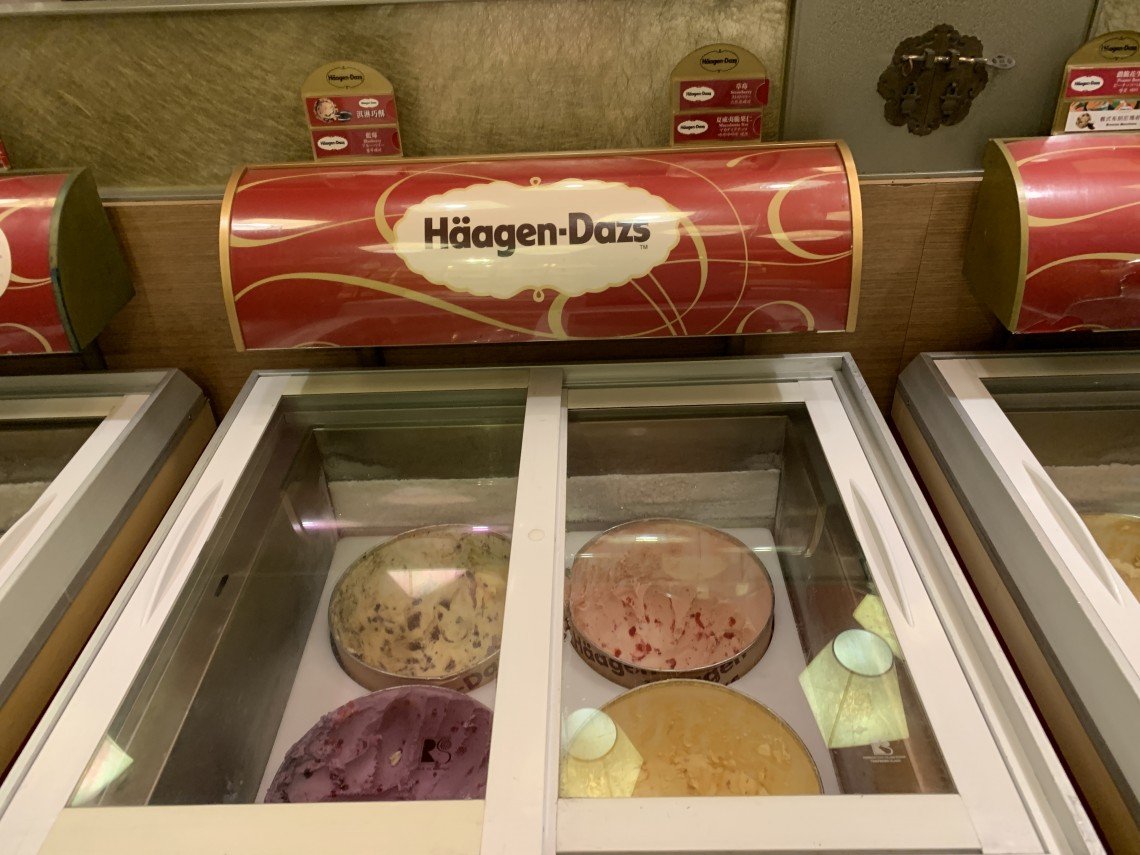 It’s also cool to see the different flavors that people like. You don’t see weird flavors like bubblegum here. 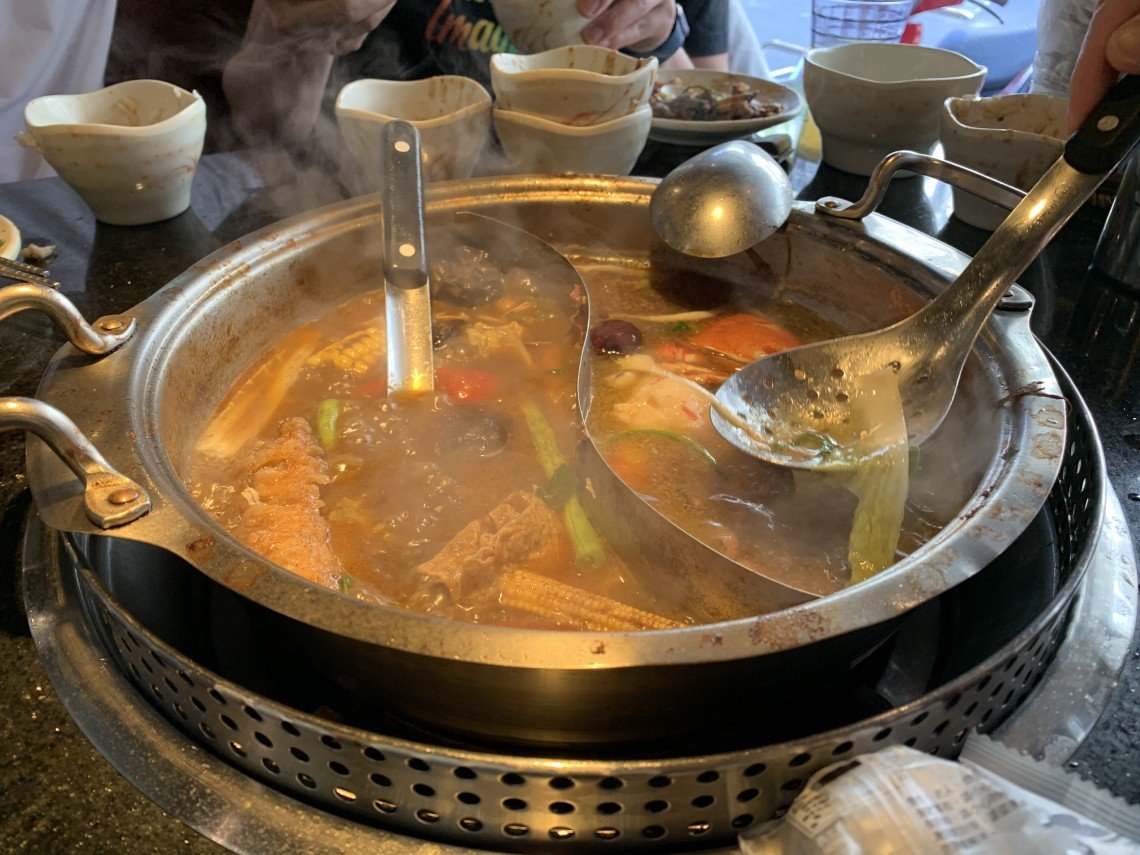 Some additional differences to note:

Despite the differences, at the end of the day, the food was still amazing and the company made the meal that much better.

If you’re looking for AYCE hot pot that’s a little easier on the pocketbook, check out Mala Hot Pot. If you want more variety and table service, check out New Mala Hot Pot. Don’t make the same mistake we did. The difference is denoted by the character for new “新” in the front.