Foraging for Food in the Forests of Santa Cruz

As an avid fruit lover, I remember reading, many years ago, about how fruit trees were specifically not planted in many cities because of the mess they produce. Far too many people would rather purchase that same type of fruit from a grocery store than harvest them from public land. The result—tons of food waste rotting and squashed on sidewalks across the country. 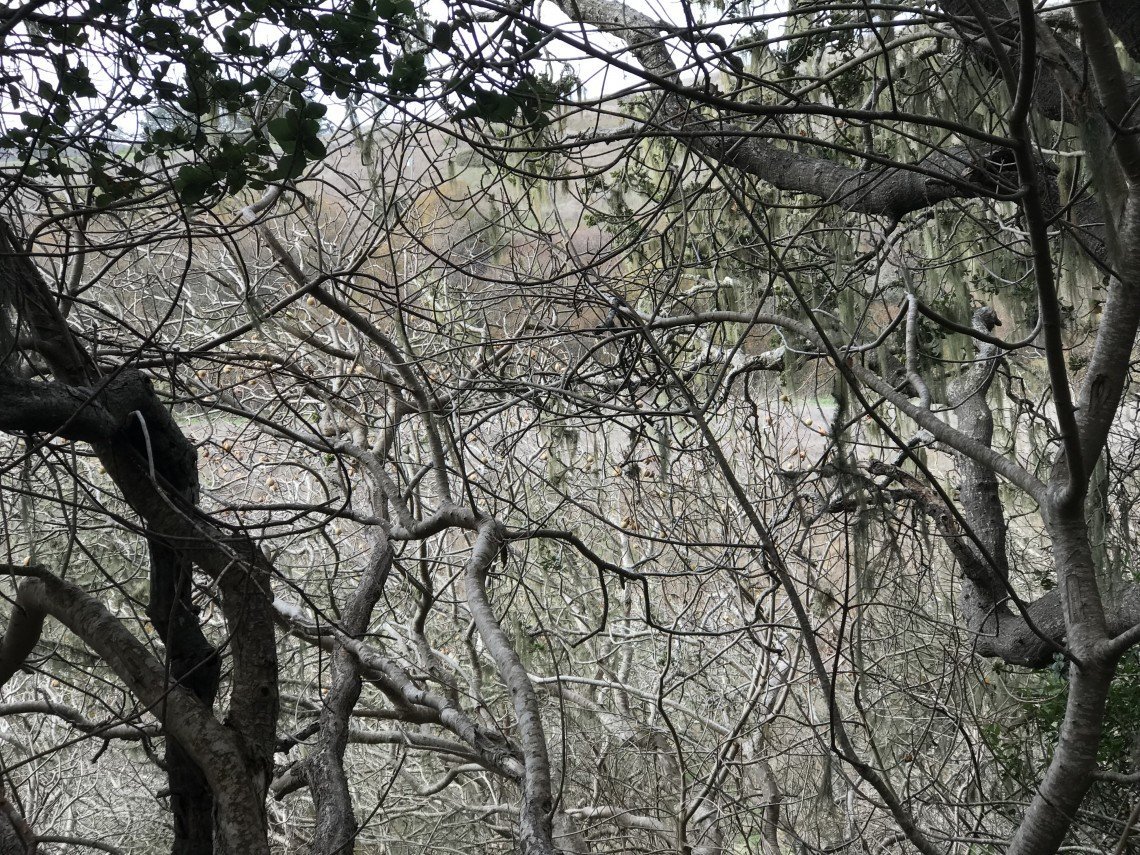 Our guide for this trip was the lovely Caitlin Davies of Mountain Sea Adventures. She was a bubbly knowledgable guide who helped us better understand and connect to the natural environment around us.

After a short brief on what foraging was and what we might experience, we headed to the start of our hike. 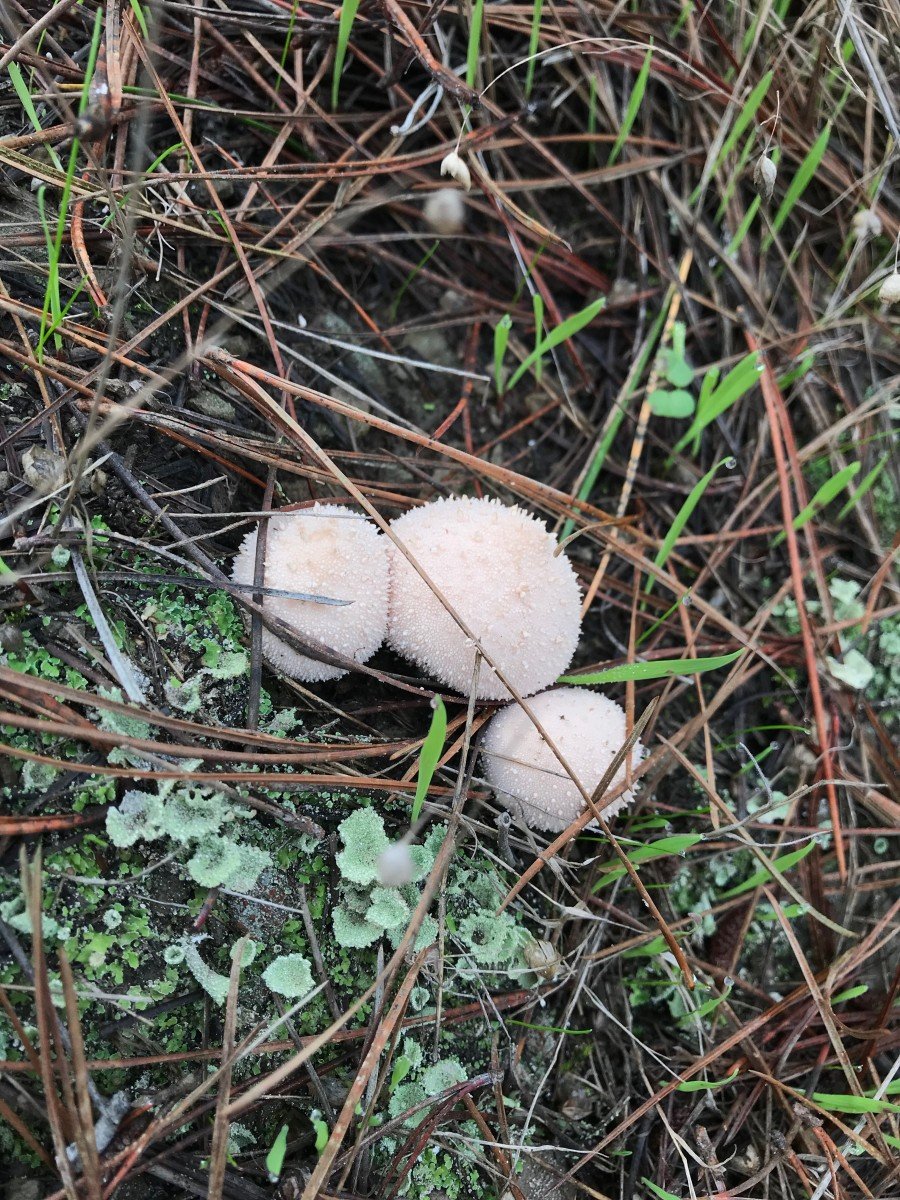 One of the first things that we saw was a Puffball mushroom, trying to force its way through the dense ground cover. 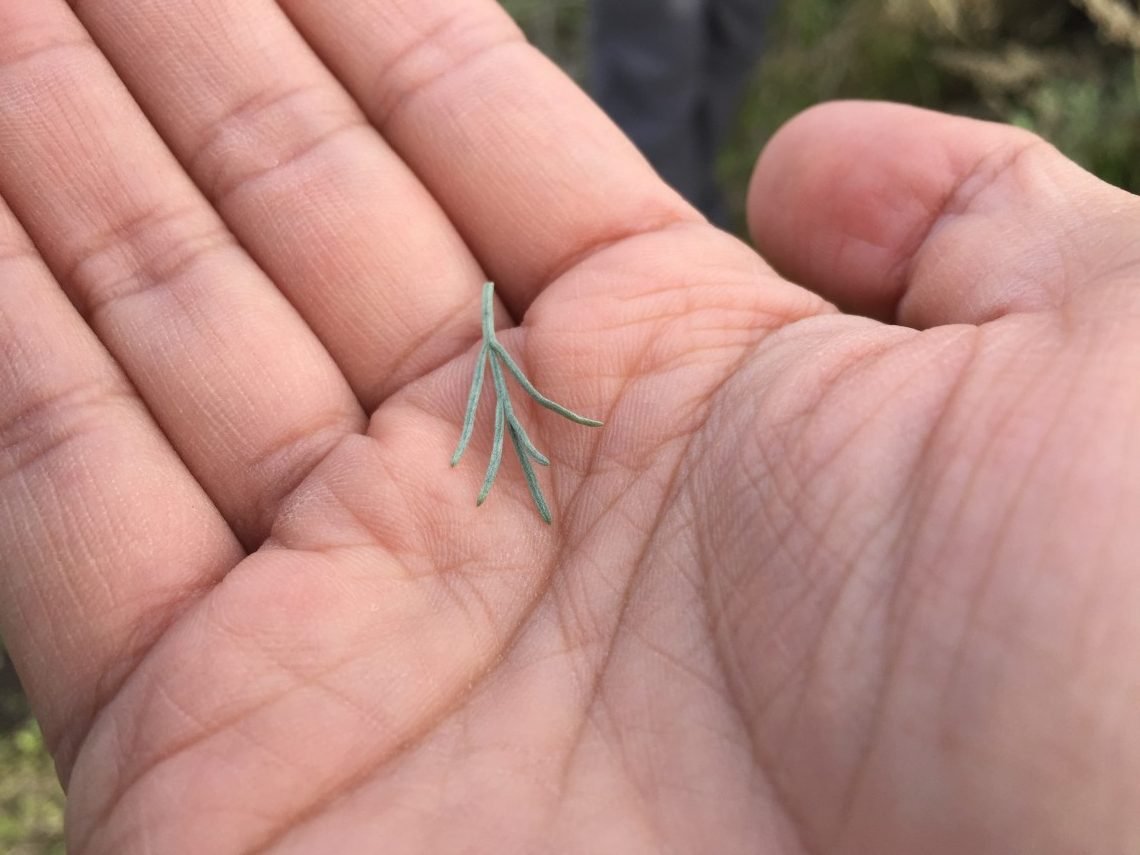 Artemisia greeted us along the way to the start of the trail. It also granted us safe passage as we continued along our journey. The smell reminded me a lot of sage. Like most things we sampled, it was fairly bitter. 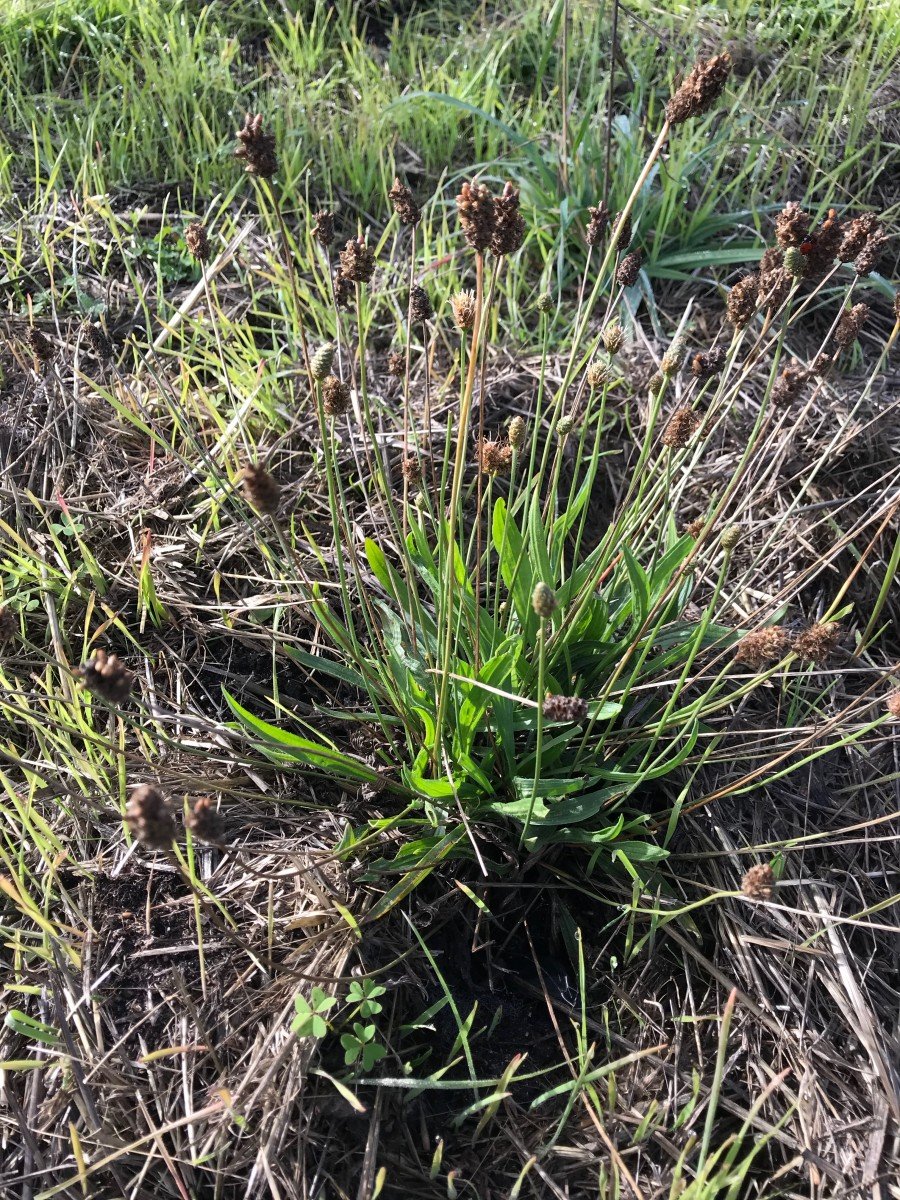 The next plant we can across that people might forage was Plantain. I grew up seeing these everyone on the school yard. I never knew that they were used in the past in first aid along with moss, nor that they could be used to make a tea. 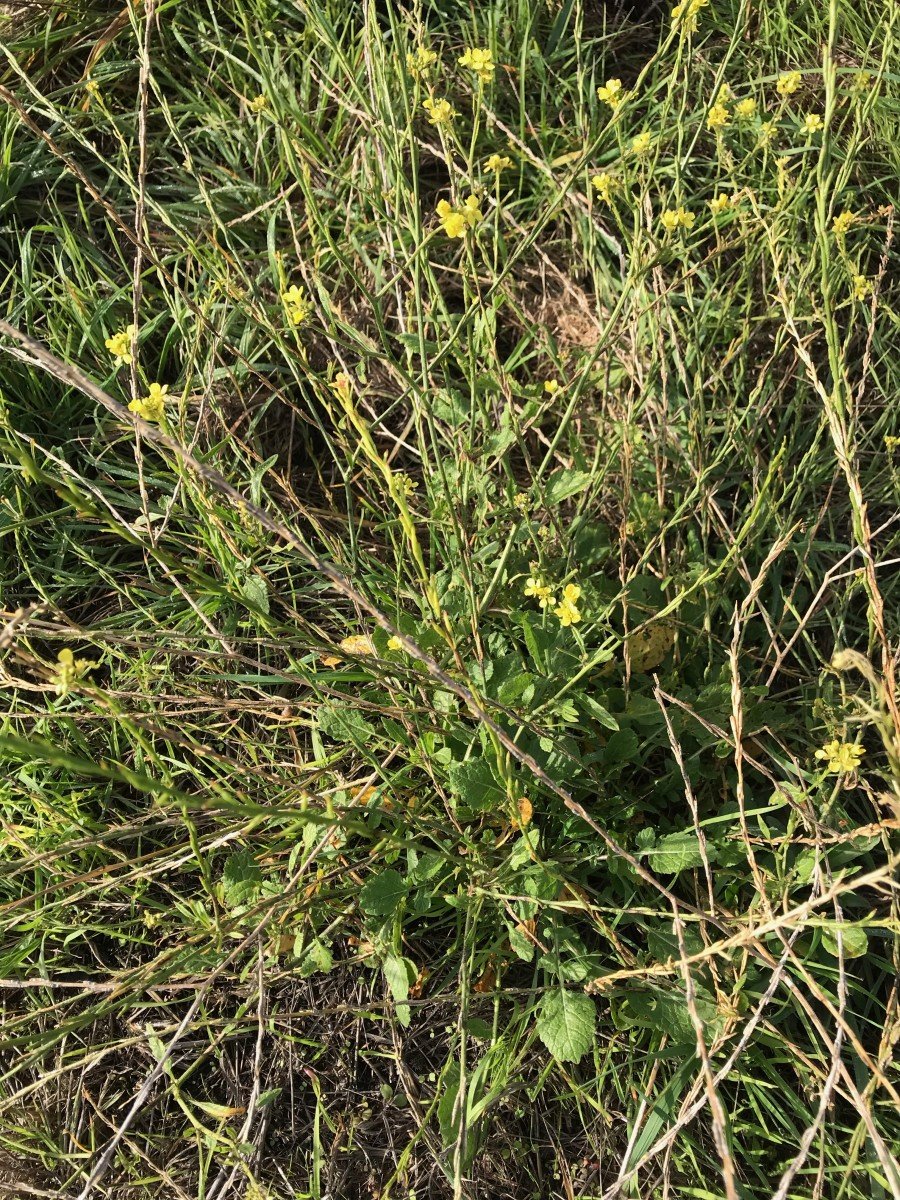 One of the most surprising plants we foraged came up next called Brassica.

Brassica had a taste that’s very similar to broccoli. As it turns out the cabbage, kale, brussel sprouts, cauliflower, and kohlrabi we enjoy today all came from this one plant. It further made me realize just how much more food diversity there is out there, beyond the confines of the grocery store. 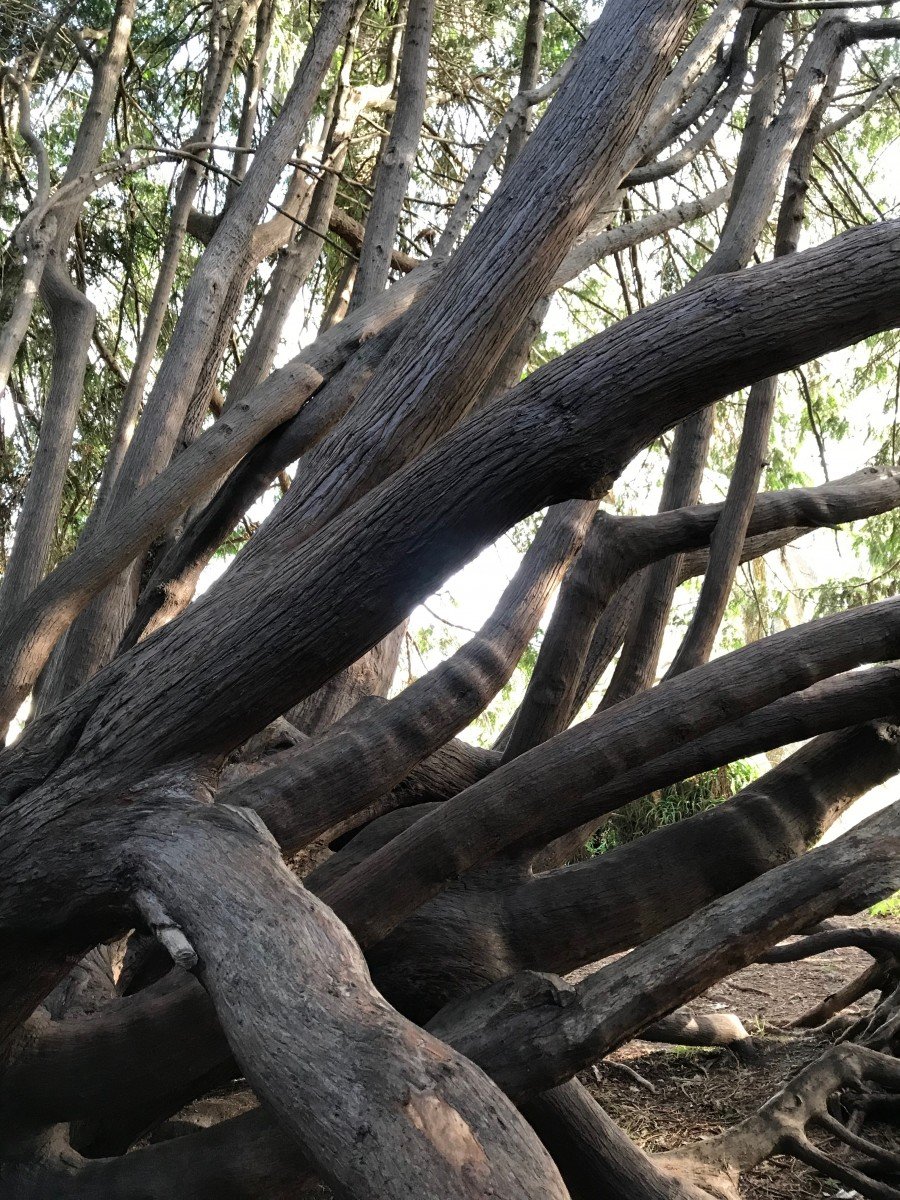 As if to welcome us further into the forest, Caitlin took us by this tree that looked super crazy. The wood from this tree was used in the past to make ships by the First People. 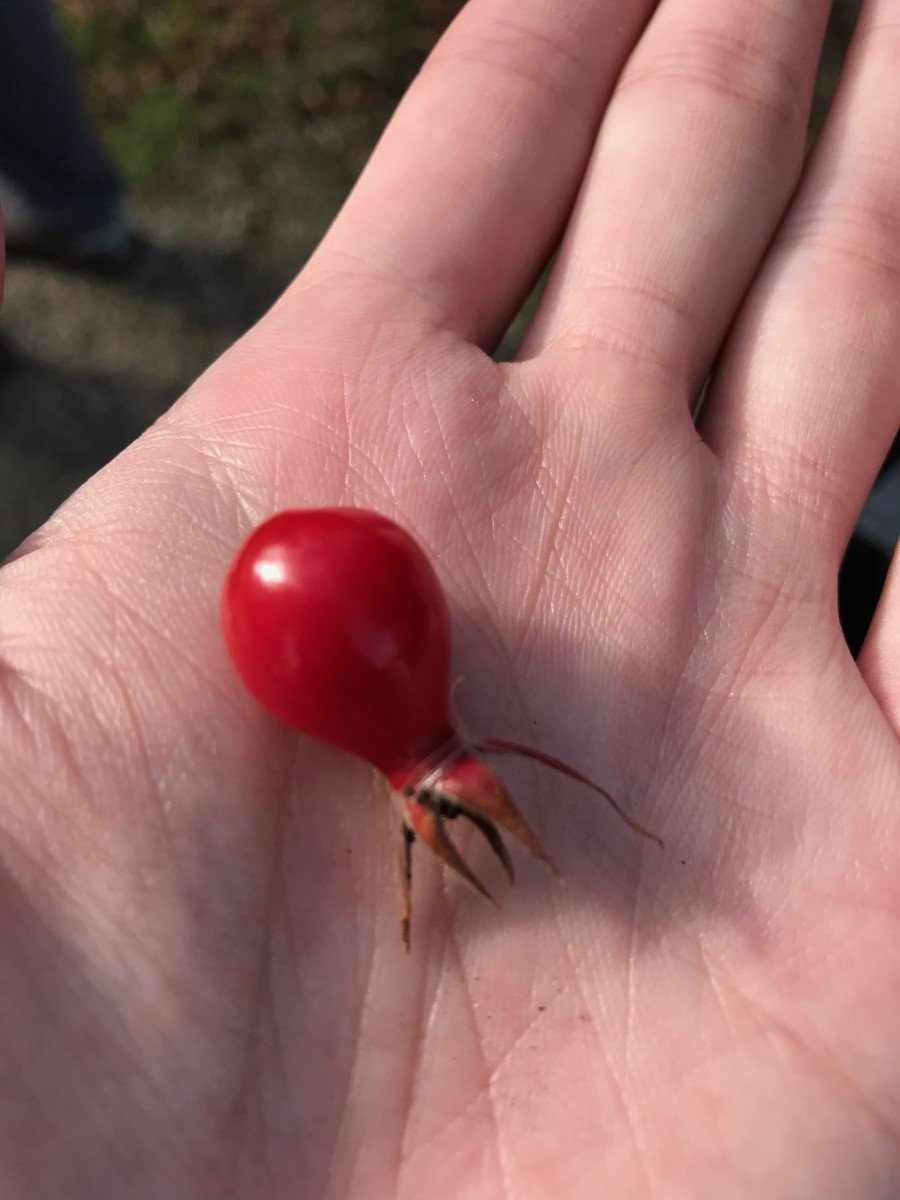 I had this fruit before, rose hips. These rose hips were small but packed a punch. The flavor kind of reminded me of a combination of a tomato and sweet plum. 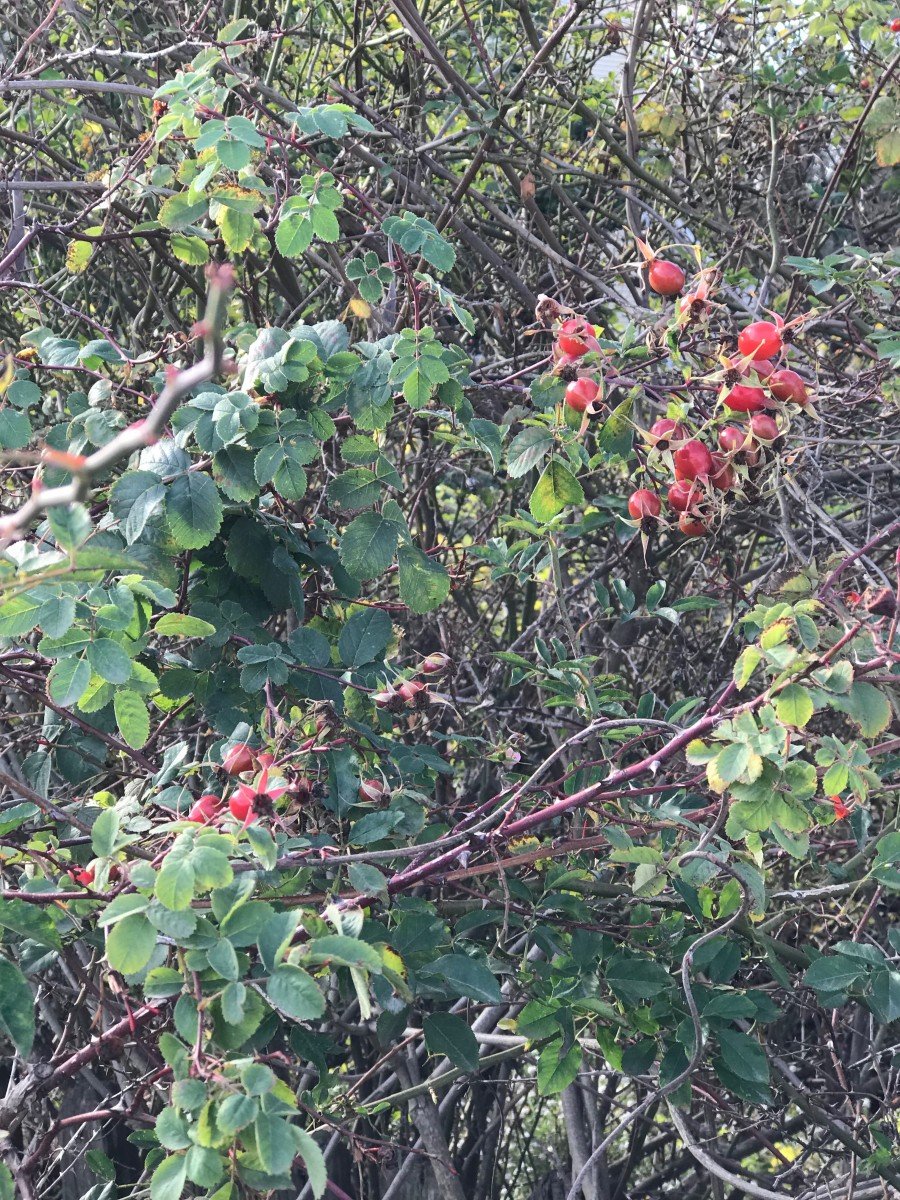 There were a number of rose hips on the plant, but Caitlin made sure to pick the best ones for us.

In general, when it comes to foraging, there is a rule where you shouldn’t harvest more than 3/4ths. This rule allows the plant to carry on its normal functions including reproduction.

An additional rule, which is kind of woo-woo (but I like) is to first ask the plant if you can harvest from them. Most oftentimes a plant will say yes. On the rare occasion a wind blows or a bee lands on something being harvested, this might be a sign to move on. 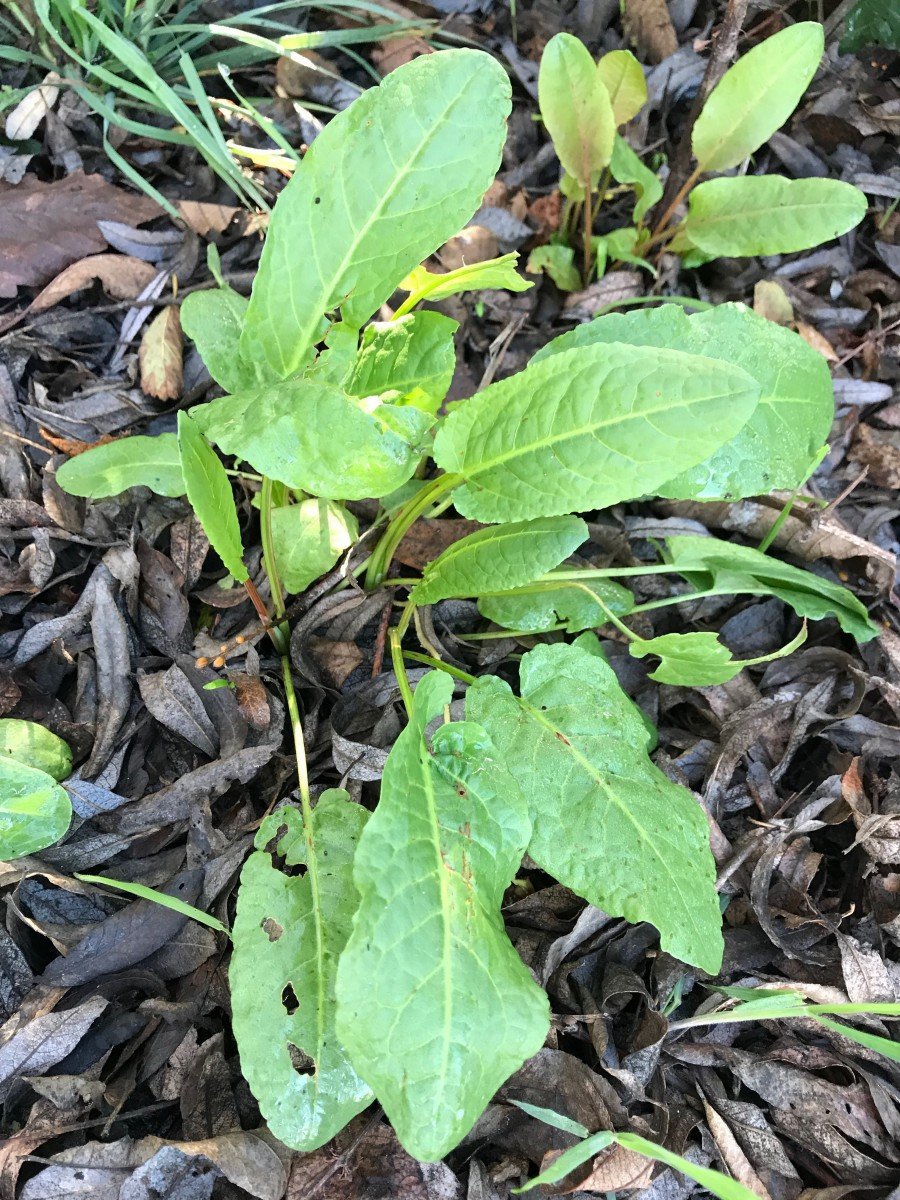 This leaf was one of the tastier leaves. Curly Dock, as it funnily goes by, tastes kind of like a combination of spinach and lettuce. It seemed to grow more in shaded areas and strangely near Poison Hemlock. Caitlin pointed out the difference so that we were safely enjoying the correct leaf. 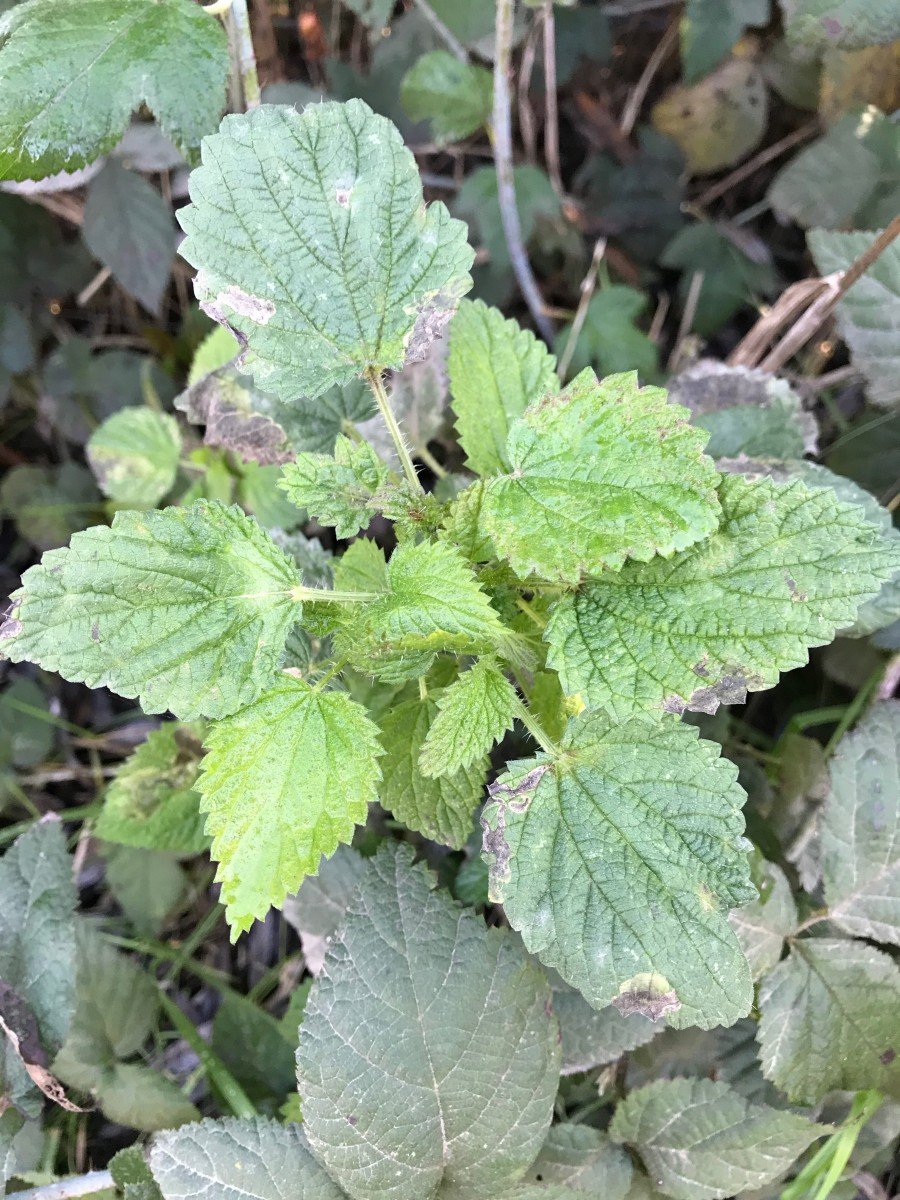 In the wilderness, there are bound to be plants that just want to be left alone. Many of these plants developed sap or, in the case of Stinging Nettle, needles to keep predators at bay. If you are aggressive with these plants, they will string you right back.

Many people bravely harvest these leaves and boil them to reduce the efficacy of the needles. We, in fact, enjoyed “nesto” that Caitlin made (pesto made from the Nettle leaf). That nesto was definitely one of the highlights of the hike and something that I would love to try and make in the future. 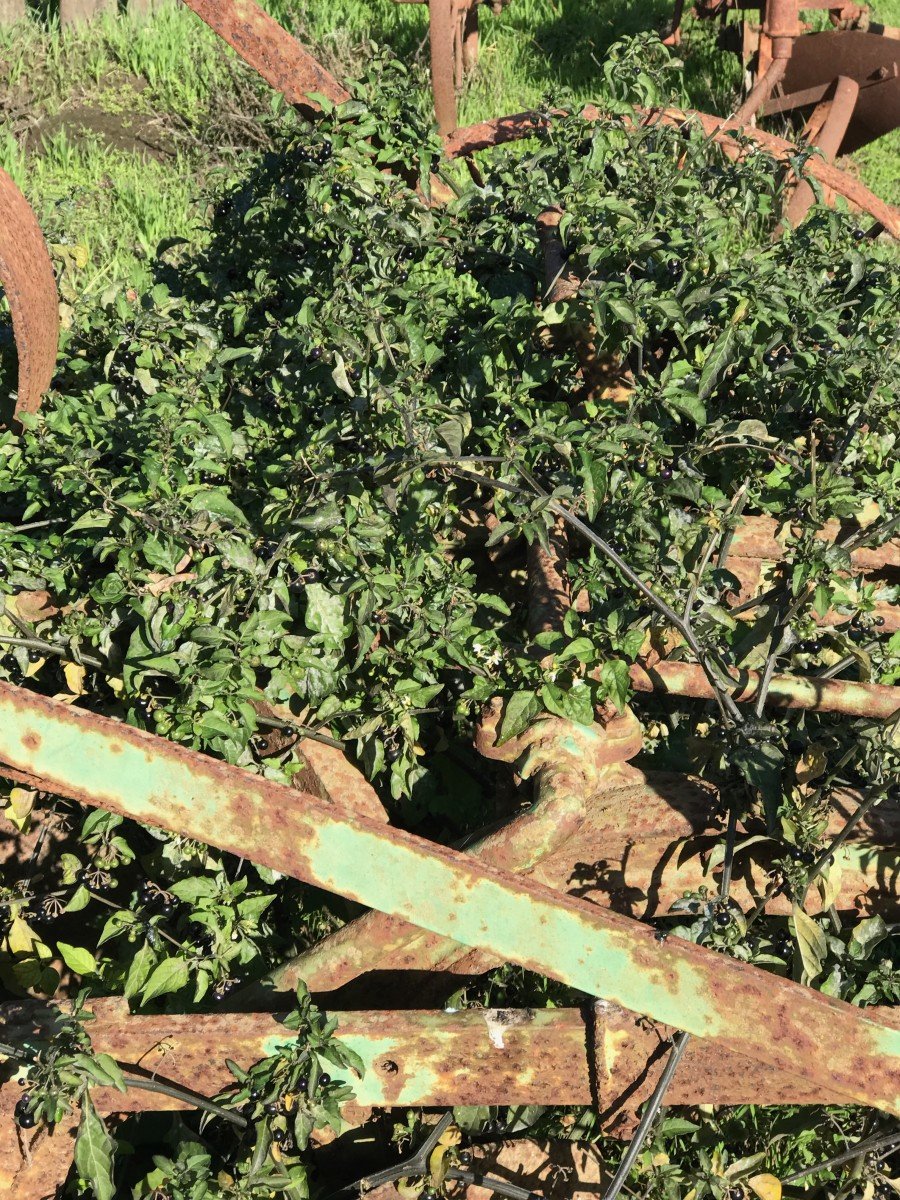 As we continued along our journey, we saw a plant gently cradling an old piece of farming equipment. Caitlin got so excited as we all rushed closer to see what’s up.

The plant she got excited about is called Nightshade. It’s a close relative of the tomato, even though you wouldn’t really know it looking at it. 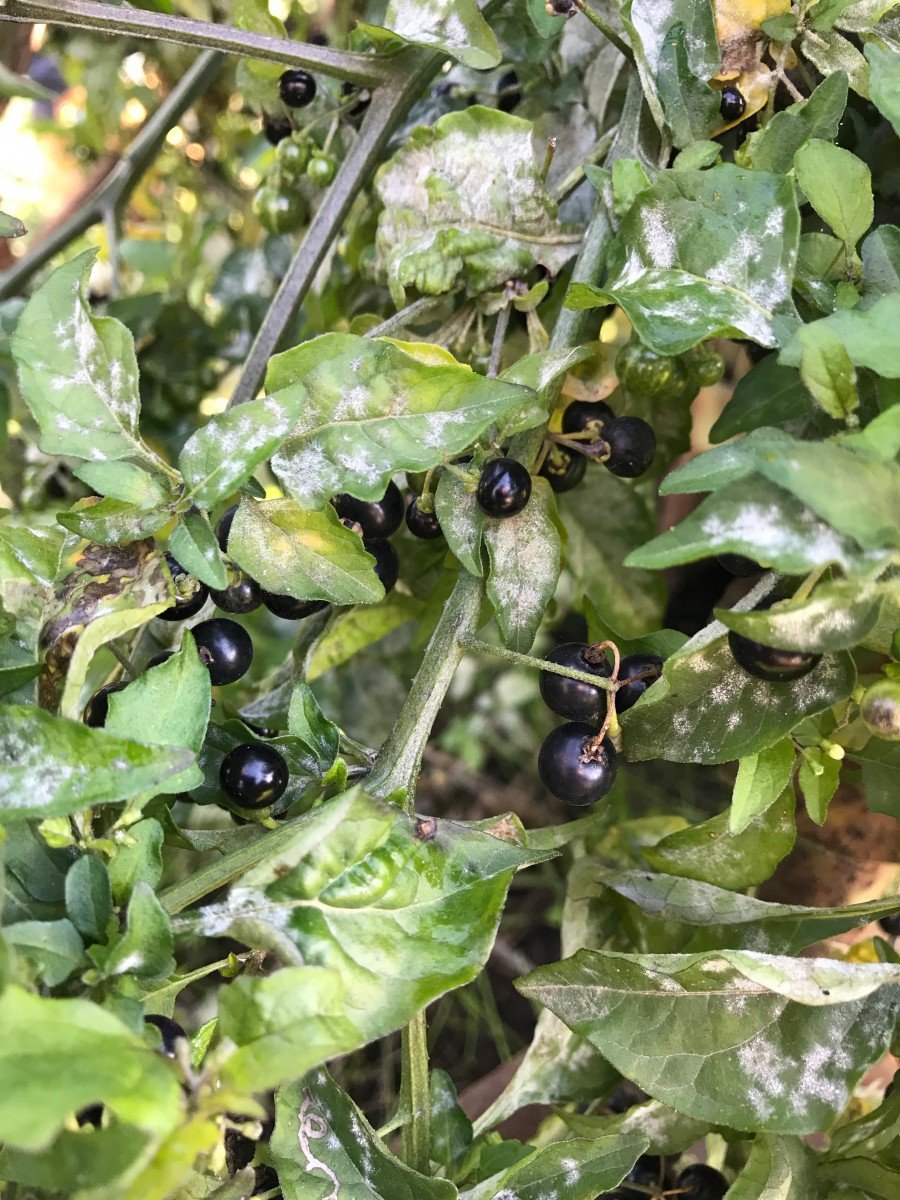 I actually thought the plant was more like a pepper plant with how the stems looked. We very gently harvested these berries and tried them. They were one of my favorites of the entire foraging experience. Nightshade tastes a lot like blueberries and tomatoes combined.

Caitlin mentioned some people making salsa out of this plant. With how there’s mango and pineapple salsa, I can imagine salsa with this berry being amazing. 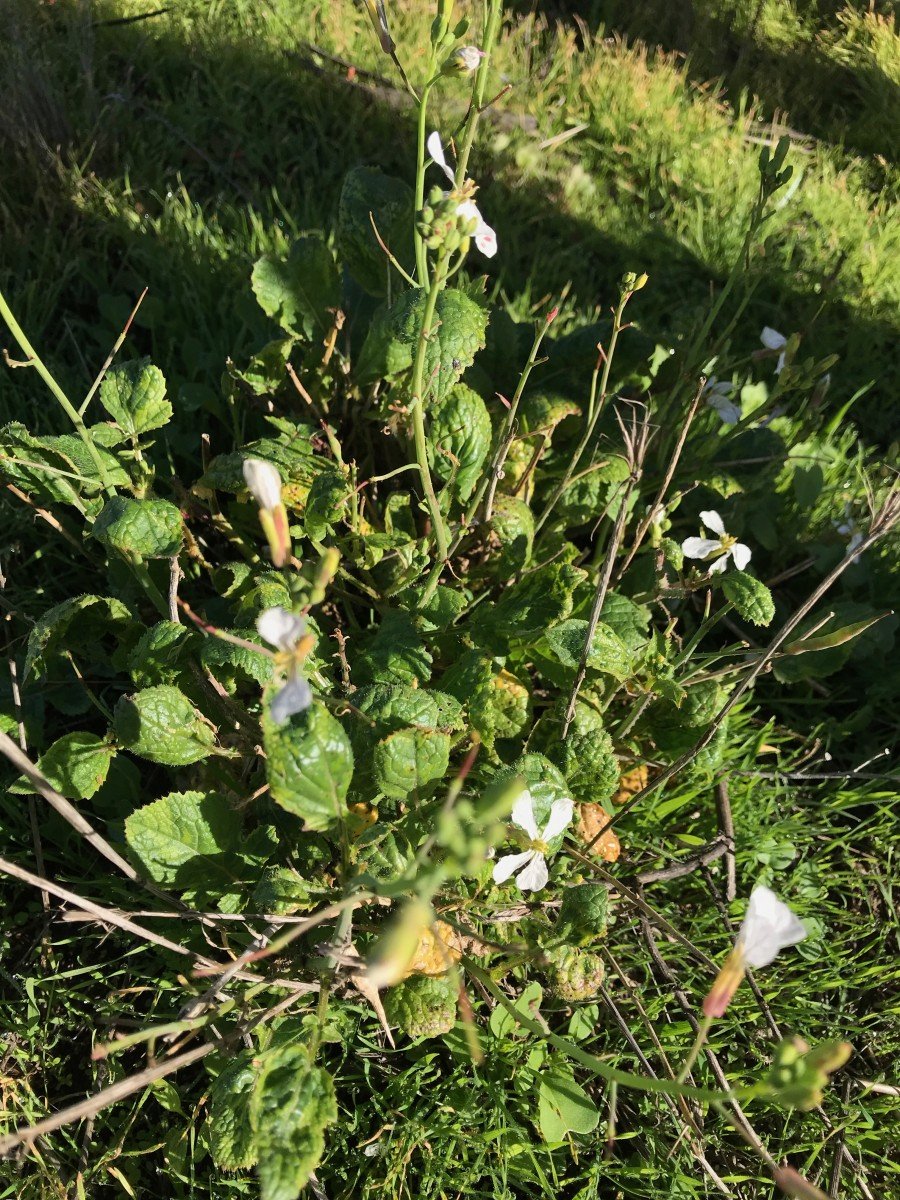 This is a plant that I’ve seen time and time again walking around the Bay Area. It’s called wild radish. It has the spiciness you would expect from a radish. 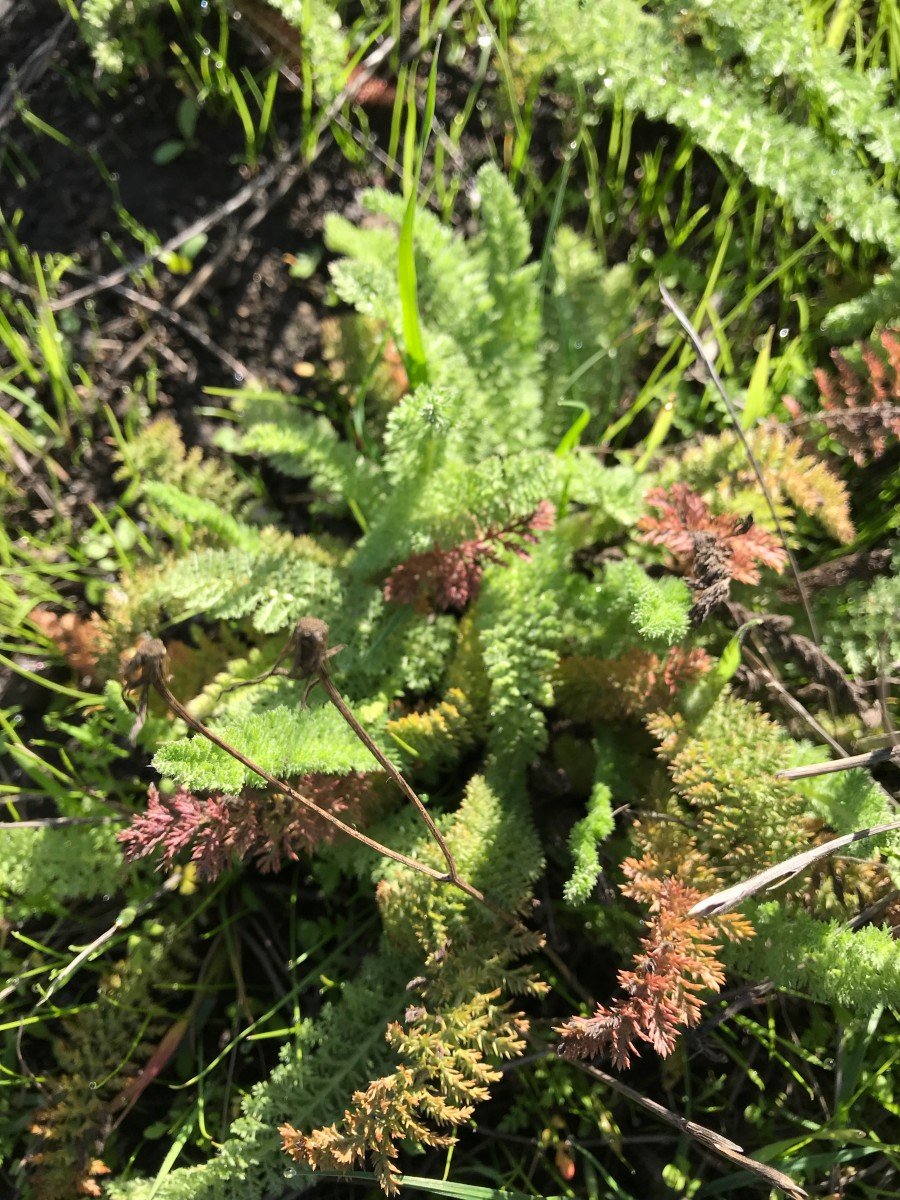 In a sunny patch of grass, we found Yarrow. Yarrow is one of those plants that is supposed to cure a variety of ailments. It’s not surprisingly very bitter to taste. 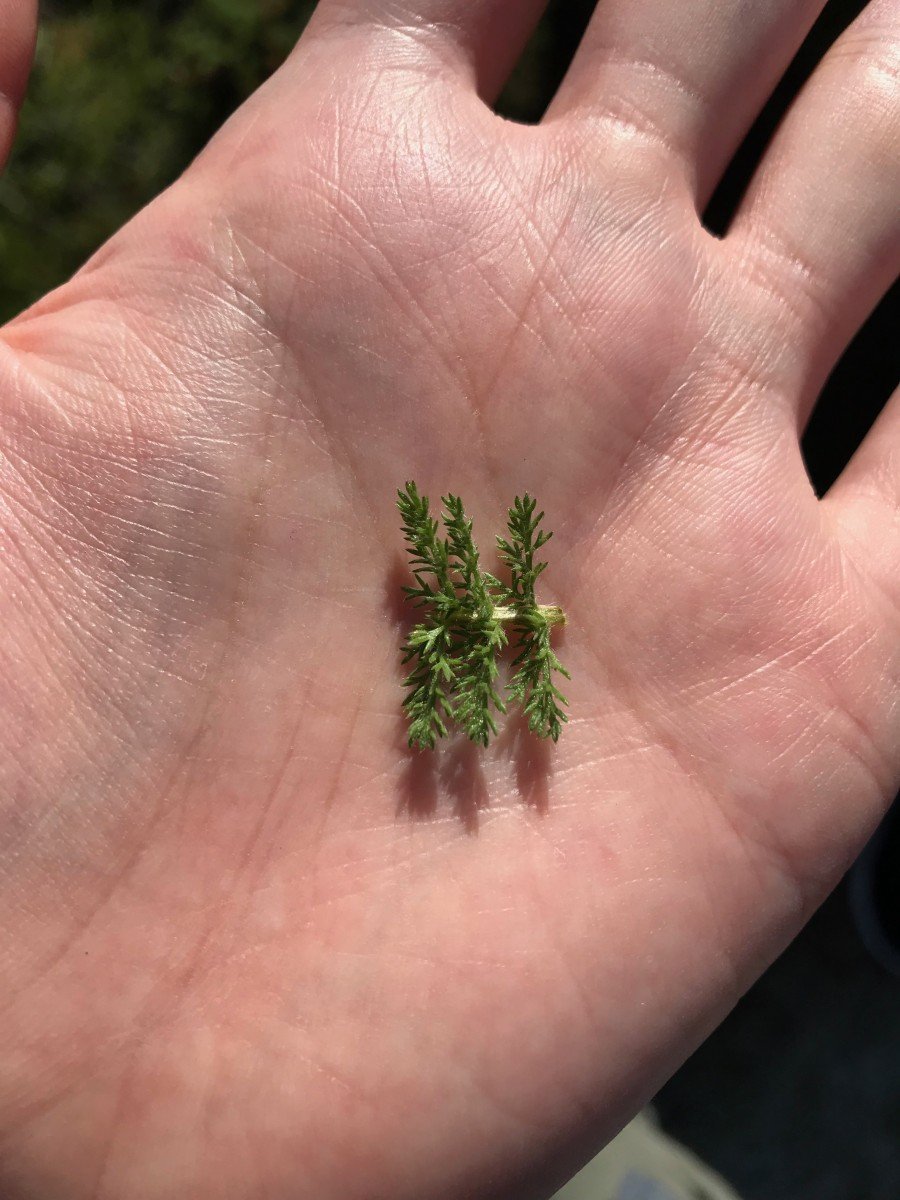 We nibbled on a little piece and that was even a bit much for many of my friends. 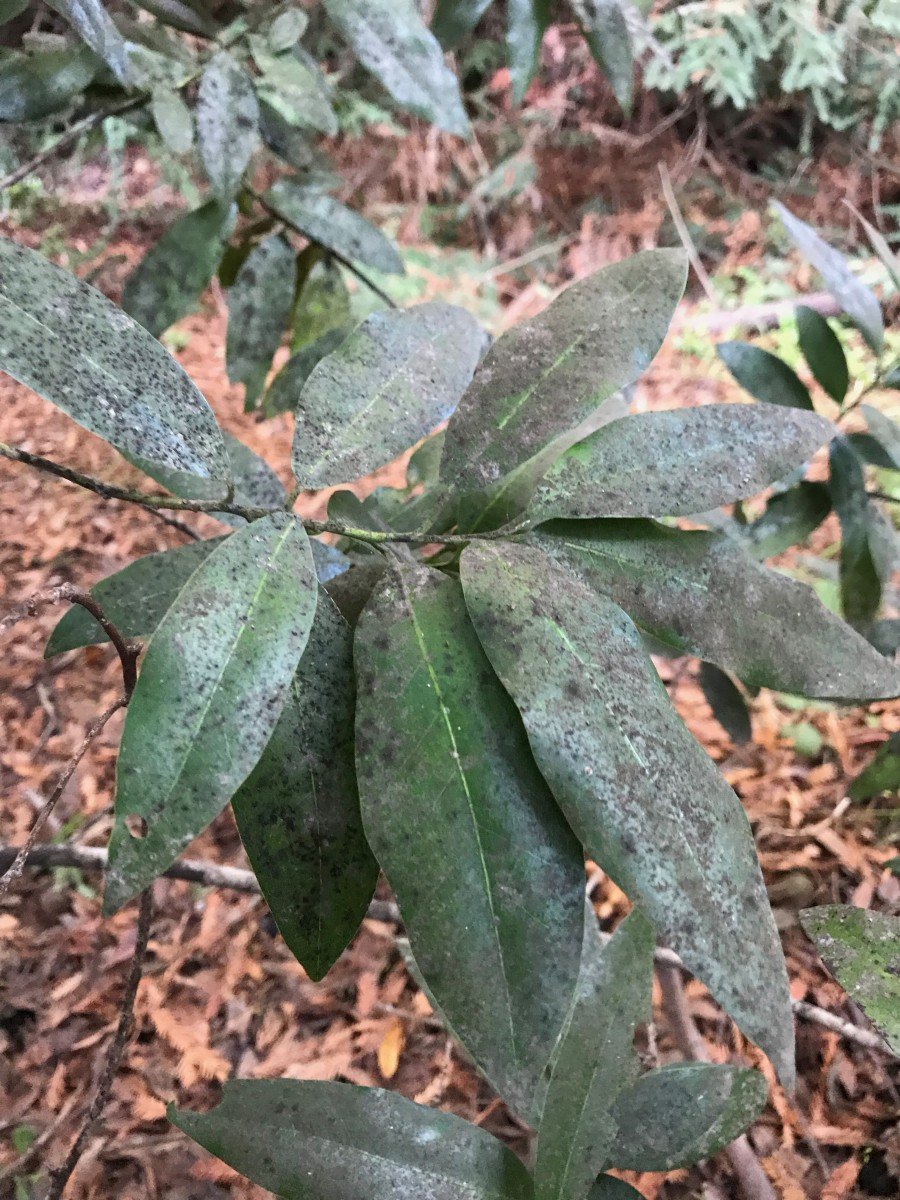 As we made our way into a forest, the types of things we foraged changed.

Caitlin took us by a medicinal bay leaf tree. Though this version is not to be used in cooking, like the bay leaves that so many people know and love, it does have application. Many people use broken leaves to reduce muscle pain and to wake oneself up. 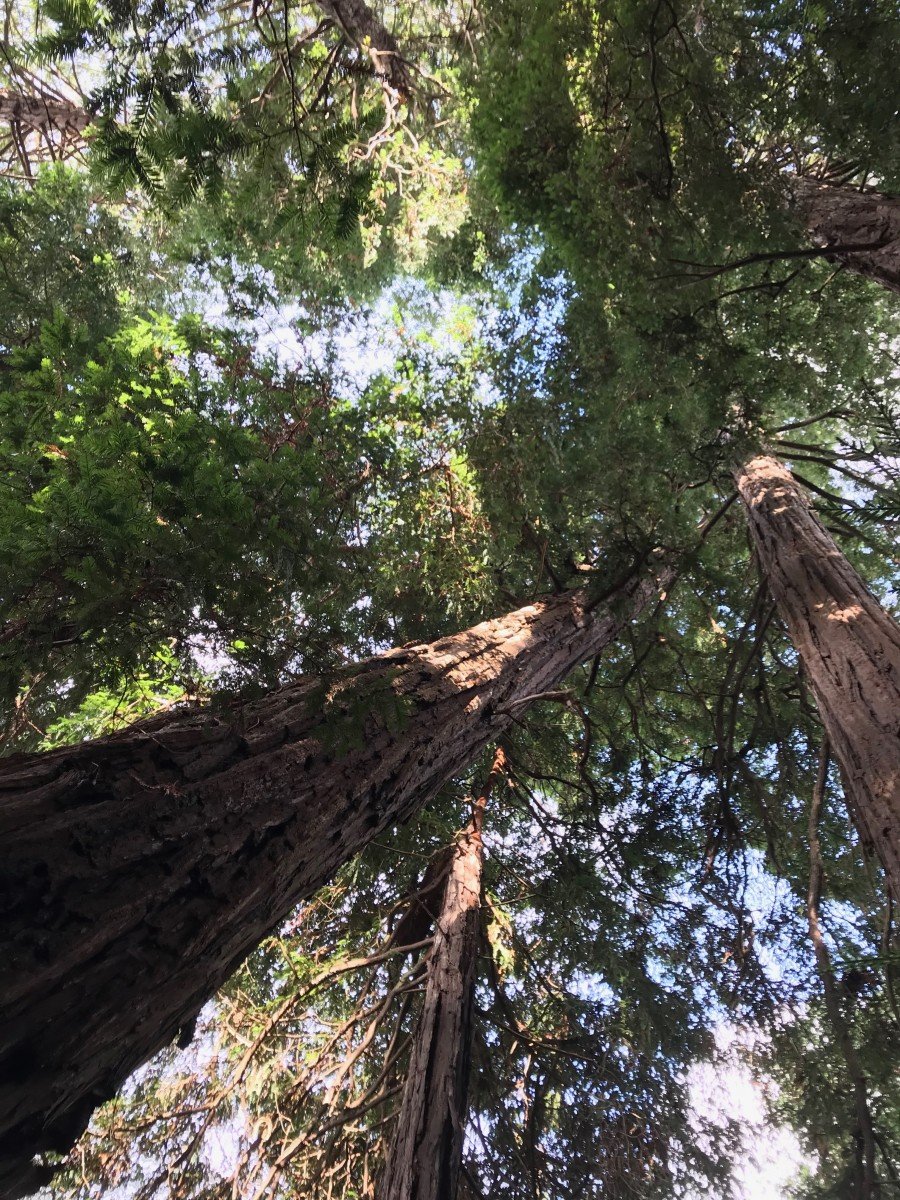 In Northern California, Redwood Trees dot the landscape. I was pleasantly surprised when Caitlin told us that we could also forage from this plant. She had us taste the young leaves of the tree which had a nice lemony taste. 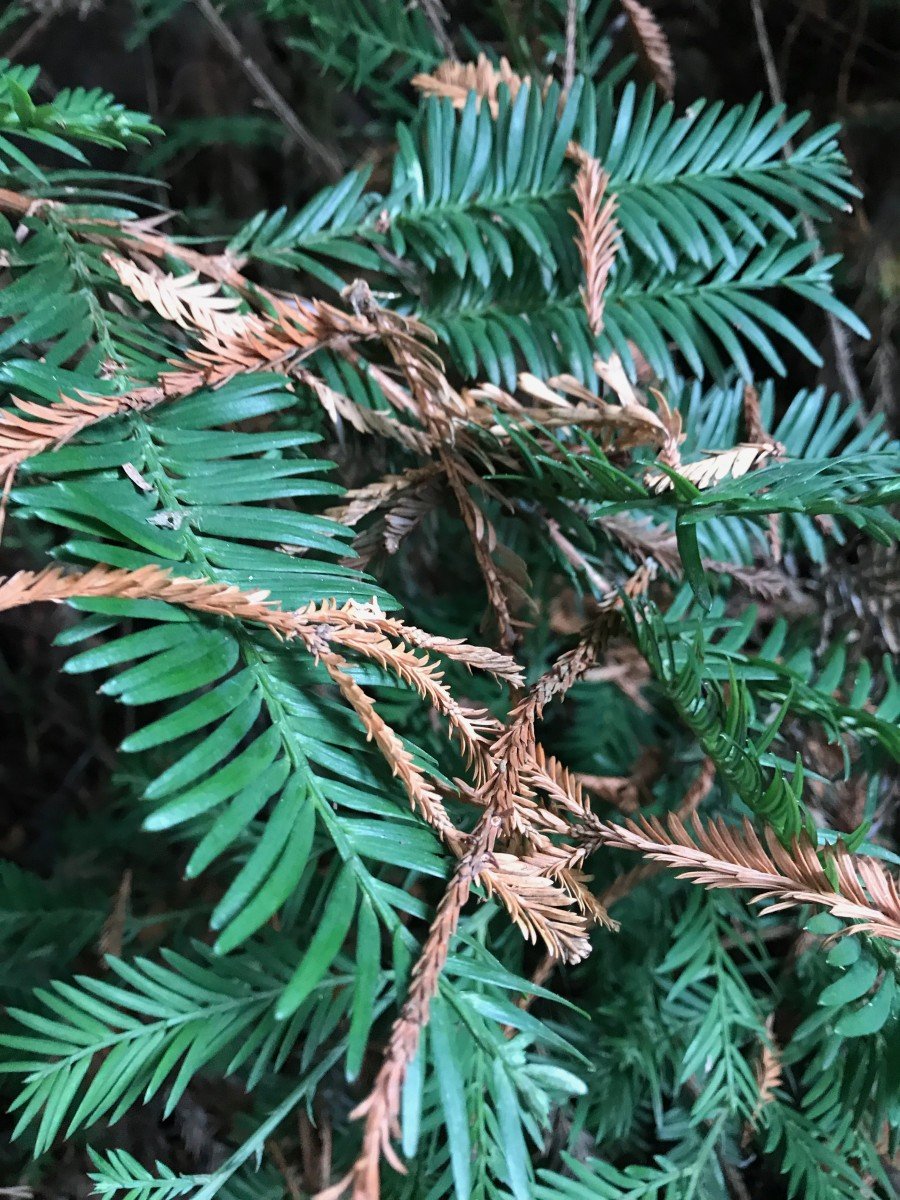 The leaves that we tried were lighter green in color. The darker green leaves are older ones which we mostly avoided. 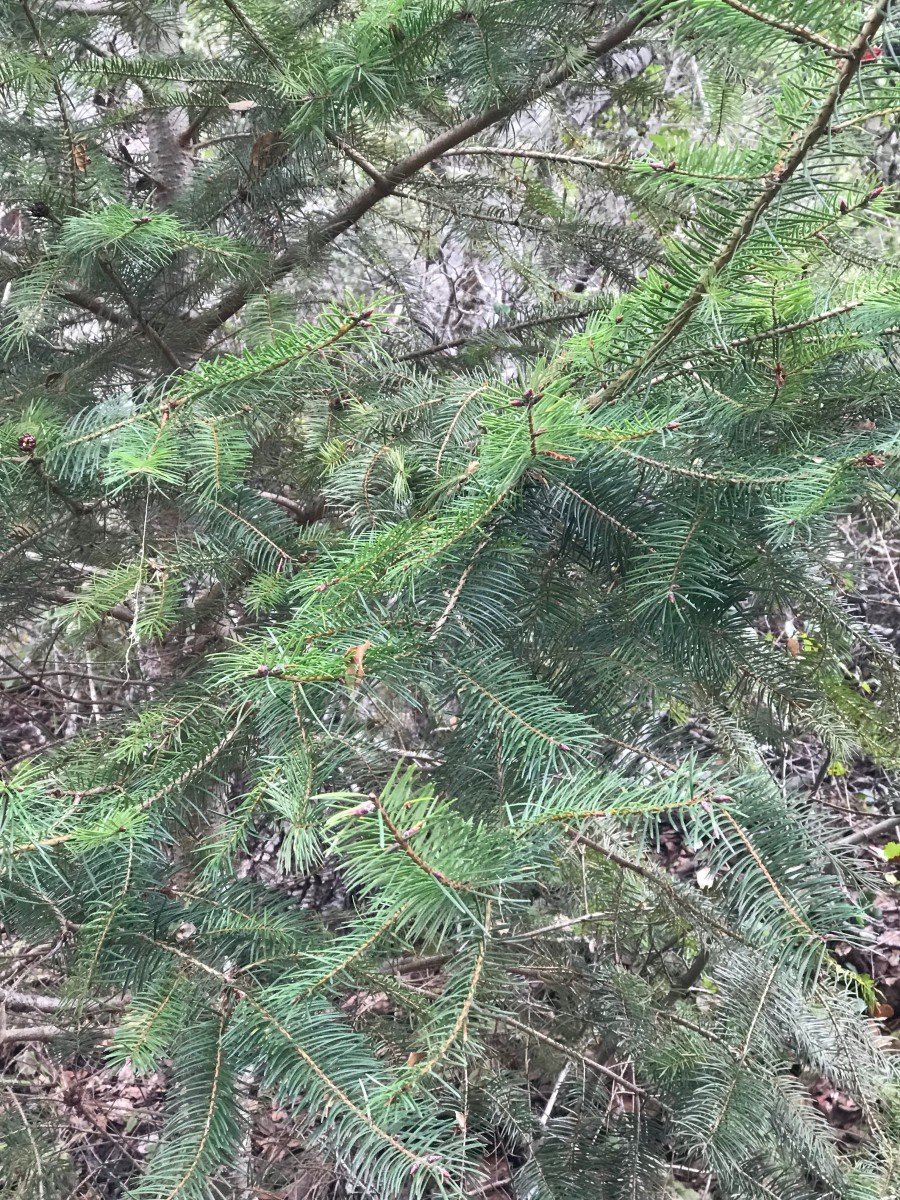 Heading up a hill, we came across a Douglas Fir tree. Not surprisingly, at this point, Caitlin stopped us to enjoy a needle from this tree. Much like the Redwood Tree, it had a citrusy taste to it.

One of the things I wanted to see on the hike was mushrooms. We were pleasantly surprised why Caitlin pointed out theses mushrooms on the side of tree bark. These mushroom are called Turkey Tail. They didn’t look as vibrant as they do in pictures, but it was still cool to see them. 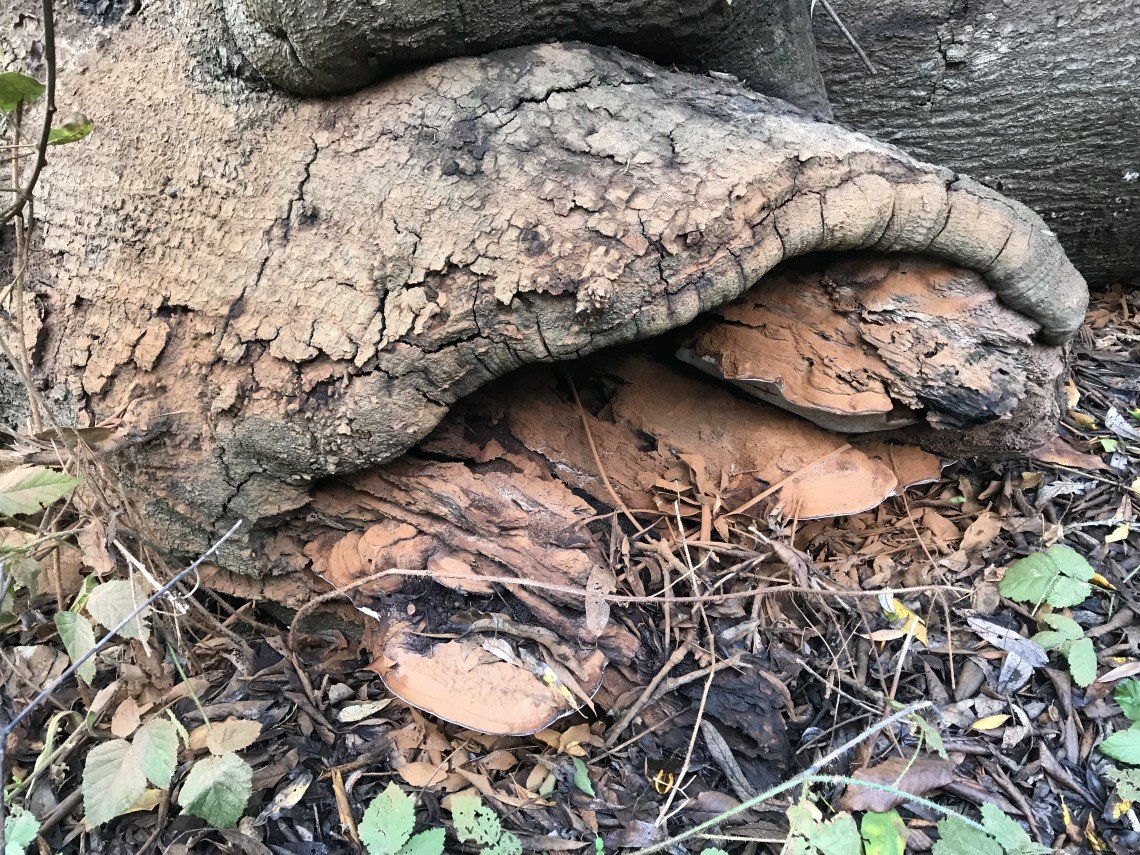 The world of mushroom foraging is so interesting. This mushroom is called Artist’s Conk. It takes its name as a medium of artists to draw on and with. 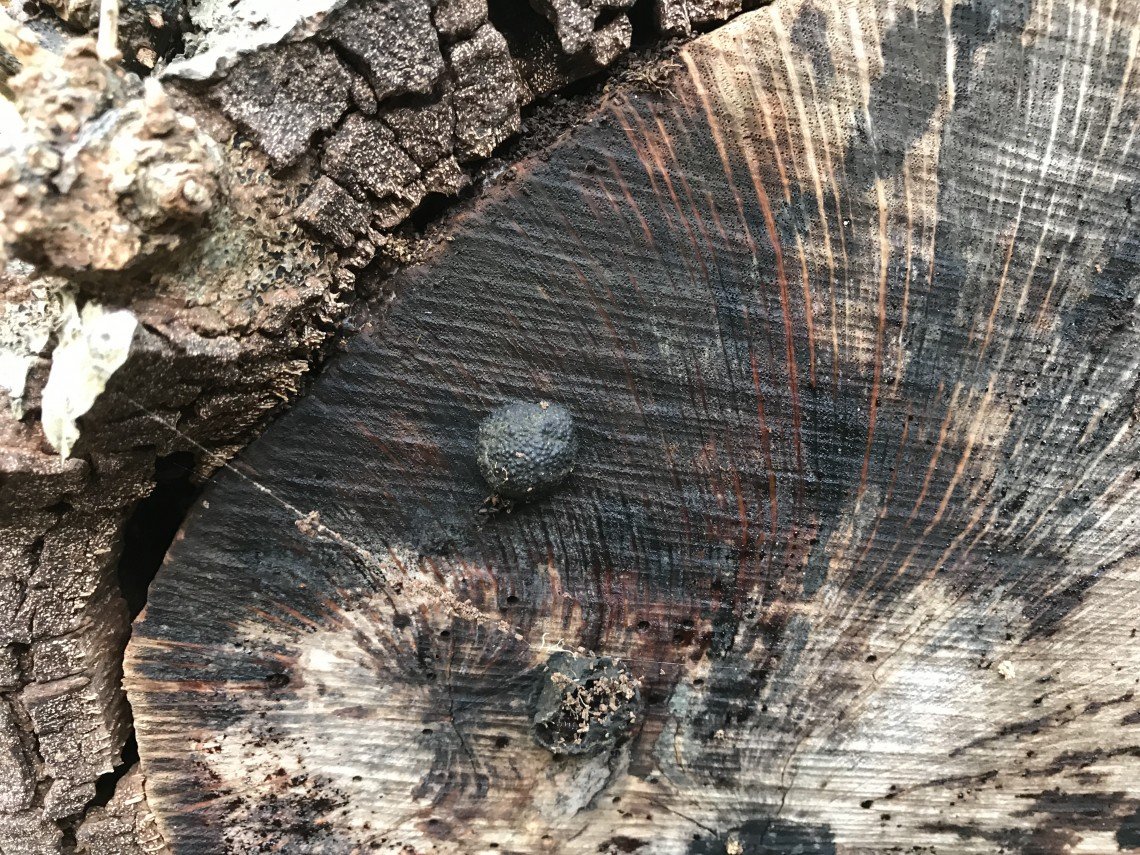 When in this forested area, there were a few other mushrooms that Catlin pointed out including this little black nub that natives used to harvest and light on fire for a very long-lasting ember. 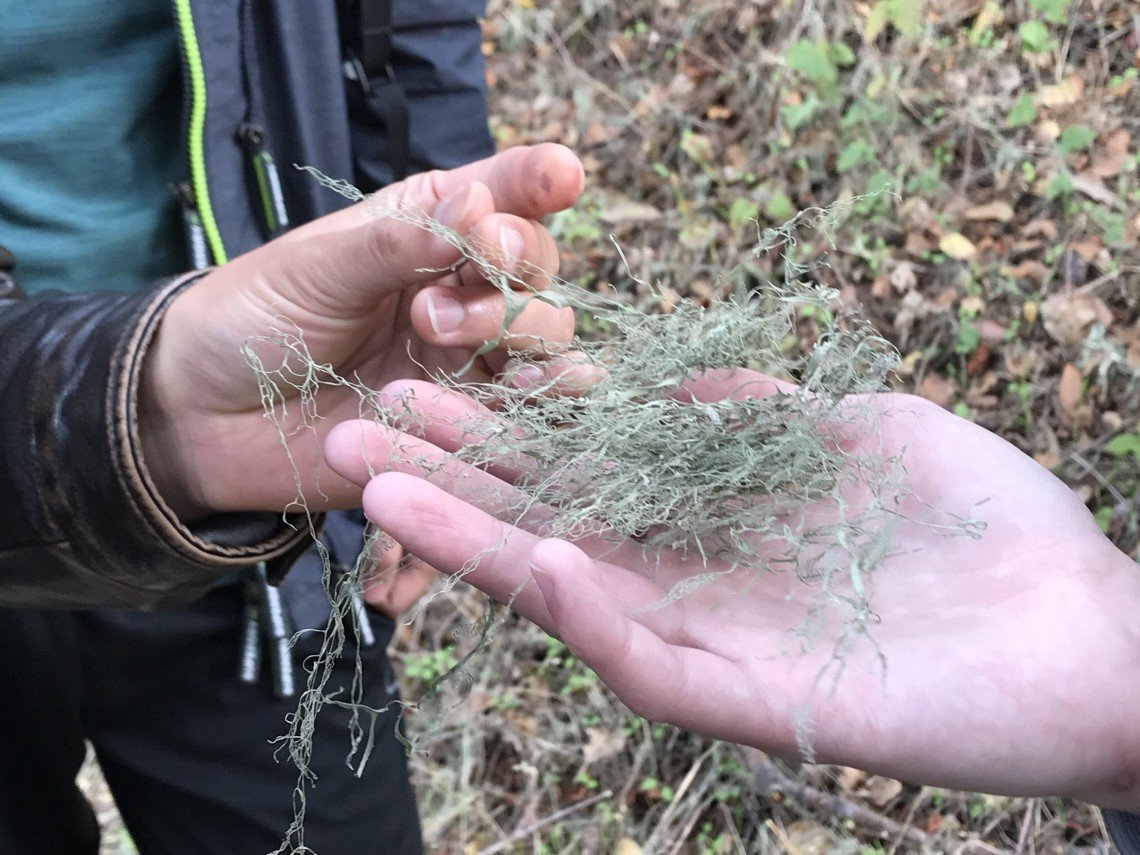 In the trees we found some of that moss that local people would use, in addition to Plantain, as bandages. 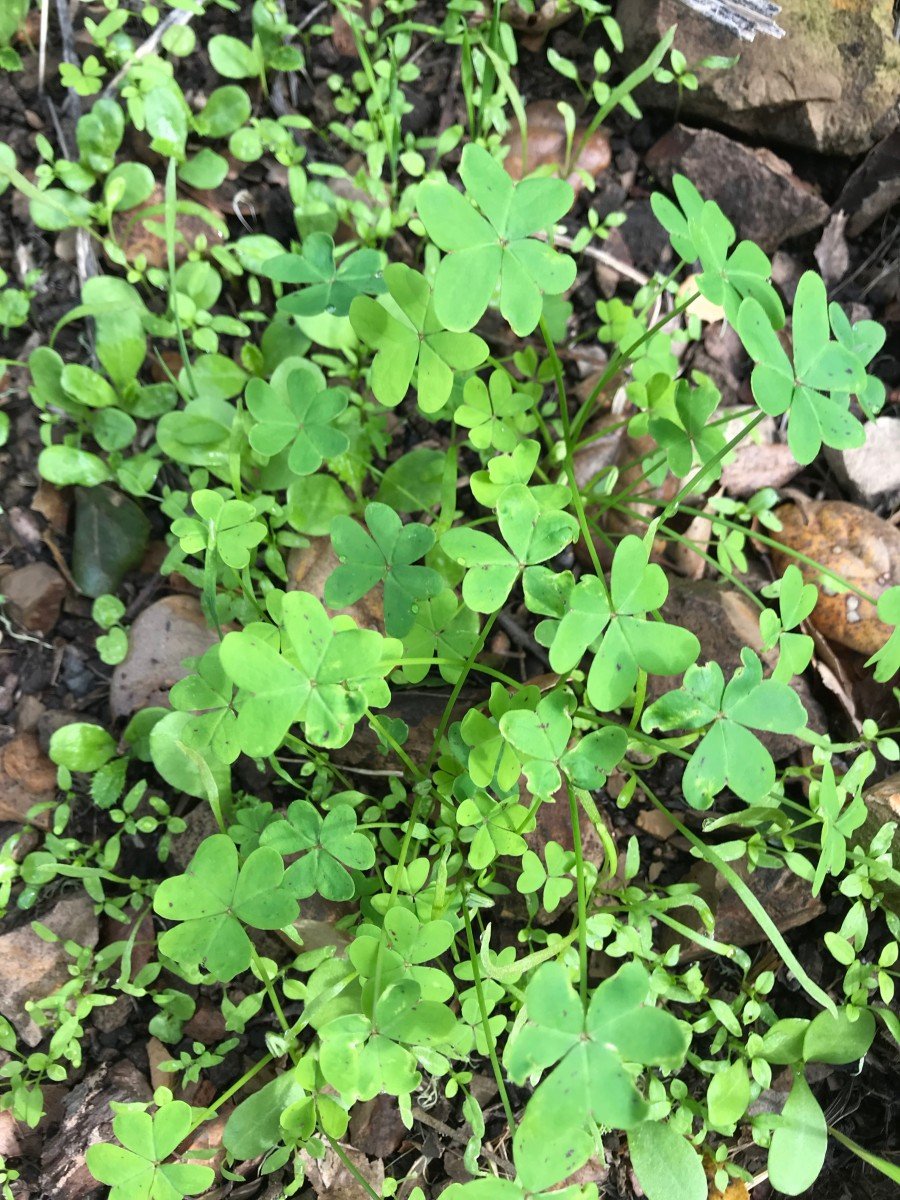 Growing up in Los Angeles, I didn’t have too much experience with this next plant, but many of my friends did. This plant is Common Yellow Woodsorrel, also known as “Sourgrass.” The leaves and stems are sour  to taste. 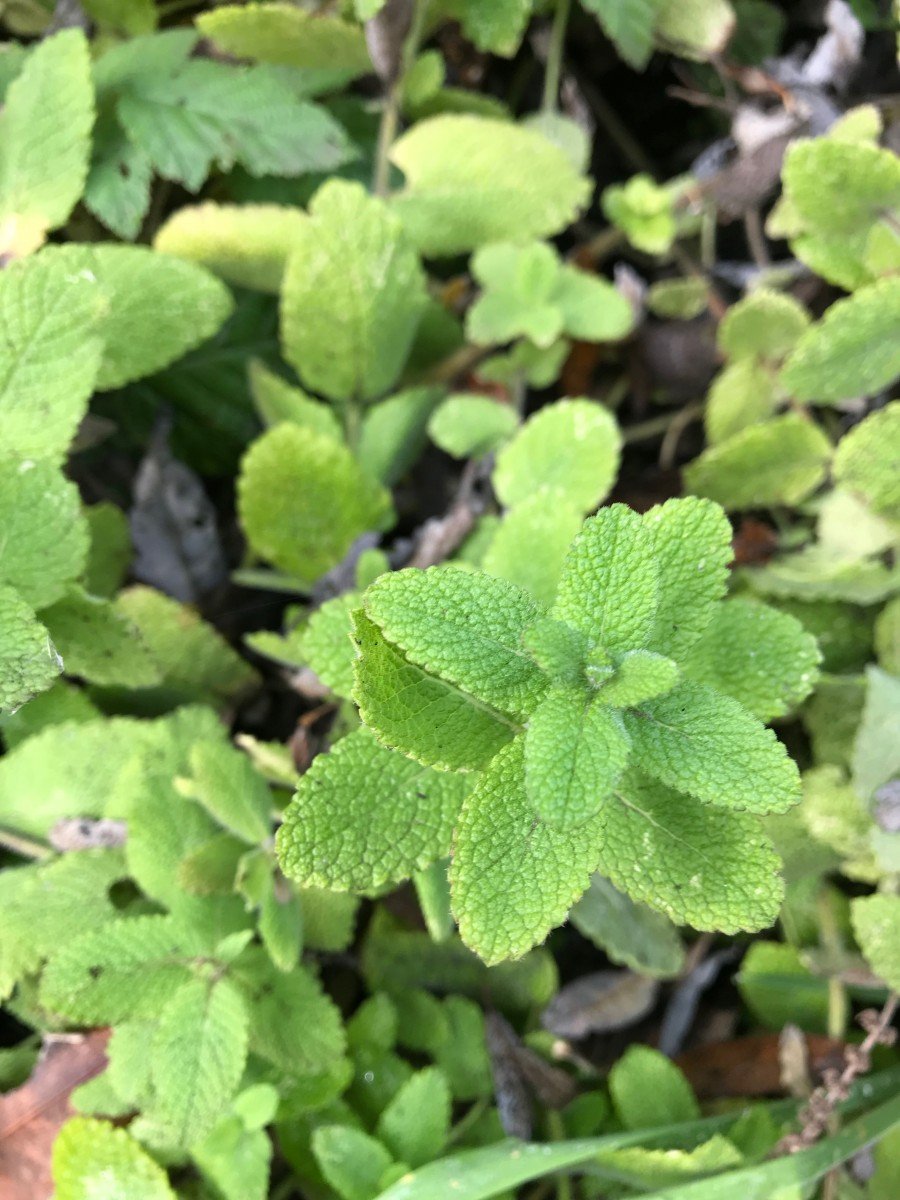 As we looped back onto our main trail and headed to our cars, we saw some Lemon Mint. The taste is exactly like it sounds, lemon with a hint of mint. I can see using this in many dishes to freshen up the flavor.

With how much we were learning and feasting, time flew by. Soon enough we were back at the bakery were we had started and said our goodbyes.

If you have a chance to join Caitlin for a tour, do so. She was an amazing host and teacher. For me, this small interest in learning more about urban foraging turned into a much greater appreciation for the natural environment around me. I have no doubt that she’ll be able to connect you with the nature just the same.

If you do visit Caitlin, don’t hesitate to let her know that I sent you!

PS: If you’re interested in books on foraging, there were a few that were recommended. Most of these are for foraging in California and foraging for mushrooms, but they’re still good to resources to have. Note, that these are affiliate links (I receive a small commission if you order through them at no additional cost to you):