Growing up, I had fond memories of traveling through the Pacific Northwest. For long, I had wanted to make the journey up to take in more of the sights, sounds, and flavors of the area. I was recently able to stop by the self-proclaimed weird city of Portland.

One of the highlights of my trip was checking out the Japanese tea garden in Portland.

The Portland Japanese Garden is 12 acres of meditative beauty nestled in Washington Park—due west of the downtown Portland area. It’s considered by many, including Nobuo Matsunaga, the former Ambassador of Japan to the United States, to be one of the most authentic Japanese gardens outside of Japan.

I arrived on a foggy day where much of the vegetation was glistening with the morning dew. 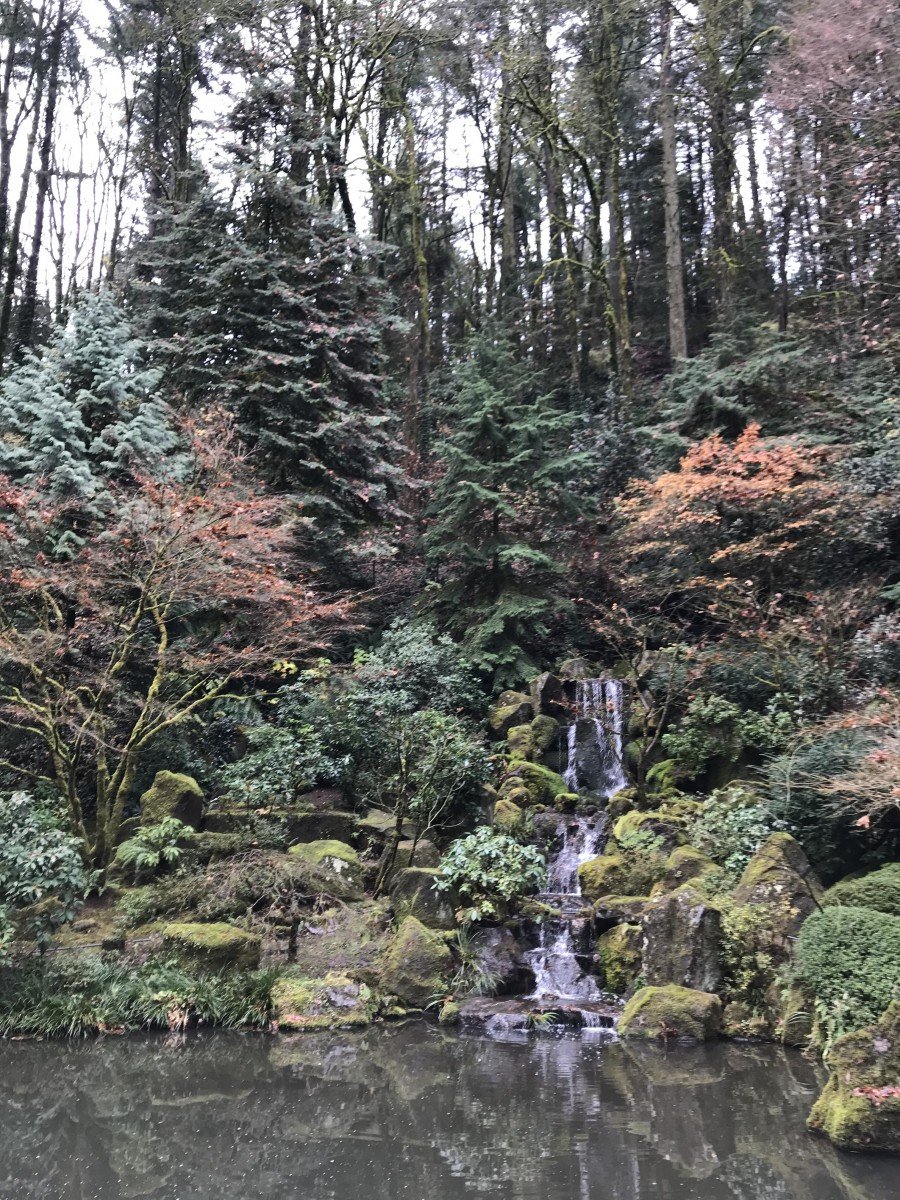 When you enter the garden, you’re immediately transported to another world—one distinct from the unique foodie and counter-culture of Portland. Here, eight different gardens take you on a contemplative journey where you’re able to see distinct seasons and experience tranquility. 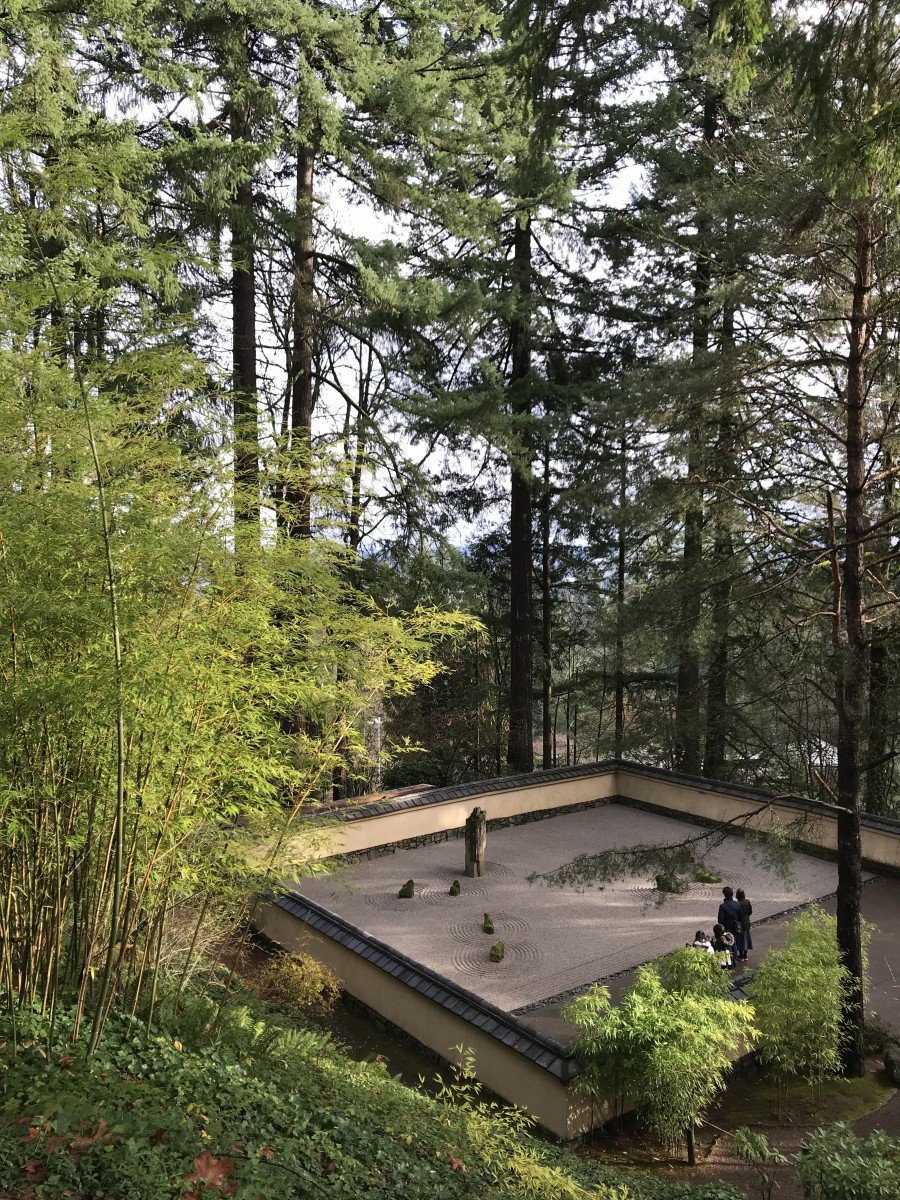 One of the coolest parts of the Japanese garden were sand and rock gardens. Here, stone is used to mimic islands rising out of the rippling water (created by sand). The striking contrast to the greenery around provided a unique opportunity to reflect. 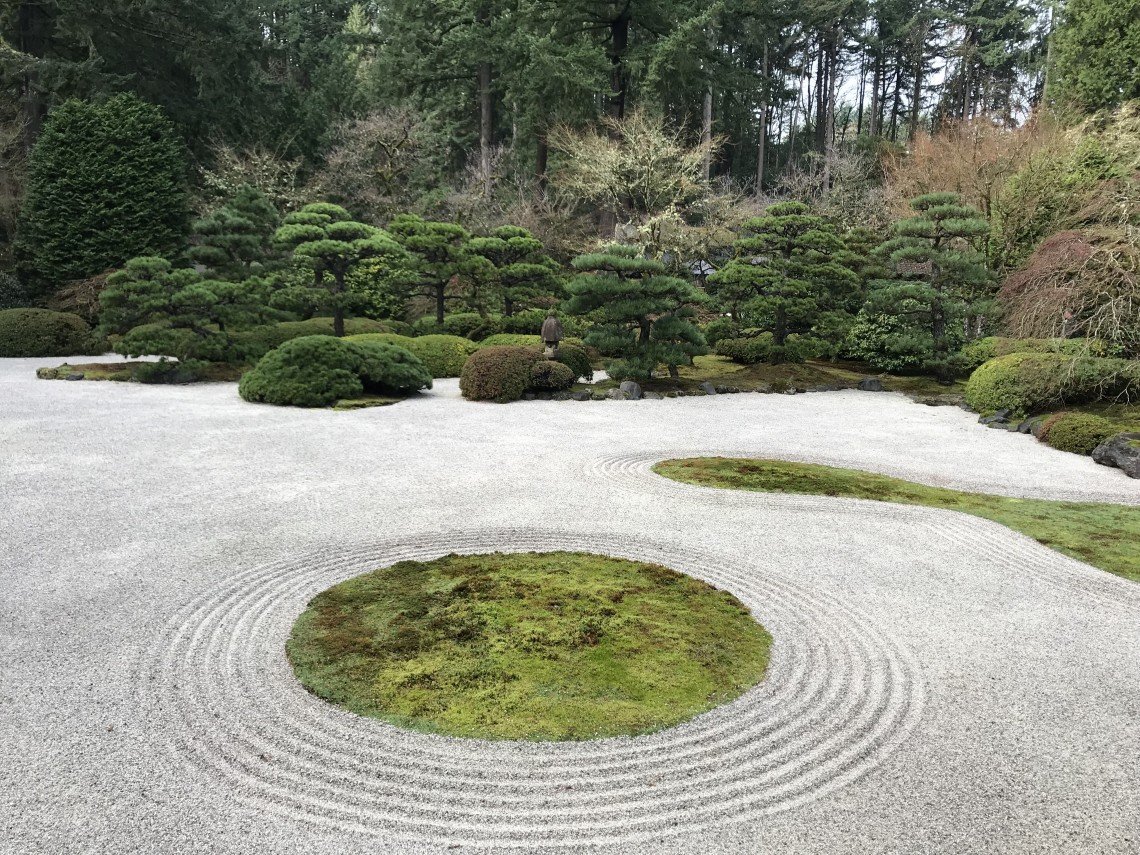 One of the largest of these rock gardens was located right outside of a Japanese pavilion featuring Japanese artifacts on display.

Neatly manicured paths take you from garden to garden, but it’s easy to get lost with just how big the property is. Each garden along the way, ranging from the Natural Garden to the Sand and Stone Garden feels unique as if each is aiming to provide focus and calm in a new way. 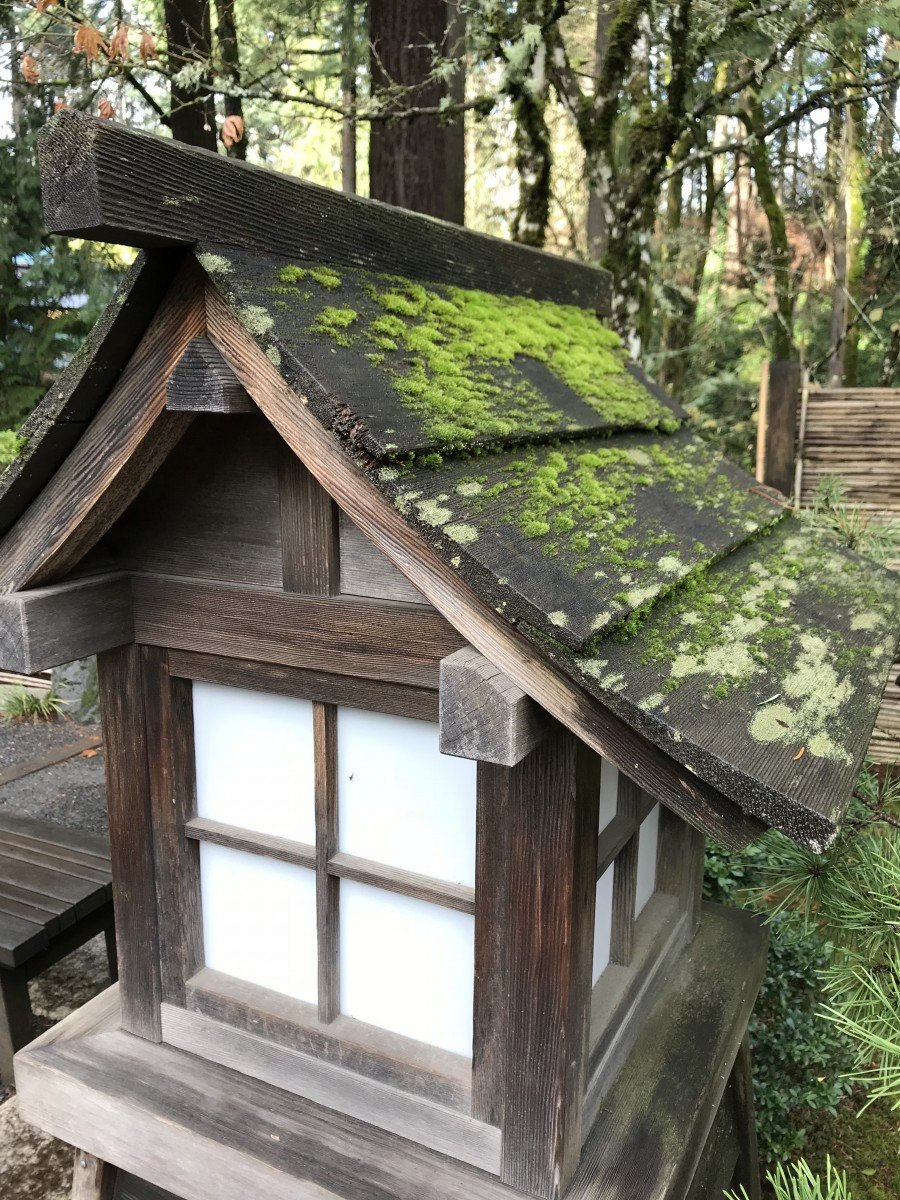 Because the Portland Japanese Garden has been around for over 60 years, many of structures, including this lantern show the wear of Nature slowly reclaiming what is hers. This adds to the beauty and peacefulness of the space. 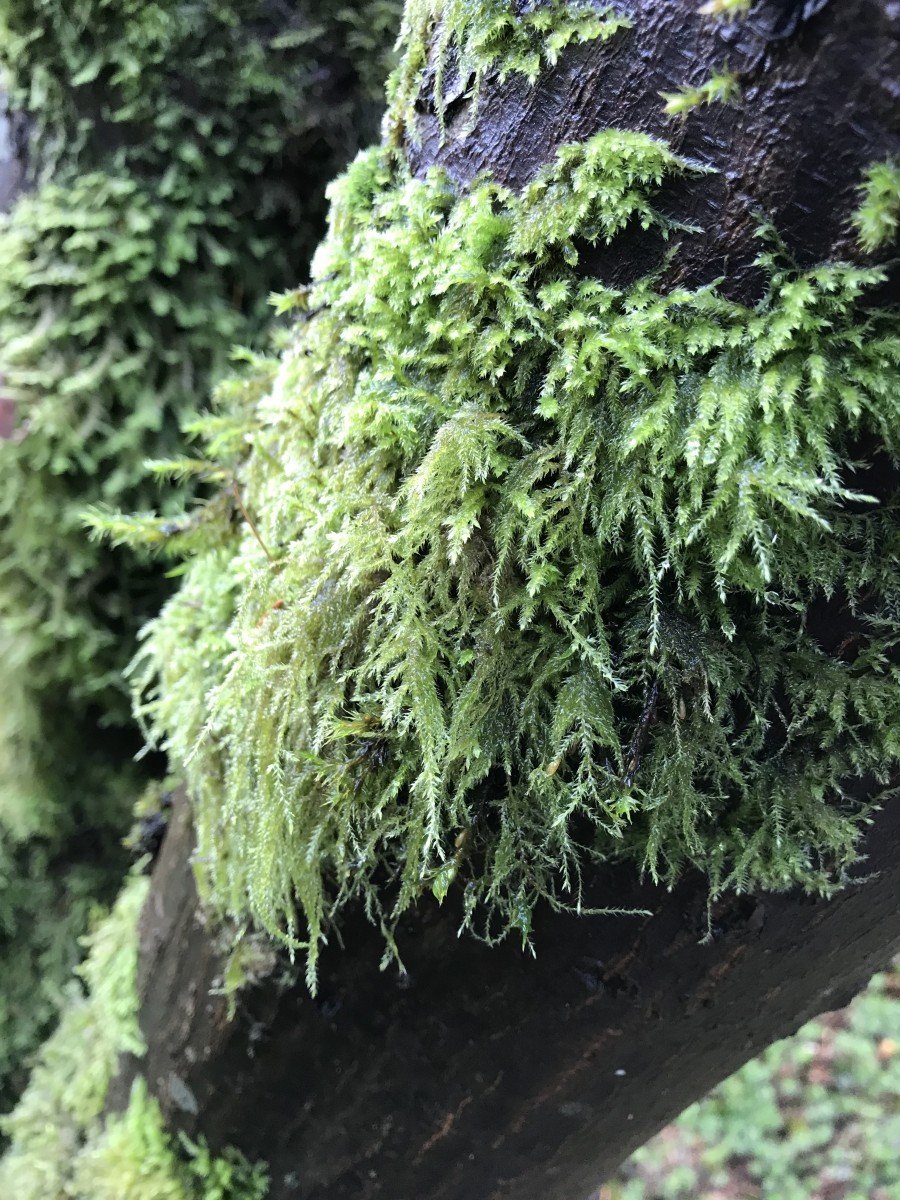 Being in the Pacific Northwest, there are dozens, if not hundreds of species of plants making their home in the Japanese tea garden. Some of my peaceful reflection focused on admiring the beauty of the plant-life along the way.

As it was autumn, there weren’t too many flowers in bloom. What flowers did manage to show up provided a bold contrast to the multiple shades of green around. 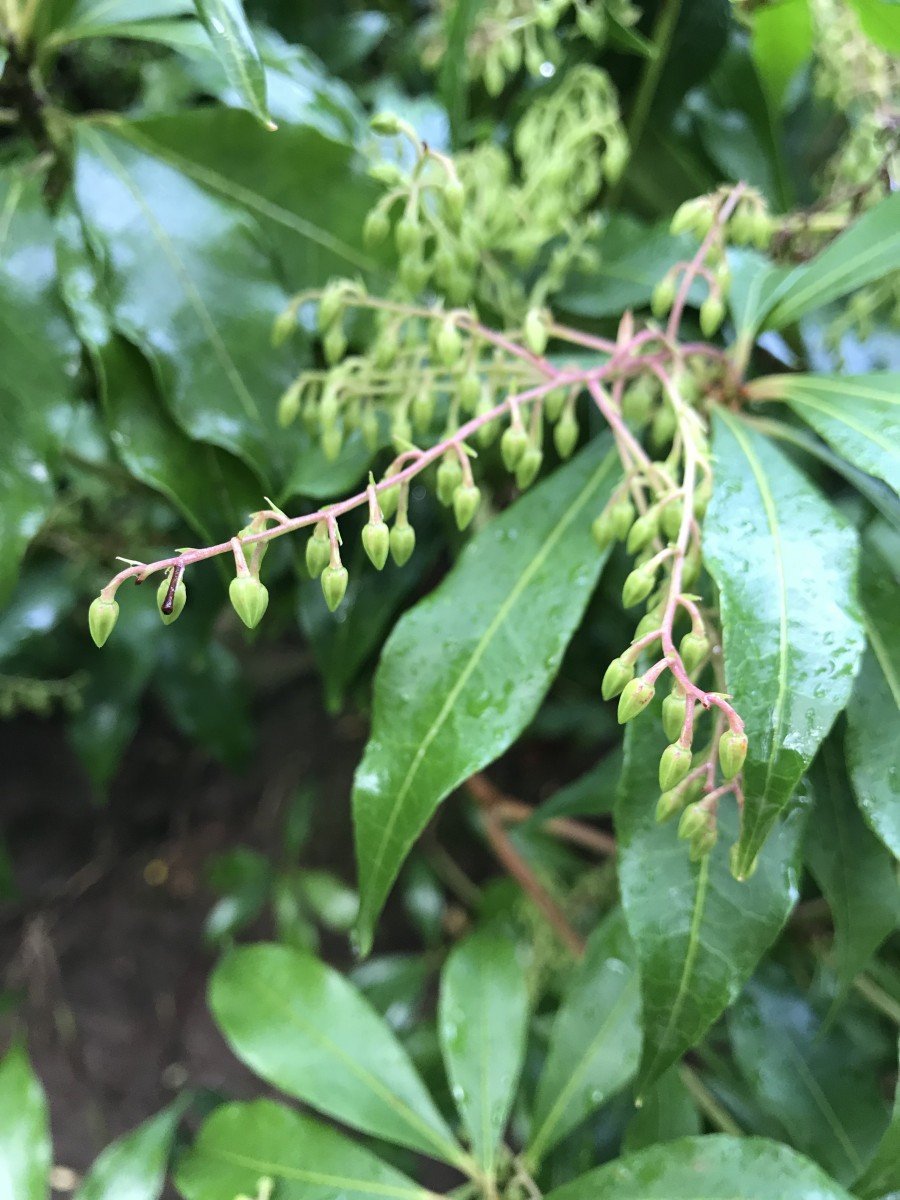 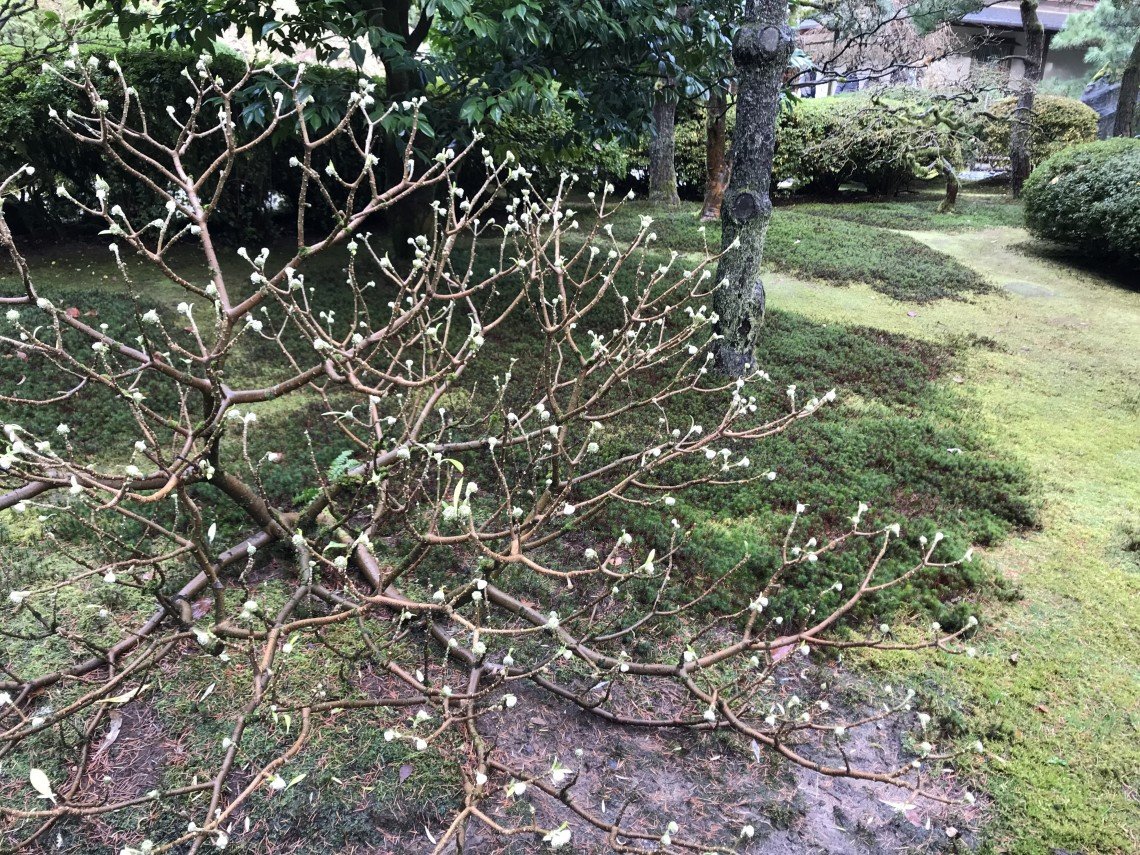 Many plants had blossoms that looked like they were waiting to bloom in warmer weather. 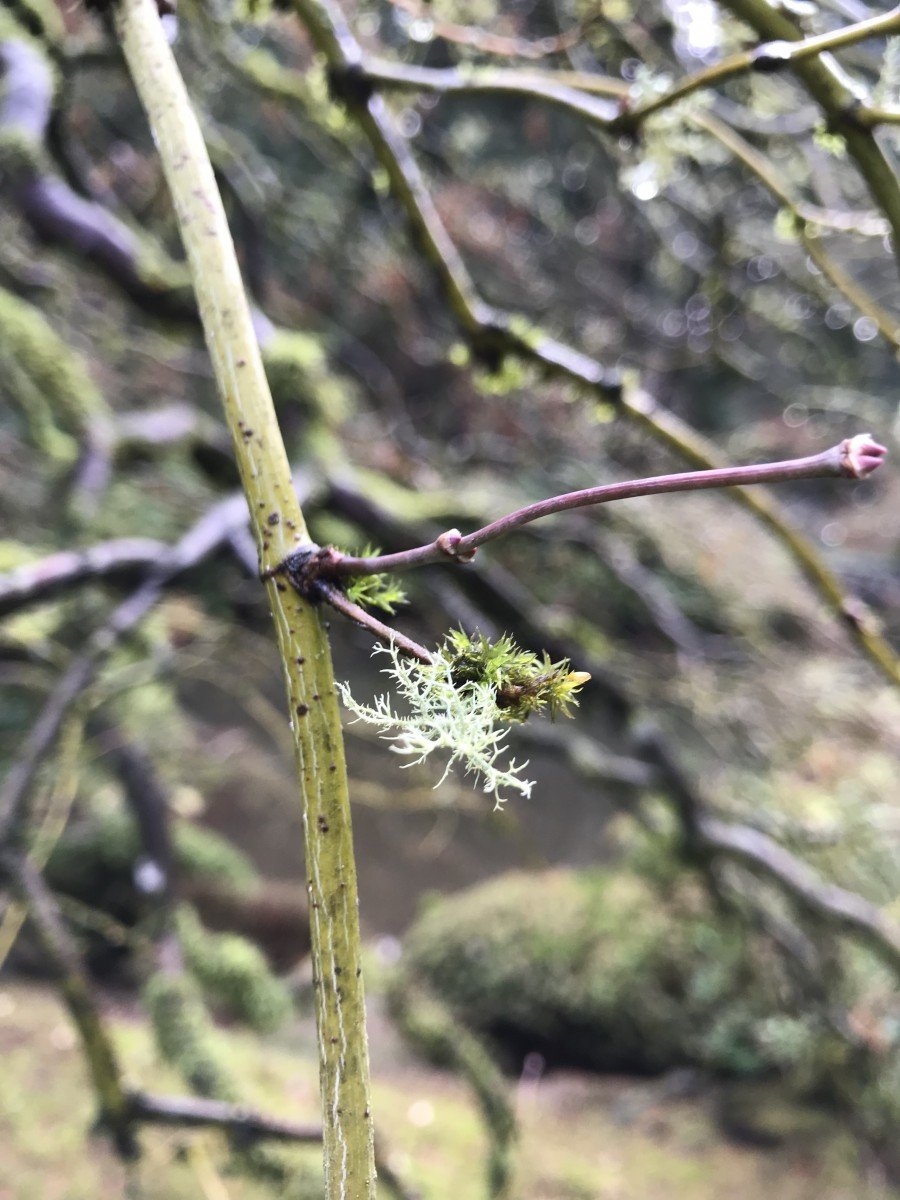 I love seeing moss in trees. It’s always so curious to me that something can live and thrive separate from the ground below. 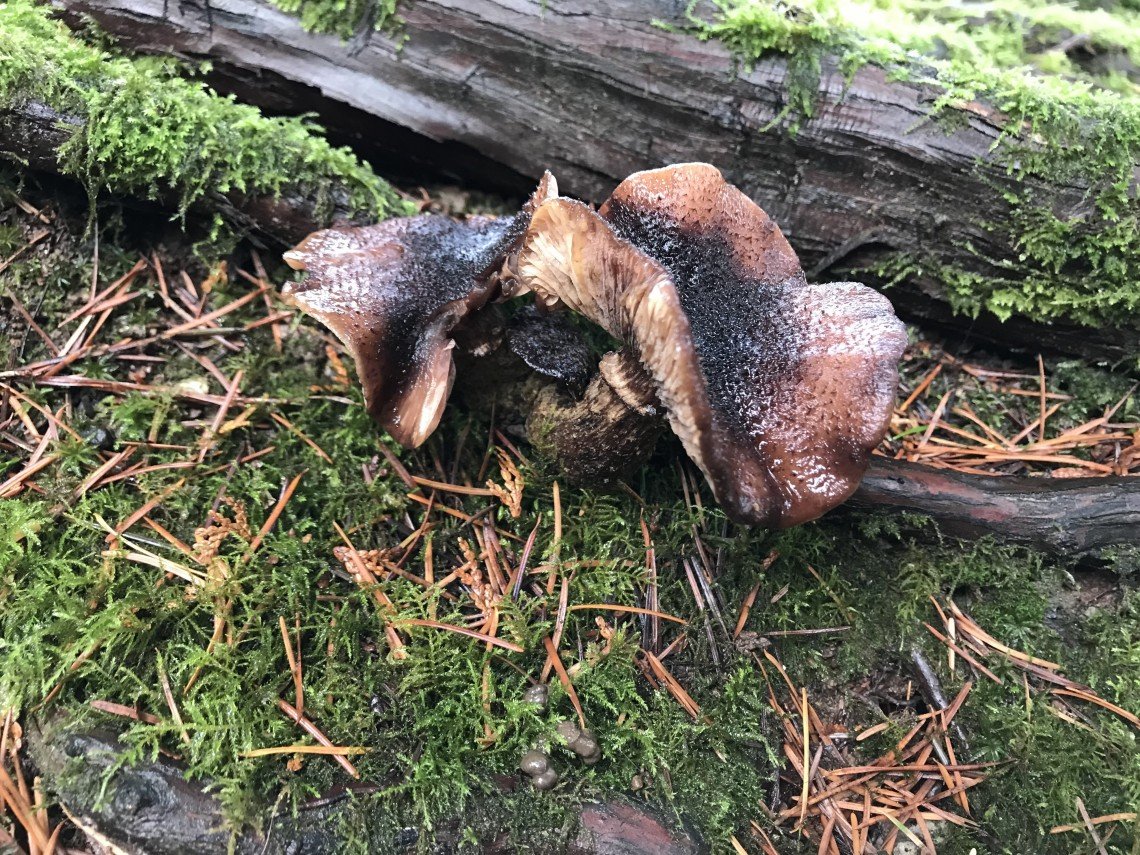 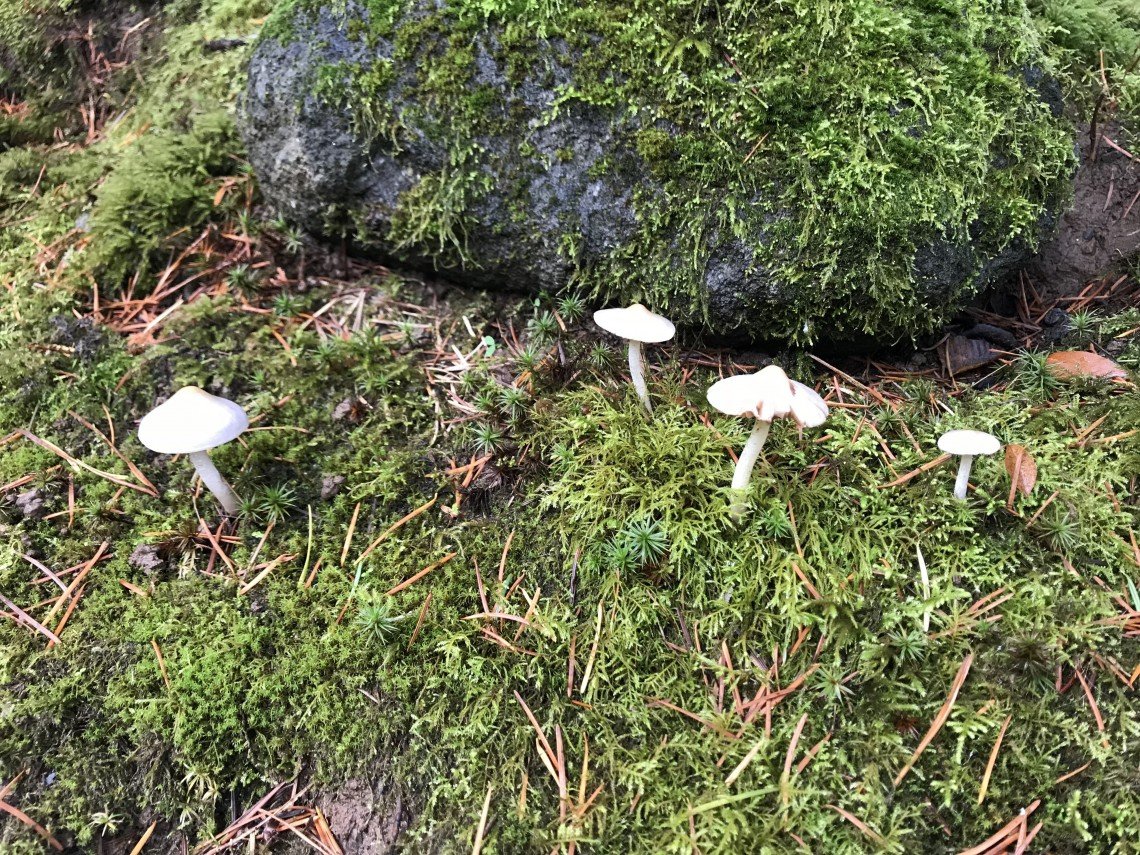 Probably not too surprising that I was able to spot a few mushrooms poking their way through the substrate. 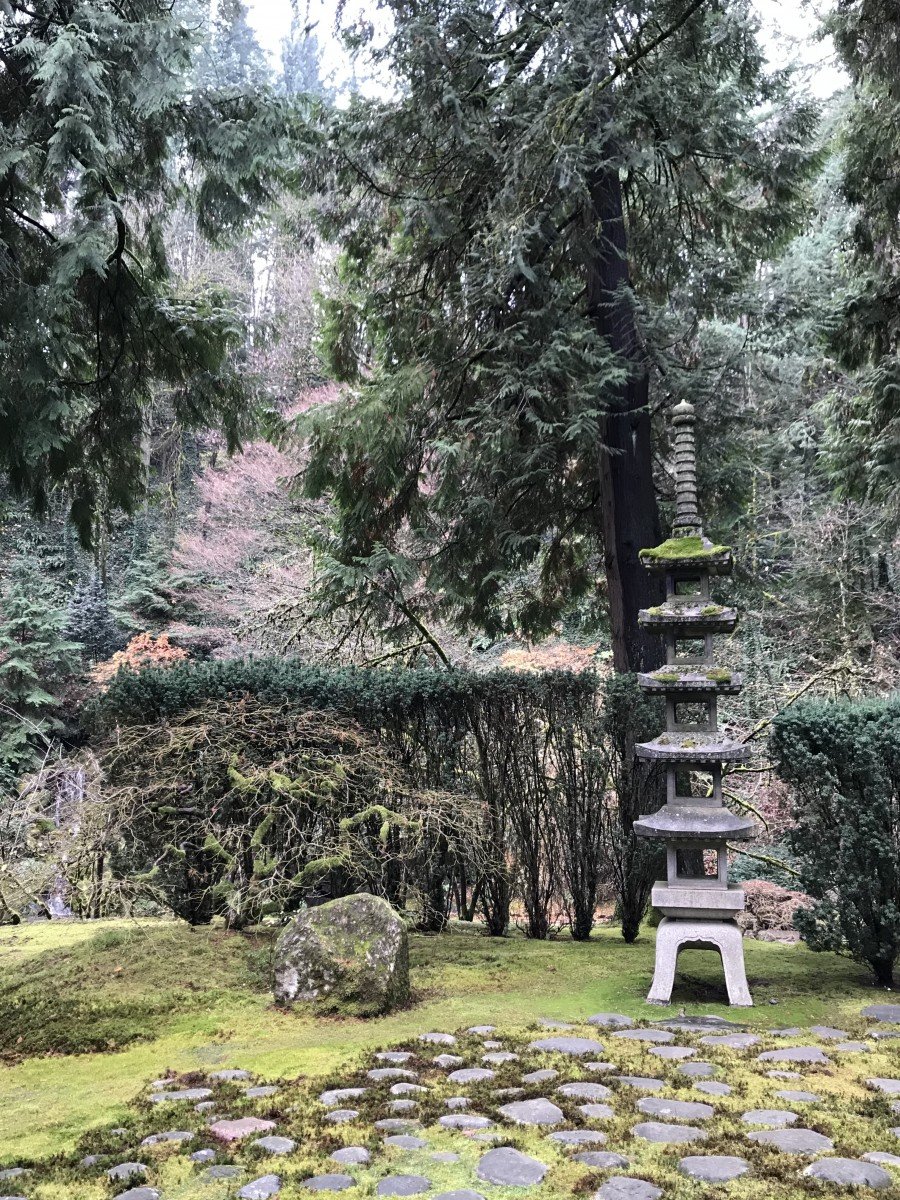 I’m not entirely sure if it’s this one, but supposedly there is a 100+ year old pagoda that was given as a gift to the Portland Japanese Garden. 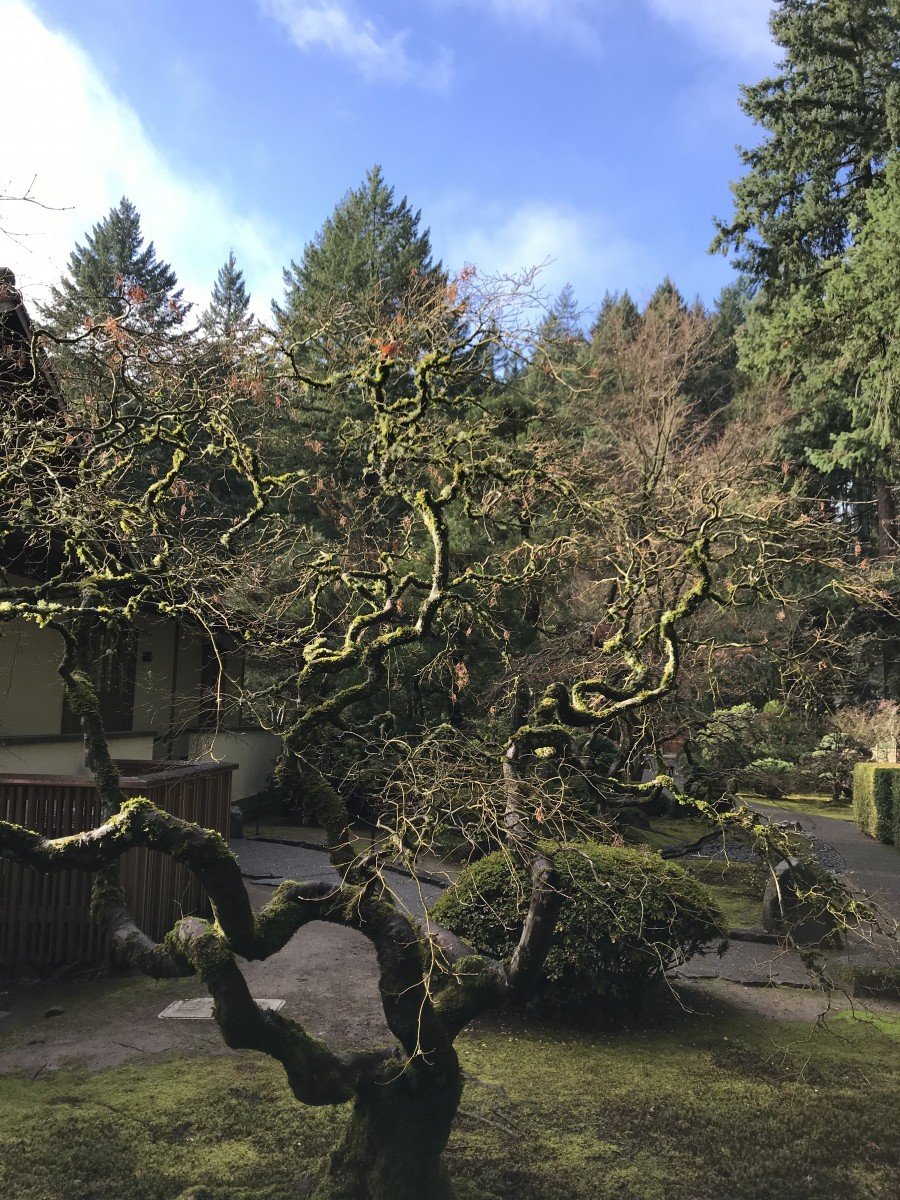 As we were about to leave, the sun started to come out. The way the sun made everything in the garden light up in warm, glistening color. I thought the garden was beautiful before, but this warm glow on the garden below was icing on the cake. 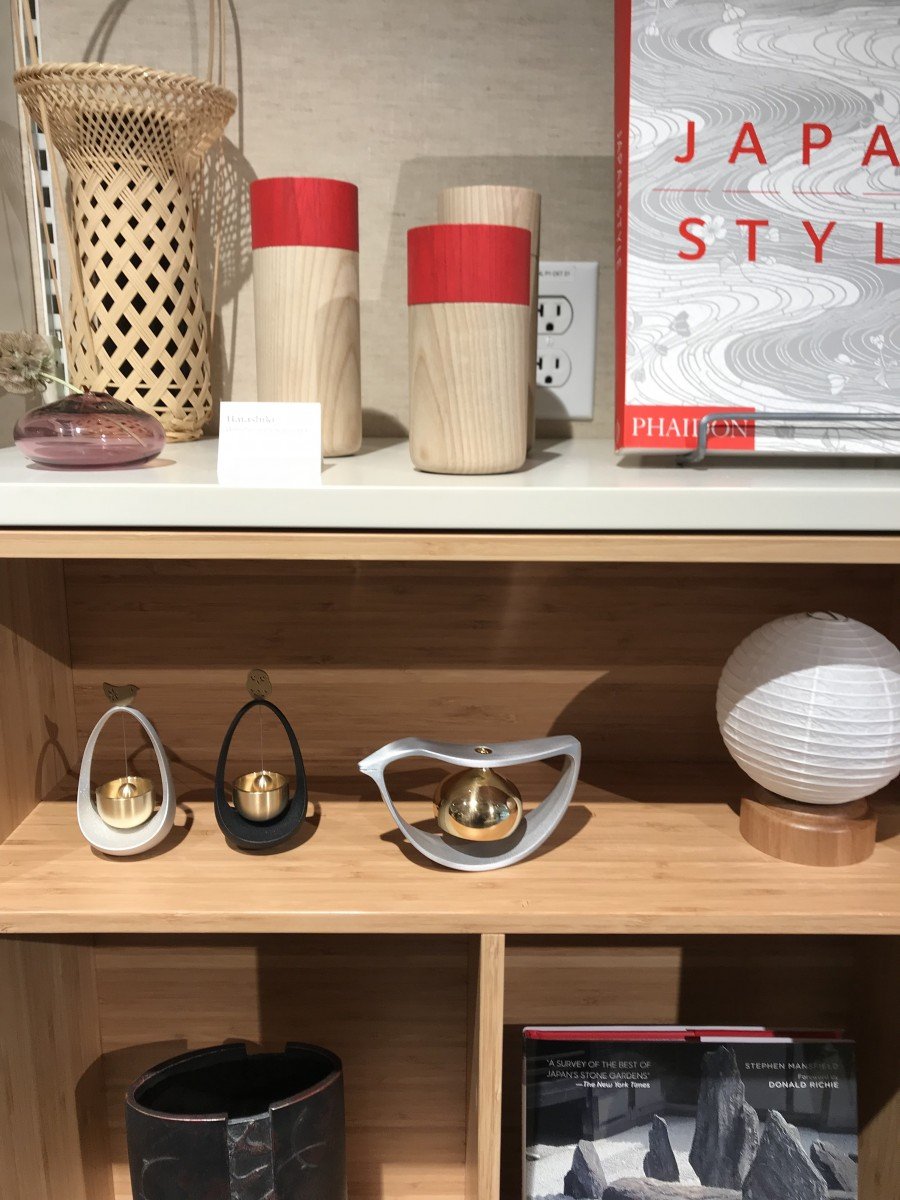 For anyone that’s interested, the Portland Japanese Garden has a fun little gift shop with a variety of Japanese and Japanese-inspired items for purchase. We spent a few minutes here before heading onto our next adventure.

Unlike many of the Japanese gardens I’ve been to that showcase an idealized (and sometimes adulterated) vision of a Japanese garden, this garden feels much more authentic. It’s a refreshing sight to behold in the middle of an otherwise quirky city.