Coming from a city where the car reins supreme, Los Angeles, my first experience with public transit was eye-opening. In The San Francisco Bay Area, I was surprised just how many people used the bus, trains, ferries, light rail, and trolleys to get around. Having traveled to New York and Taiwan, I can’t help feel a little envious about what others have abroad.

The public transit system in the US, even in New York, doesn’t begin to compare to the Taipei Metro (also known at the MRT) in Taiwan.

Everything is so efficient and clean. Moreover, because of the fact that so many people use the MRT system (臺北捷運 / tai bei jie yun), the stations have developed into shopping districts aimed at providing most anything anyone would need on their way to and from work.

Here are a few observations from exploring the various stations: 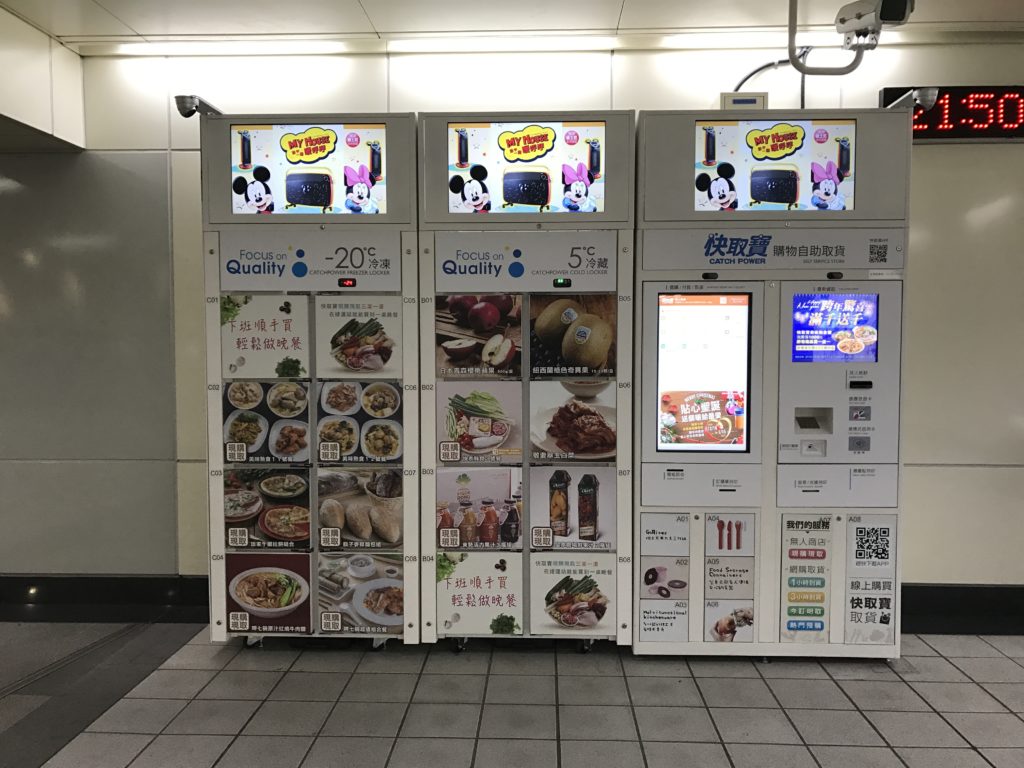 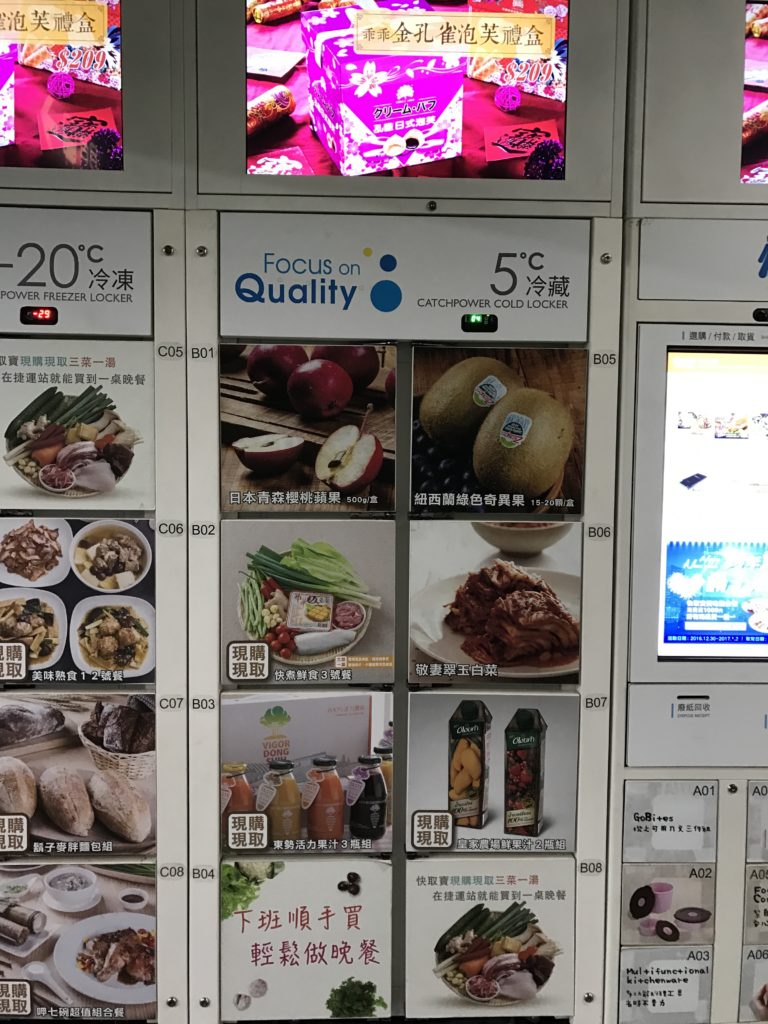 Need quick groceries for dinner? These cold lockers have got you covered. Just key in what you need, pay, and you’re good to go! 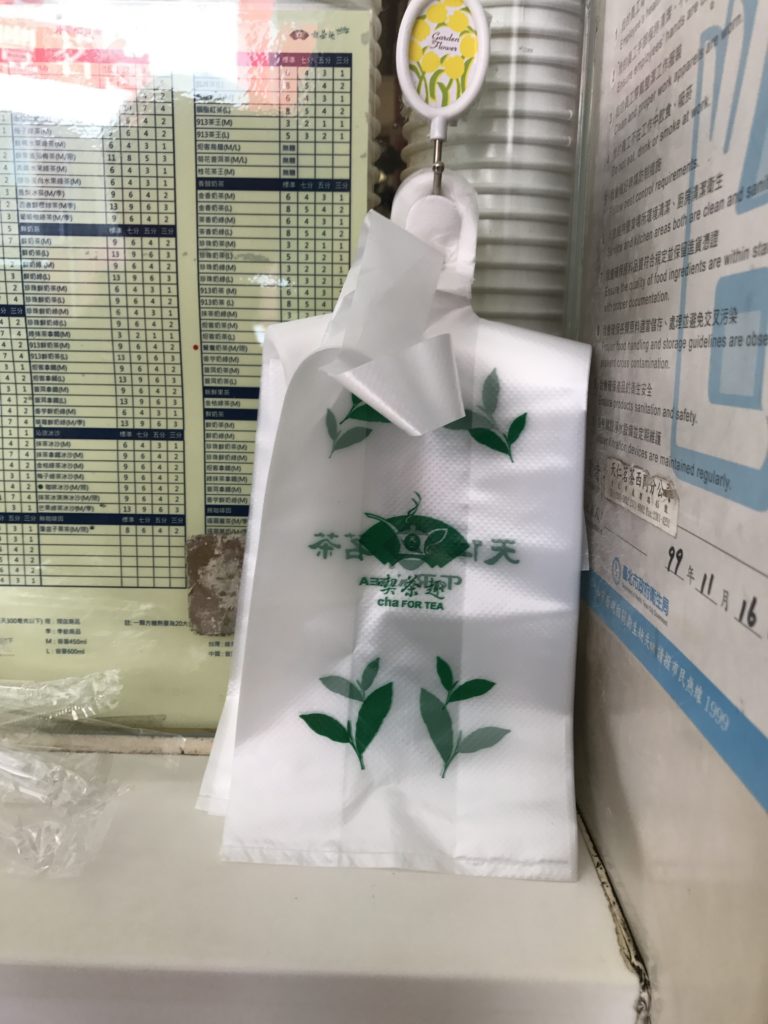 Drinks and food are not allowed to be consumed in the paid fare areas. It’s for this reason that most boba shops will offer you bags to show that you’re holding and not consuming your drink. 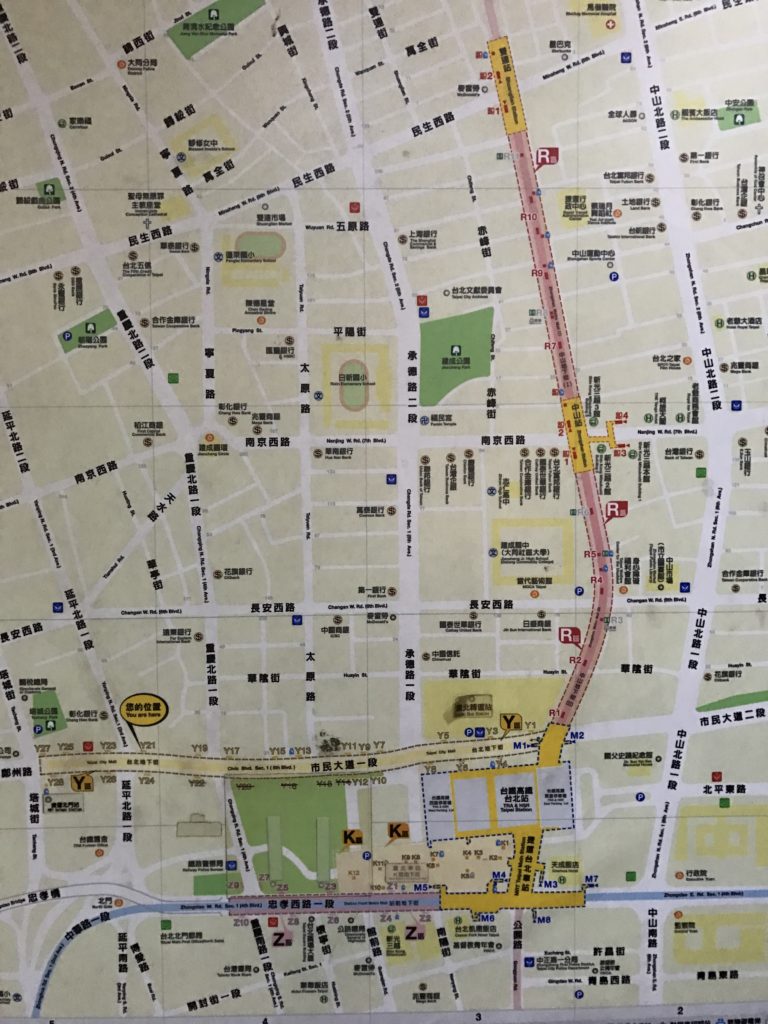 Taipei Main Station (台北車站 / tai bei che zhan), located at the intersection of the red (Tamsui-Xinyi) and blue (Bannan) lines, is the main hub of the transit system. Here, a variety of lines merge outside of the MRT including bus lines, train lines (臺鐵 / tai tie), and high speed rail (高鐵 / gao tie).

Taipei Main Station is also host to the Taipei Metro Underground Mall (台北地下街 / tai bei di xia jie). It’s a huge mall that spans multiple stations. In the map above, the mall consists of most of the dotted areas. The view from below looks like this, with shop after shop offering all kinds of wares, trinkets, food, and gifts. 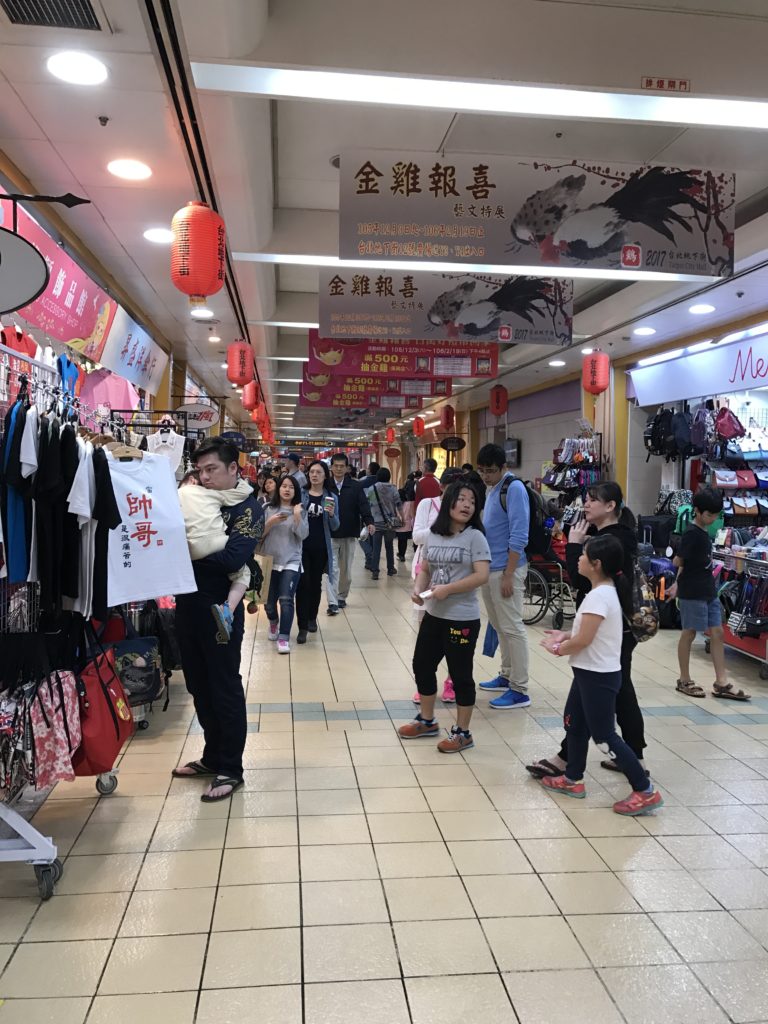 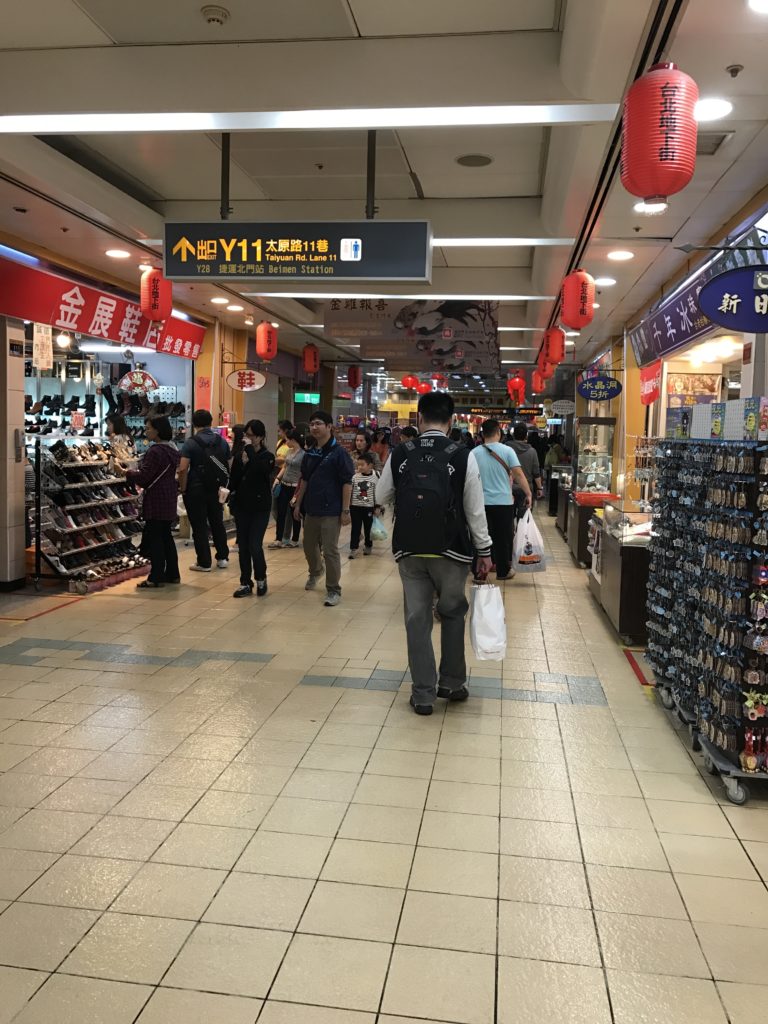 Because the underground mall is so large, letter and number combinations allow you to easily figure out where you were should you need to surface. 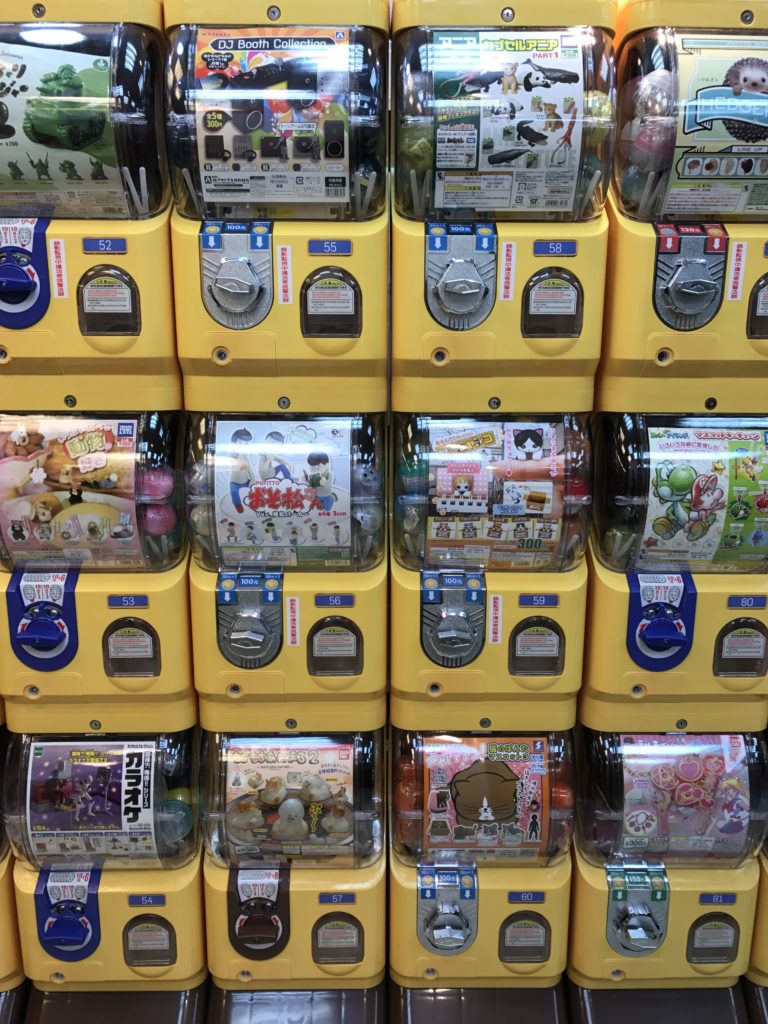 Like many other parts of Taiwan, gachapon machines are a big deal. 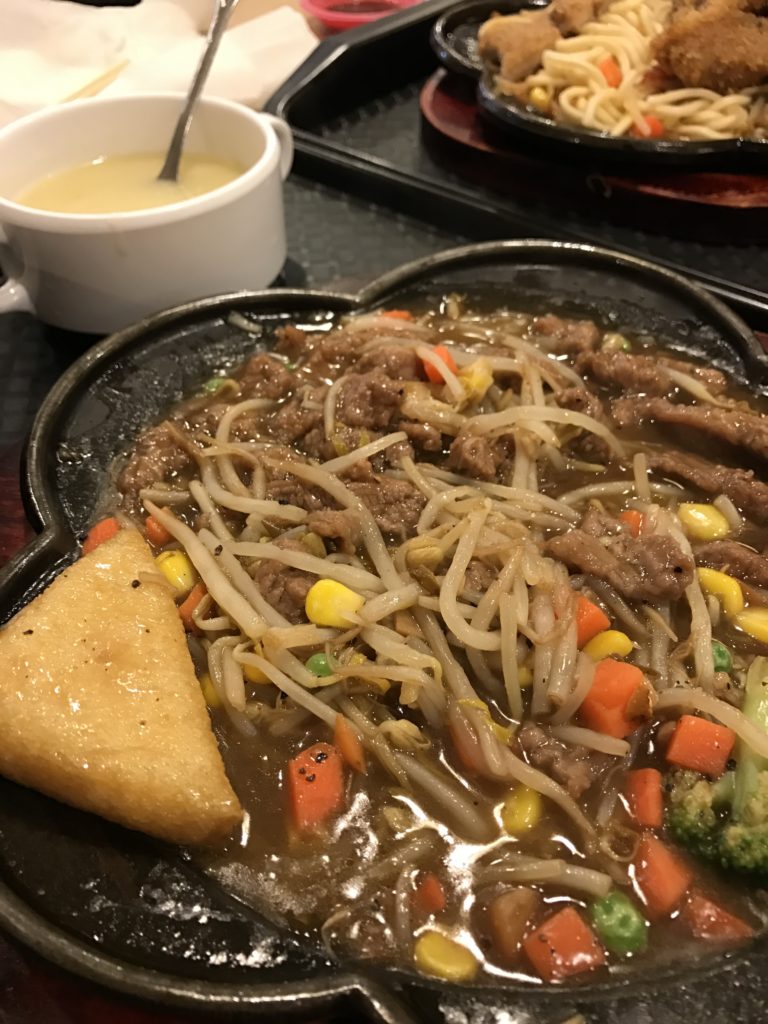 Going around the various shops, we lost track of time and wanted to get something to eat. We found a food court area where we settled on some beef and vegetables served teppanyaki-style.

It’s fascinating just how much there is to see an do underground. I love that an economy has developed below ground catering to all the types of people making their way through the system.

If you ever find yourself near Taipei Main Station, with some time to kill, wander outside and explore the many wonders awaiting in the Taipei Metro Underground Mall.