While exploring Rockefeller Center, I got to stop by Nintendo New York (previously known as Nintendo World and The Pokémon Center). As a huge fan of Nintendo, it was exciting to check out the flagship store for the Nintendo brand. Nintendo NYC is two stories or 10,000 square feet dedicated to everything Nintendo.

In addition to selling merchandise, the store features a museum and consoles to play various games. The space also hosts special events including tournaments and screenings. 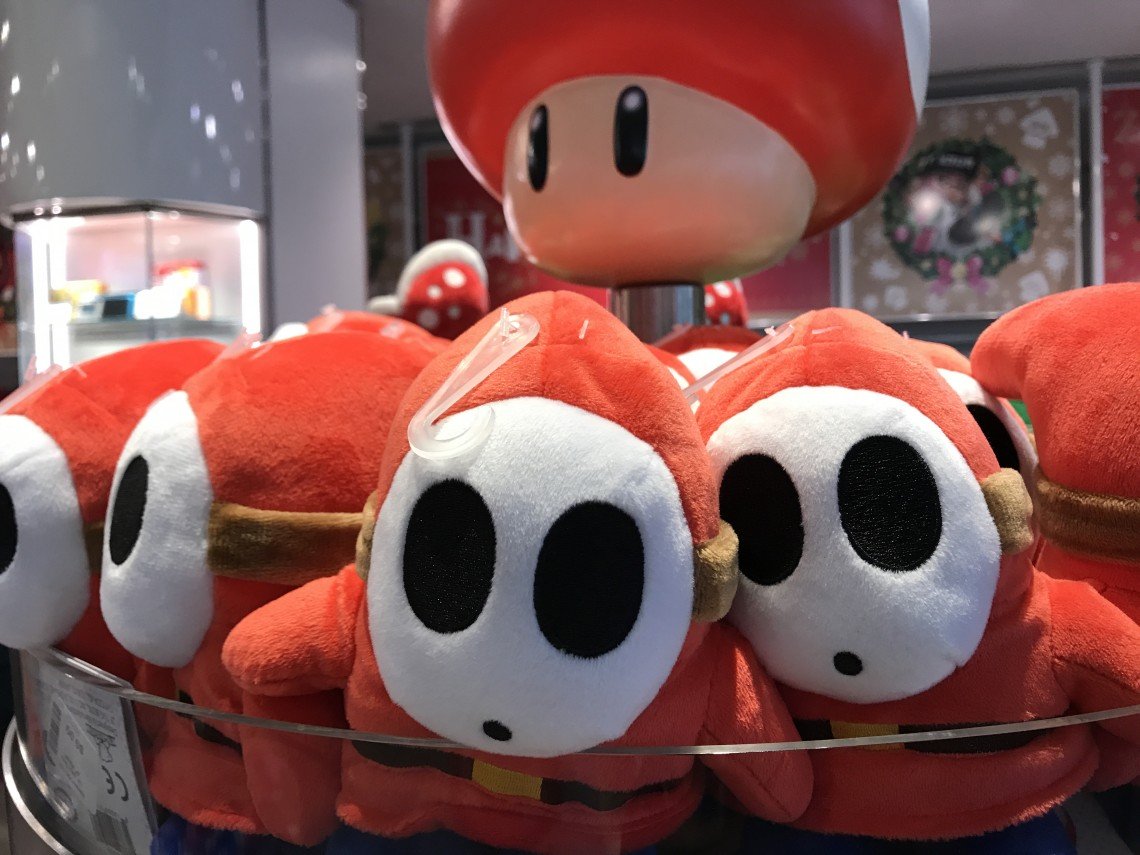 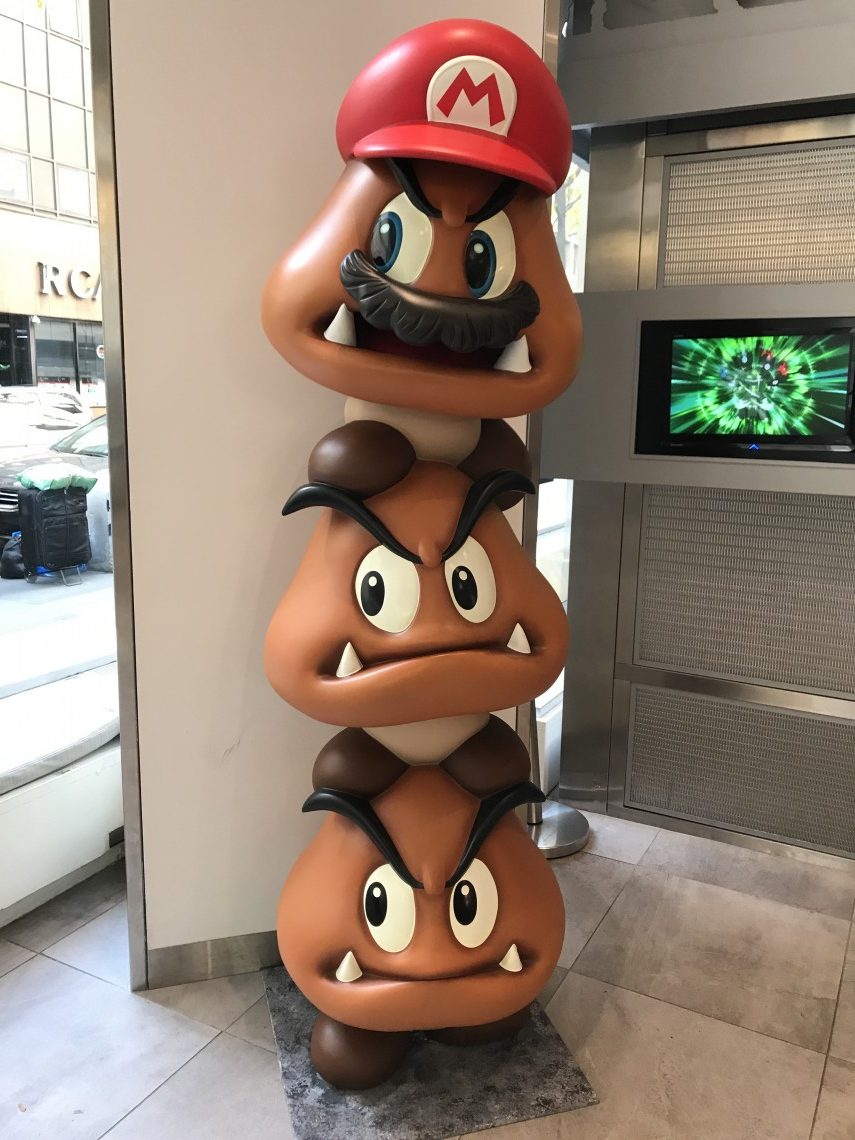 It was fun walking around the store as there were large statues of notable characters everywhere. This statue above featured Mario as a Goomba from Super Mario Odyssey. 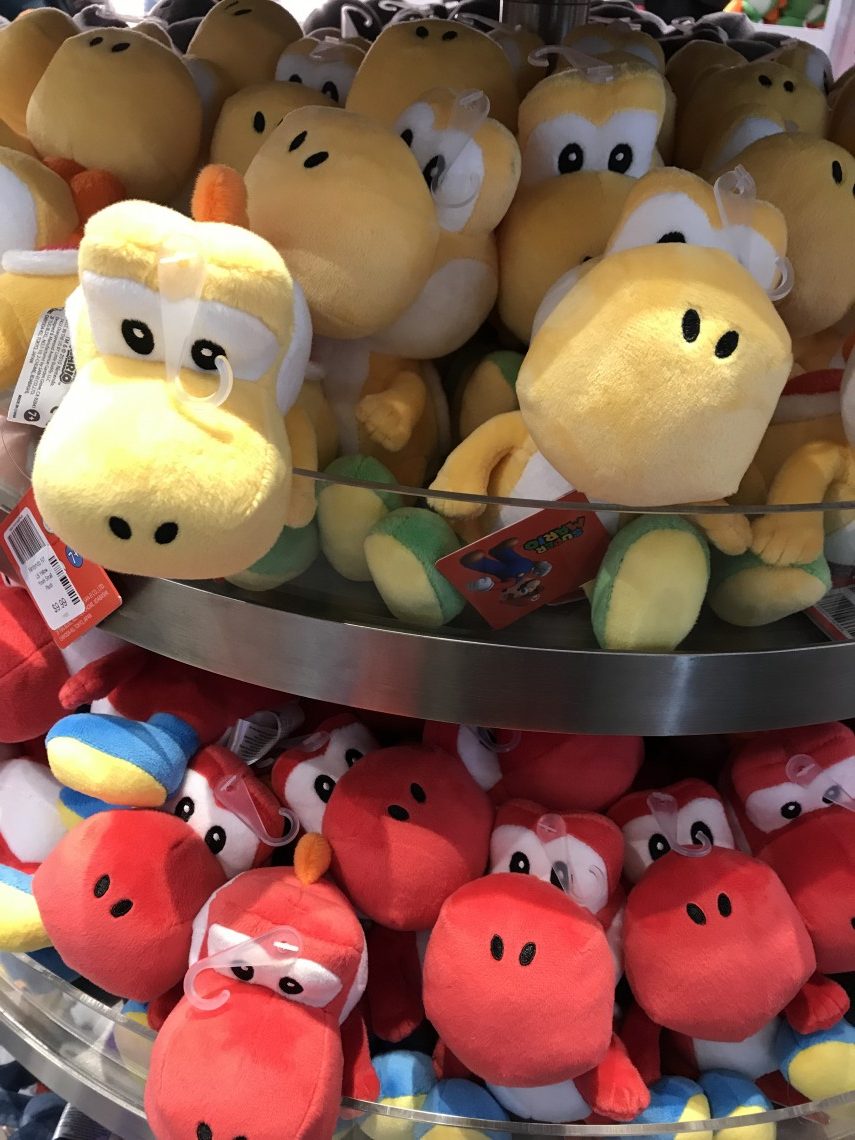 One of the more interesting parts of New York Nintendo Store is the museum. The museum is a walk through memory lane.

One part of the museum features a progression of consoles starting with the Nintendo Famicom and finishing with Nintendo Switch. 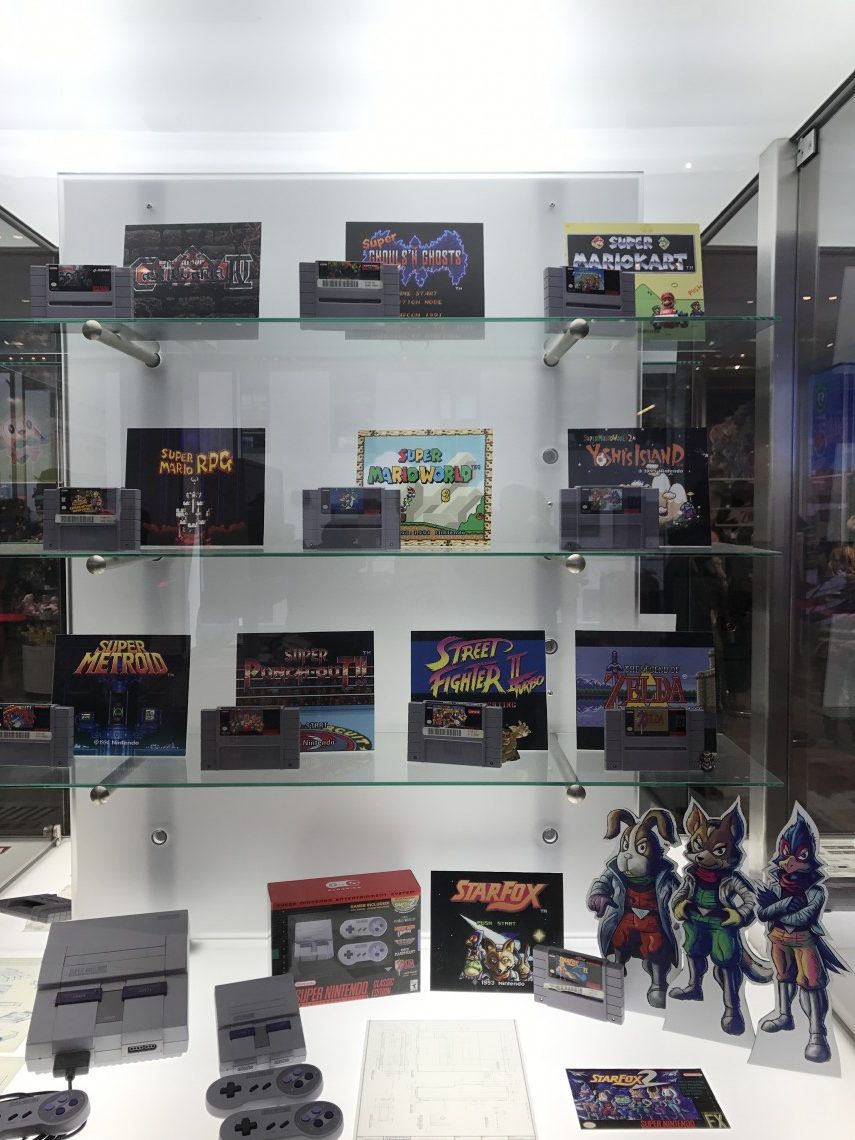 There was also a space dedicated to showcasing some of the more popular games for the Super Nintendo Entertainment System (SNES). Though I never played Punch Out, seeing these other cartridges took me back to my younger days doing a barrel roll for Peppy or defeating Culex in Monstro Town. 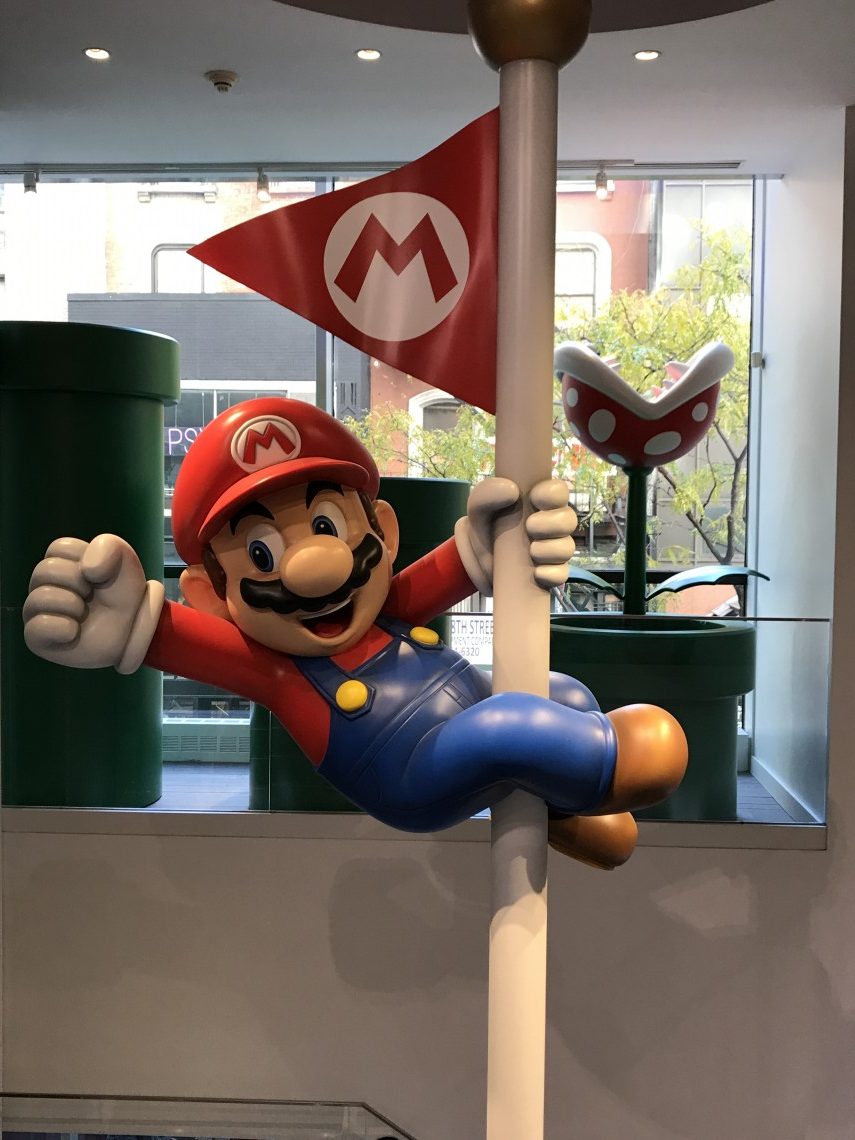 Here are some more statues around the Nintendo New York. 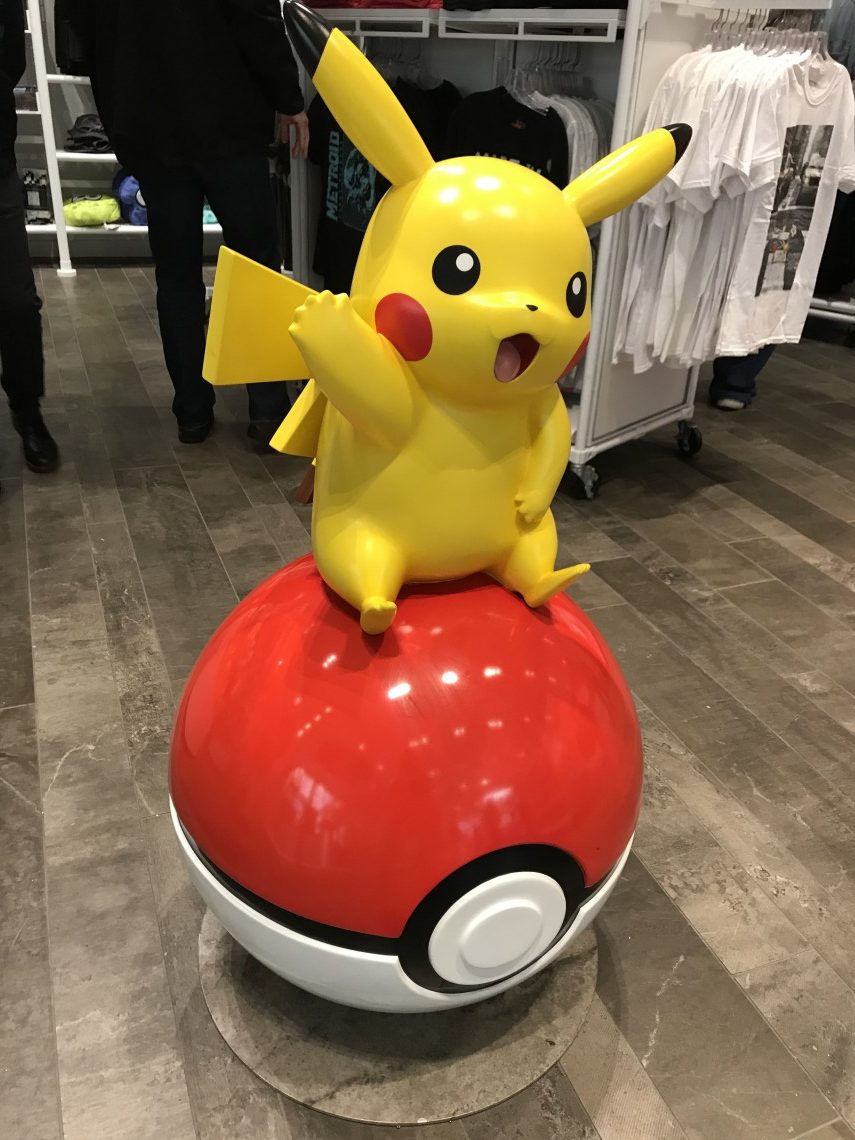 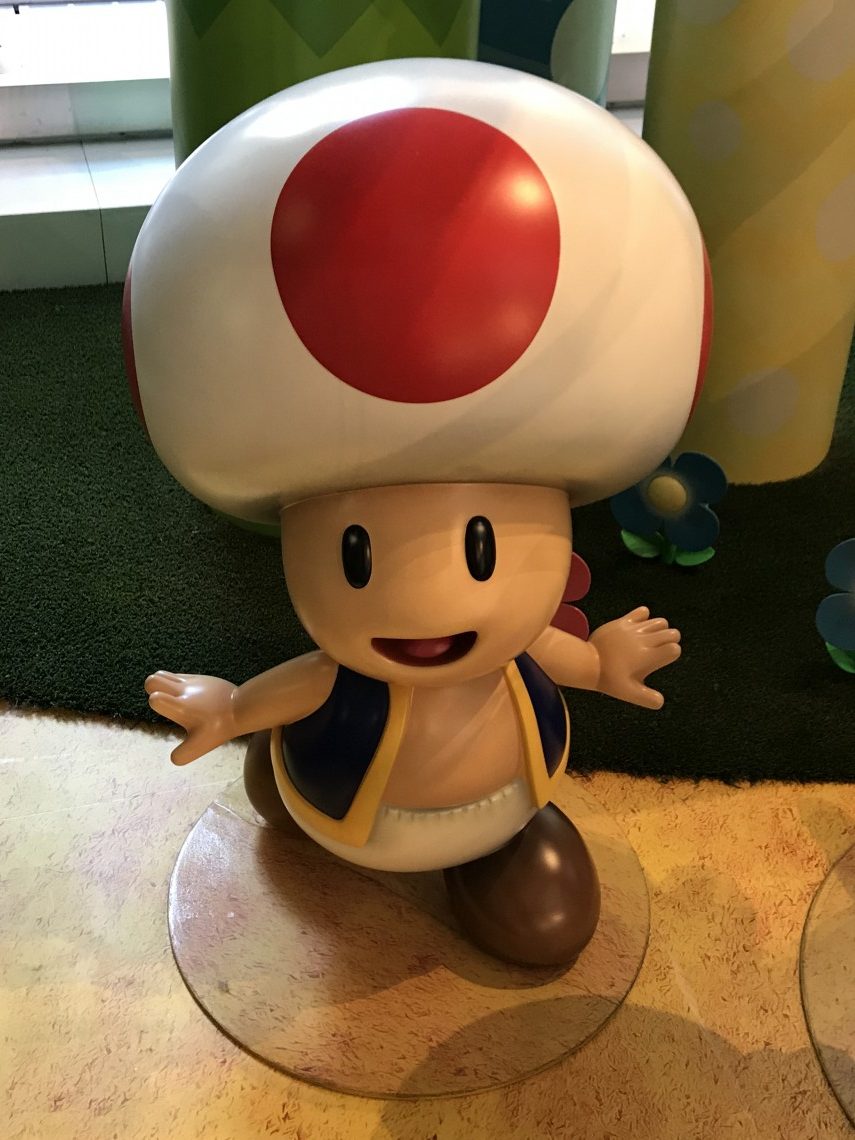 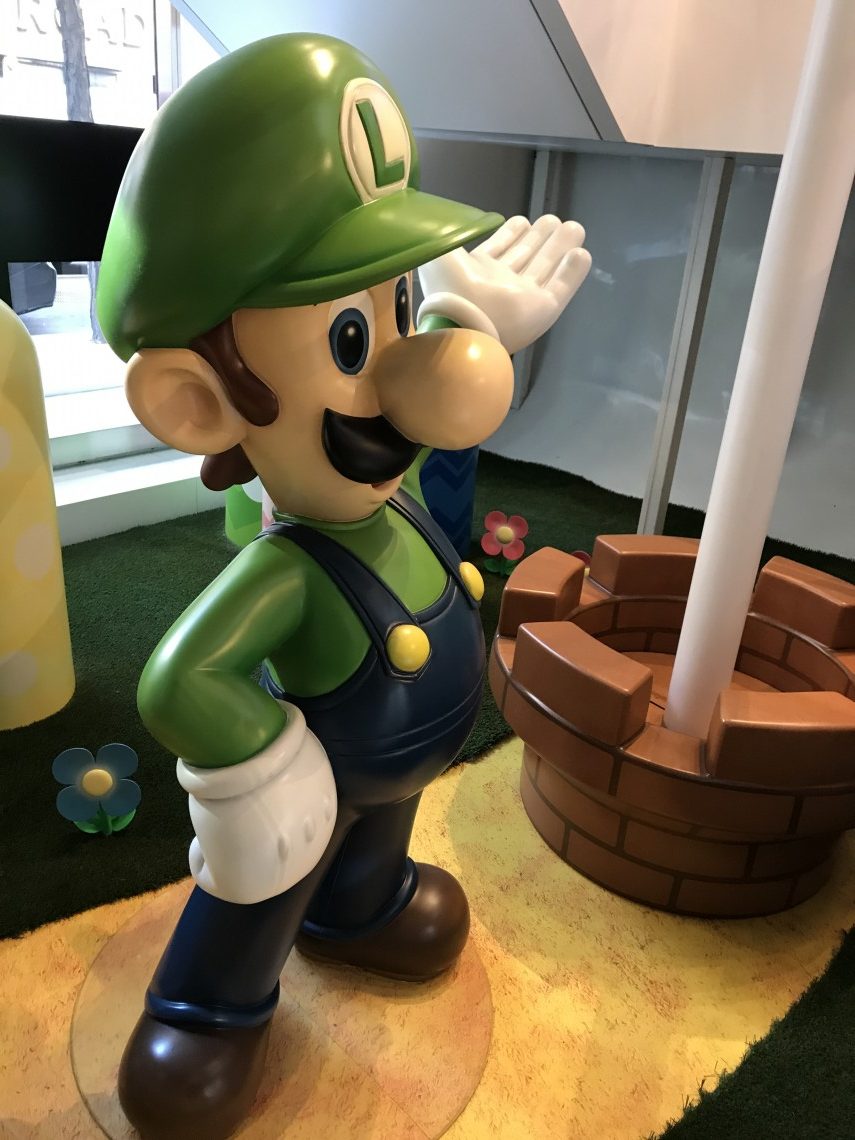 For any Nintendo fans out there, this will be a rite of passage. Checking out the museum and discovering some of the most beloved characters from the franchise will excite and delight.

For me, I wish there was a little more emphasis on lesser known characters. The shop seemed pretty heavy on Pokemon and Mario. I felt like other titles were somewhat lacking in appearance. Inevitably, we walked away with a plush Bob-omb, but it would have also been nice to get something a little more unique and special—like something straight out of the Disney Wonderground Art Gallery.

Though there is now a Nintendo Tokyo store, I’ll have to get my fill of more unique and special items at the Pokemon Store in Tokyo. One day I will make it to the Pokémon Center Mega Tokyo, but for now, this will have to do.