As I previously mentioned, bakeries are a big deal in Taiwan. What’s also big are Japanese and French things (perhaps some of this love for French culture comes by extension for Japan’s own adoration). Not surprisingly, a delicious croissant (羊角麵包 / yang jiao mian bao) is never really far away, especially in the larger cities like Taipei (台北市 / tai bei shi).

While adventuring around Taiwan, two locations have stood out to me in terms of having unique and or delicious croissants, Hazukido (八月堂 / ba yue tang) and Mini One. Here’s a rundown of the two in case you want to get your croissant on.

If you couldn’t tell from the displays and the name of the shop, these croissants are miniature. They are about a third the size of a normal croissant—making them dangerously good for snacking. 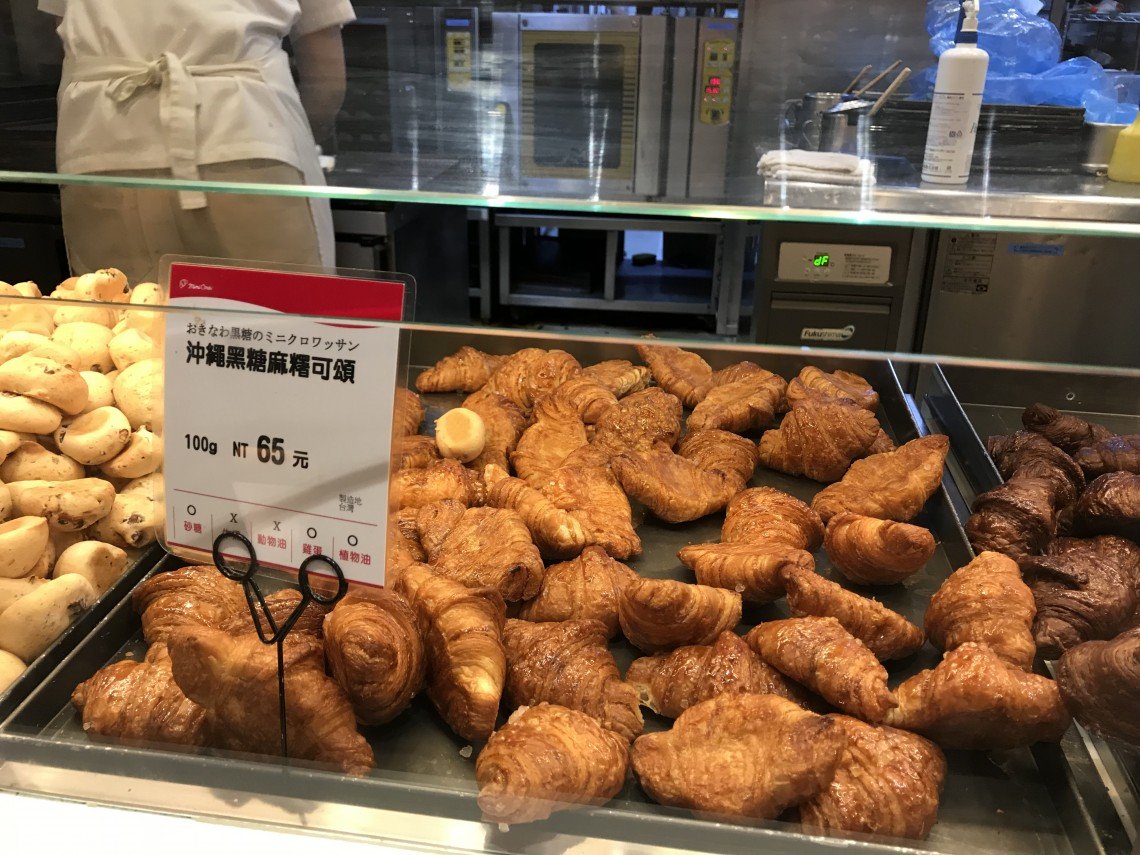 To order, you choose which croissants you want and about how much you want in terms of weight. Most of the croissants are the same price per 100 grams. For ones that are priced differently, the workers grab a separate bag so that the pricing is consistent. 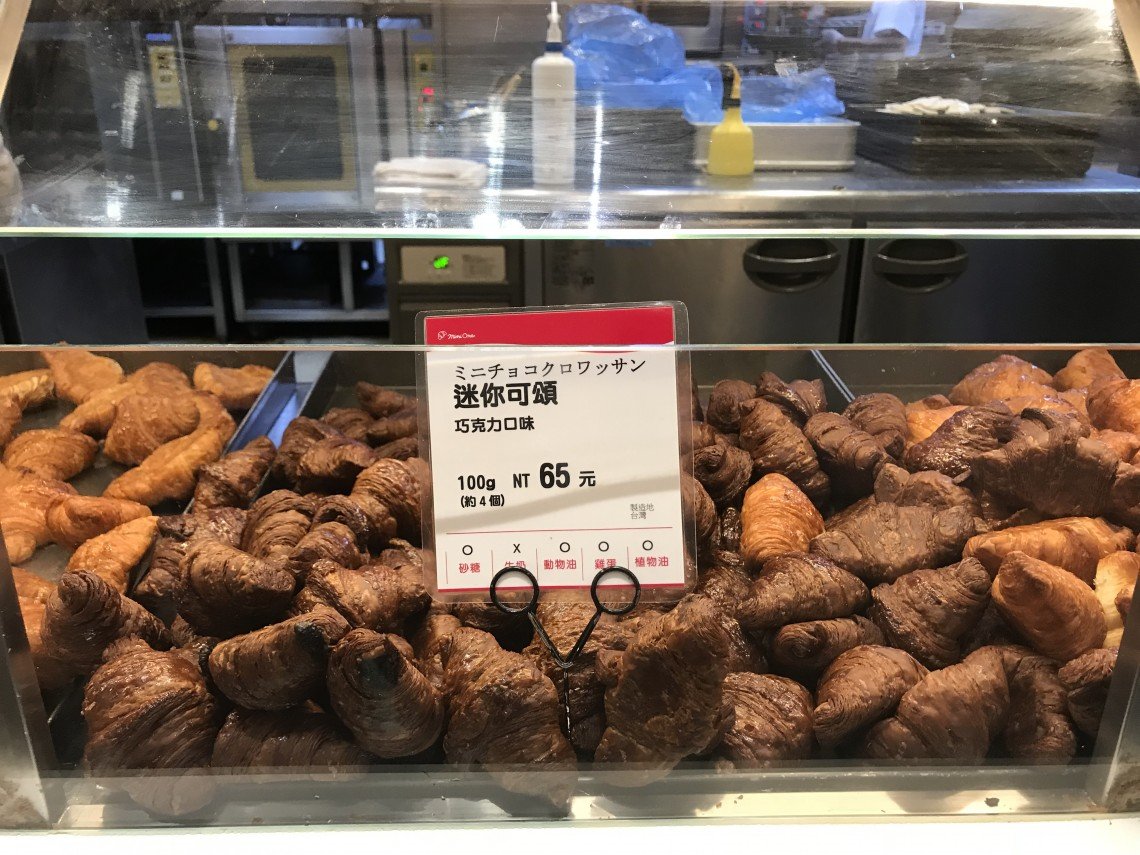 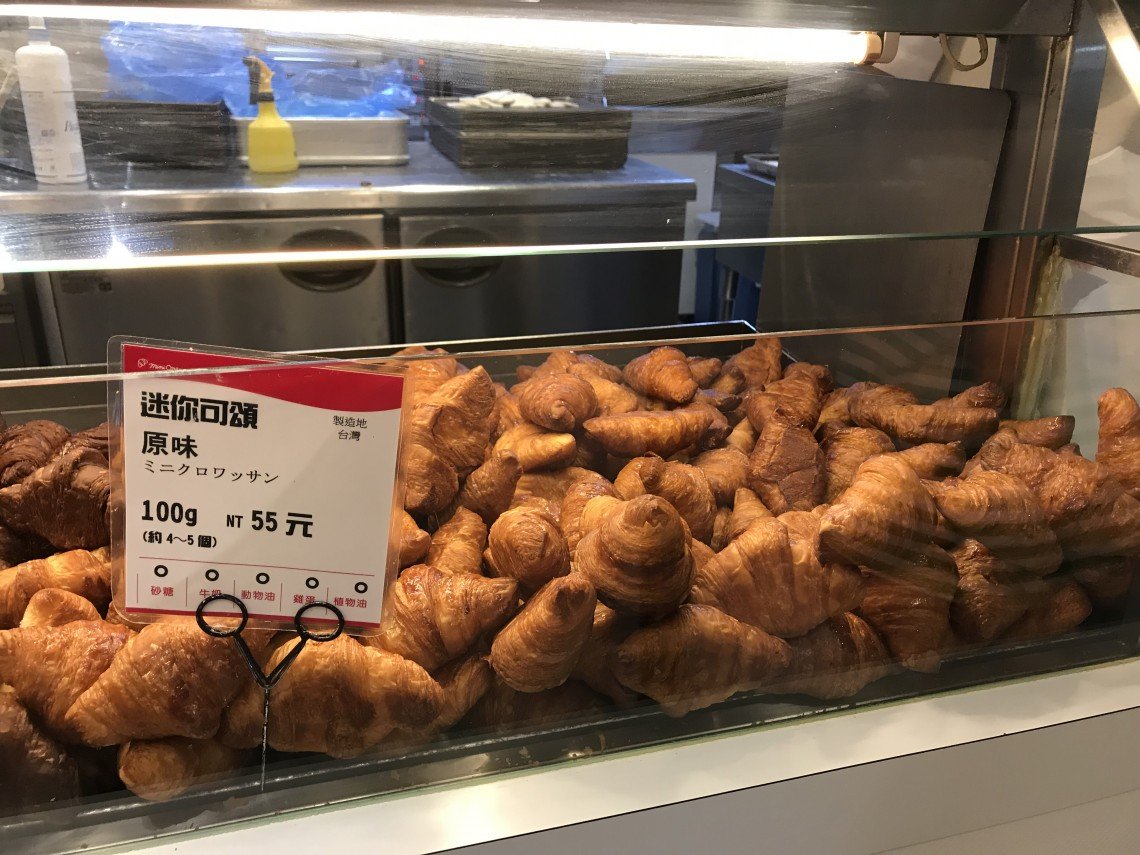 We got a few of the chocolate and regular croissants. The chocolate one was probably my favorite with its nice chocolate flavor. The croissants, for being so small, were not surprisingly overcooked or crunchy. Instead, it was exactly what you would want from a croissant just in a much smaller package.

Mini One also has other baked goods available for sale, though we didn’t try any of these. Will have to check them out next time!

Hazukido is a Japanese brand that specializes in a croissants flavored a variety of different ways. Whereas most of the croissants I’ve seen are plain butter flavor or even sweet, some of Hazukido’s croissants are savory including their cod roe croissant (炙燒明太子 / zhi shao ming tai zi). 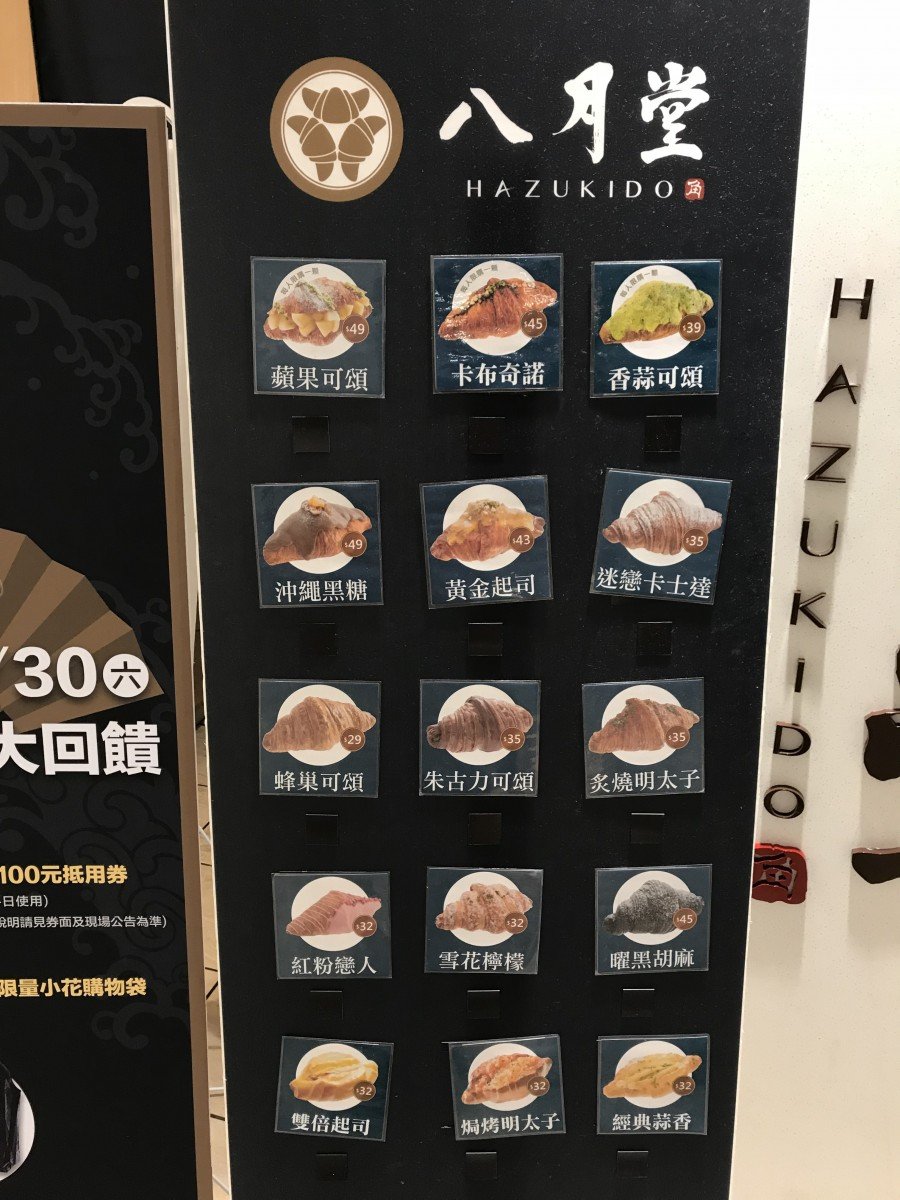 The line to get croissants was a few people deep, but while we were waiting, I managed to see them refill the trays a couple of time. You can rest assured that they’re going to be fresh.

Here are some close-up shots of the flaky pastries. 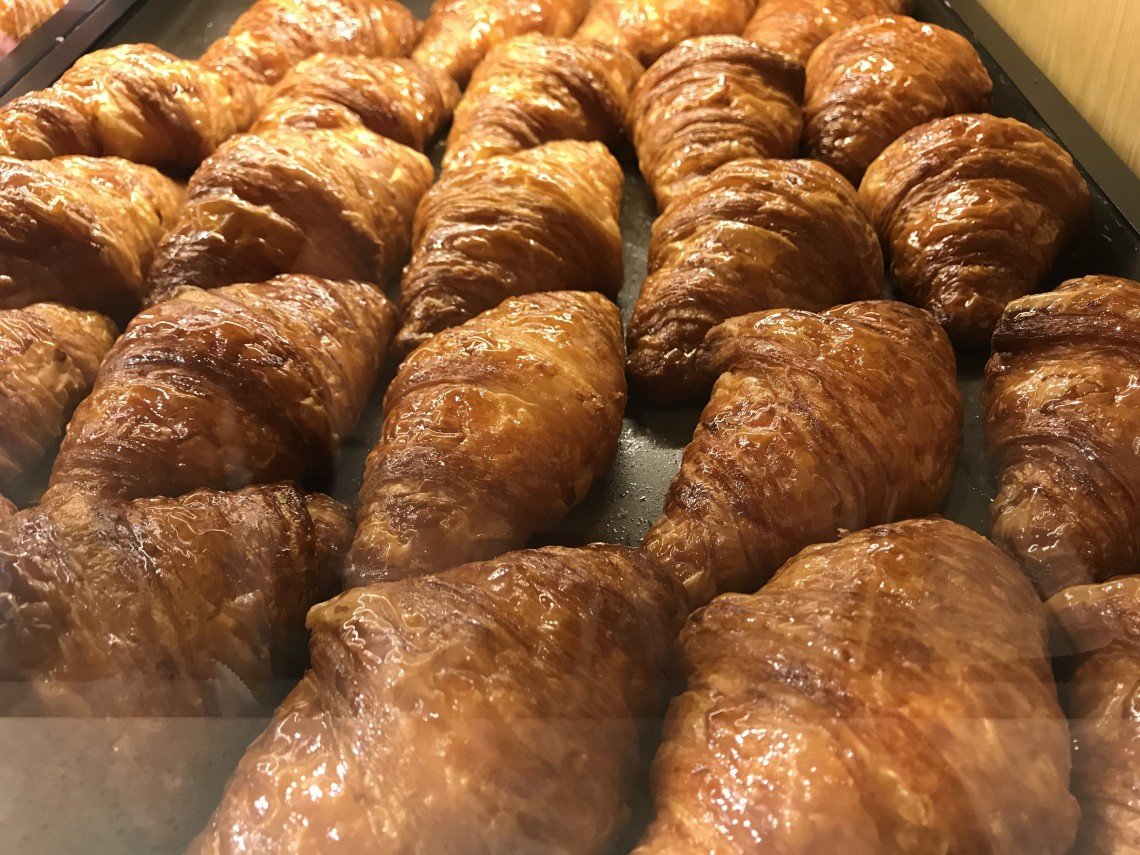 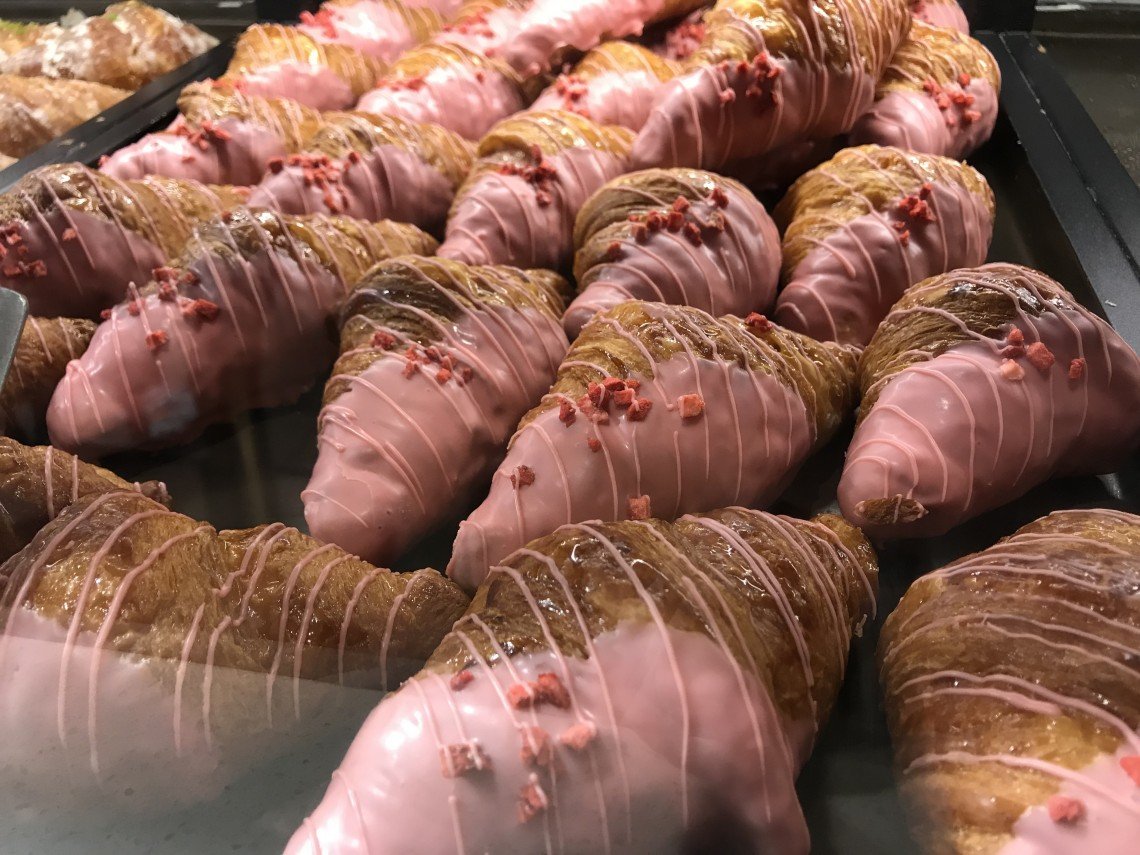 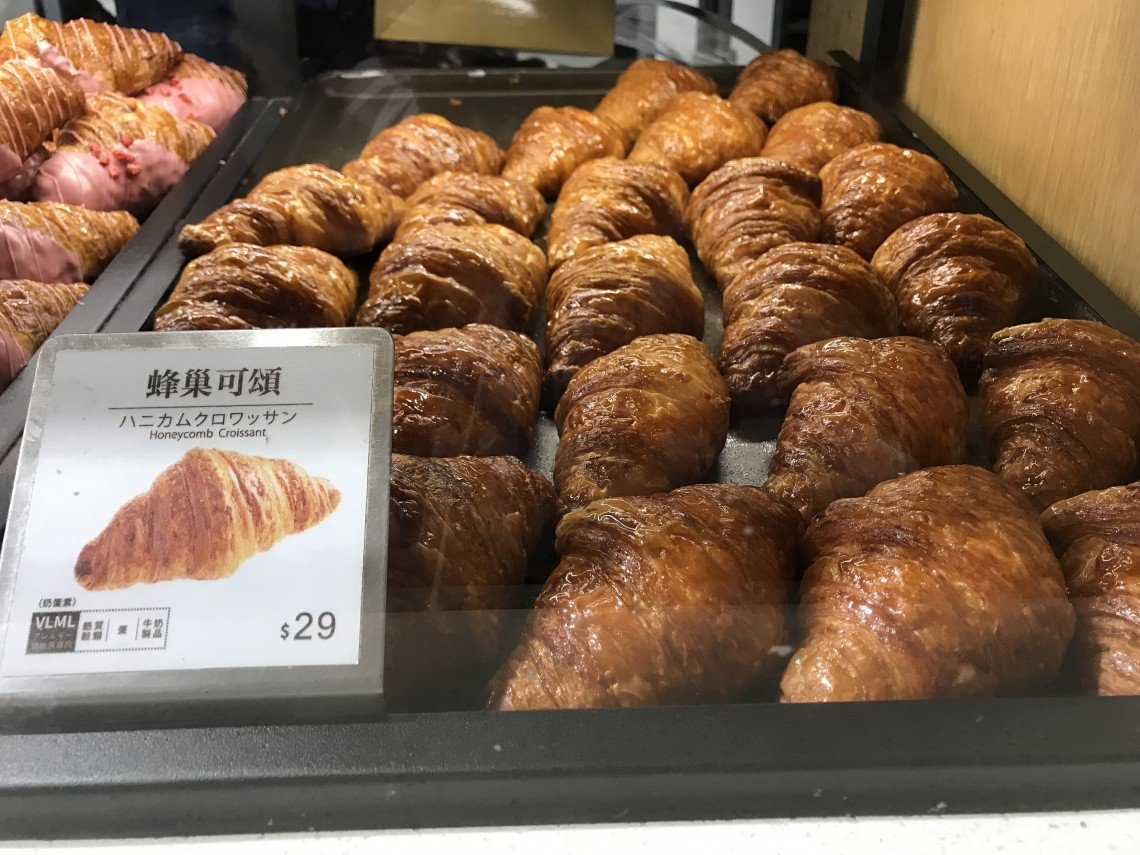 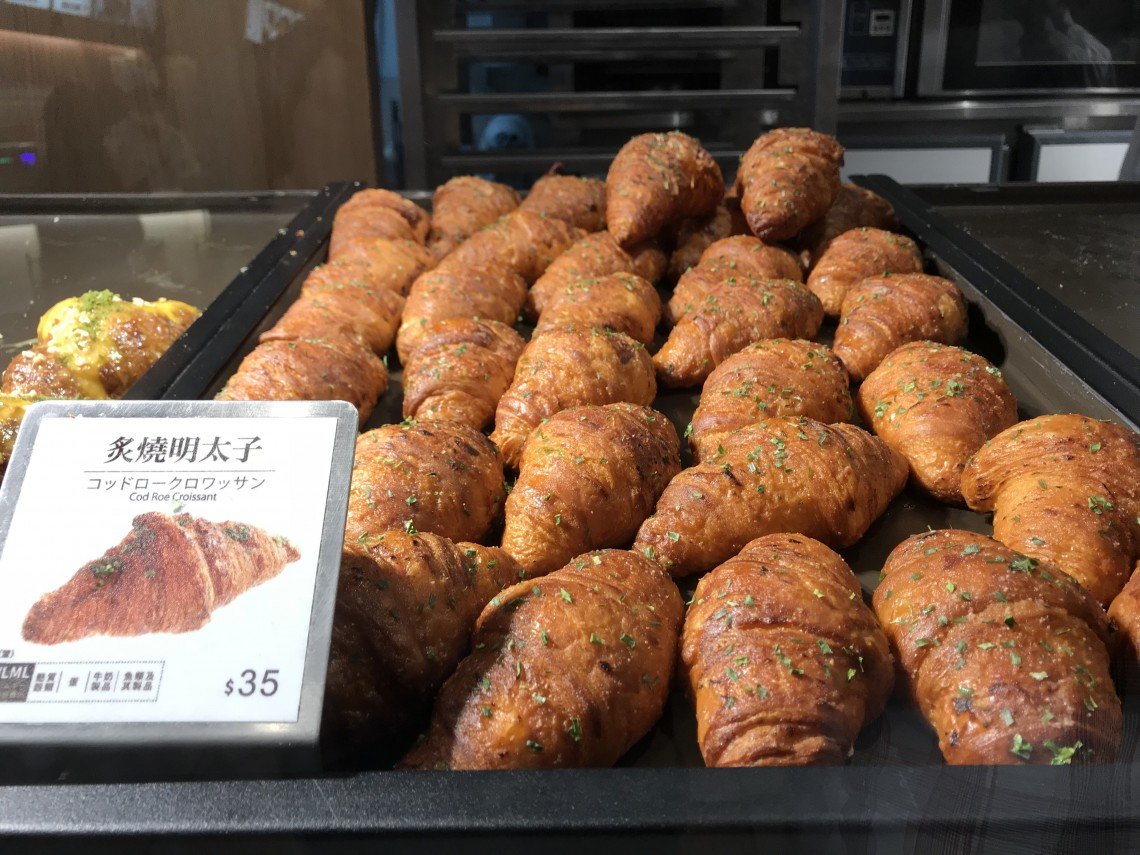 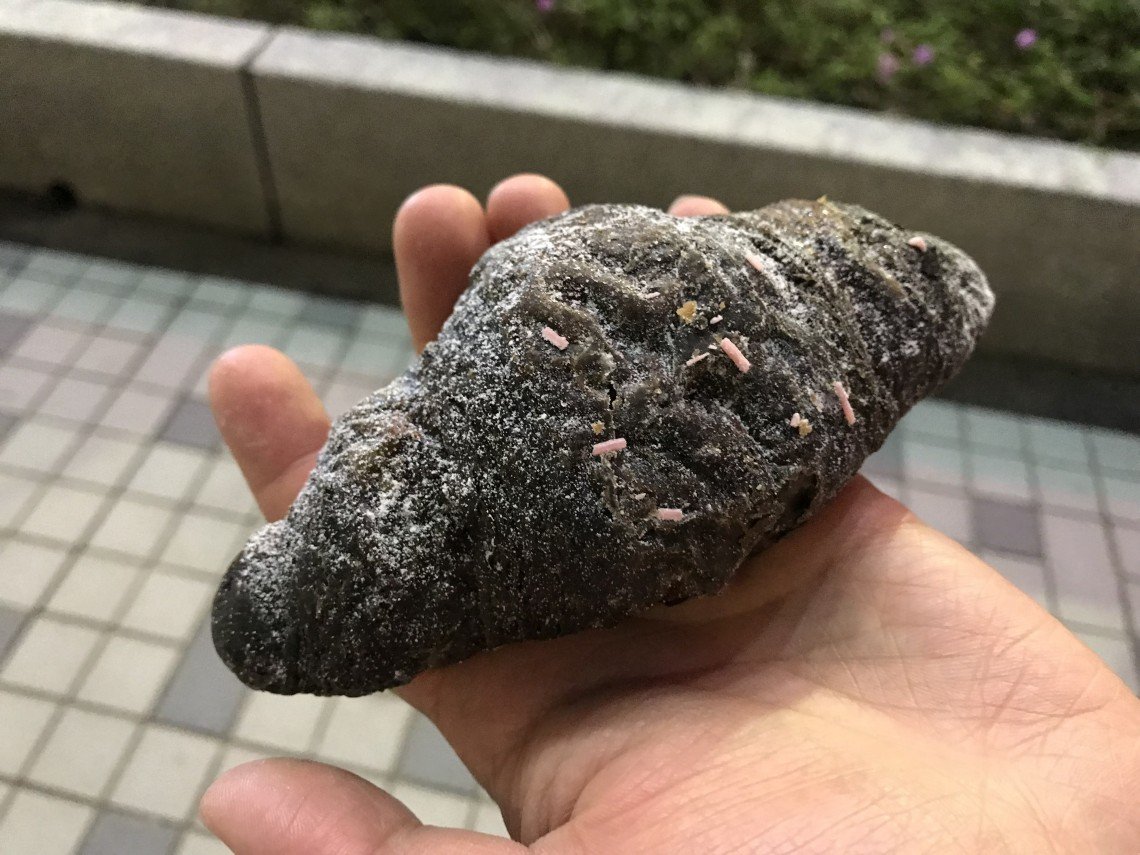 Overall, these croissants are fairly sizable. They’re also super flaky and have a lot of layers (perhaps more than I would expect from an average croissant). The main downside is that many of the croissants can’t be stored and instead need to be eaten within a short time of ordering them—minor details with a croissant that tastes great.

If you want to get a taste of what croissants taste like in Taiwan, don’t forget to stop by!