Exploring Culture in Tainan at Blueprint

If you’ve followed my other posts about cultural creative parks, you probably know that I love to check them out. When I found out that there was such a park in downtown Tainan, I knew I had to see what Tainan’s creative spirit looked like.

On a rainy evening, we stopped by the Blueprint Cultural and Creative Park (藍晒圖文創園區 / lan shai tu wen chuang yuan qu). This particular park is smaller in size, compared to many of the other centers I had been to. This location was previously a series of old abandoned houses. Looking around from the entrance, you wouldn’t even know with the sheer scale of nearby buildings electrified with signs and billboards.

At the front of the entrance is the mascot of Blueprint, a cute, robot-like monster with two silver prongs as ears. 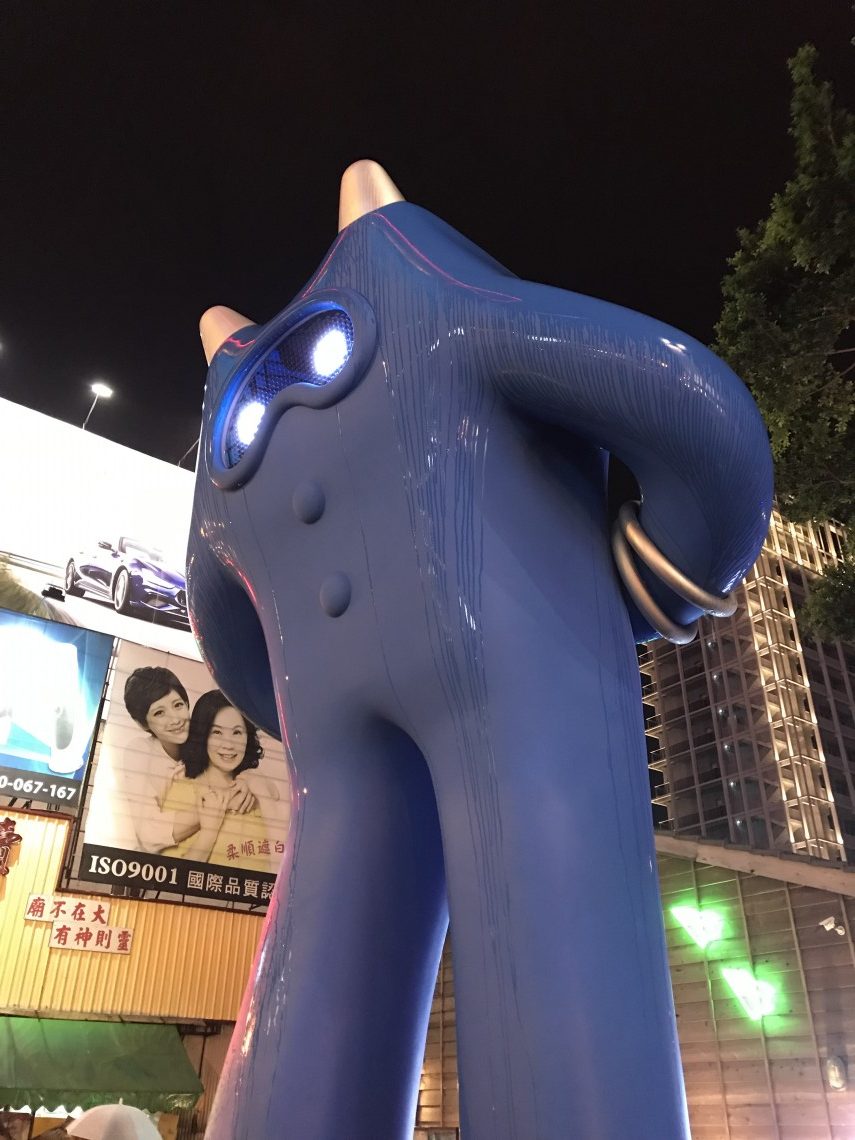 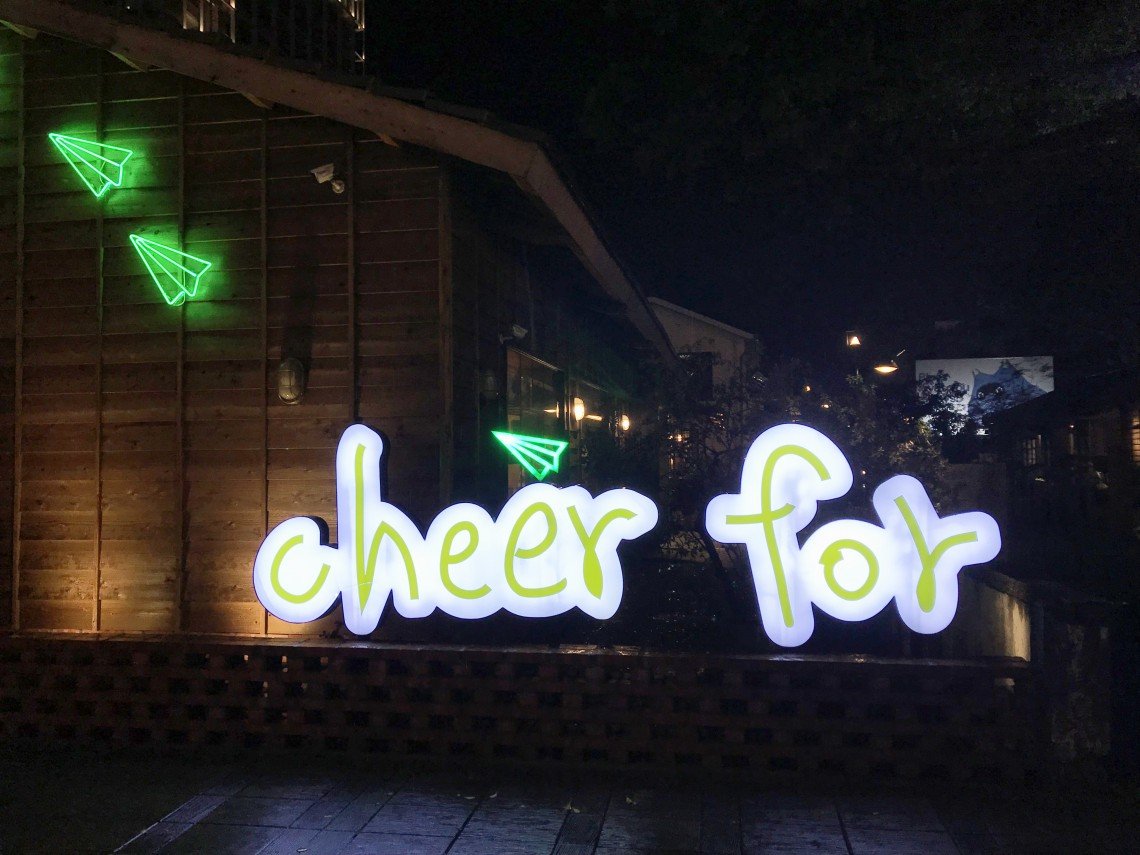 This was just some of the items being sold in the front shop. 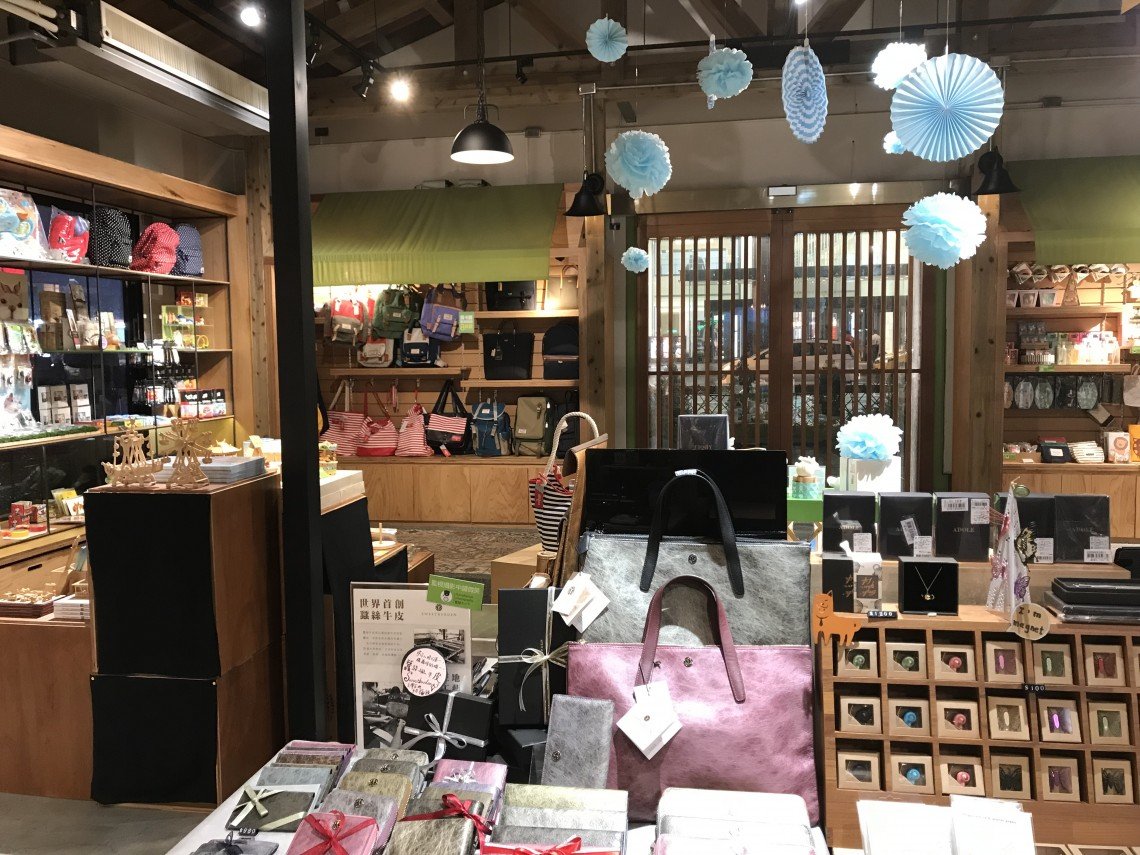 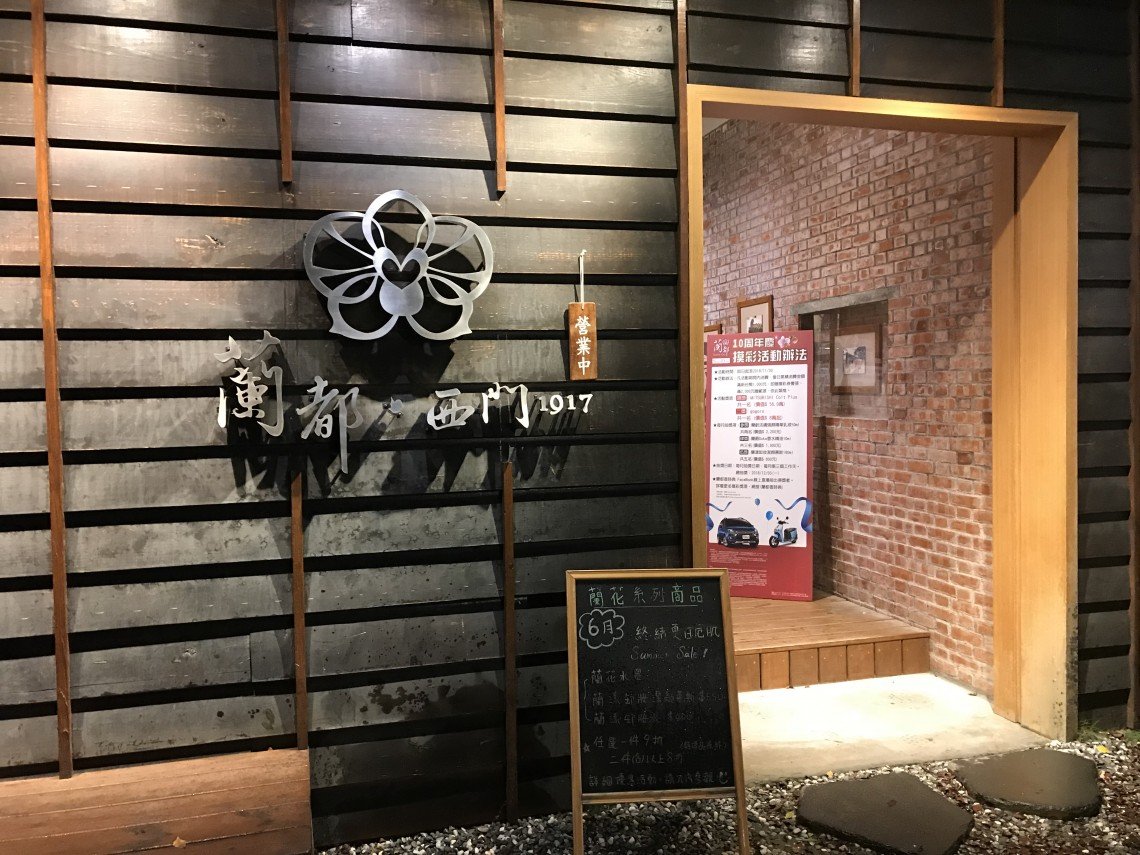 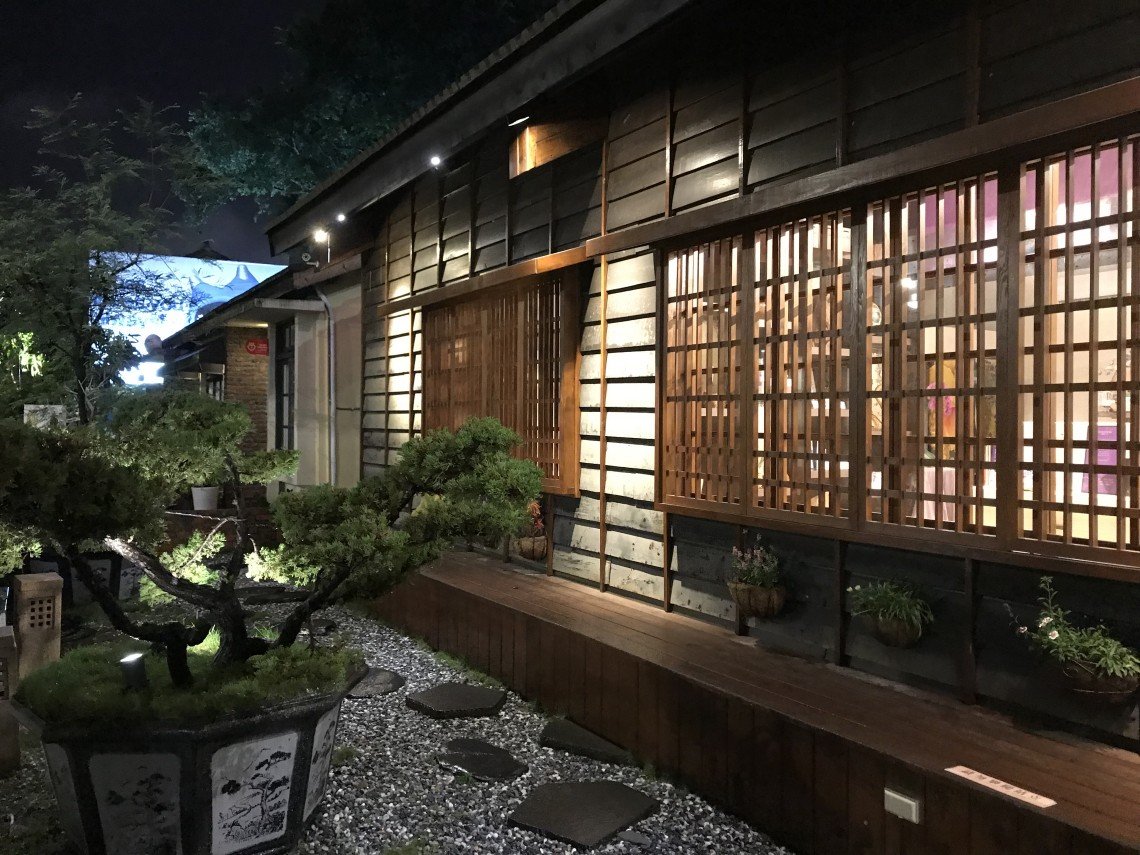 East meets West in this vibrant mural, painted on a wall in the center. 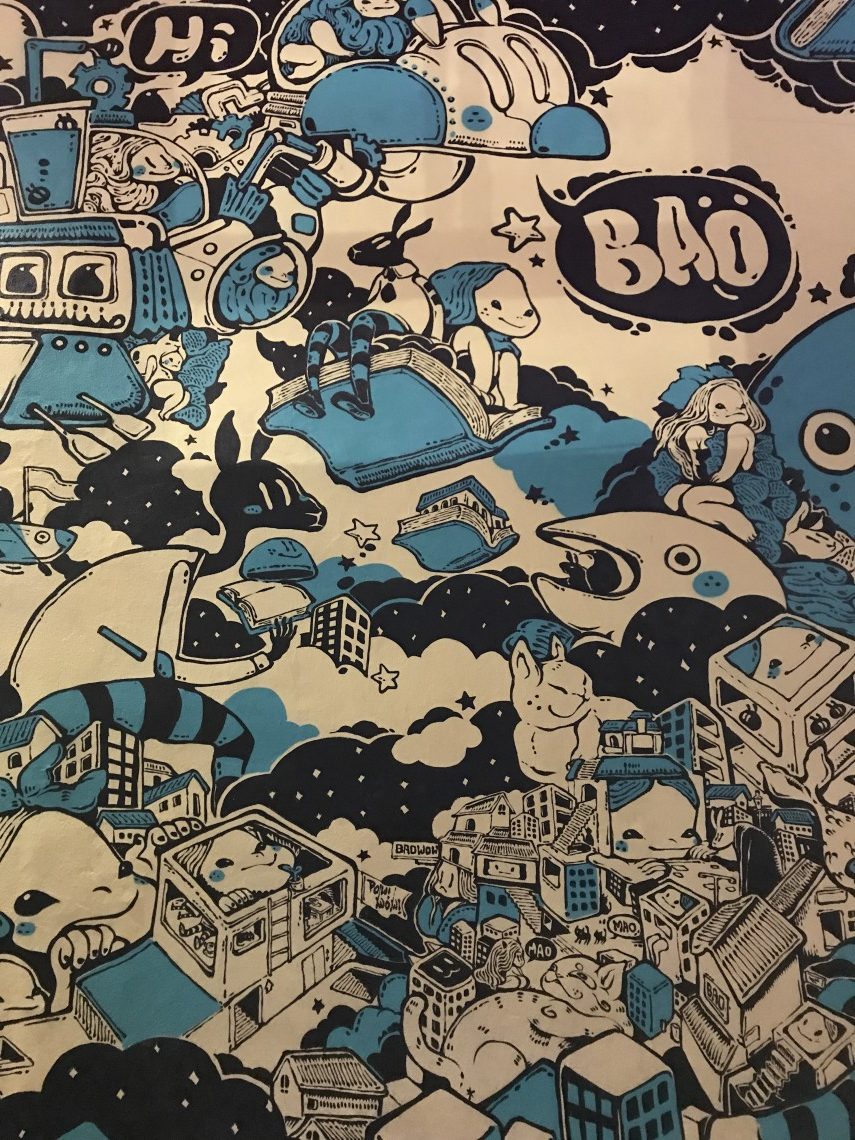 Almost all of the shops had some kind of creative window display or logo. This shop sold pet supplies. 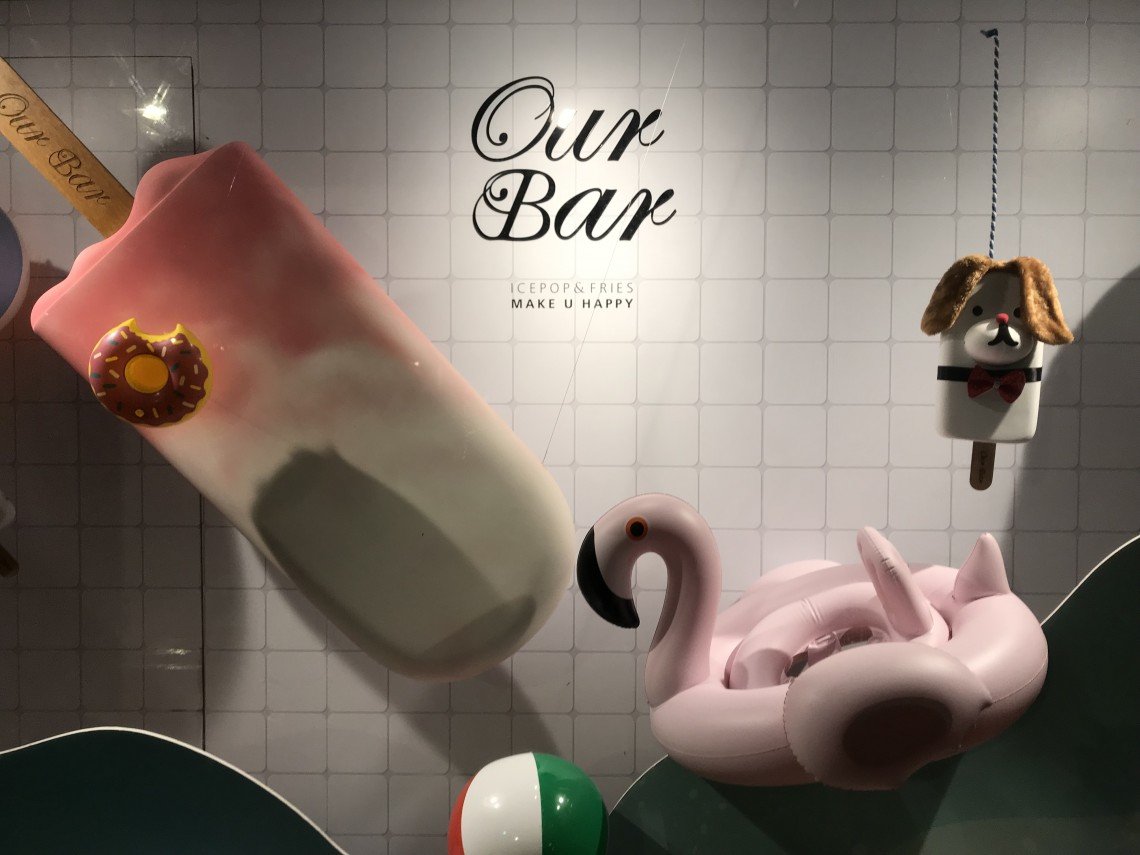 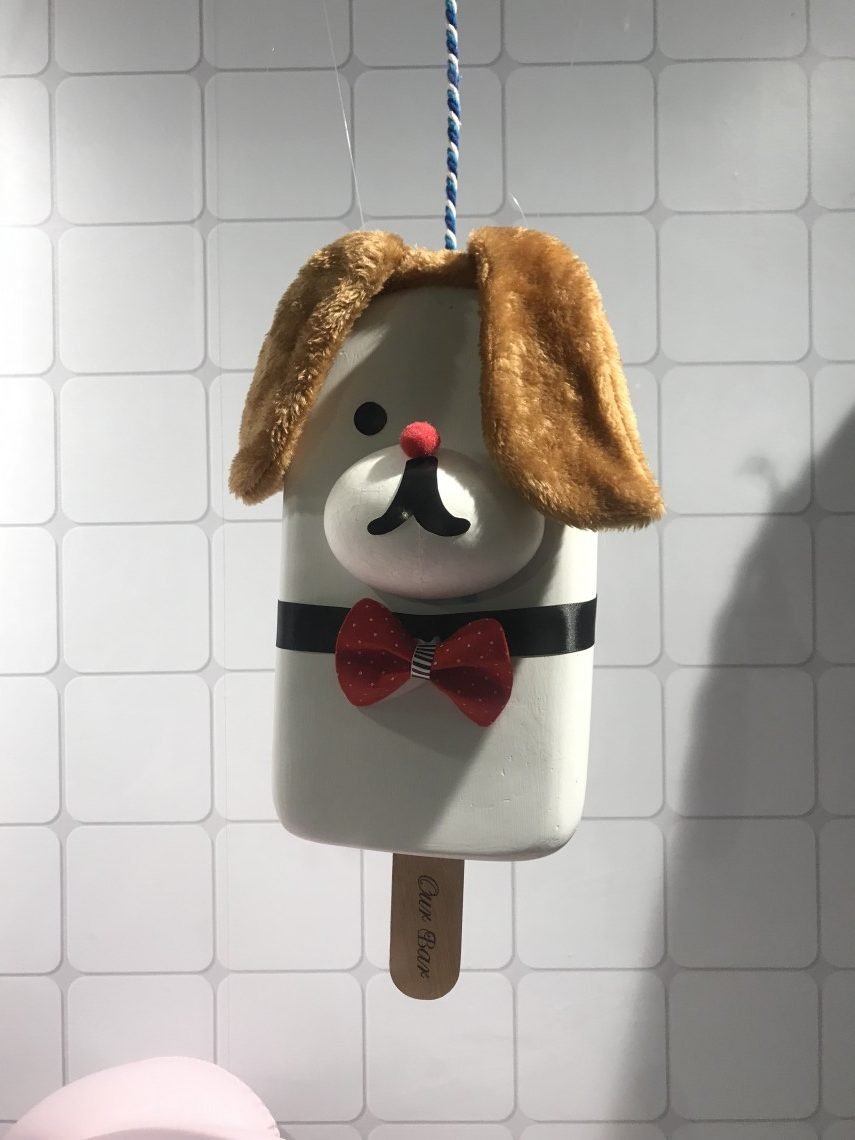 String lights light the paths towards the back of Blueprint with murals and other art pieces scattered about. 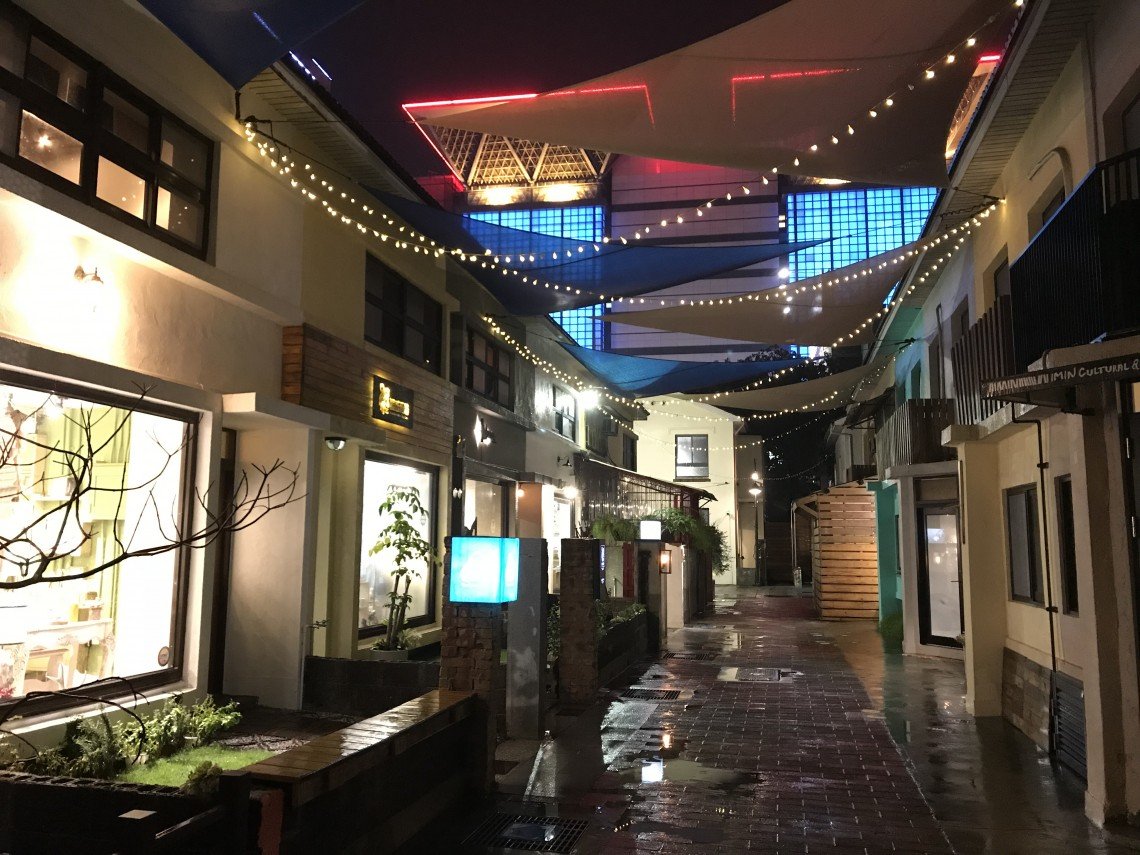 Some words of wisdom from a bright white cube. 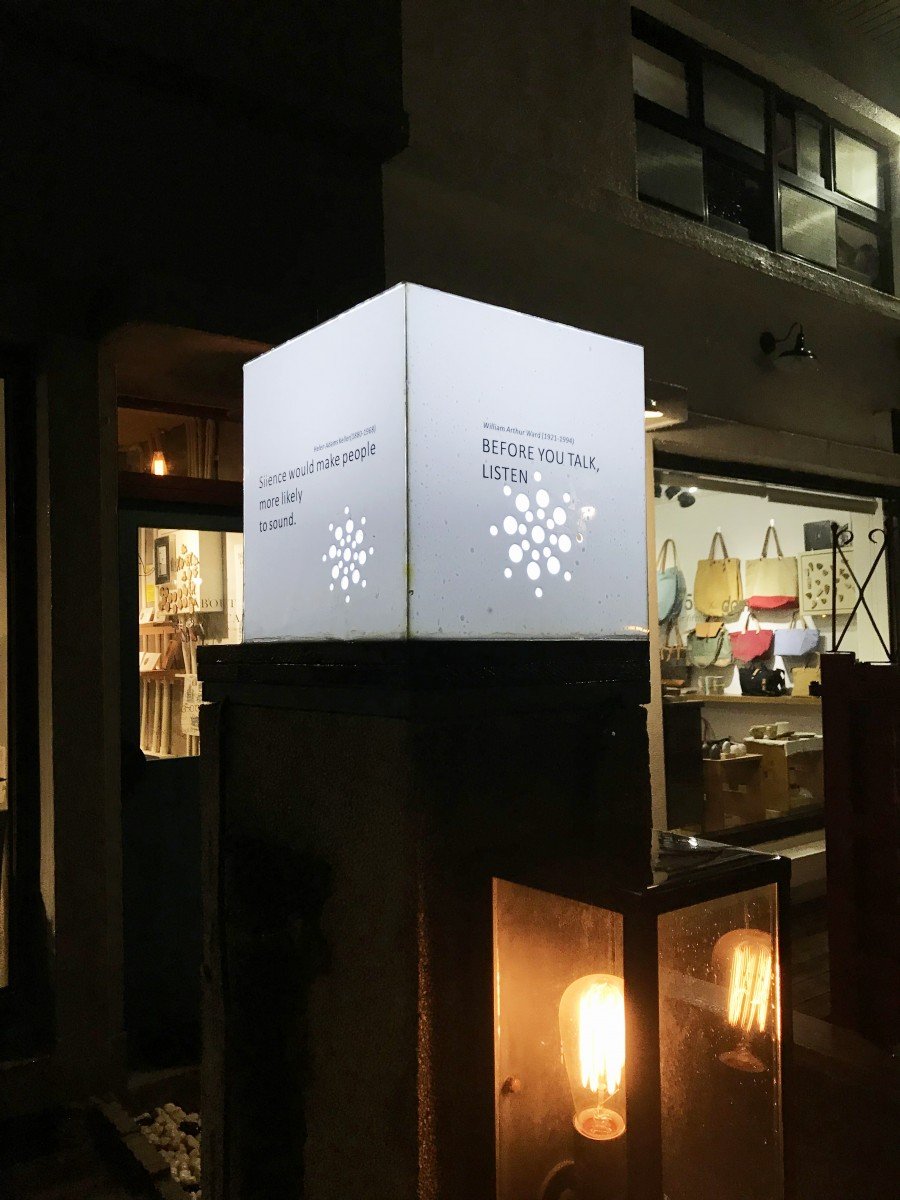 I thought this logo of a waveform was clever. There’s a lot of cleverness and cuteness going around at Blueprint. 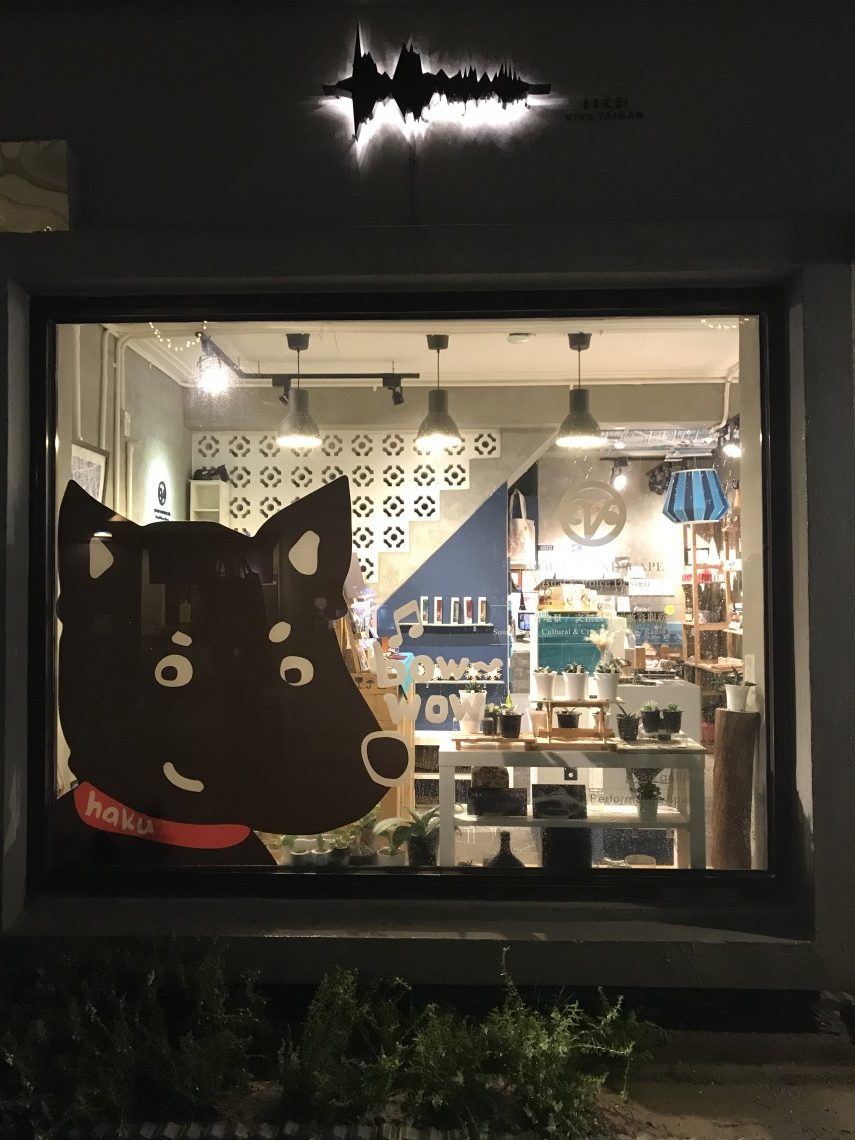 Speaking of clever, this store is called “4/5 four fifths.”

As it was rainy and after dinnertime, many of the stores were closed. I still had fun strolling around taking in the art and seeing the nicely decorated shops. It would be great to spend more time here during the day, though, and to maybe even purchase a few gifts for friends or the home.

Overall, this location, though smaller than many other cultural around Taiwan, feels just the right size and is full of both art and shopping. If you’re looking for a little bit of culture in Tainan, do drop by Blueprint and see what Tainan has to offer.