Growing up, I remember learning that Taipei 101 (臺北101 / tai bei yi ling yi) was the tallest building in the world. Though this, of course, changed with the construction of Burj Khalifa in 2010, I still don’t think I was quite prepared for how tall 101 floors actually is.

Flying into Songshan Airport at night, I saw Taipei 101 in the distance. It towered over the cityscape like nothing I had ever seen. Still, it didn’t look too impressive as Taipei City looked relatively small still.

Almost every day in Taipei during the winter had low visibility. One morning, the weather looked good enough for us to check out the observation deck area. We took the MRT to the Taipei 101 Station and walked outside.

For the first time in a while, my jaw dropped.

I don’t think I was quite prepared for how impressive and tall Taipei 101 is. It’s a beautfiul and towering structure, especially when you get up close.

After taking a few photos outside, we went inside to purchase tickets for the observation deck.

Love how these panels are shaped to represent Taiwan.

In the main lobby area, there are ticket prices in a variety of languages including Japanese, English, and Korean. The display boards also list the visibility at the top of the building. It was mostly clear, so we were good to go! 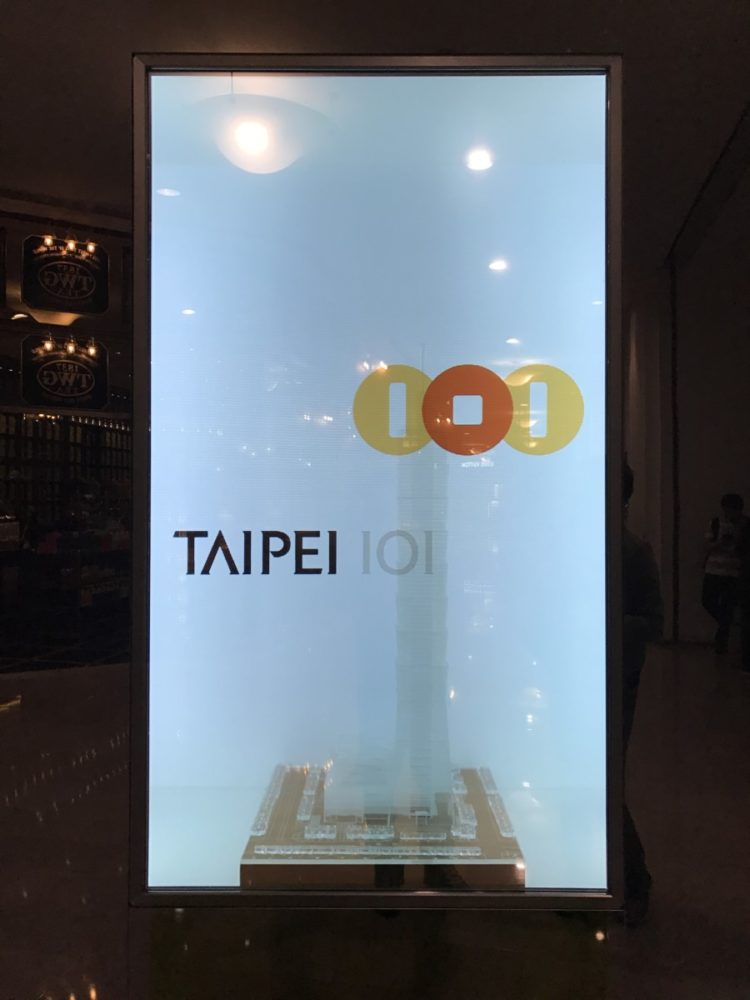 Here’s a model of the building.

You get to step into this snazzy elevator, which actually didn’t take too long to ascend in. 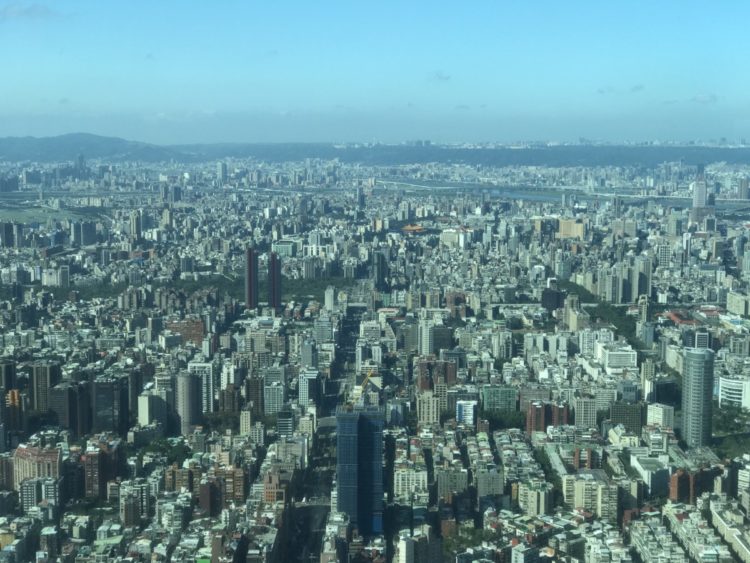 This is a western view from inside the observation deck. 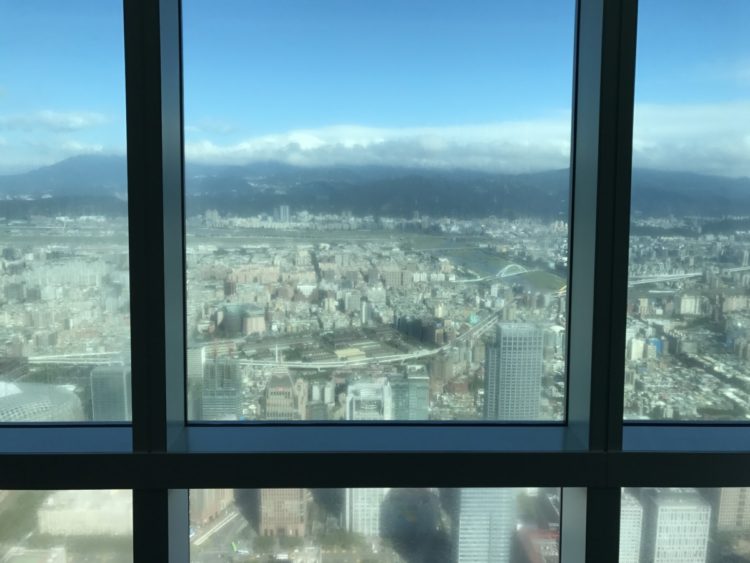 This is the northern view. The windows could use some cleaning, but I can only imagine how one cleans windows on a building like this.

You can check out the crown jewel of the building—the damper—which helps protect the building from earthquakes and high winds. 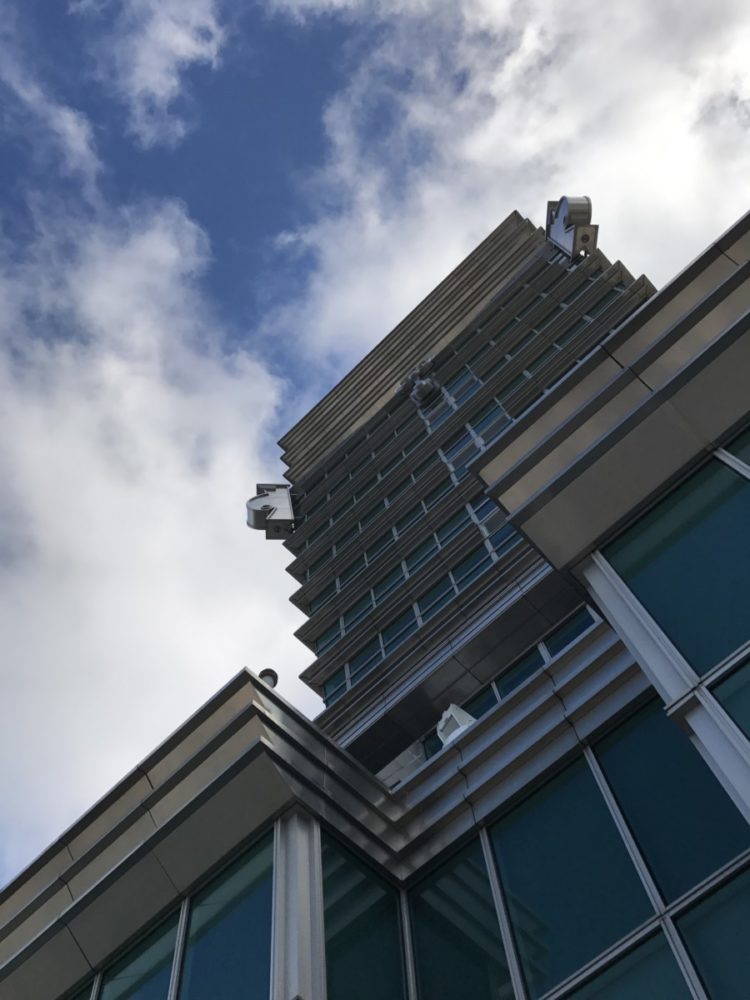 Up here, it feels like you are one with the birds.

Upon exiting, we found ourselves in a gift shop of sorts. They had various coral and jade items available for purchase.

If you happen to be in Taipei on a clear day, I would totally recommend dropping by Taipei 101 to check out the views and trace the history of this impressive building. Even if the weather isn’t that great, it’s still fun to take photos from the ground level outside of the building.