I’ve done the Rose Parade in Pasadena, fireworks on The Bay, and house parties; but nothing has compared to the spectacle of celebrating the beginning of the new year (除夕 / chu xi) near Taipei 101.

We got to the area around Taipei 101, earlier in the day as we needed to pick up tickets for a party we were going to on the rooftop of the ATT 4 Fun Building in Xinyi District. There were maps everywhere letting people know about  where to go, especially useful as many of the transit lines would later be impacted. 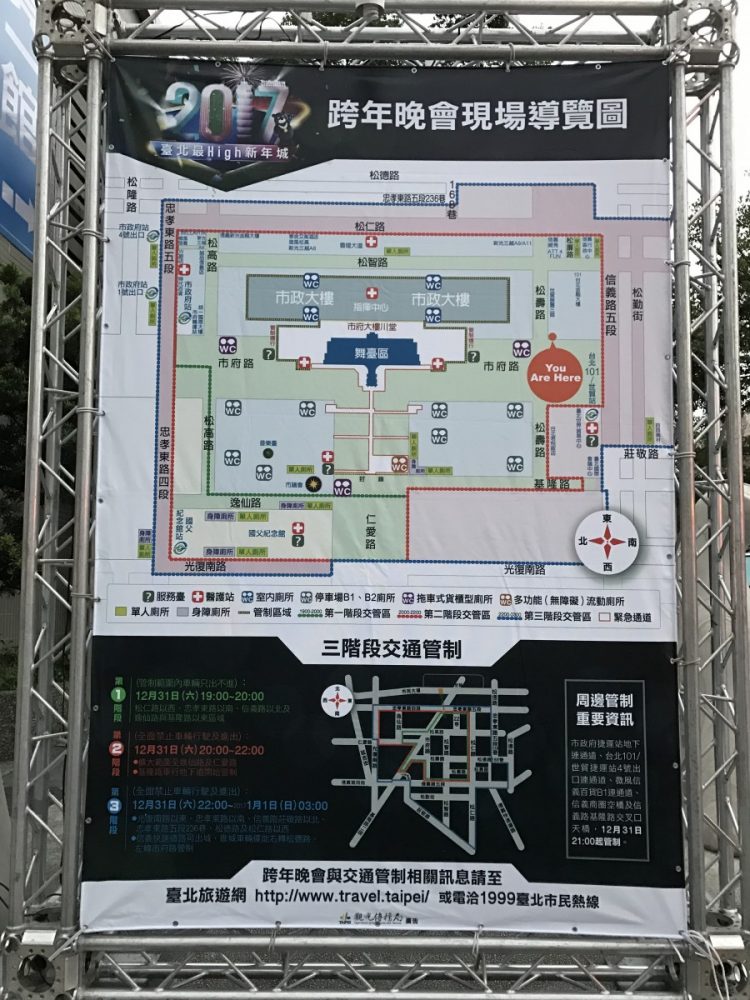 While walking around in front of Taipei City Hall, we discovered a stage with performers practicing for the evening’s show. 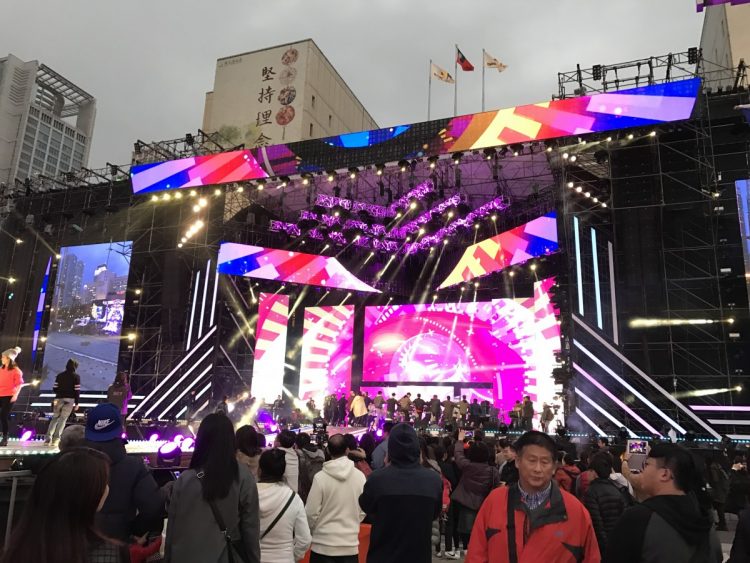 As the daylight became night, the streets around Taipei 101 became noticeably busier with more people trading cars and mopeds for walking.

Before the show started, Taipei 101 showed a series of greetings in different languages to all those coming to experience New Year’s Eve in Taipei. 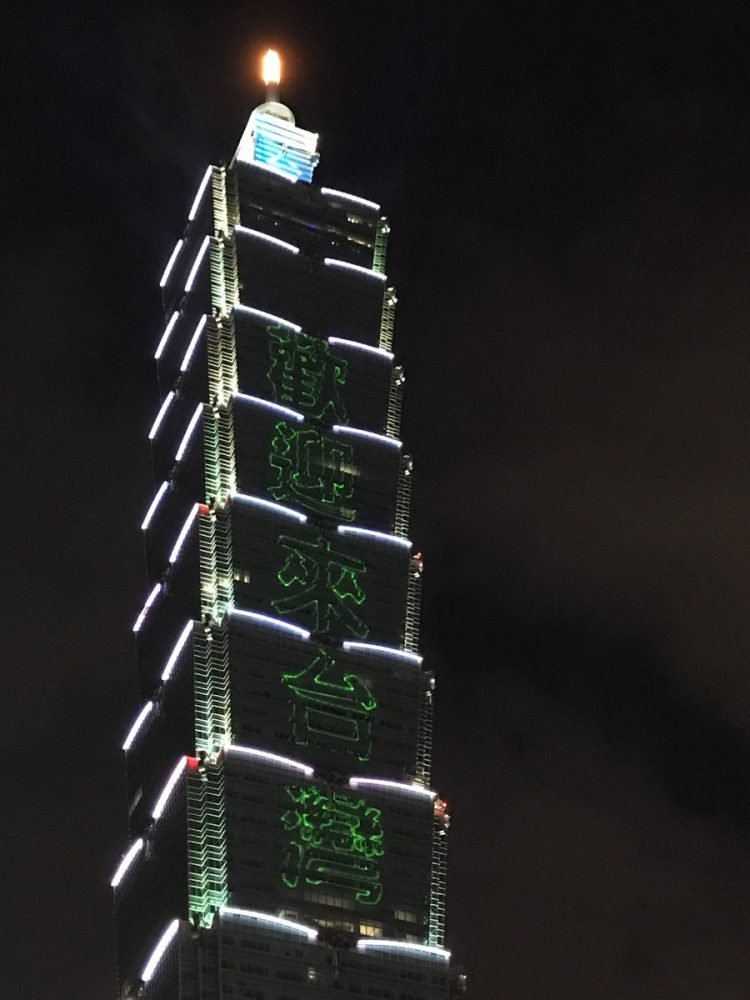 Here’s a video that I recorded of the show:

After the show, we made our way down to street level to enjoy some of the concert that continued into the night. We also found a street vendor selling sparklers.

It was the perfect way to end the old year and begin one anew.