Enjoying the Best Sushi in Vancouver

When I asked for recommendations in Vancouver, British Columbia, one place that came up time and time again was Miku. Upon closer inspection, I found out that Miku was one of, if not, the best sushi restaurants in the city. When looking for places to take our friends, it was a no-brainer with the number of accolades.

After a long day of exploring downtown Vancouver, we joined our friends to savor the flavor of Canadian sushi.

With a large luggage in tow, the hostess was nice enough to store it for us. Soon enough, we were taken past the open kitchen to the back of the restaurant where we were seated in a water-facing booth. 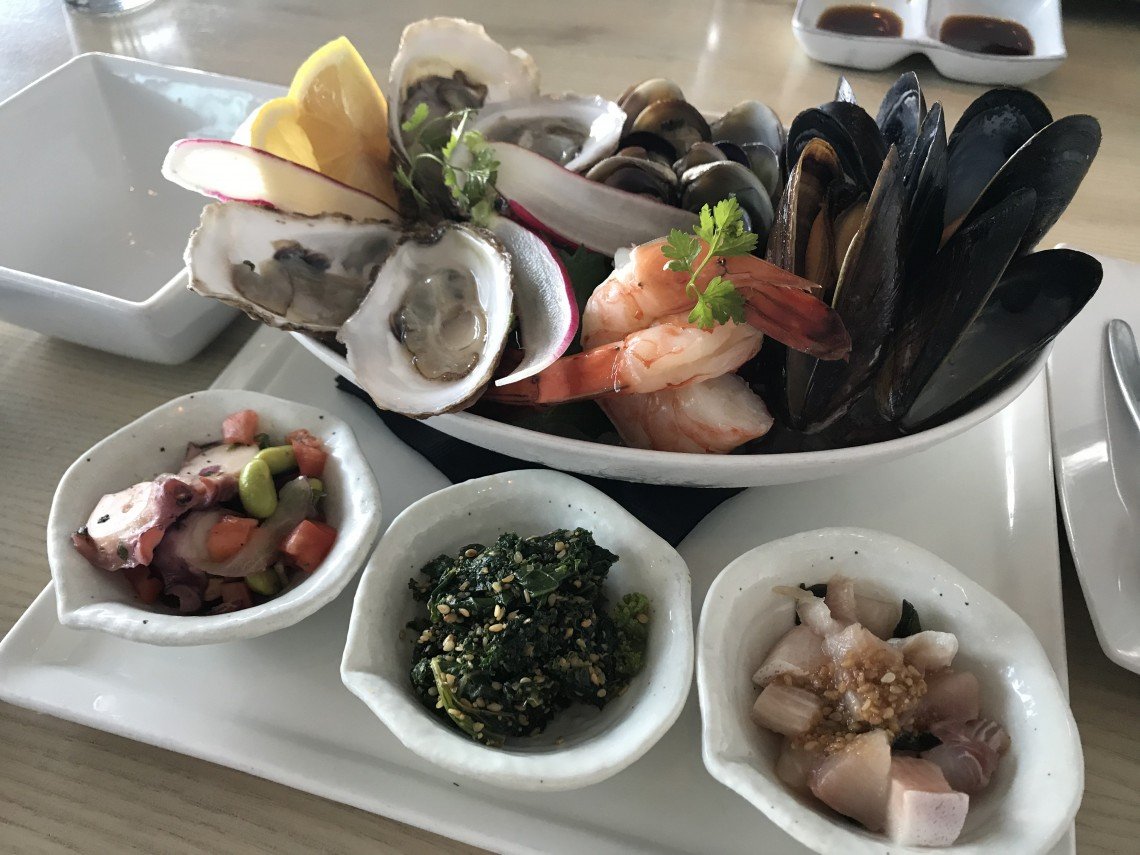 Every part of this platter was well-done and left me wanting more. 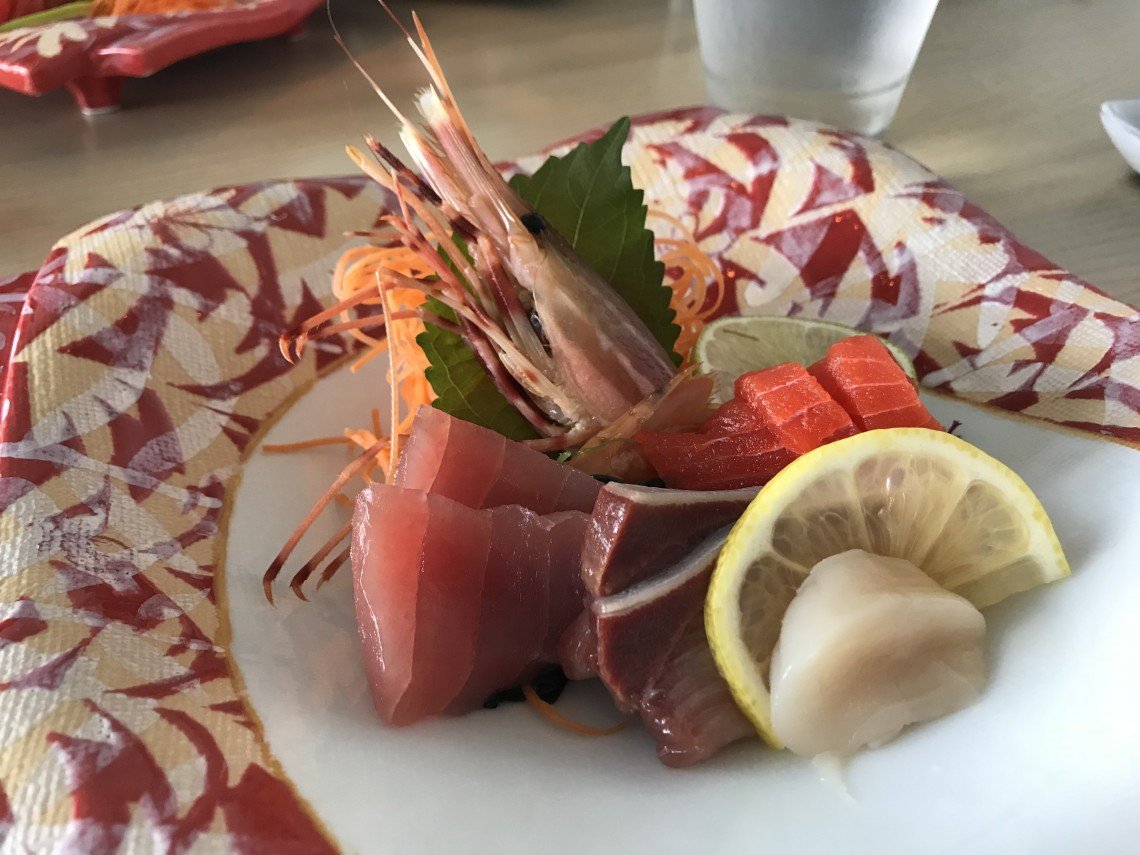 Next up was the Chef’s Selection Sashimi. 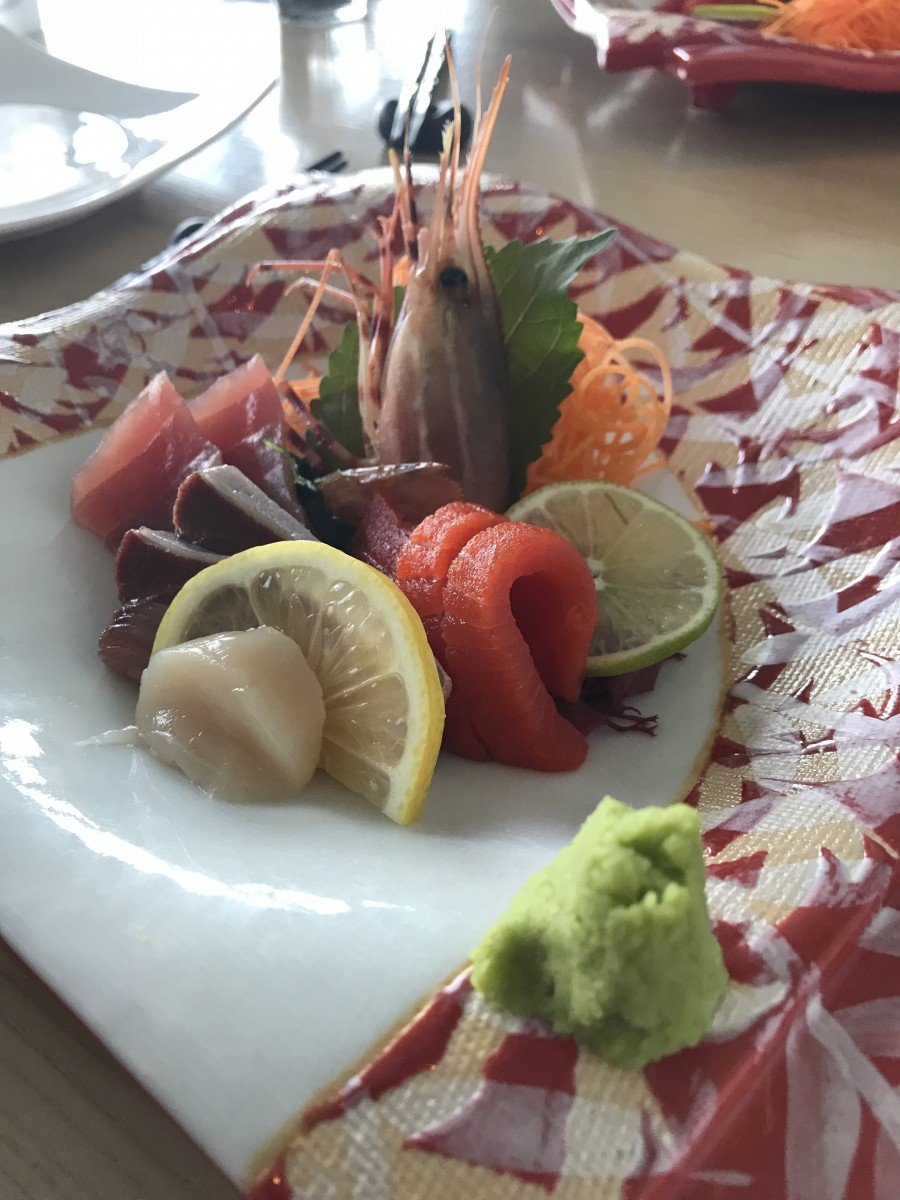 The ama-ebi was one of the better sweet prawns that I’ve ever had. I could really taste the freshness of many of the ingredients used including the sashimi. 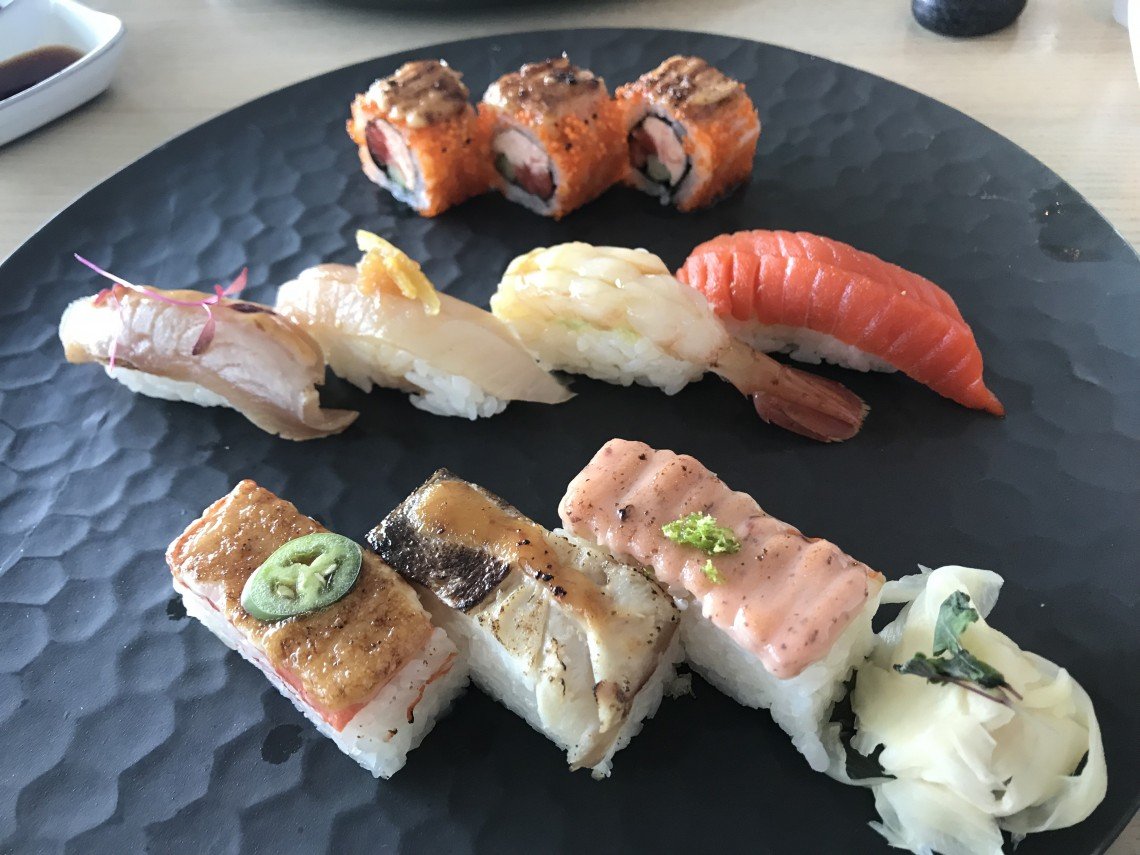 Hearing a good things about the aburi (flame seared) sushi from our friends and others, we knew we wanted to get some kind of sushi also.

To finish our meal, we got the Miku Signature Selection: an assortment of aburi sushi, nigiri, and speciality rolls. 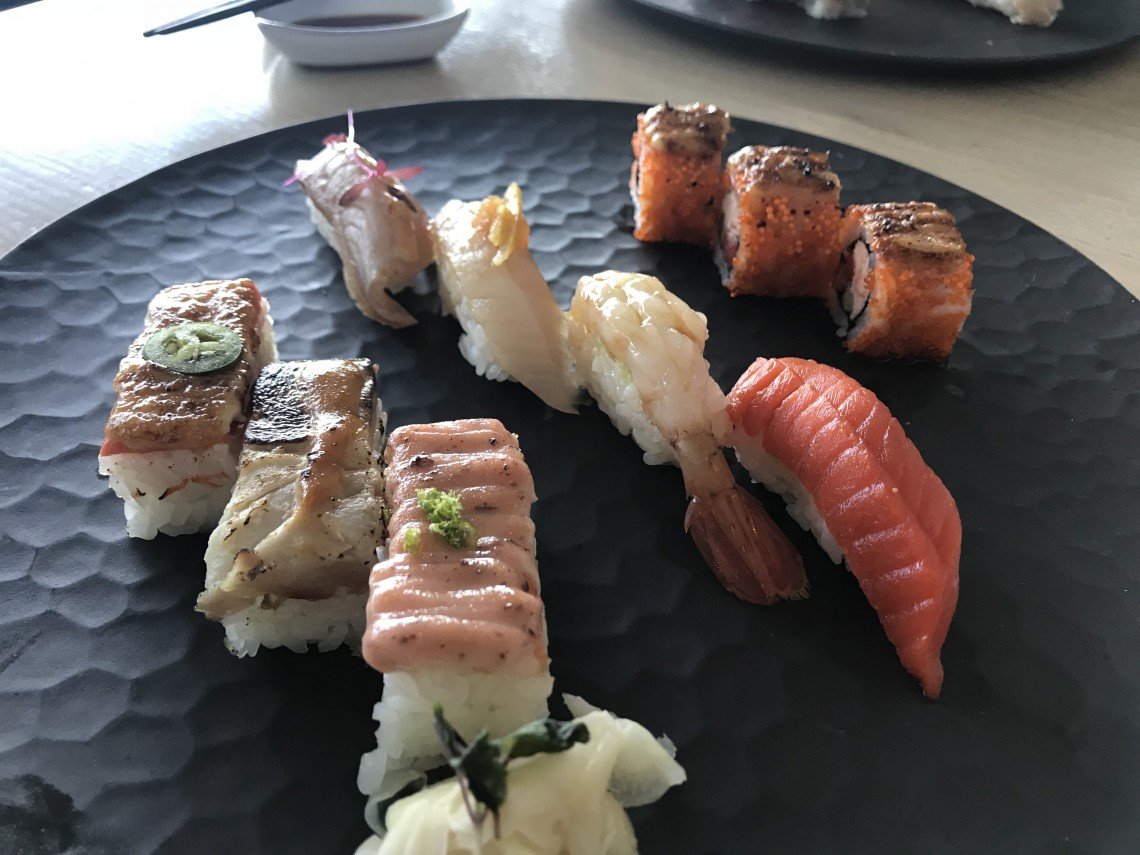 What arrived was almost too pretty to eat. Almost every piece of sushi had some kind of adornment on top that was delicately placed. Even the plain-looking shrimp had a thin layer of glaze applied. This care showed in terms of the complex flavor of many of the sushi items.

Now, although each dish was great, I kept on wanting just a bit more.

Do a search on Yelp and you’ll find Miku in the number two spot of most rated places. Relatively speaking, Miku hits a lot of positive notes.

The location is great—next to the waterfront. We had a view of North Vancouver from our table. The seafood tastes super fresh. I would place the freshness a notch under the freshness of the seafood I’ve had at Addiction Aquatic Development.

The main thing that’s missing, for me, is the value. For the feel of the restaurant and price, just a little more sashimi or pieces of sushi would have felt sufficient.

All-in-all, I can’t complain with the USD to CAD conversion.

If you’re in the area and looking for a flavorful meal at one of the top rated restaurants in Vancouver (and don’t mind splurging a little), give Miku a try. Your tastebuds will thank you.