Sharing stories about how good Addiction Aquatic Development (上引水產 / shang yin shui chan) was, I discovered yet again, that there was better seafood out there. To discover even better seafood, we headed to Budai Harbor Fish Market (布袋港觀光漁市 / bu dai gang guan guang yu shi) in Budai Township, Chiayi County.

From the outside, the building looked like an abandoned warehouse with baskets of discarded oyster shells outside. Inside, the market was more lively and you could tell both by sight and smell that you were in a fish market. 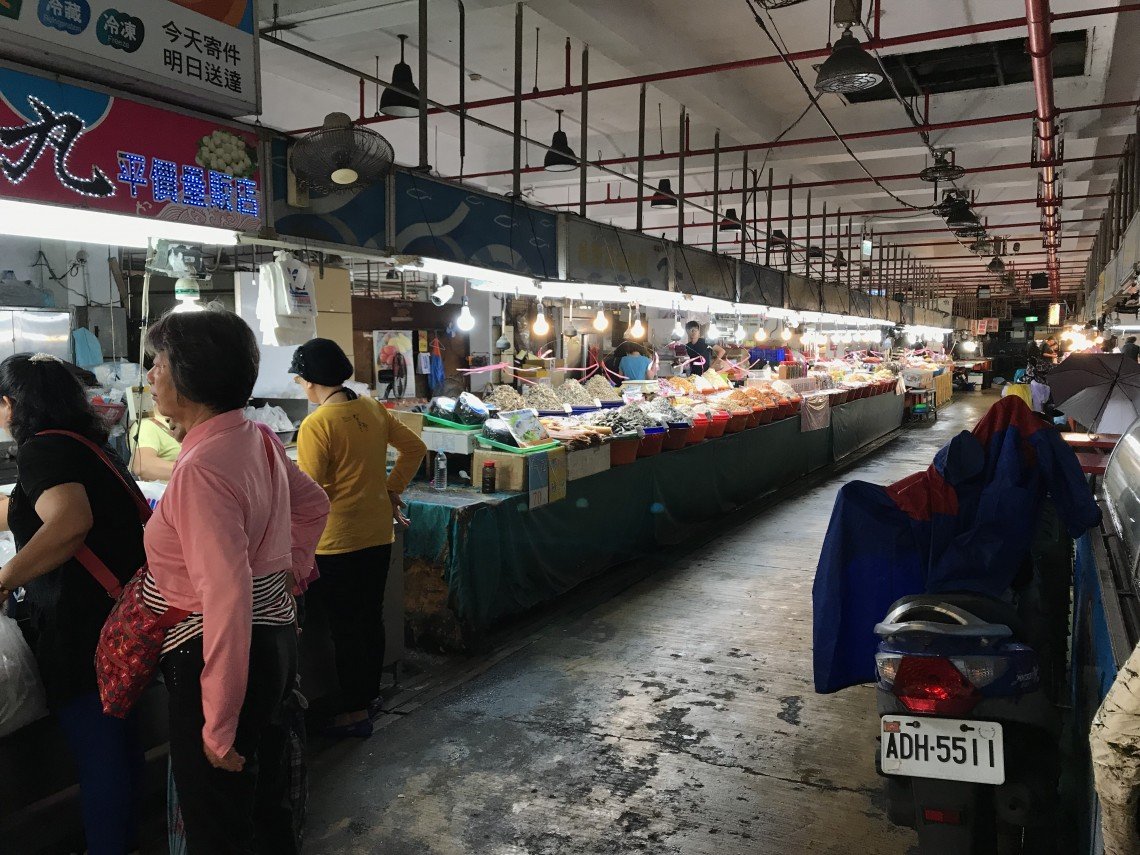 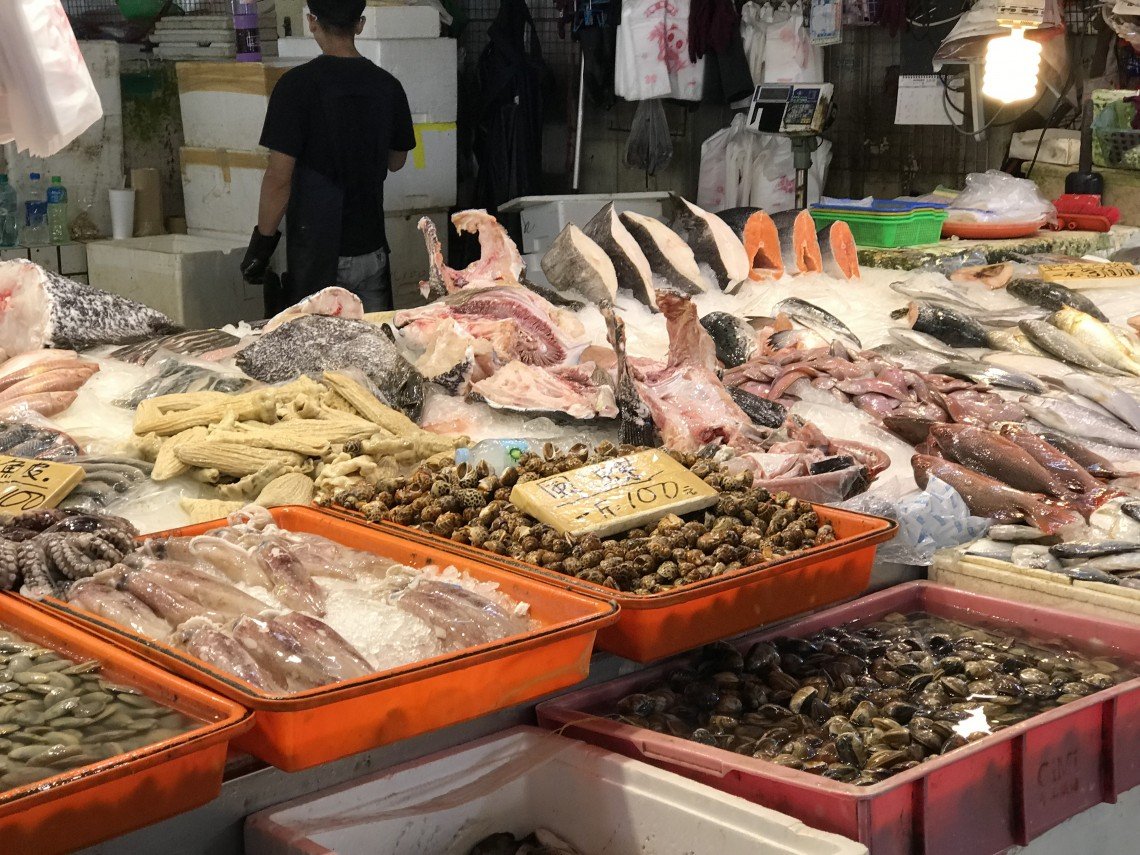 Vendors here really know their stuff and work at breakneck speed in the case of this woman shucking oysters. 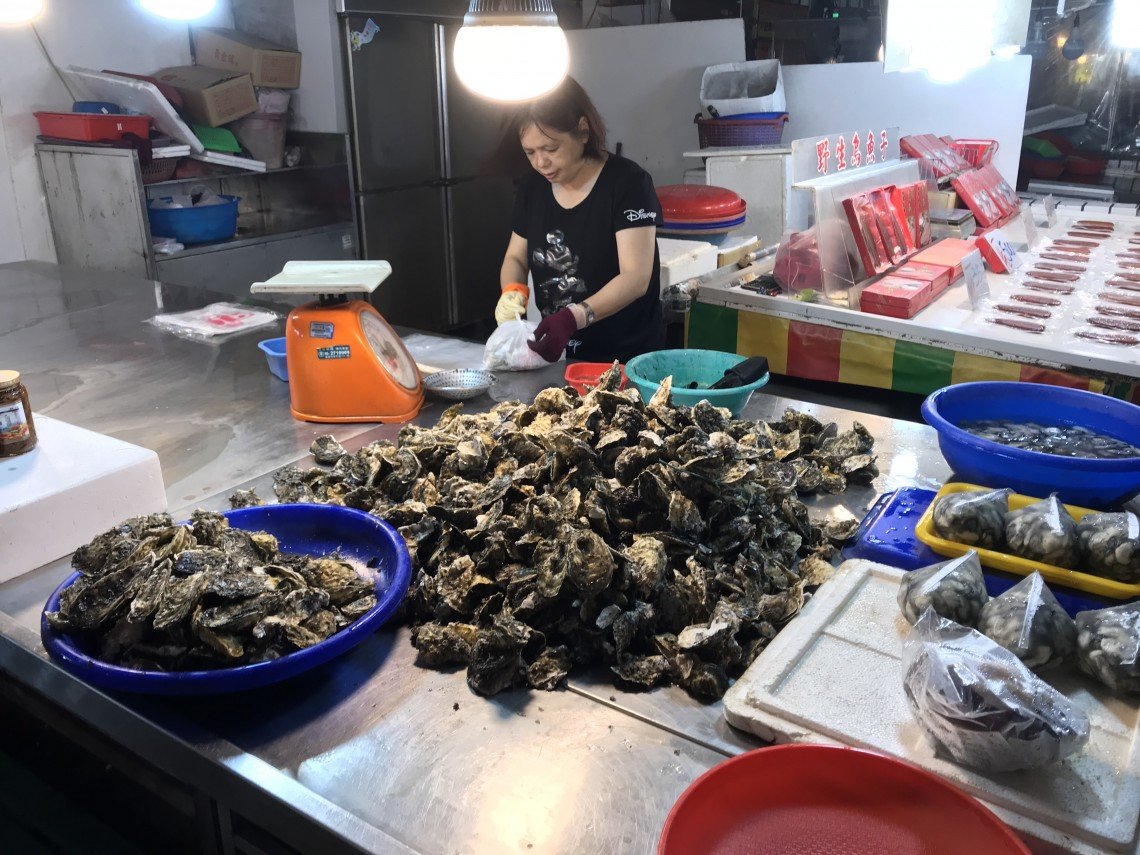 In addition to fresh seafood, the market also had vendors selling dried fish, shrimp, and other sea life. 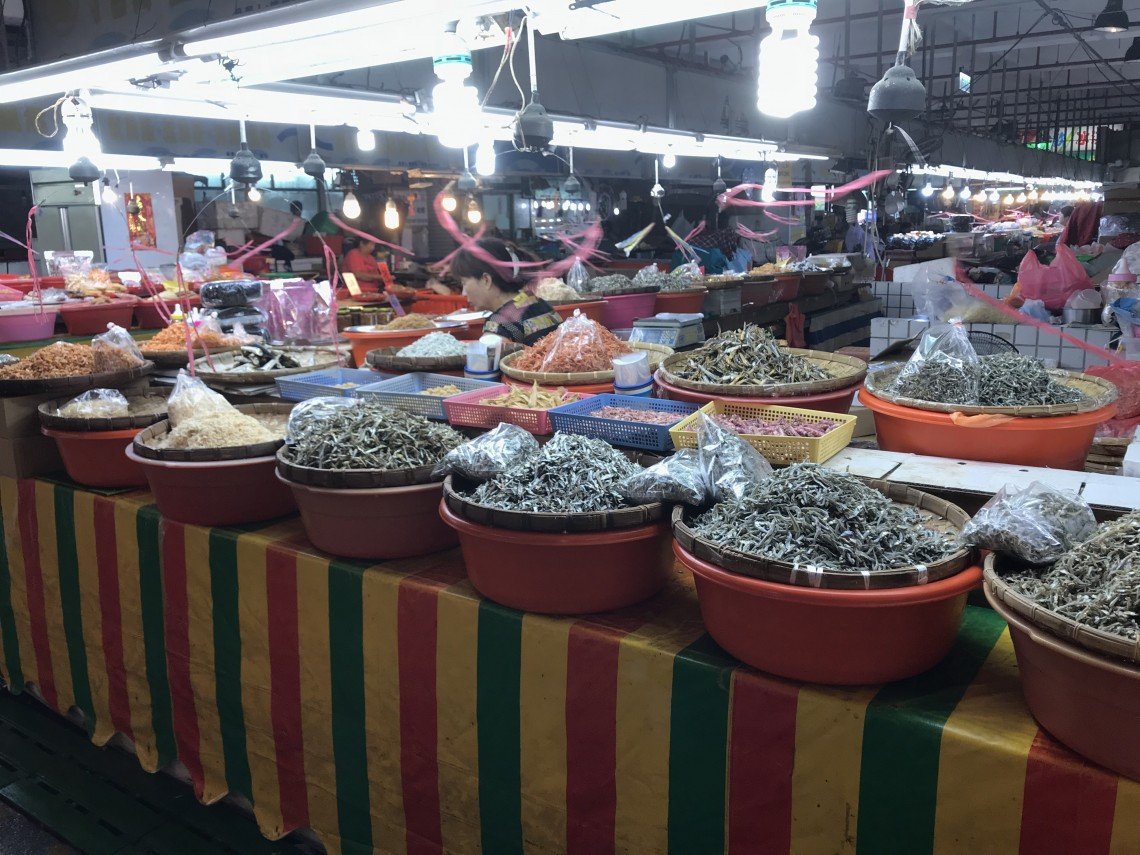 The crabs were tied up with little ribbons. 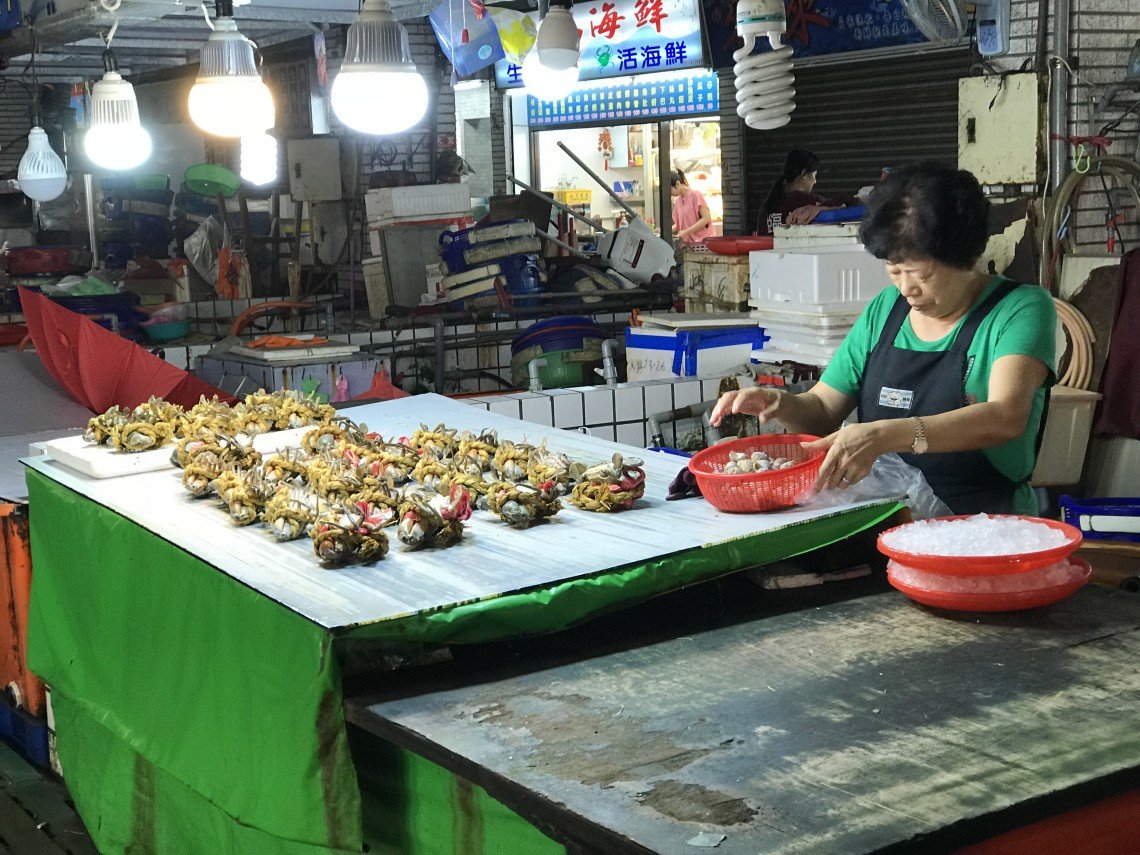 This is what many of the menus look like. Even if you can’t read the characters, you can at least point to what it is that you want. You’ll want to figure out what you want covertly as most of the restaurant-keepers were very aggressive in wanting you to sit down. Maybe this would be different during the weekend though when I would presume there would be more people. 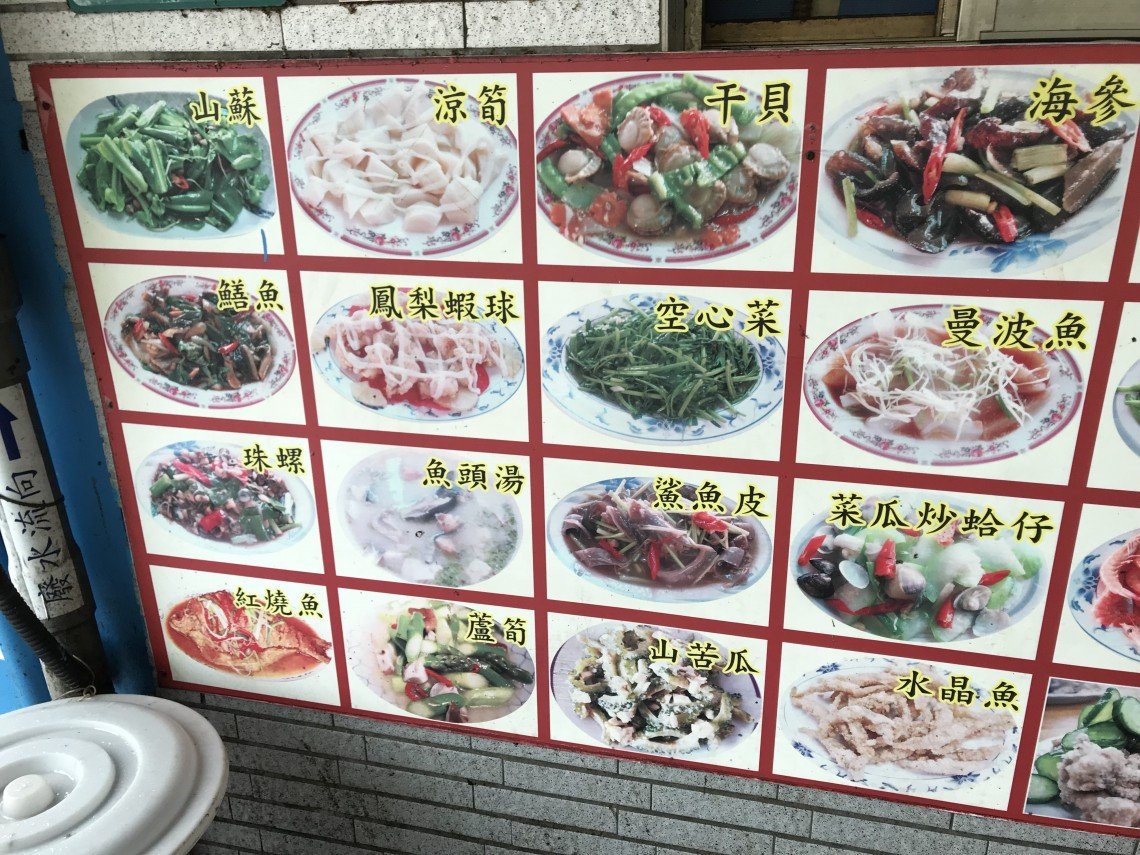 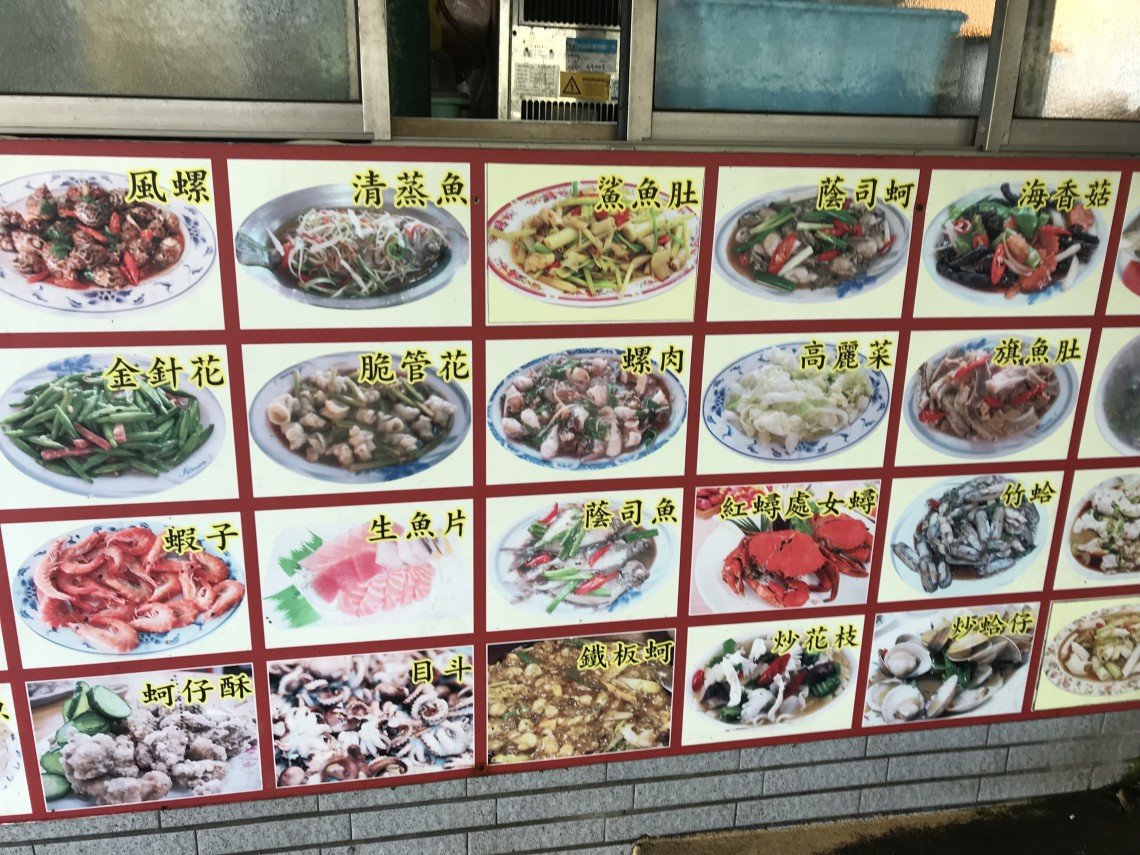 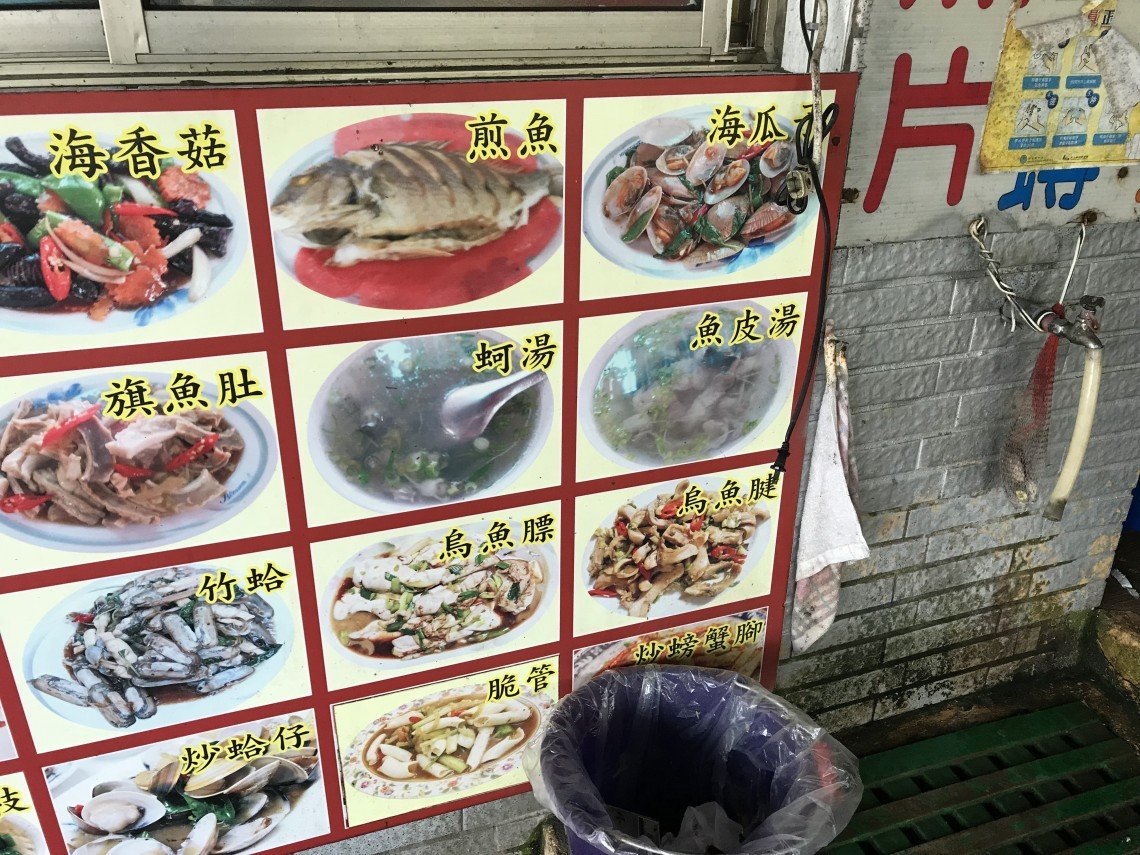 After much browsing around, we settled on the least aggressive shop owner.

Apparently the name of the restaurant was 尚好吃平價海產 (shang hao chi pin jia hai chan). After sitting down, we were given a menu were we were able to choose around eight different seafood items. These were then prepared in different ways ranging from soup to stir-fried. Here are the various dishes, including baby octopus with ginger, some kind of seaweed, lipstick worm, oyster pancake, noodles with fish, seafood soup, and a clam dish: 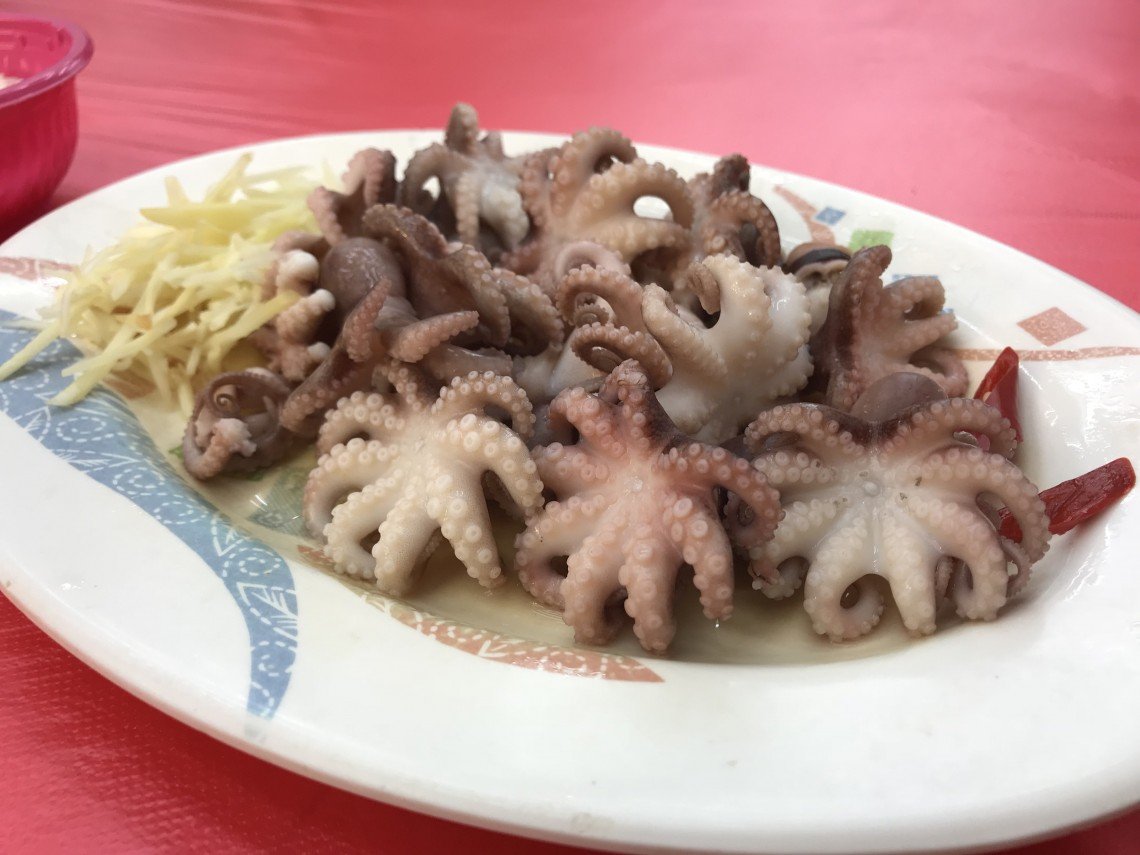 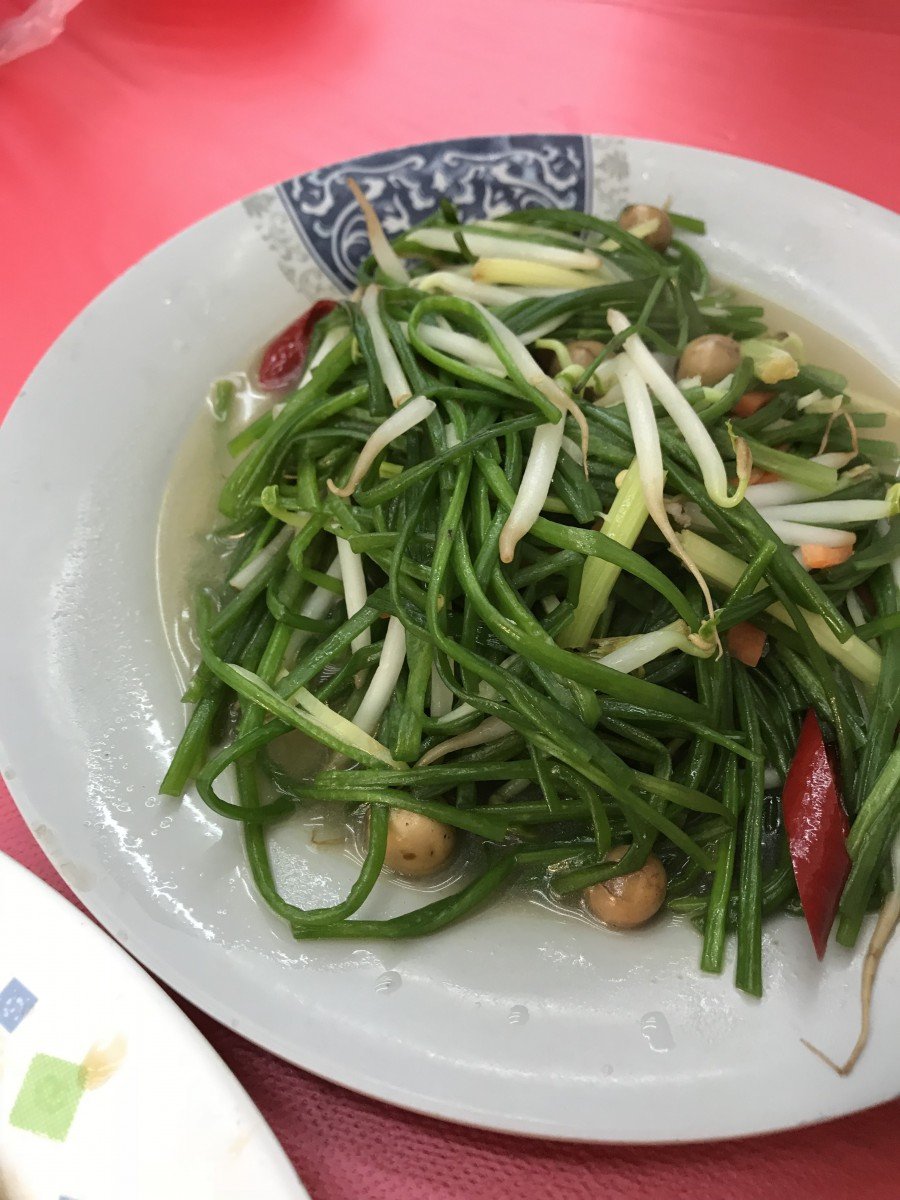 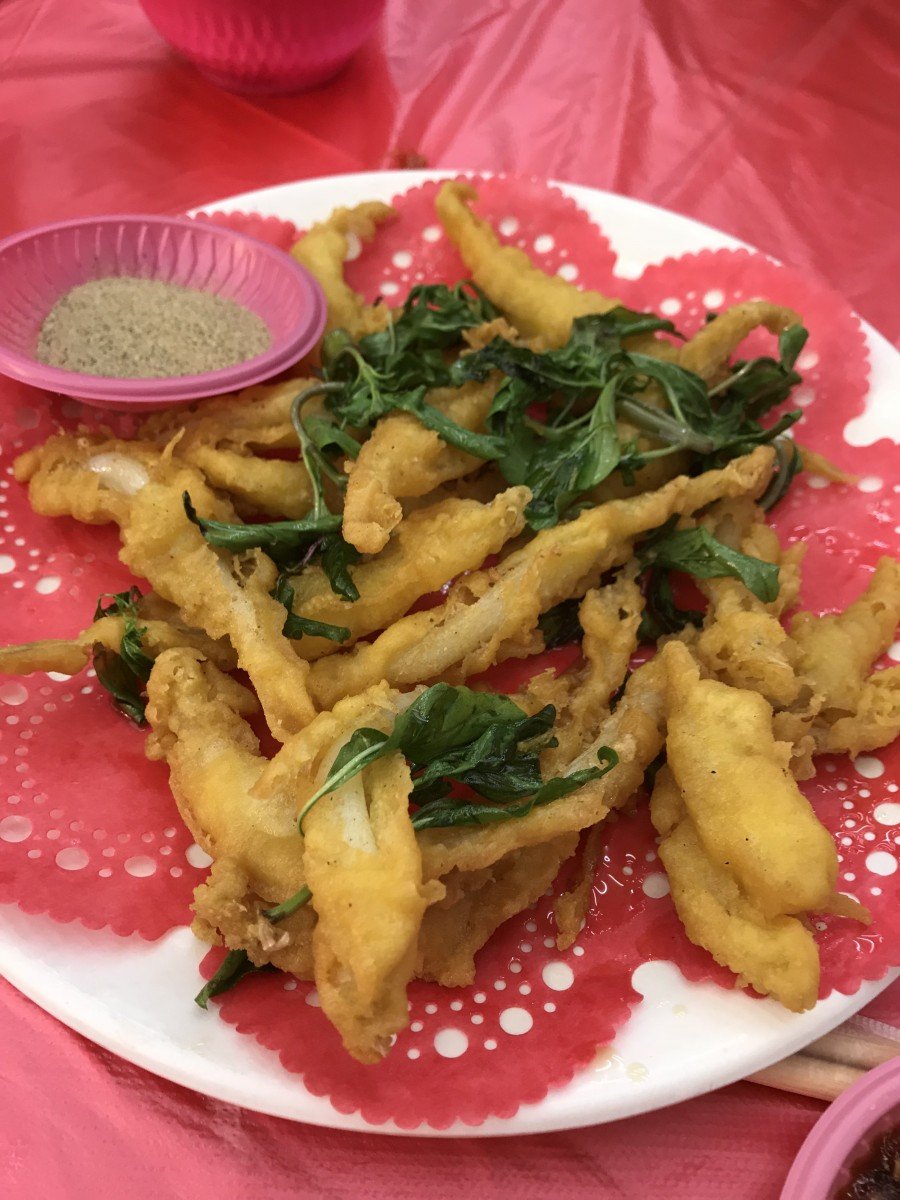 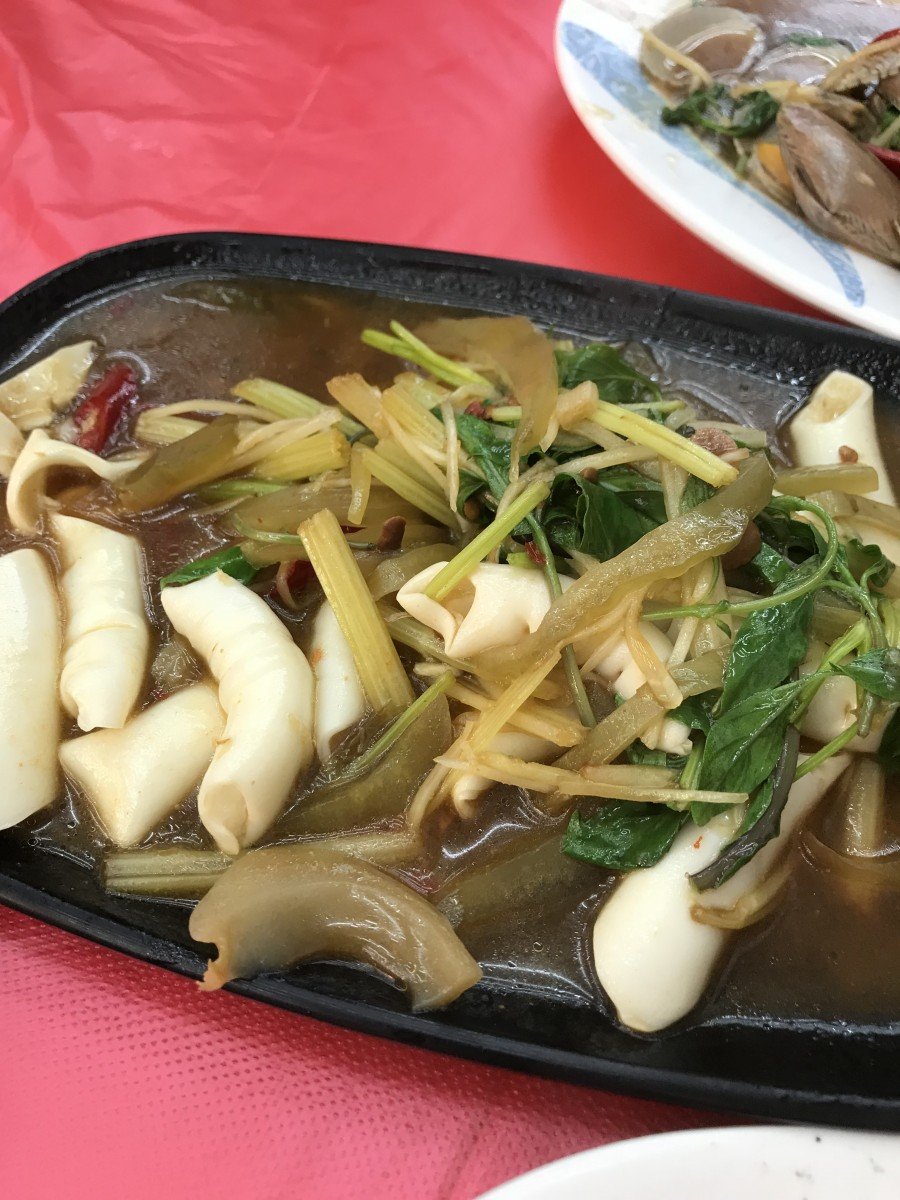 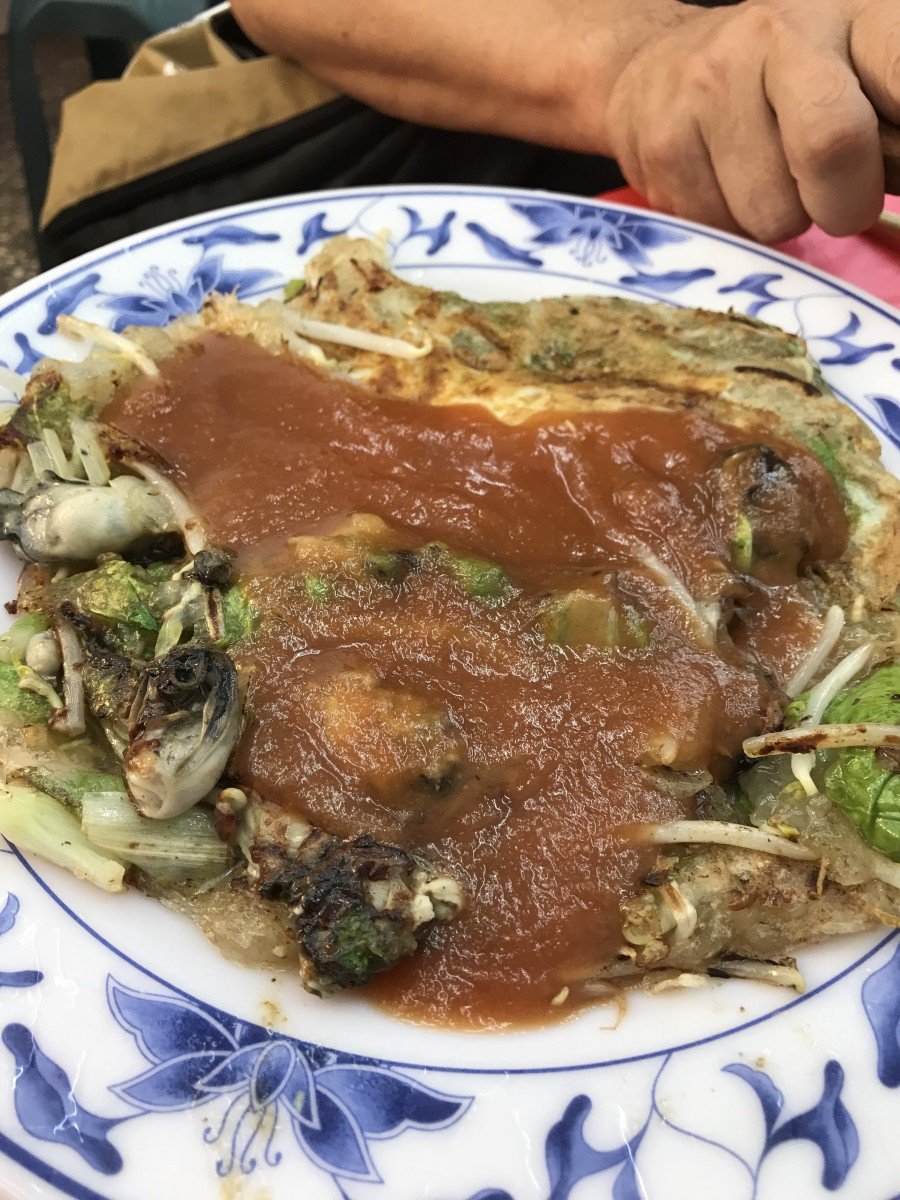 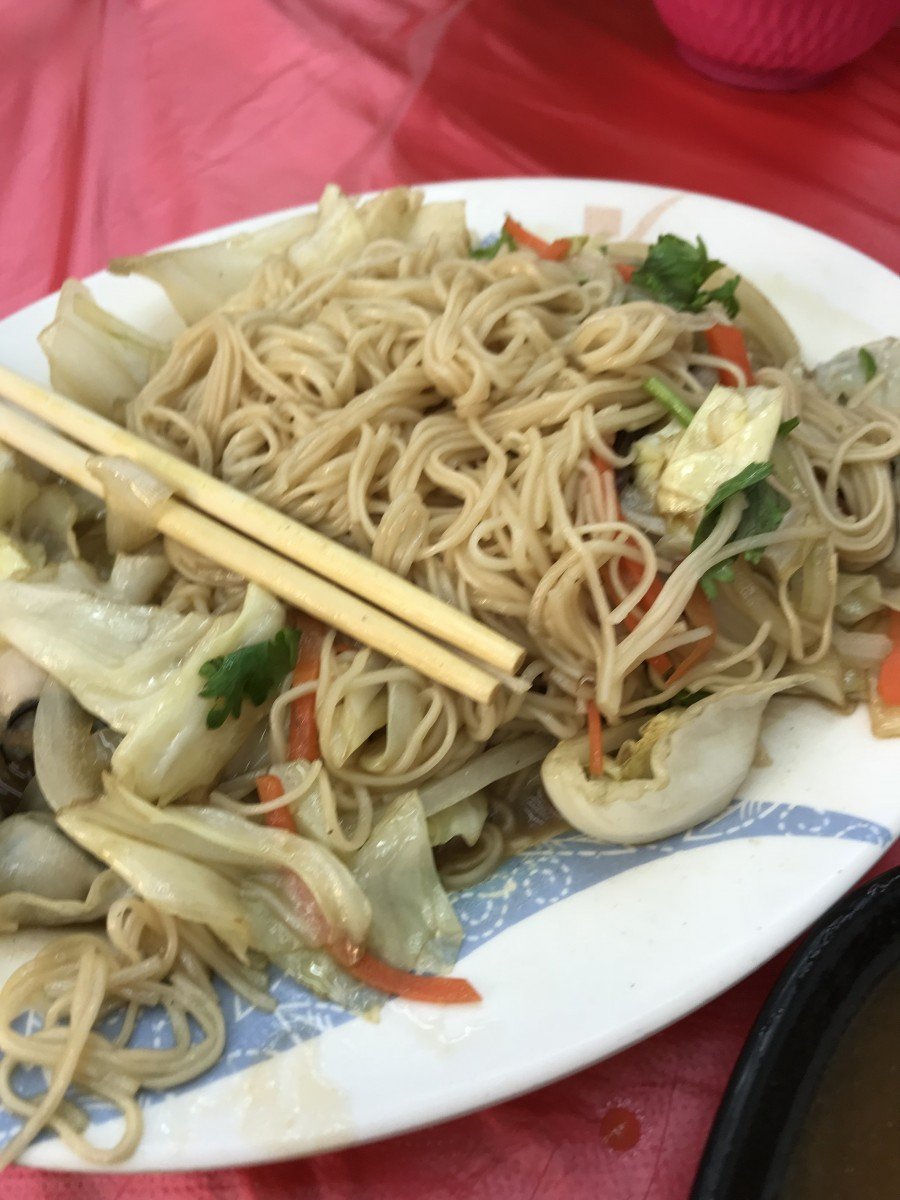 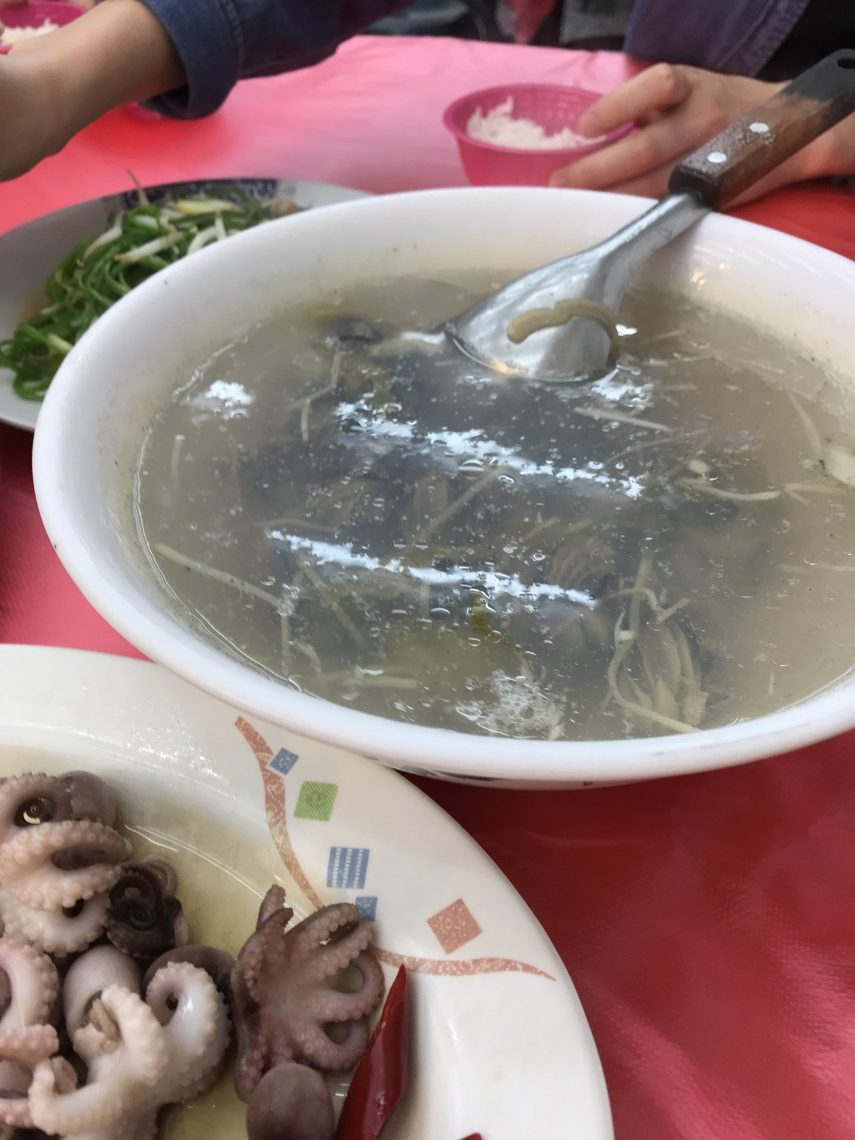 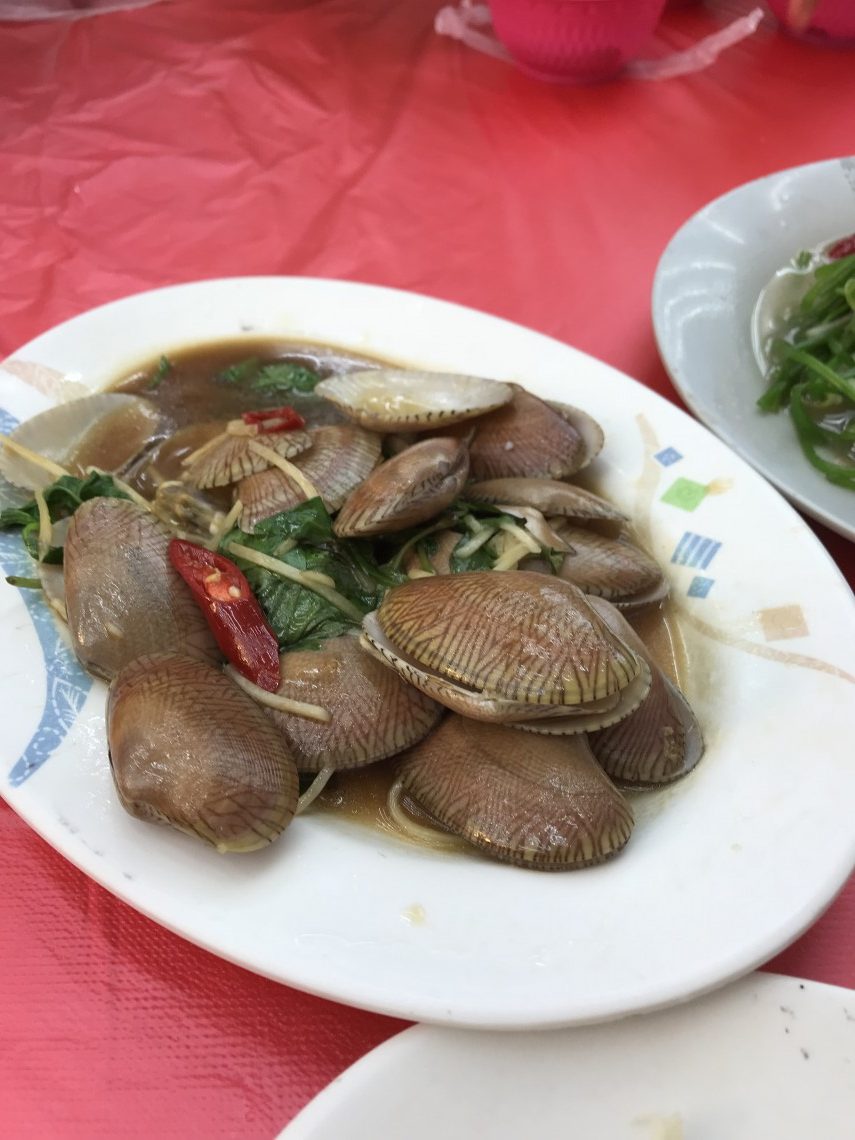 This definitely ranks up there as one of the top meals I’ve had in Taiwan. It’s places like this, these diamonds in the rough, that really showcase the depth of what Taiwanese cuisine can be. Will have to come back and check off even more seafood items off the list.