English, Not so Good

Being a mostly English speaker in a land of Mandarin (普通話 / pu tong hua), I found it nice to occasionally see English. Though Taipei has more signage geared towards English speakers, outside of the more touristy areas, most of the island is pretty Mandarin-centric. Turn on the radio and travel down the coast and you’ll even come across Taiwanese (臺灣話 / tai wan hua) representing about 70% of the population. Most of the English that I found outside of these tourist areas was slightly off and seemed to be used for a different reason—marketing.

Possibly because of the perception of English as a global language, English signage popped up across Taiwan. More often than not though, the phrasing was slightly off.

Take, for instance, the signage from Georg Peck. 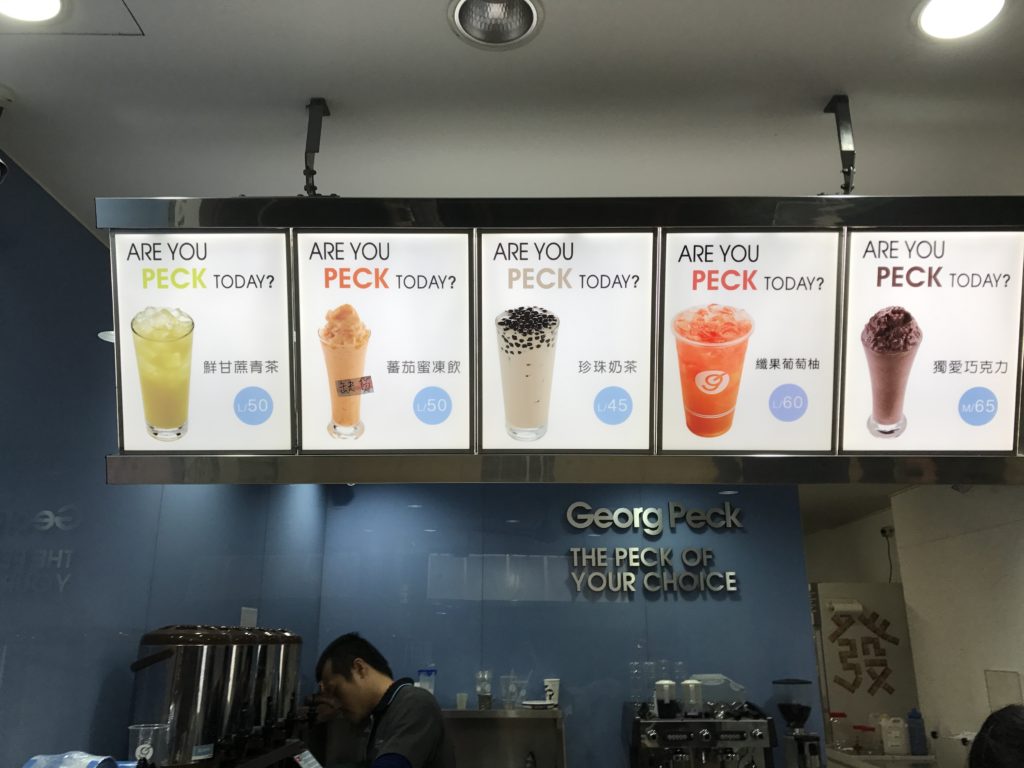 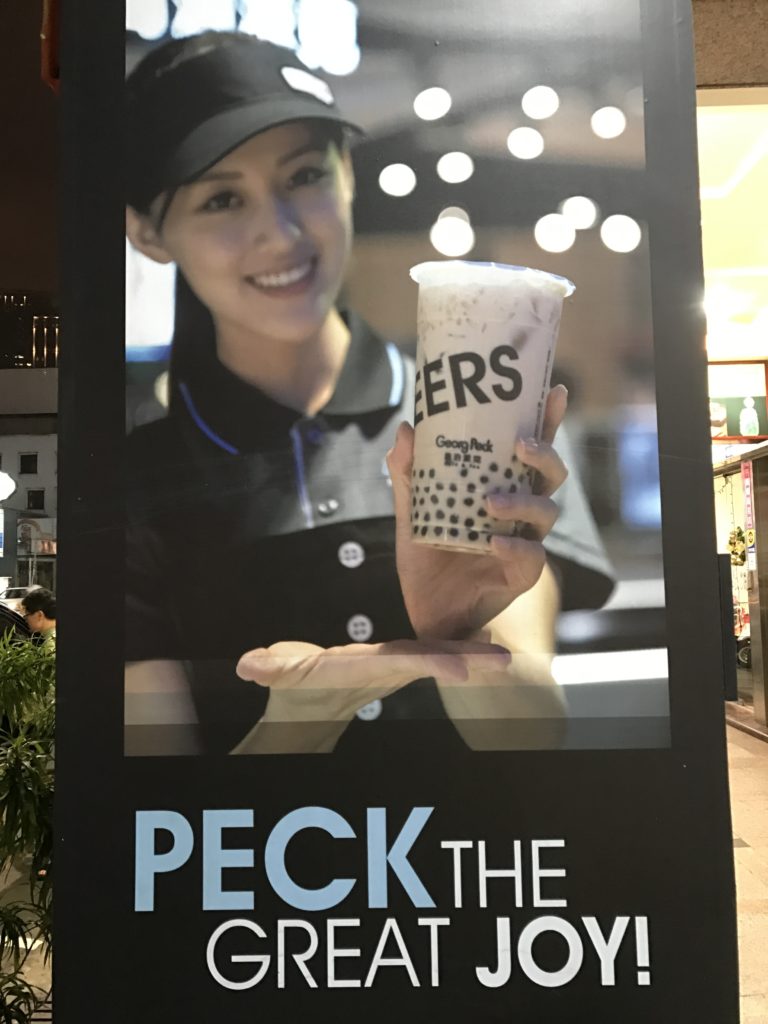 I immediately wondered if I never learned the true definition of peck.

Peck was being used as a state of emotion or wellness. It was also being used as a verb, but in a peculiar case. It wasn’t being used to mean to strike or pierce—unless the translation was pierce the great joy.

Regardless, I was confused.

I then thought maybe they meant “peckish,” an informal British term that means hungry.

I quickly decided to stop thinking about it and instead enjoy my tea. 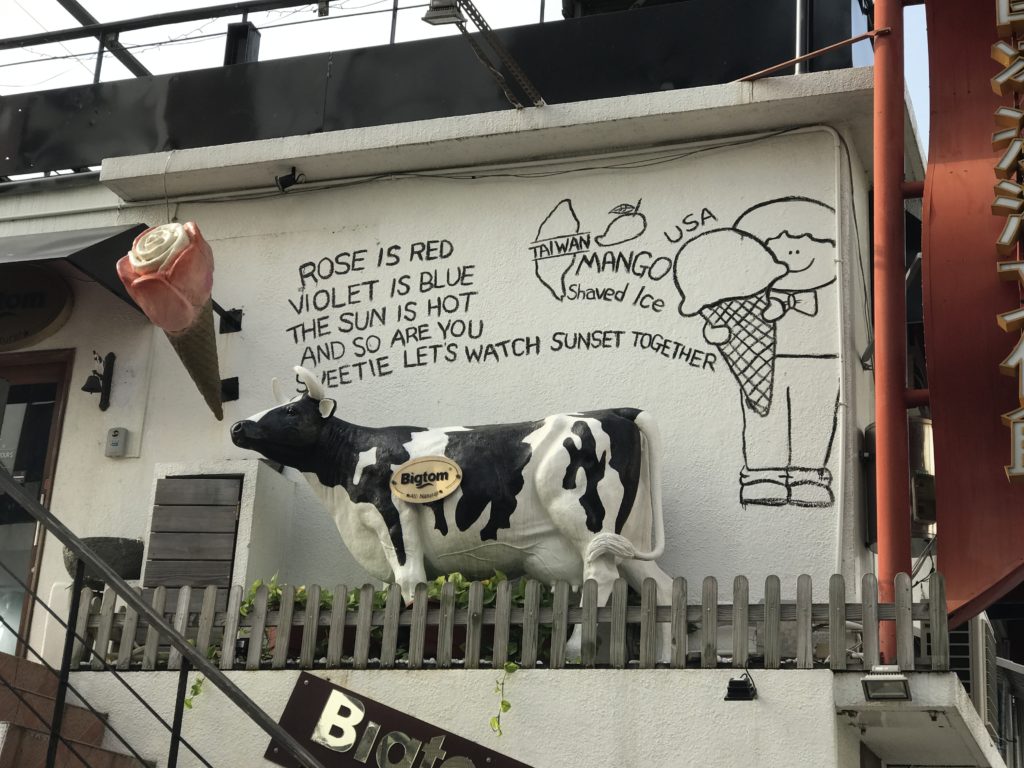 I came across other instances of English that were ever so slightly off, including this poem in Tamsui (淡水 dan shui). Not only is there punctuation missing, but the concept of poetic form is lost.

As I realized though, all of this English was never for me.

The usage of English was meant to give off an international appeal—as if to say, “We know English (that universal language we want to know), now come check us out!”

Like the usage of Chinese characters on clothing or tattoos in the US, English is used in the opposite manner to make what they’re selling more exotic and appealing. Though the dynamics of appropriation are slightly different in the US compared to Taiwan, it’s still refreshing to see English signage now and then—especially when you take into consideration that it’s main purpose is most likely to get people to buy more.

What are your thoughts on English usage abroad?