Donghai Night Market: Not to Be Overshadowed by Fengchia

In my quest to experience more of the night markets across Taiwan, I recently found myself at Donghai Night Market (東海夜市 / dong hai ye shi) in the western part of Taichung City (台中市 / tai zhong shi). Unlike the larger Fengchia Night Market, this night market felt more manageable and yet spread out.

We entered the market off of Taiwan Boulevard where we were immediately bombarded with large signs and billboards. 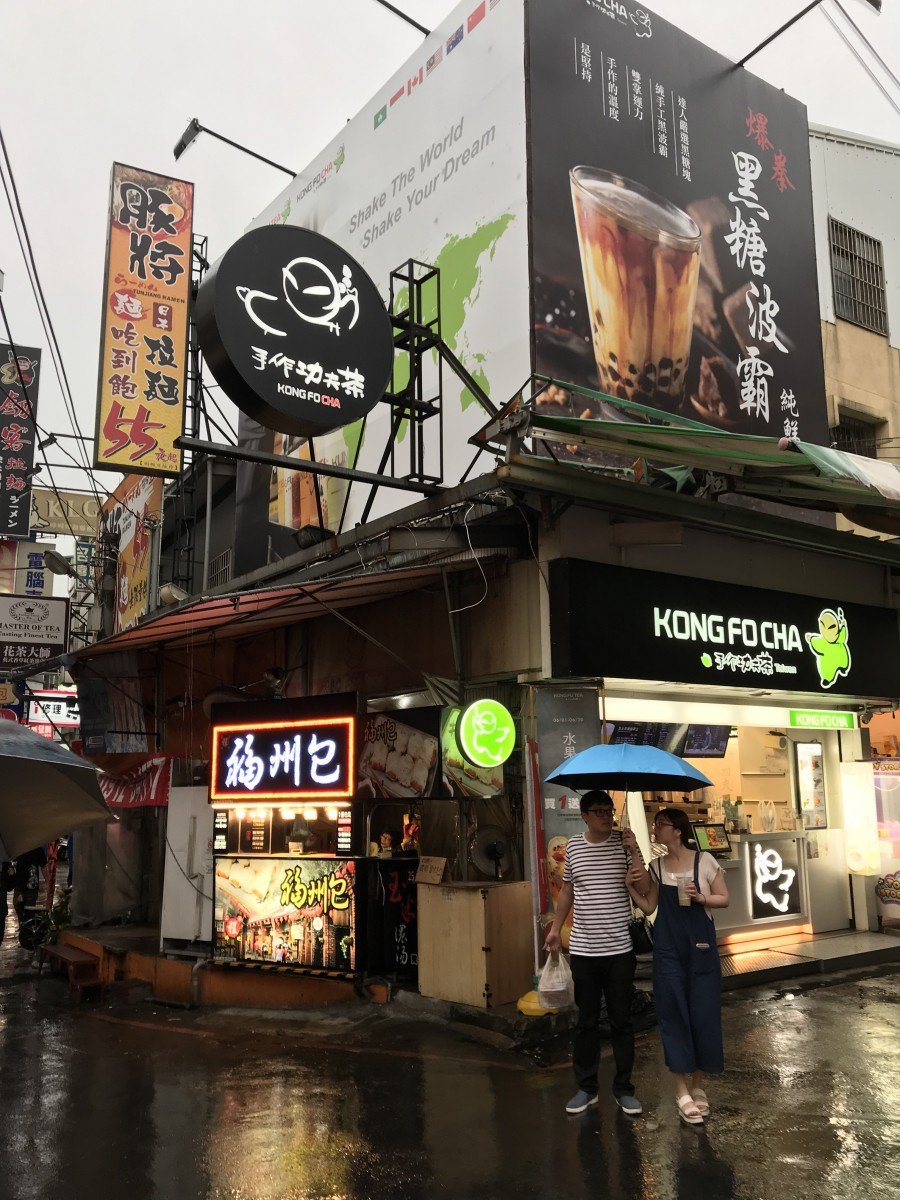 It was a rainy evening, so there were probably fewer vendors out than normal. That didn’t stop people from coming out to grab a bite to eat though. 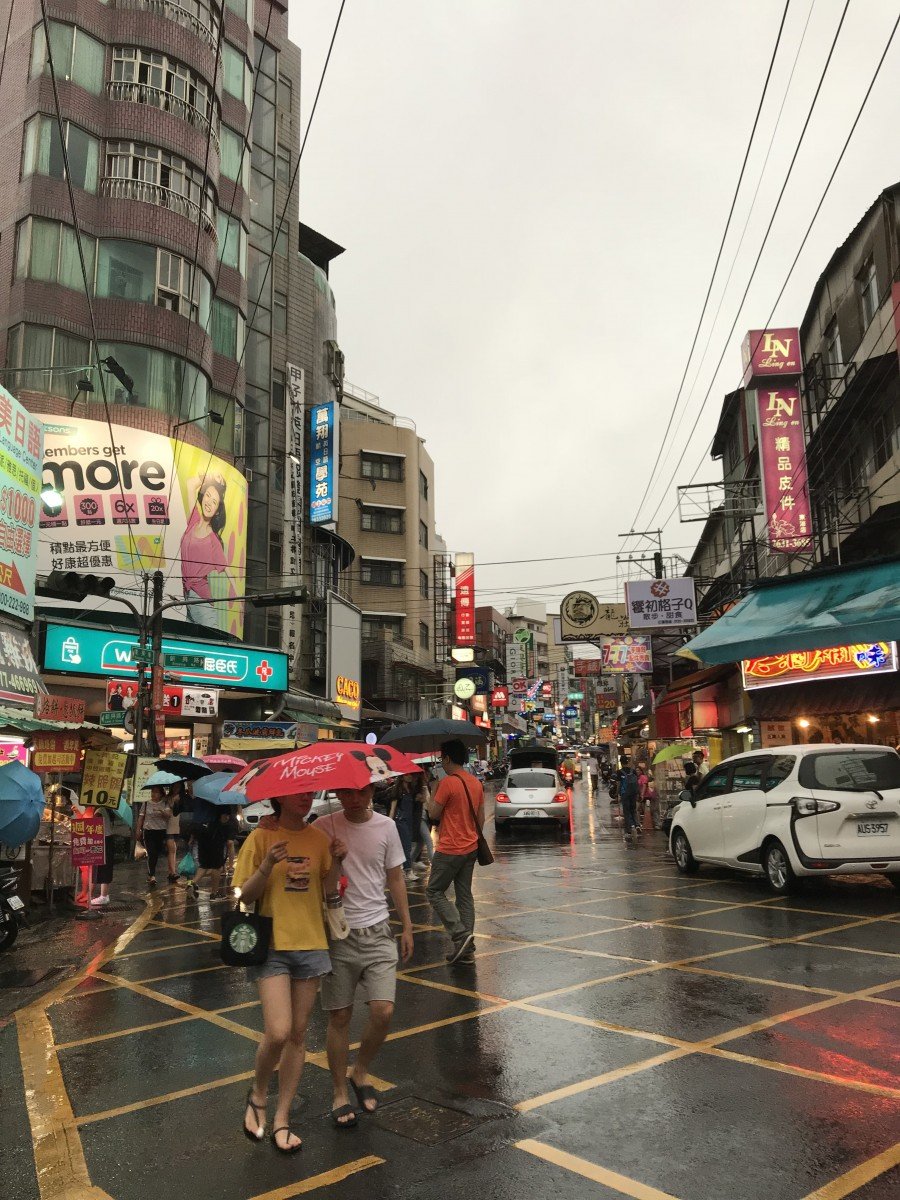 Whereas Fengchia has many large open streets, Donghai’s streets are much more narrow. The night market, consequently fans out in multiple directions. We decided to go up the hill. 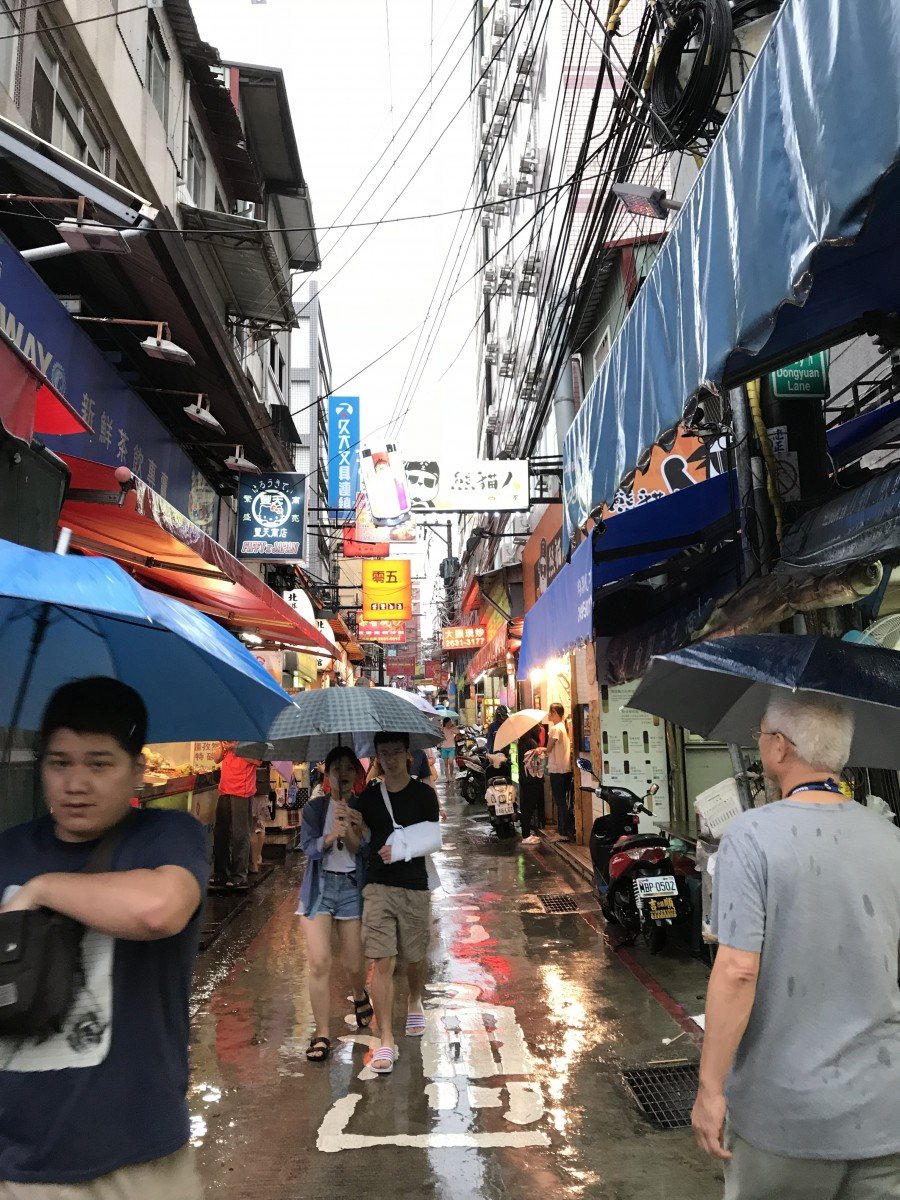 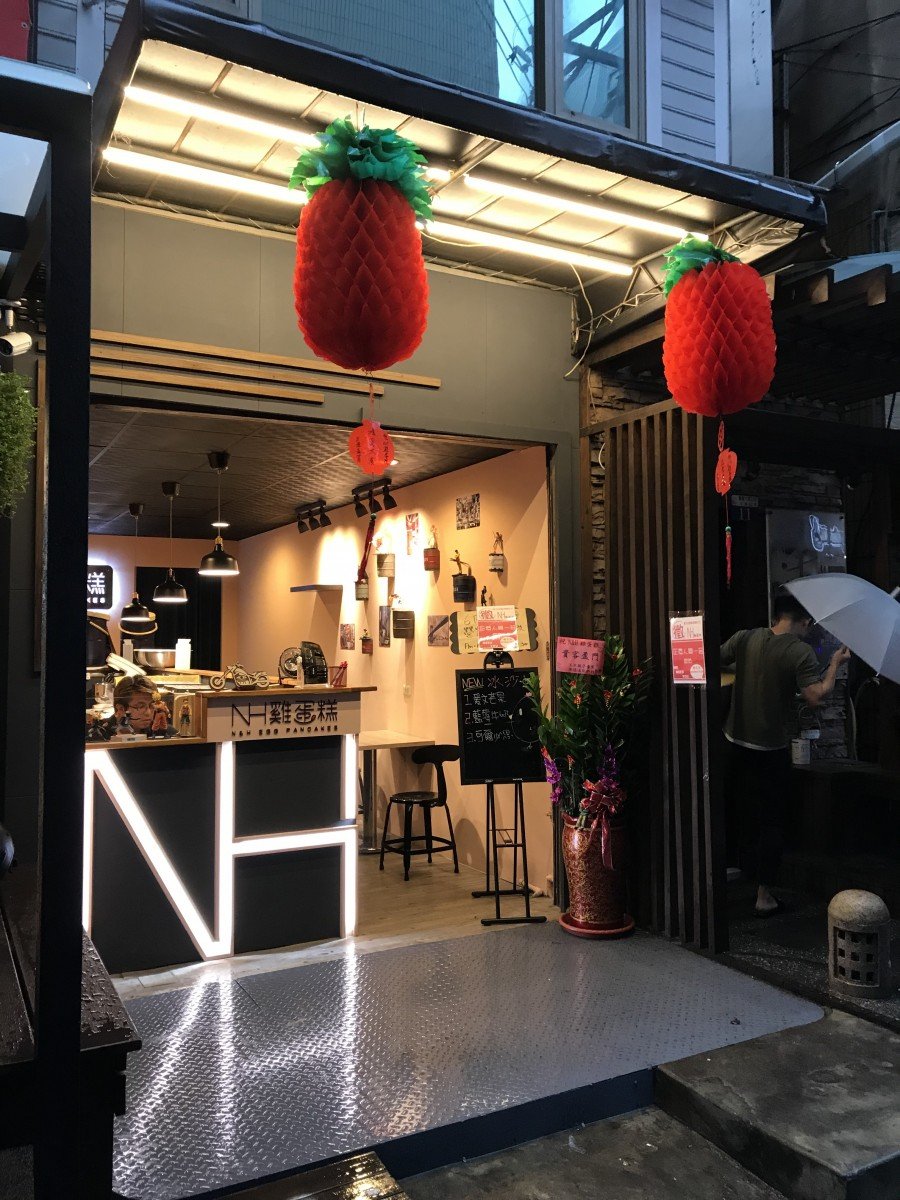 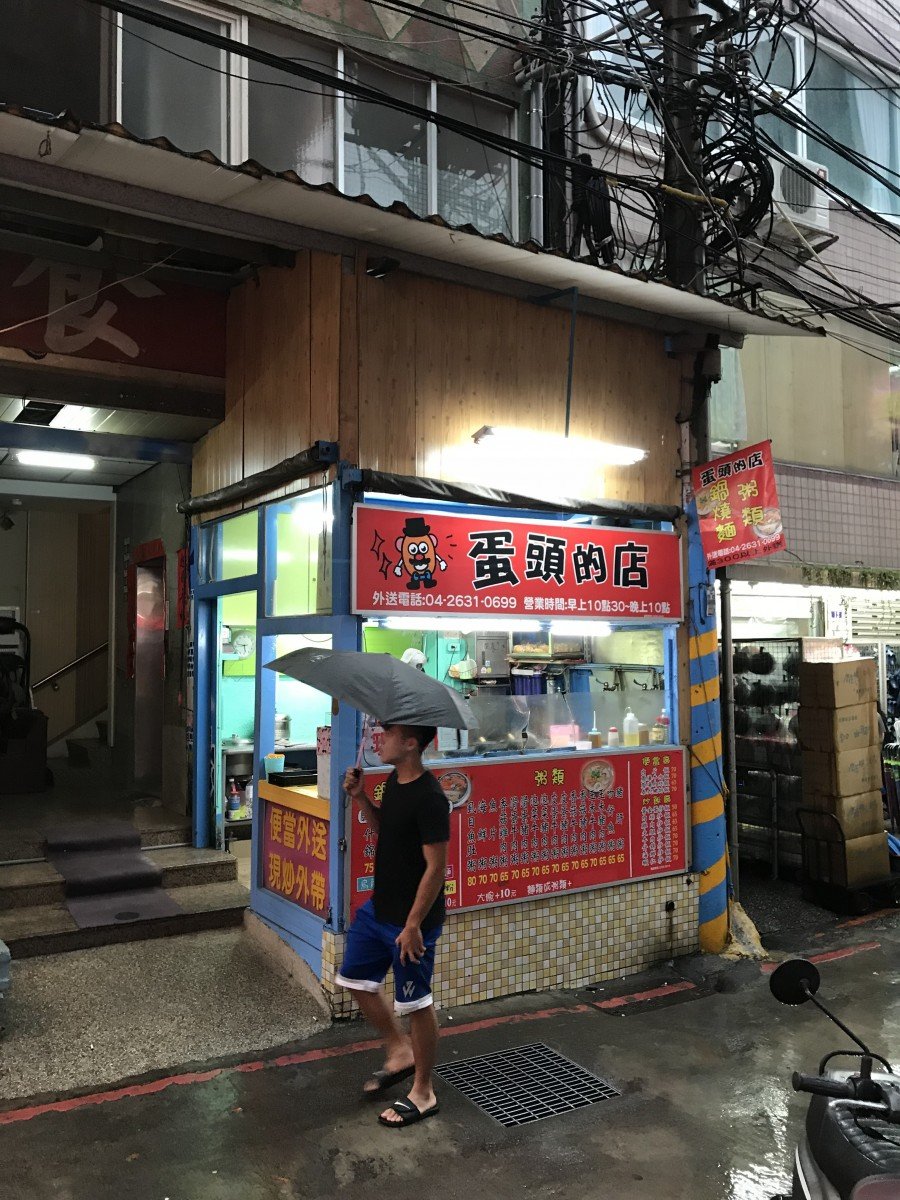 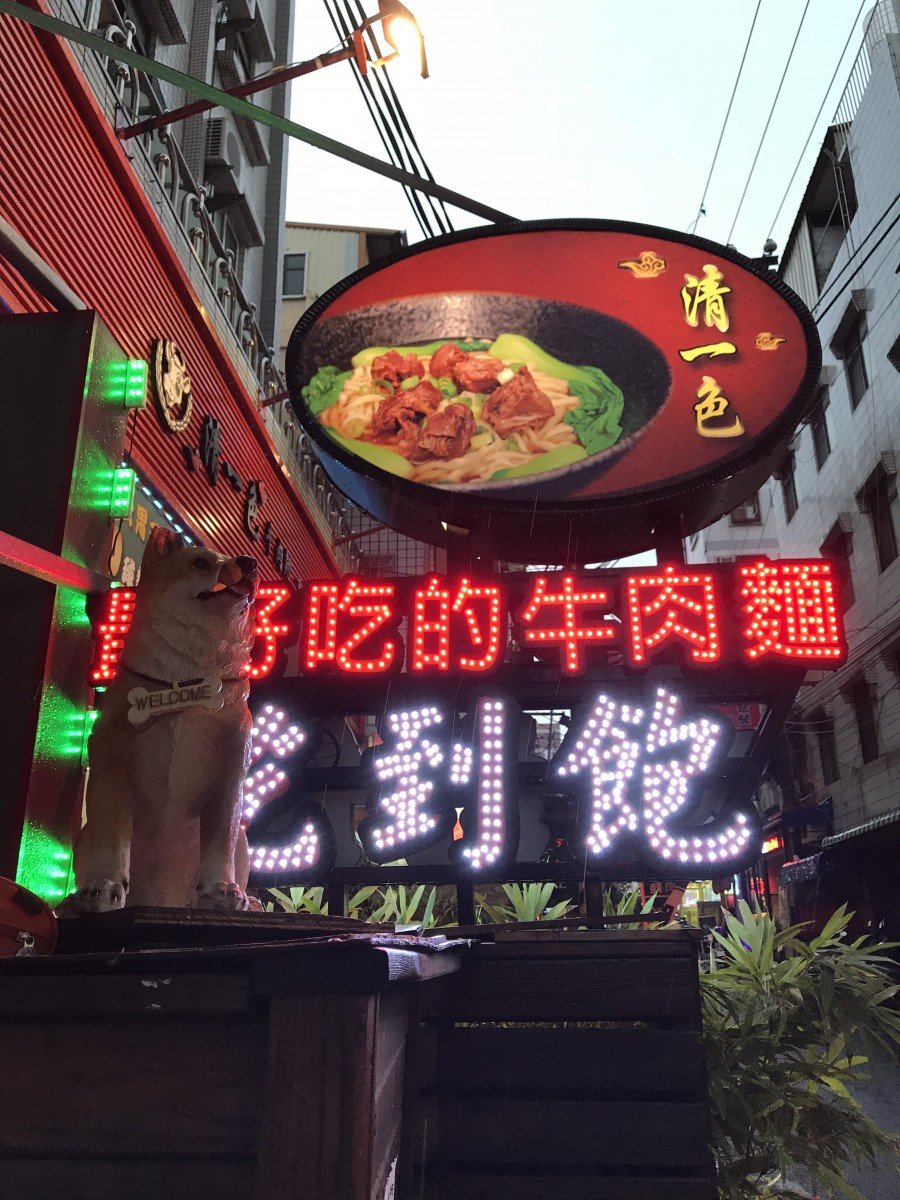 This was a curious sight in a claw machine store. I’ve never seen such small karaoke spaces before. Thought this was cool. If I was with a group of friends, I probably would have given it a try. Still, we were on the lookout for food. 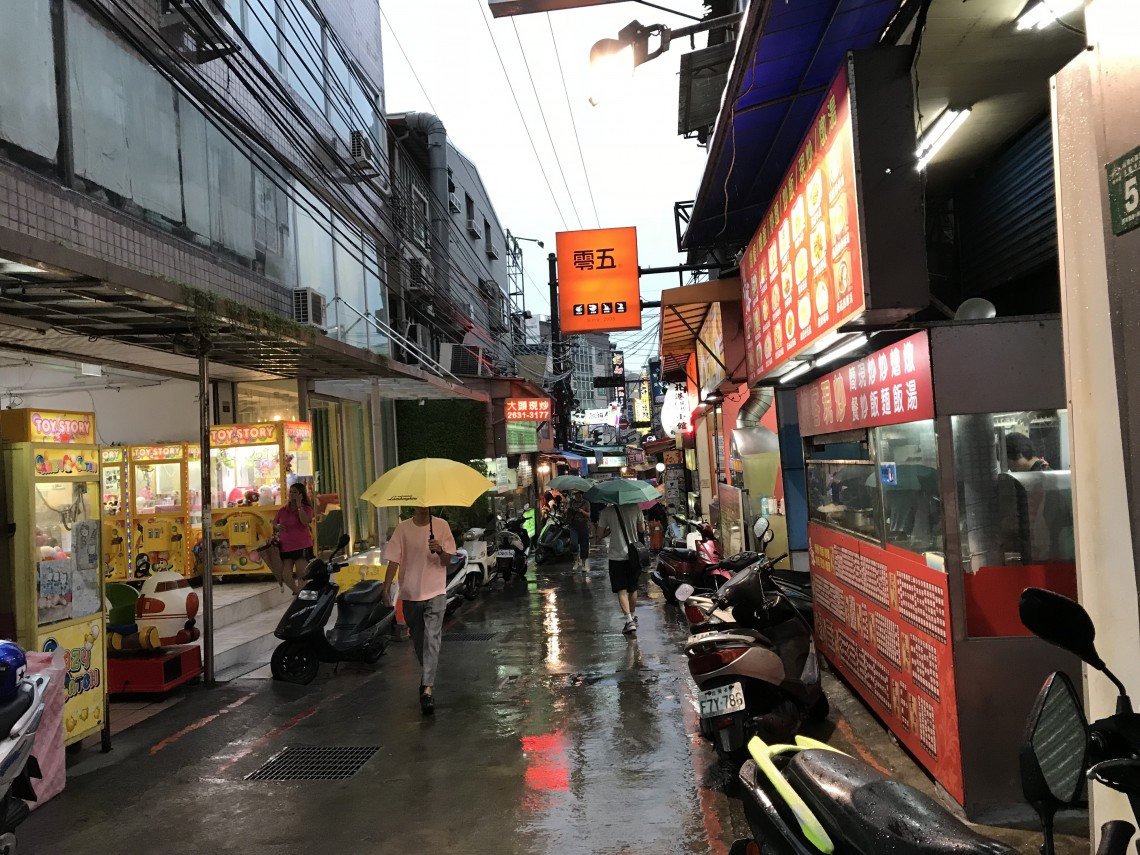 After stopping at a stationary store, we headed back to the entrance to pick up some steak (牛排 / niu pai).

We ended up eating at a place called 鉄板起事 (tie ban qi shi). They serve steak on a sizzling hot plate with noodles. Mine looks a little plain because it was done without garlic, but it was still yummy. They also served free soup with your meal in the back of the restaurant. 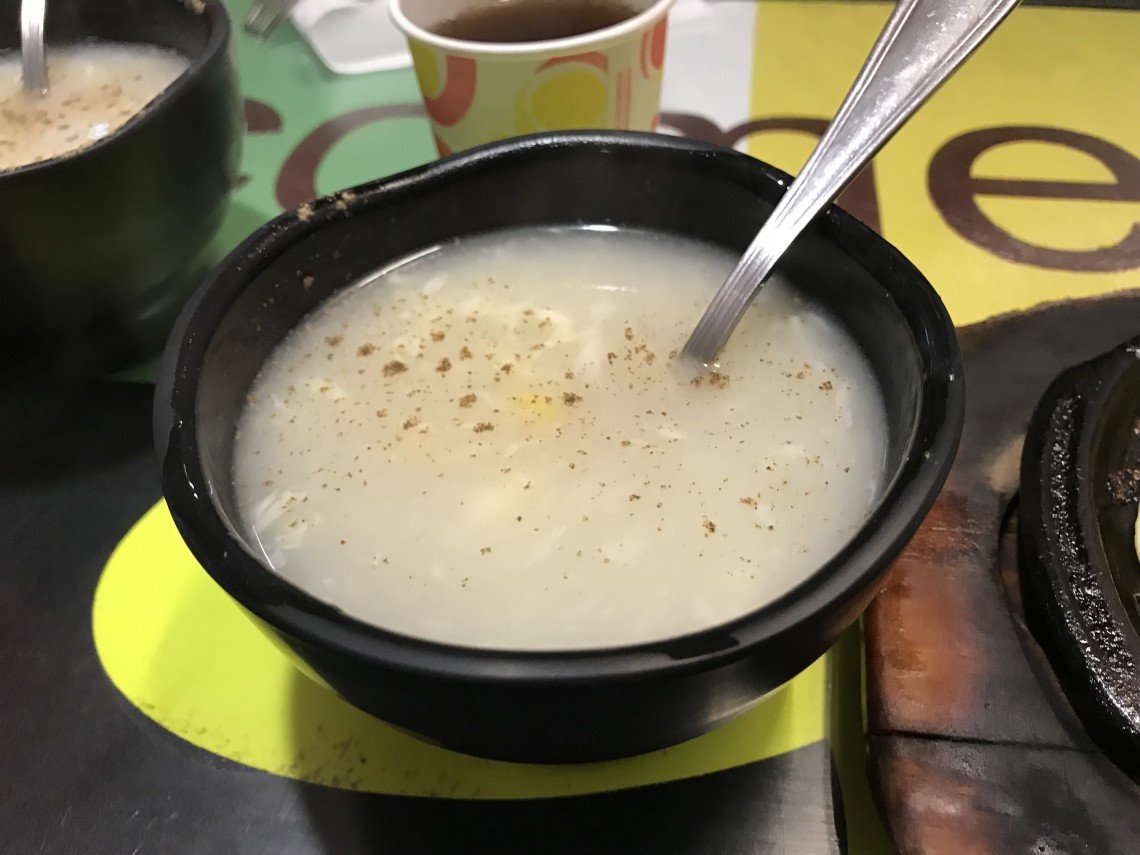 After getting our steak fix, we went next door to try Xiao Cha Zhai (小茶齋 / xiao cha zhai). There were many good reviews out there for their brown sugar milk tea. The taste doesn’t match Chen San, but for what it’s worth, it was still pretty good.

Do drop by if you’re in Taichung and looking for a night market that’s a little more manageable than Fengchia.