Living in Los Angeles and having Taiwanese friends from college, I was aware of how some Taiwanese food was packaged for an on-the-go meal. More specifically, I knew that bento boxes existed in Taiwan, but I thought they mostly took the form of railroad box meals (台鐵便當 / tai tie bian dang).

Granted, I was eating at sit-down restaurants, many of the railroad box meals that I encountered were sold in metal tins that would sometimes unlock to reveal an entire meal.

I was pleasantly surprised to see and learn that “便當” is really a more encompassing term for boxed lunch in the same way that bento (弁当 / ben tou) is used in Japan. One of the first box lunches (盒飯 / he fan) that I encountered was in Yilan at Woo Ricebox (悟饕池上飯包 / wu tao chi xia fan bao). 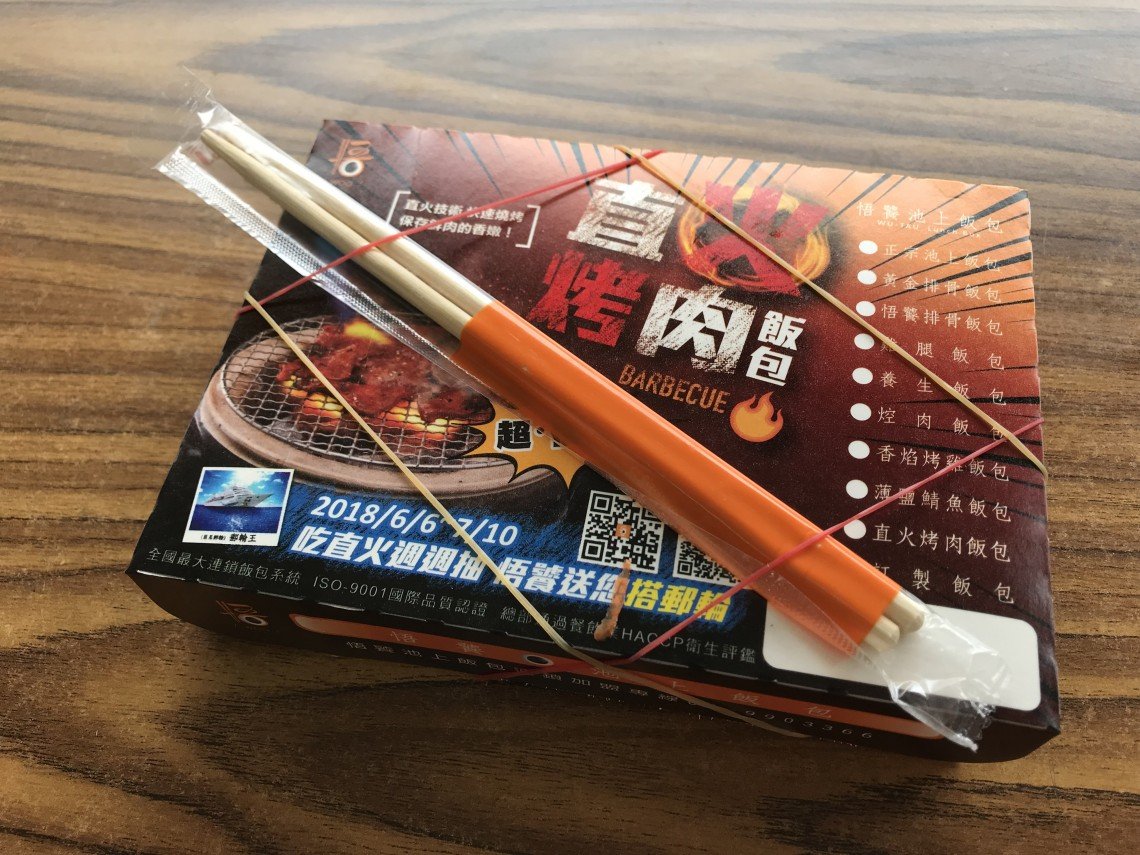 I ordered a chicken steak meal (雞排 / ji pai). Each set came with a box like the one above. At first glance, the box doesn’t look like much. It has two rubber bands that prevent the box from opening up. It also has a chopstick slid into place. On the right side, the store can mark what’s inside and presumably write more in the corner.

When I took off the rubber bands and the top cover, I found a fun-sized box made of balsa wood with a variety of vegetables, meats, and rice. 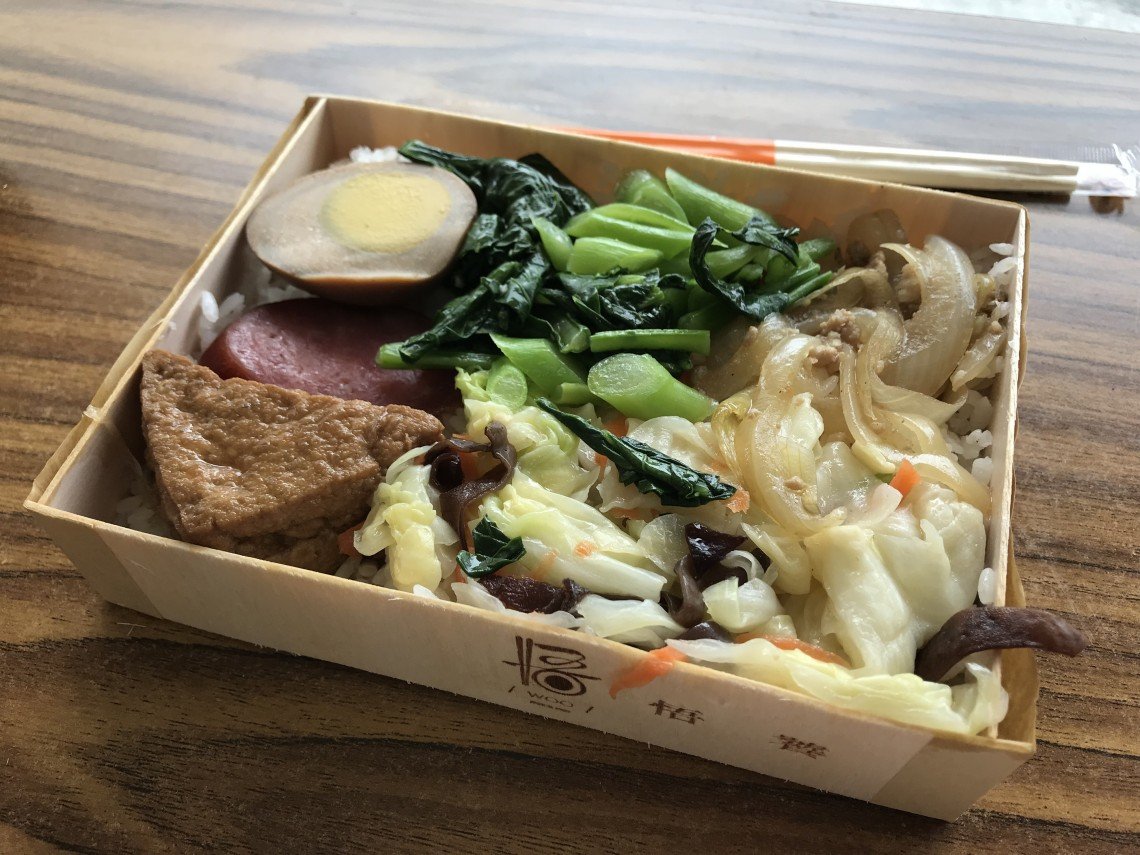 By far the best part of my lunch was what was inside of the meal box. I enjoyed every part of it from the soy sauce egg to the boiled cabbage. I loved the variety of the foods and care taken in making this box look nice to eat. 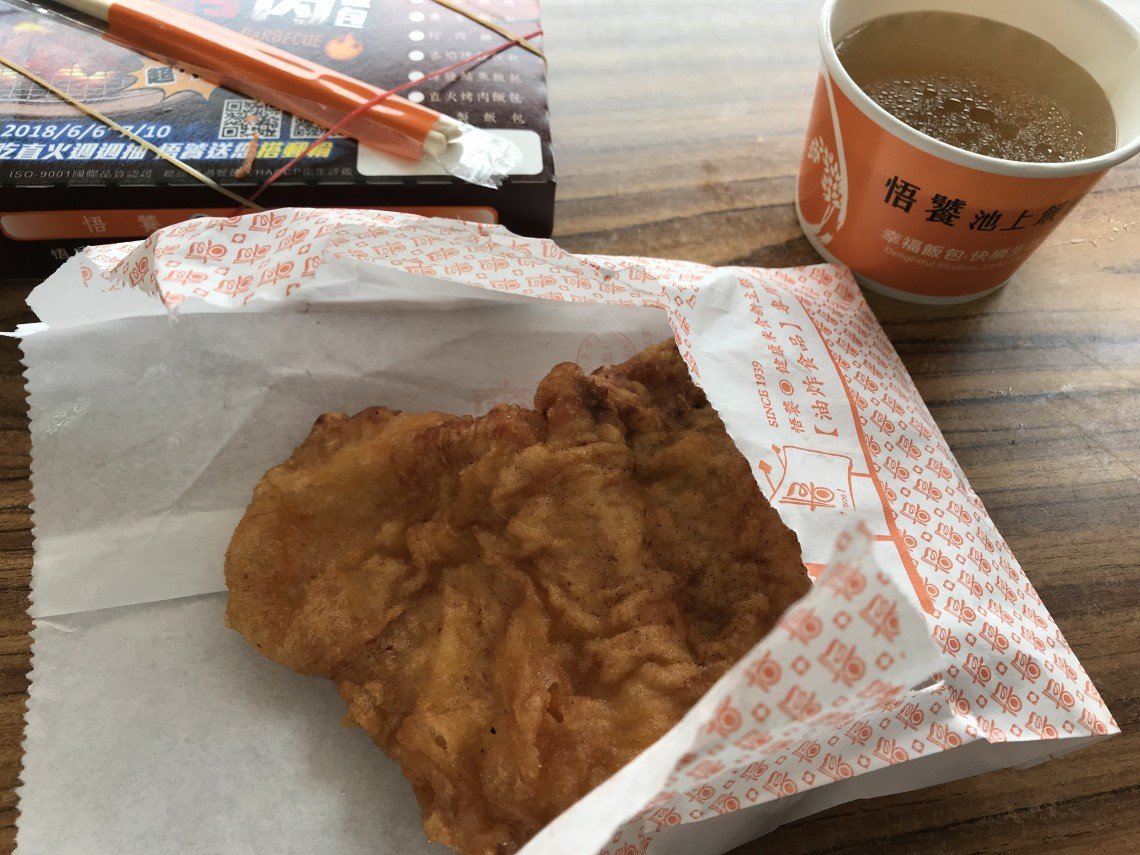 I’m still surprised that each box is made out of balsa wood knowing that the boxes are going to be discarded. I would definitely give the Taiwanese bento a try also. There are apparently many places where you can find “bian dang.” If you happen to stop by Woo Ricebox, you might want to look into skipping the chicken steak and finding a meat that’s a little more fresh.