Checking Out One of the Top Bakeries in Taiwan

I previously wrote about how bakeries are big thing in Taiwan. With just how many good bakeries there are across the island, I’m always surprised when one manages to stand out.

Driving back from dinner, we made a pit stop at a bakery called Wu Pao Chun (吳寶春麥方店 / wu bao chun mai fang dian). I didn’t know anything about this bakery, but apparently it is one of the most famous. As this location recently opened, we stopped on by. 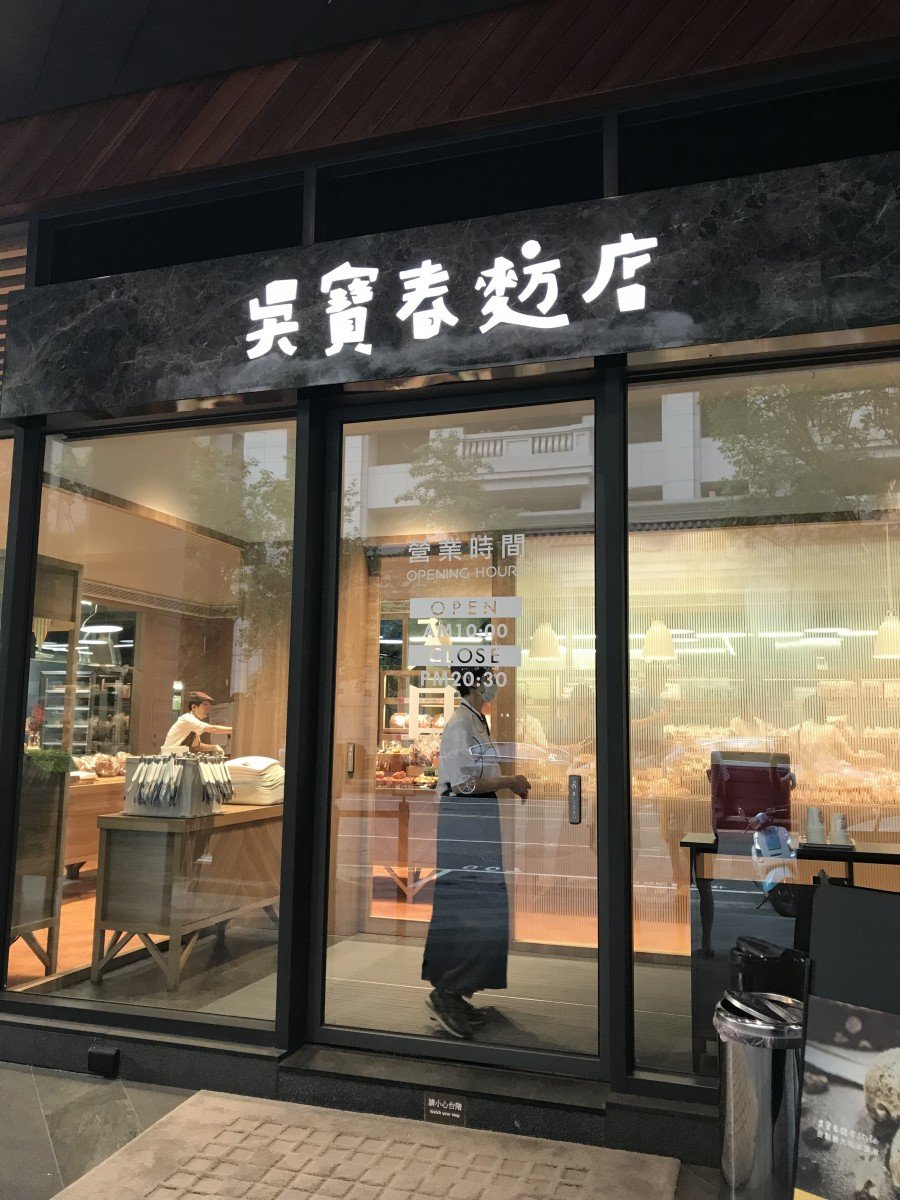 Immediately we were greeted by a worker who gave us a tray to place the baked goods we wanted. She also offered tea to quench our thirst. 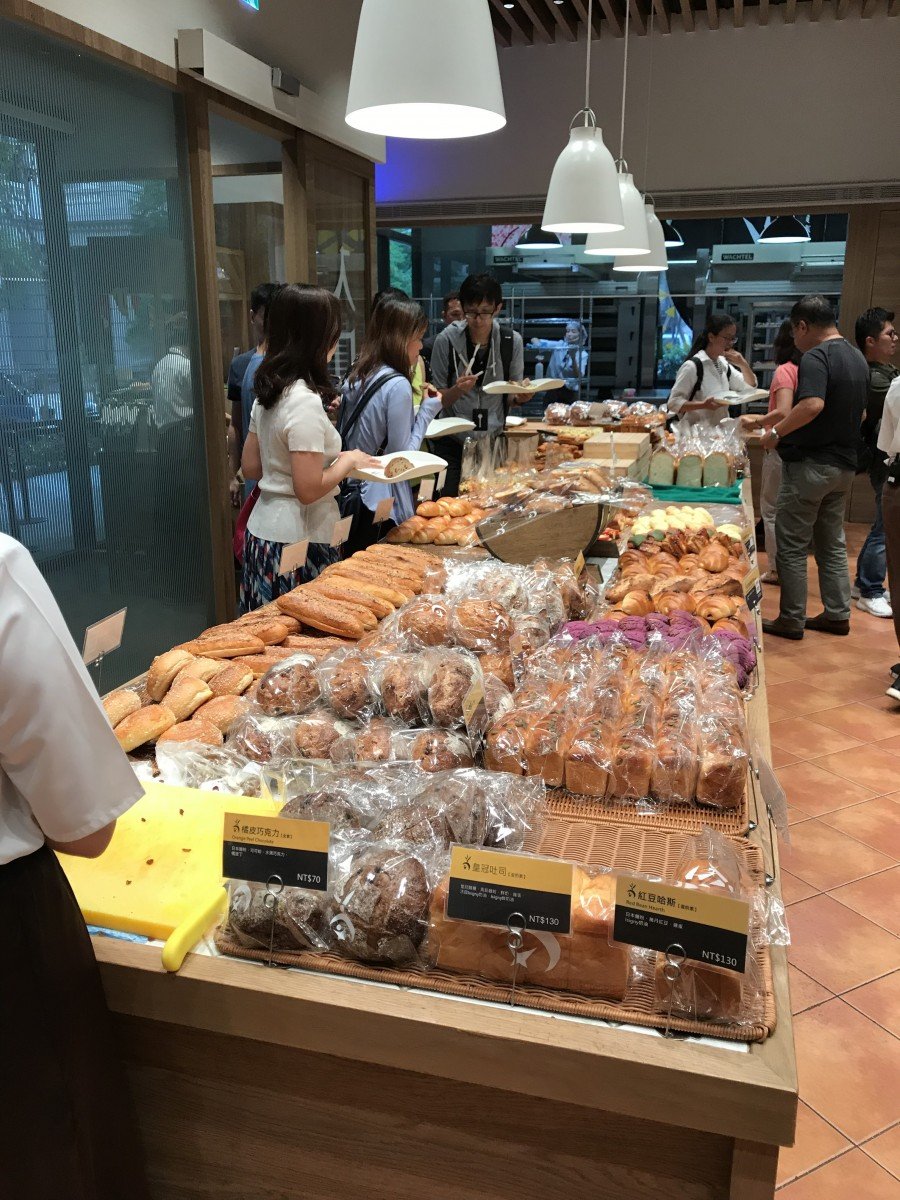 Inside, Wu Pao Chun looks a little different from other bakeries in that a large portion of their inventory is laid in the middle on a large table. They have the shelves that one would expect from shops like 85º, but a majority of the focus was on large loaves of bread (麵包 / mian bao) that were placed front and center. 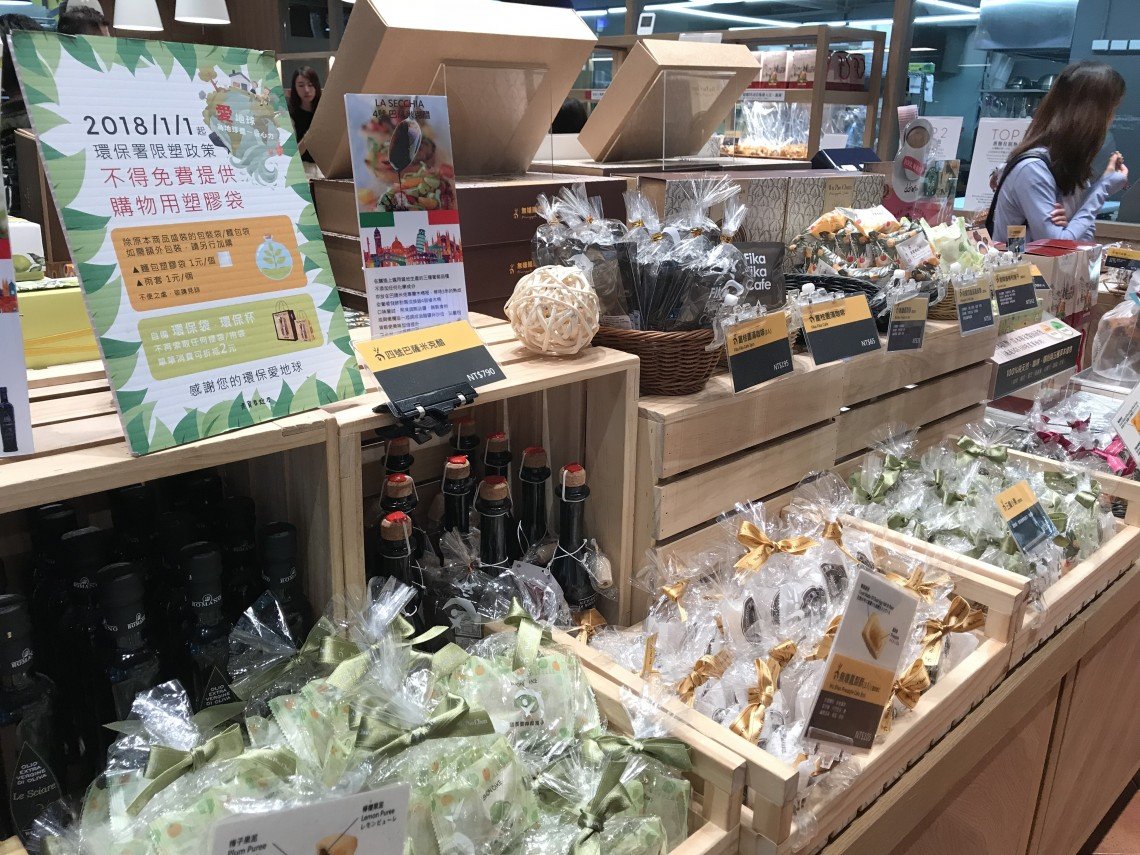 In addition to freshly baked goods, Wu Pao Chun also had a variety of cookies, cakes, and oils for purchase. Everything was so nicely packaged that I could easily see these items being given as a gift as well as purchased for personal enjoyment. 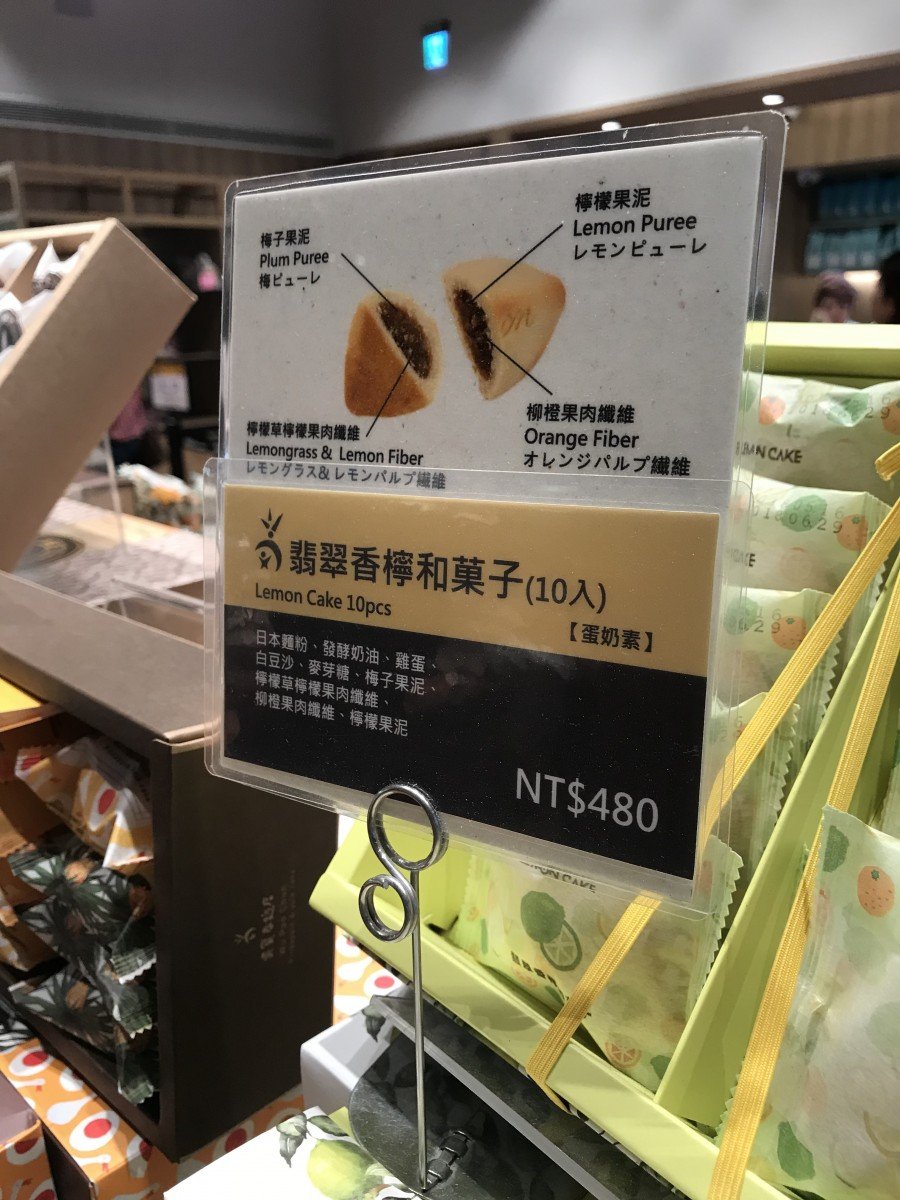 There were a few samples to try as well, a fact that separates many bakeries out there. The samples were also fairly large which was surprising. 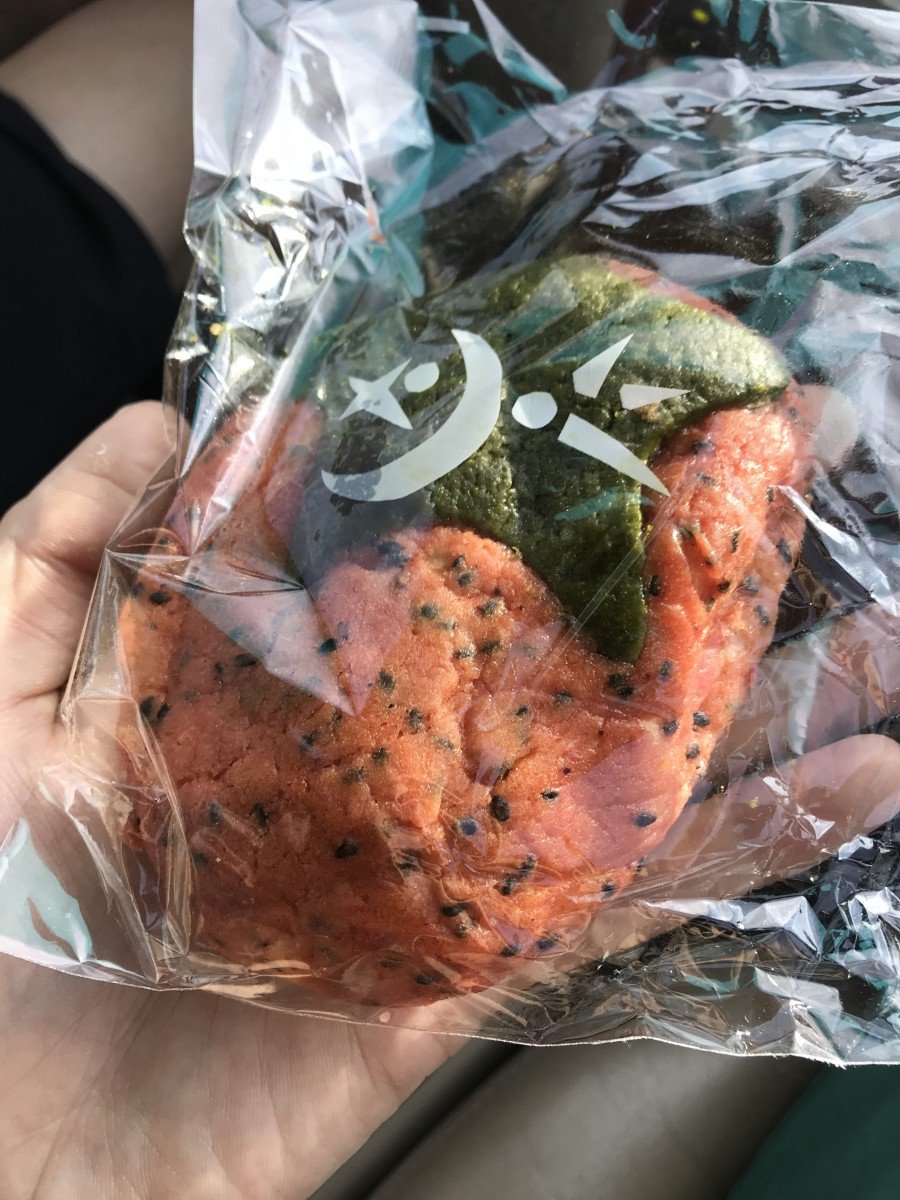 After feeling overloaded by the number of choices, we eventually got two buns, one of which looked like a strawberry. They were just what I would have expected from a good bakery—soft and just the right sweetness level. Next time, we’ll have to get one of the loaves of bread that they’re known for. I’m sure it will be great.