Bringing Back the Best Taiyang Bing

New York has babka from Zabar’s.

When I first went to Taiwan and asked friends what they wanted me to bring back, time and time again I heard sun cake (太陽餅 / tai yang bing). Curious, I did some research.

Sun cake is a flaky pastry that is often filled with maltose. It is enjoyed often with tea and sometimes made into a porridge. They’re often sold in boxes that are given as gifts.

Taiyang Bing also originated in Taichung. It was given the name by one of the most famous shops, Sun Booth. As the name wasn’t trademarked, sun cake took hold as the default name for the pastry.

I’ve tried a few different kinds of sun cake at this point. Each has tasted, mostly similar.

I wanted to find the best though.

This journey took me to the Central District in downtown Taichung to check out Amin Division (阿明師太陽餅店 / a ming shi tai yang bing dian). 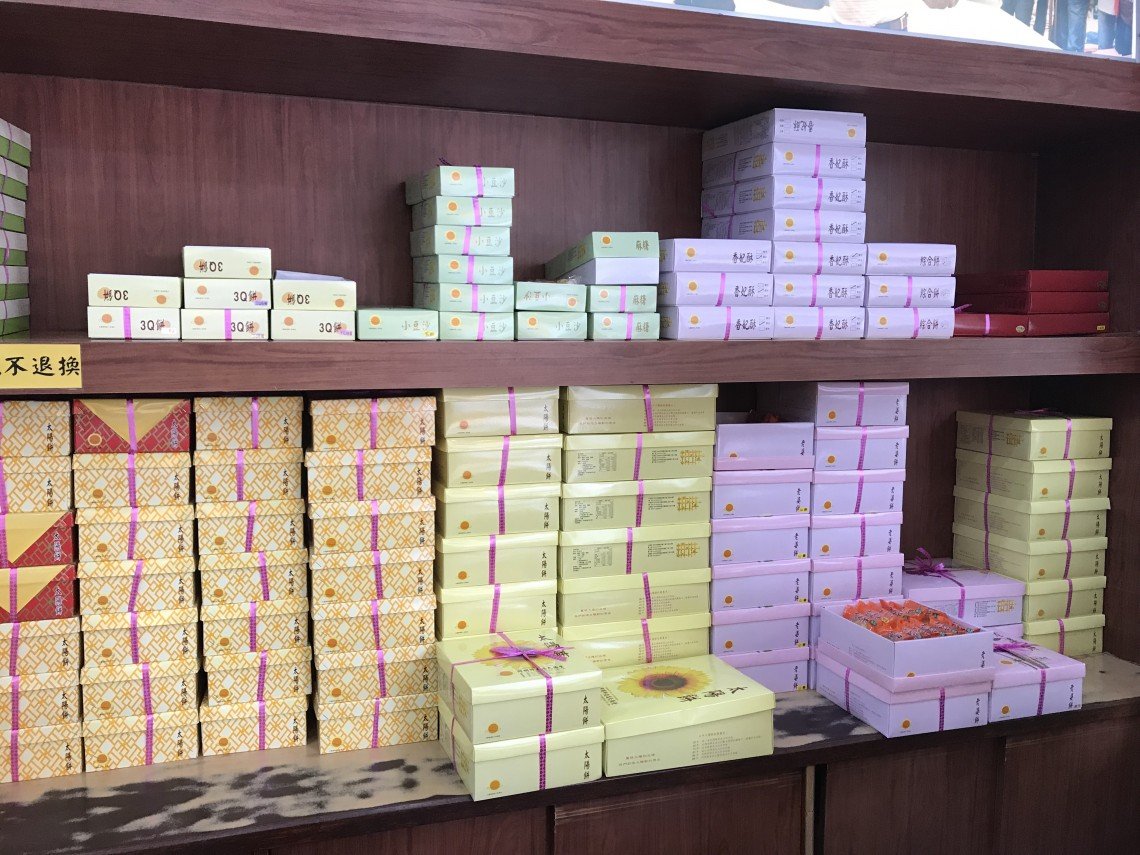 The store shelves are lined with nicely wrapped boxes of various pastries. In front of these shelves is a display case with the boxes open and samples of all the different cakes on top. 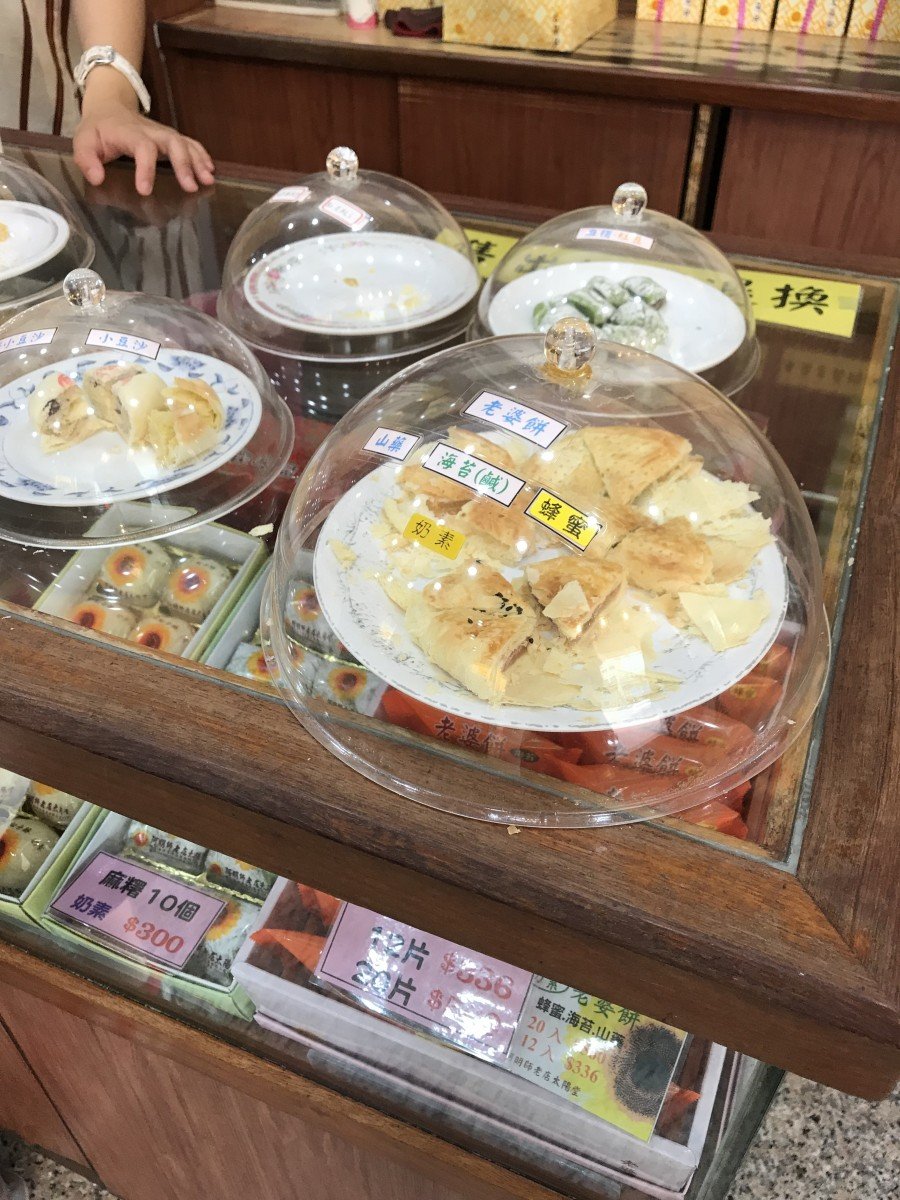 Though they had a variety of cake, ranging from red bean cake (紅豆餅 / hong dou bing) to wedding cake (囍餅 / shi bing), I was here for the sun cake. 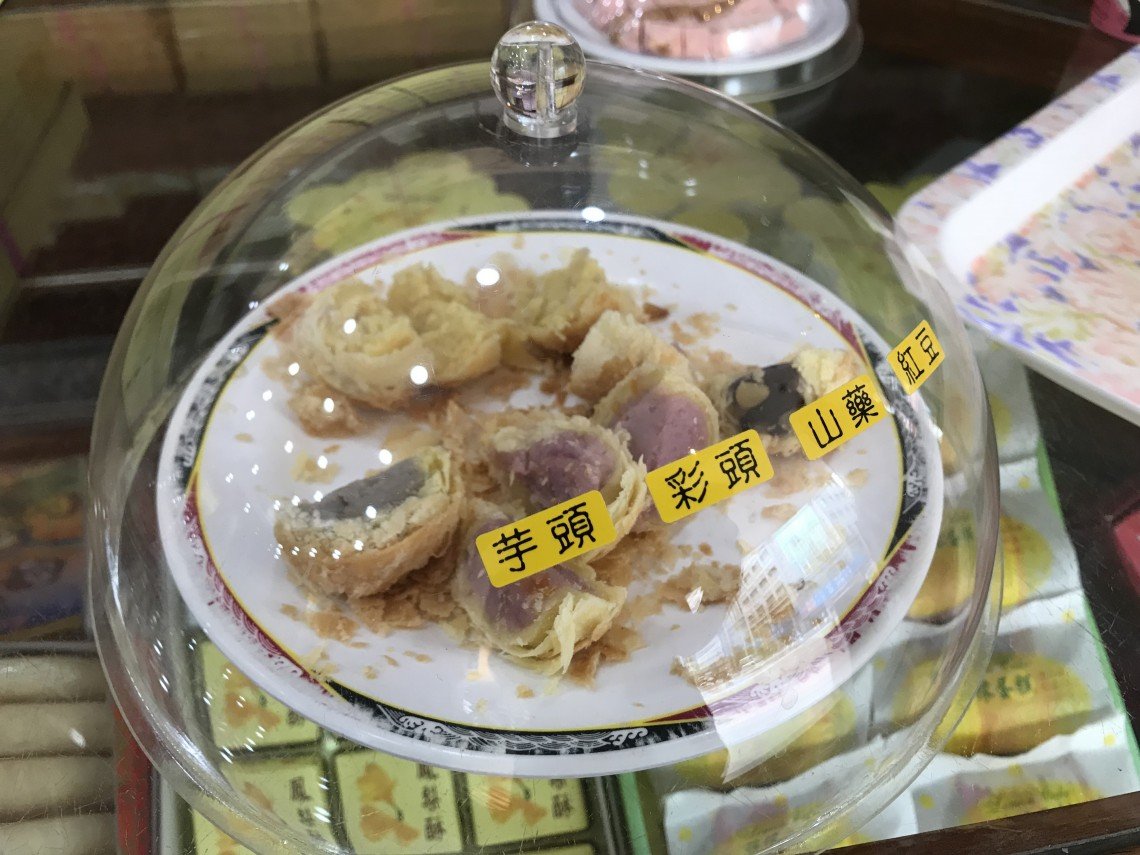 They had two different types of taiyang bing that I tried. One was the traditional version on the right apparently made with pork fat (豬油 / zhu you). The other was a honey-based vegetarian version on the left. Both were great, but I thought the honey version was particularly good and unique. 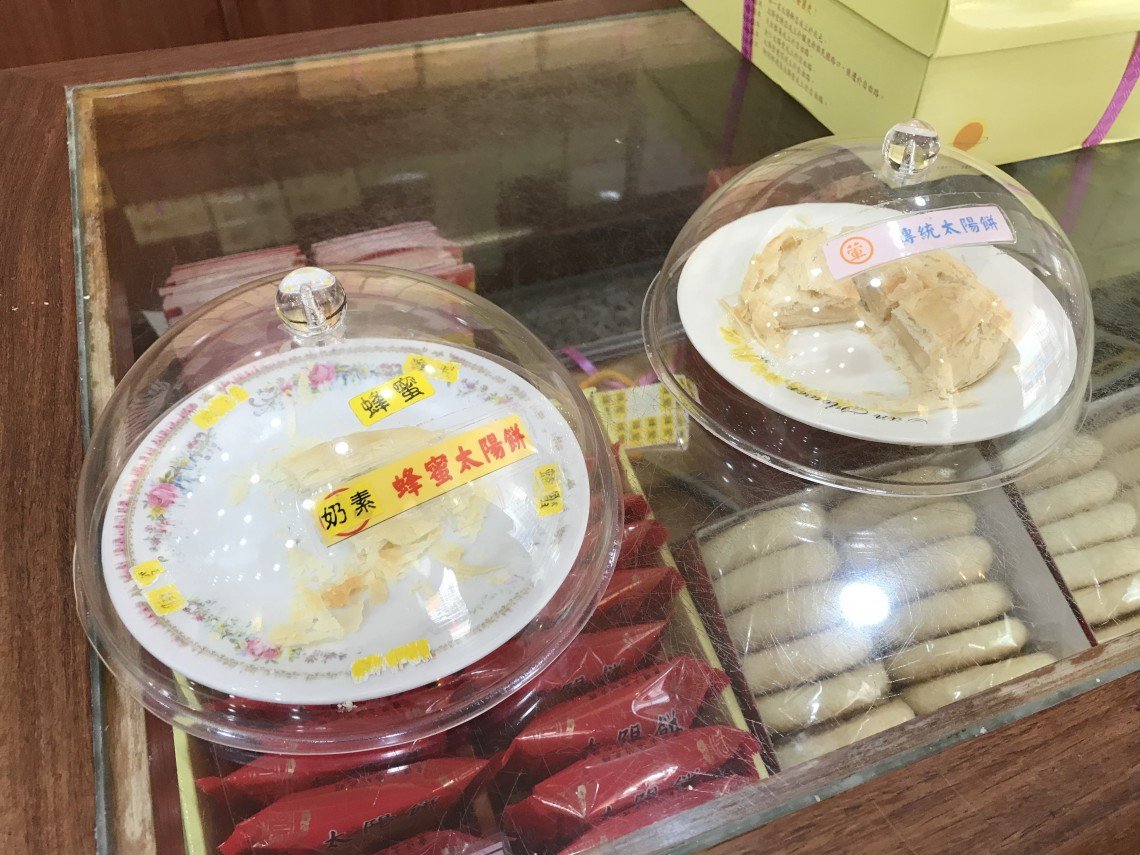 We picked up both before heading out to more adventures. I don’t normally crave sun cake, as it’s a pretty dry pastry, but I do occasionally think about Amin and their honey sun cake. Will have to go back in the future to pick up some more tai yang bing.