One of the big things I wanted to do in Taiwan was better understand just how my boba drink came to be. After learning about the origins of bubble tea by taking a pilgrimage to the original Chun Shui Tang, I wanted to learn more about the tea that goes into the drinks.

To do this, we went to the Nantou region (南投縣 / nan tou xian) of Taiwan to visit a tea plantation, Beautiful Fragrant Garden Tea and Coffee (奕馨園茶葉&咖啡 / yi xin yuan cha ye & ka fei). When we parked, the building was unsuspecting.

Except for large bamboo trays hanging on a wall, the location felt like any large home in the countryside.

We met with the owner “Uncle Lin” who graciously greeted us and took us on a tour of his plantation. After dressing up in traditional tea-picking clothes (a bright red jacket and bamboo hat), he took us a few blocks away to his garden where there were rows and rows of tea plants. 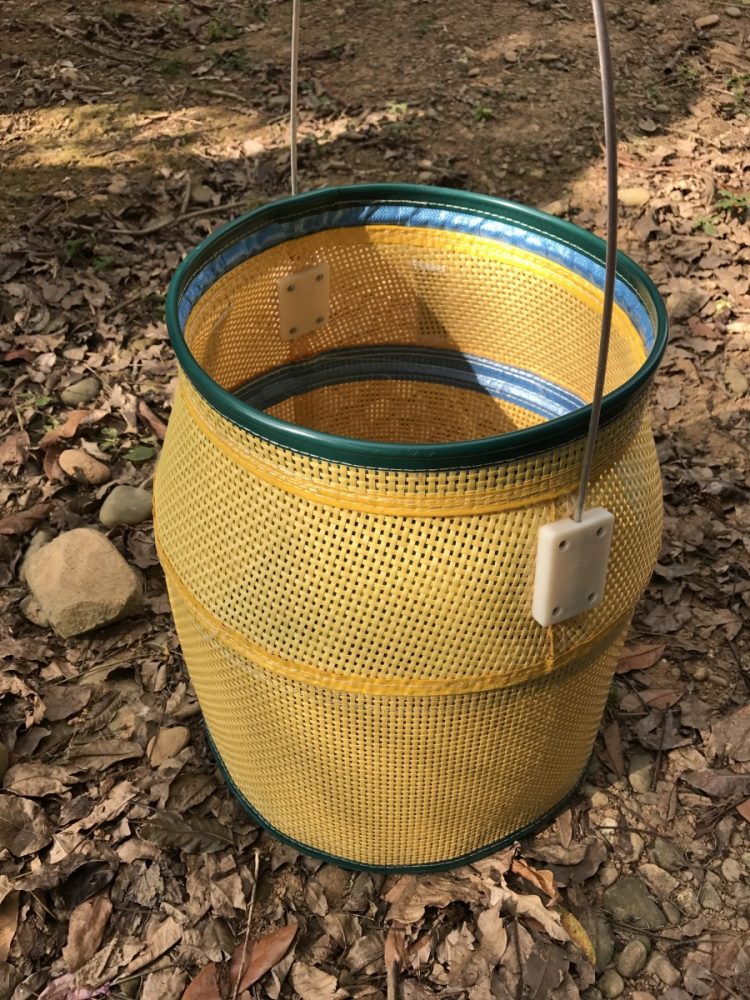 Carrying these huge baskets, we were instructed to pick the top two-three leaves (as they would give a fresher taste than older leaves). 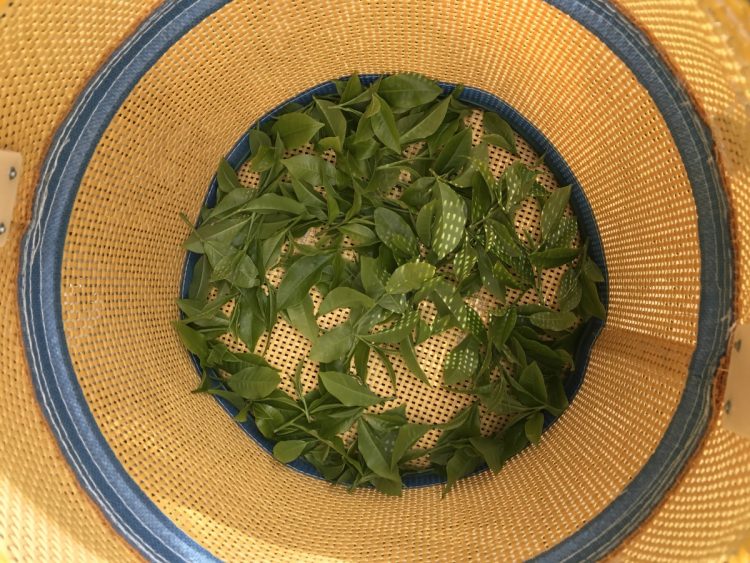 Tea-picking is surprisingly hard work with a lot of time spent searching for the right leaves to pick and fending off mosquitos. Repellant would have been a good idea to wear, especially since, unlike many other farms, Uncle Lin’s is organic. 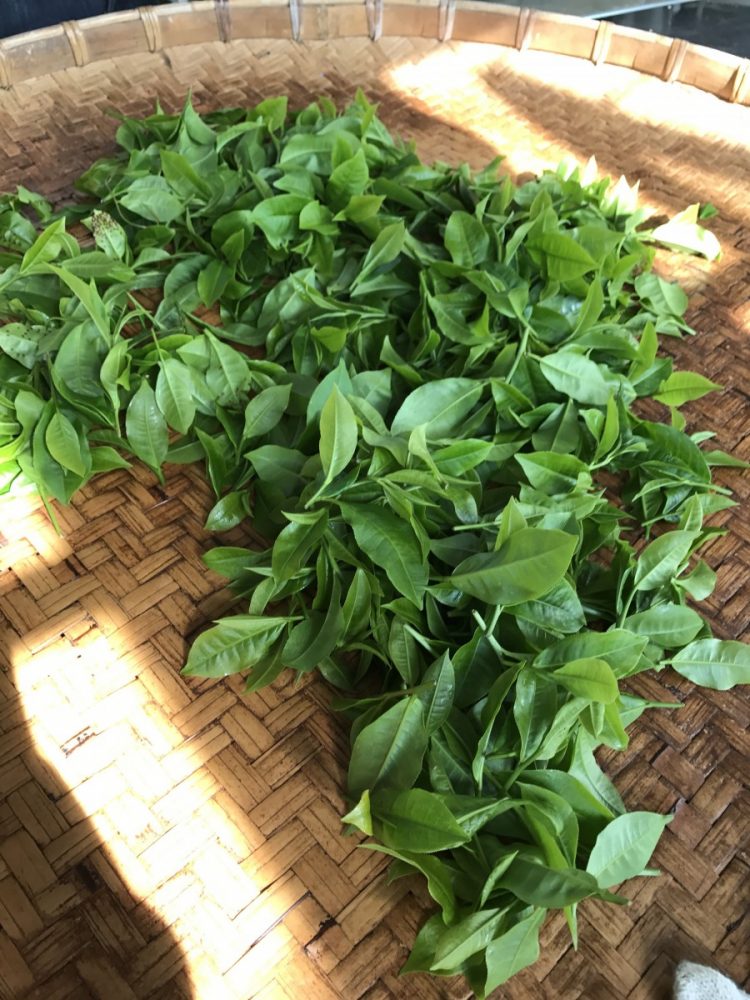 Back at the house, we began the process of turning the freshly picked tea leaves into the tea we know and love.

There are various types of teas, which basically means that the camellia sinensis leaf is processed differently. For the tea that we were making, green tea (綠茶 / lu cha), the first part of the process involved pan-frying the leaves. 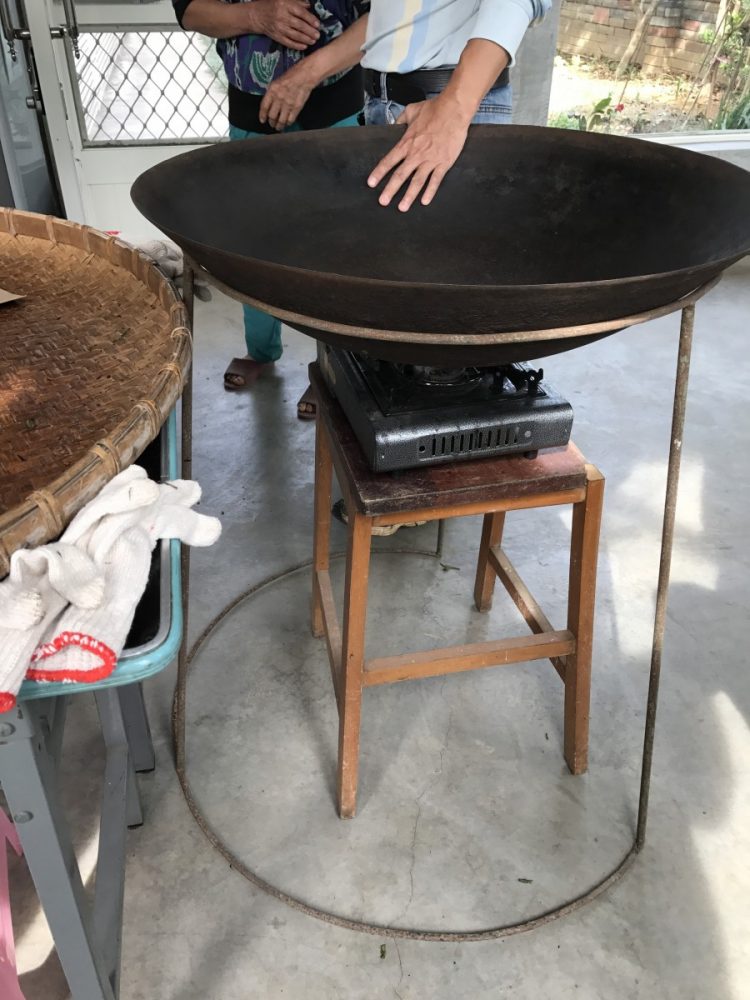 Pan-frying prevents the leaves from oxidizing and becoming oolong or black tea. With a quick application of heat to the leaves, we went onto the process of rolling the tea.

To do this, we used something akin to a cheese cloth to breakdown and start removing some of the moisture from the leaves. Leaves were put in the cloth and we moulded the leaves into a smaller and smaller bundle.

After rolling and squeezing water out, we emptied the bundles onto large metal screens for the next step, baking. 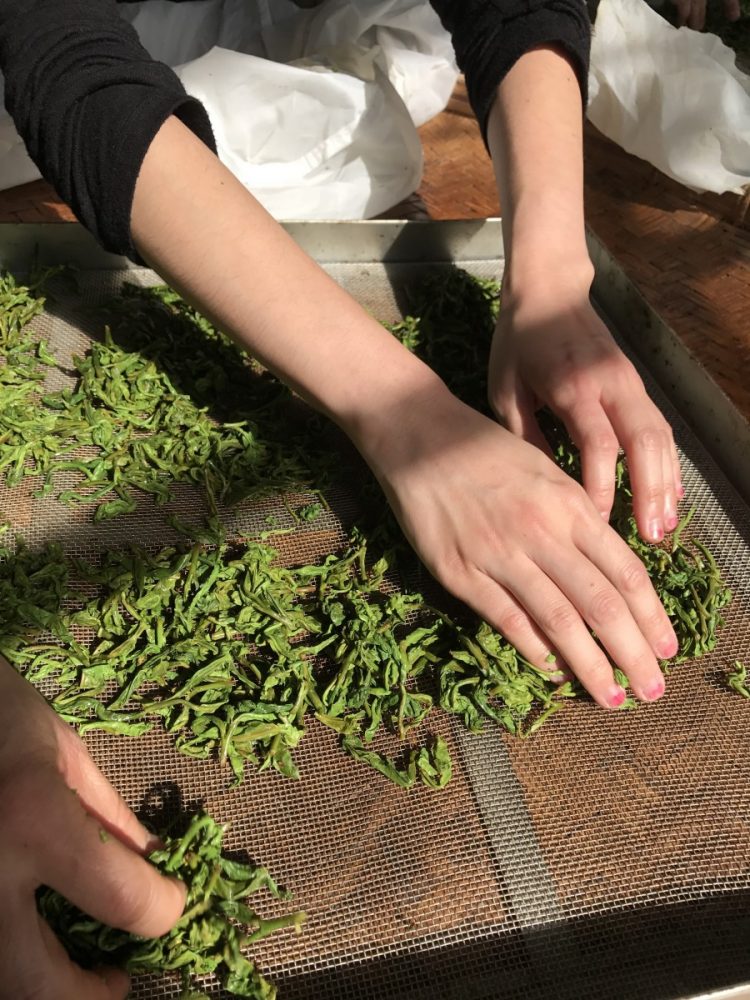 We gently laid out the rolled leaves so that they could receive an equal amount of hot air. 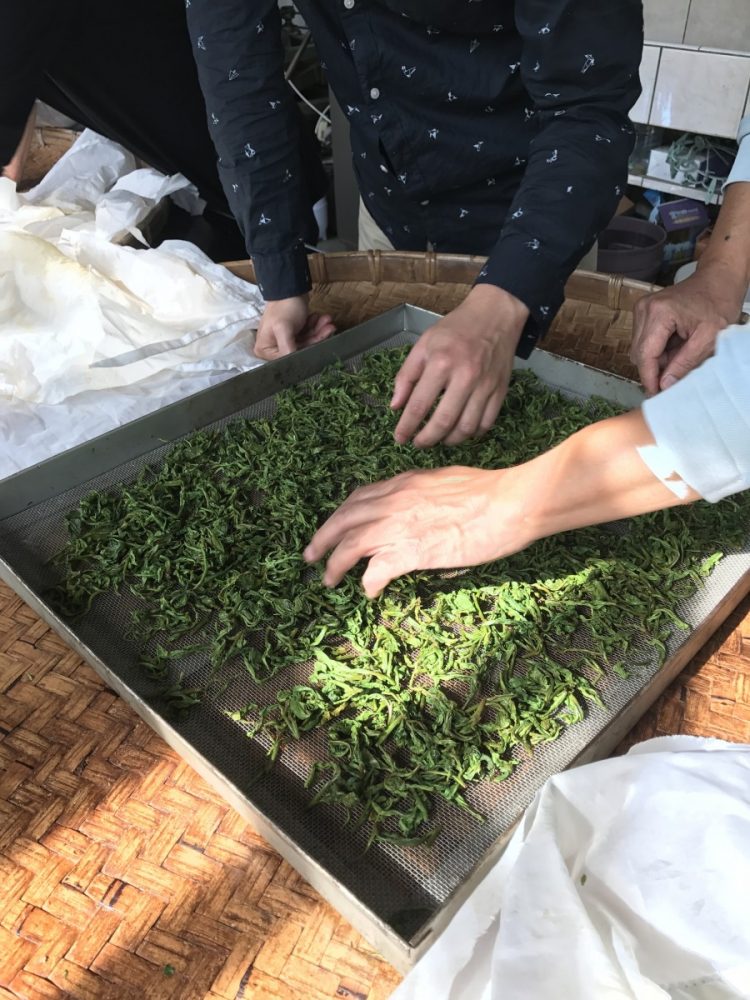 After finishing this step, the trays were placed into an oven to bake and remove the rest of the moisture. Moisture, of course, is the enemy of tea as it allows for the growth of actual fungus—which no one wants.

To pass time, we learned more about the process of brewing tea and the different types of tea. Did you know there’s such thing as blue and yellow tea?

After tasting other teas in production at the farm, our newly picked, rolling, and baked green tea was ready! 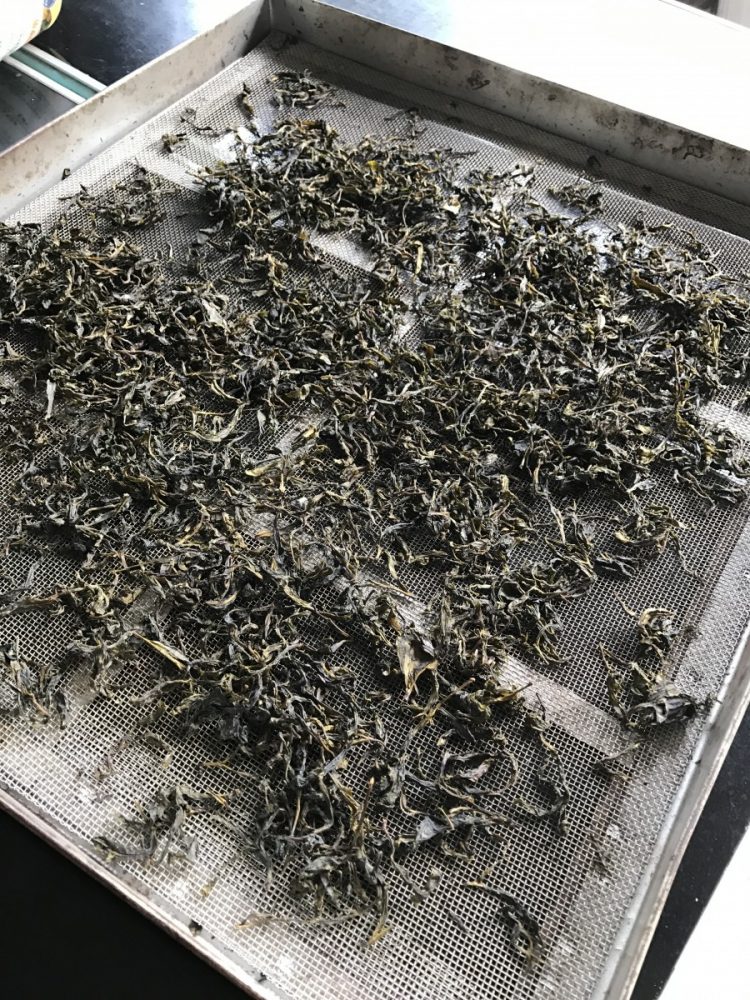 By the time we finished, I felt like I had raised something amazing to be cherished and shared with loved ones. The taste was quite unlike anything I have had before with a freshness that I can’t imagine coming from generally produced tea.

Overall, the experience was one of the best I had in Taiwan to date. Even if not here, I would recommend learning about tea in Taiwan. Tea is such a big part of the culture. It’s refreshing knowing more about how what I’m drinking came to be.

Maybe I’m a bit of a nerd when it comes to food production and knowing where foods come from. There’s truly so much more than meets the eye in each cup of tea. I smile knowing more about the history and production of this amazing beverage.